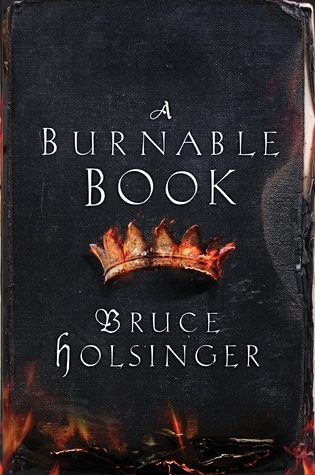 A note to the reader

Excerpt from
The Invention of Fire

John of Gaunt,
Duke of Lancaster, brother of Prince Edward

Henry of Bolingbroke,
son and heir to John of Gaunt

Katherine Swynford,
governess and consort to John of Gaunt, sister-in-law of Geoffrey Chaucer

OFFICERS OF THE CITY OF LONDON AND SERVANTS OF THE CROWN

Nicholas Symkok,
clerk to the king’s coroner of London

COMMON WOMEN OF LONDON AND SOUTHWARK

TRADESMEN, FREEMEN OF LONDON AND SOUTHWARK, AND COMMONERS

Will Cooper,
his servant

Gerald Rykener,
his second apprentice and ward; brother of Eleanor/Edgar

Peter de Quincey,
keeper of the books of Durham

At Prince of Plums shall prelate oppose

A faun of three feathers with flaunting of fur,

Long castle will collar and cast out the core,

His reign to fall ruin, mors regis to roar.

By bank of a bishop shall butchers abide,

To nest, by God’s name, with knives in hand,

Then springen in service at spiritus sung.

In palace of prelate with pearls all appointed,

By kingmaker’s cunning a king to unking,

A magnate whose majesty mingles with mort.

On day of Saint Dunstan shall Death have his doom.

—
THE THIRTEENTH PROPHECY, FROM
LIBER DE MORTIBUS REGUM ANGLORUM
(“BOOK OF THE DEATHS OF ENGLISH KINGS”
)

Moorfields, north of the walls

U
nder a clouded moon Agnes huddles in a sliver of utter darkness and watches him, this dark-cloaked man, as he questions the girl by the dying fire. At first he is kind seeming, almost gentle with her. They speak something like French: not the flavor of Stratford-at-Bowe nor of Paris, but a deep and throated tongue, tinged with the south. Olives and figs in his voice, the embrace of a warmer sea.

He repeats his last question.

The girl is silent.

She falls to the ground. He squats, fingers coiled through her lush hair.

The girl shakes her head. This time he brings a fist, loosing a spray of blood and spittle from her lips. A sizzle on a smoldering log. Now he pulls her up, dangling her head before him, her body a broken doll in his hands. Another blow, and the girl’s nose cracks.

“
Ileebro!
” Screaming at her, shaking her small frame.

He releases her and stands. Hands on his knees, he lets fly a string of words. Agnes can make nothing of them, but the girl shakes her head violently, her hands clasped in prayer.

“
No no no, seenoray, no no no.
” She screams, sobs, now whimpers as her softening cries fade into the silence of the moor.

This time the girl hesitates. Moonlight catches the whites of her eyes, her gaze darting toward the dense foliage.

In the thick brush Agnes stiffens, ready to spring. The moment lengthens. Finally, in the clearing, the girl lowers her head. “
Nonloso.
” Her voice rings confident this time, unafraid.

The man raises a hand. In it he clutches a stick of some kind. No, a hammer. “This is your last chance, my dear.”

Agnes’s limbs go cold.
Perfect gentleman’s English.
More than that, she knows this man’s voice, has heard it close to her ear, though she can’t summon the face. One of a thousand.

Now the girl throws back her head, lips parted to the dark sky, the dread ascending in a last flux of words: “
Though faun escape the falcon’s claws and crochet cut its snare, when father, son, and ghost we sing, of city’s blade beware!
”

English again, brushed with an accent, confusing the night with these strange portents hurled at the stars. She’s taunting him, Agnes thinks. He hesitates, the hammer still in the air.

Finally it descends. There is a glint of iron, and a sound Agnes will never forget.

F
or hours Agnes waits, as the moon leaves the sky, as the din of night creatures falls slowly into a bottomless silence. Now dawn, birdsong mingling with the distant shouts of workingmen within the city walls. The priory rings Lauds, and light rises across the moor.

Time to move. She arms aside a span of branches, scoring her wrists on dense clusters of twigs and nubs. A tentative foot out among the primrose, a pale blanket of scent.

Her gaze glides over the clearing: the lean-to, the remnants of the fire, the body. Her killer has stripped the girl to the flesh. Not with unthinkable intent, but with a deliberation that makes clear his aim. He was searching her, picking at her, like a wolf at a fresh kill. No rings on the delicate fingers, no brooch at the slender neck, though a silver bracelet circles her wrist. With her right hand Agnes clumsily unclasps it, admiring the small pearl pendant, the delicate chain. She pockets it. The only other item of value is a damask dress, tossed over a rotten log. Too big and bulky to carry into the city, and too fine for Agnes to wear.

Her left arm, still pinned at her side, aches. The small bundle has been clutched too tightly to her breast, almost molded to her body. A thousand thorns wake her limb as she examines what the doomed girl thrust wordlessly at her hours ago. A bright piece of cloth, tied in leather cord, wrapped around a rectangular object of some kind. She collapses on a high stone and rests the bundle on her knees. With one tug the cord comes free.

A book. She opens it, looking for pictures. None. She tosses the thin manuscript to the ground.

What she notices next is the cloth. A square of silk, the embroidery dense and loud, the whole of it still stiff with the volume’s shape. She spreads the cloth to its full span. Here is a language she reads: of splits and underside couching, of pulled thread and chain stitch, an occulted story told in thread of azure, gold, and green. At the center of the cloth appear symbols that speak of ranks far above hers. Here a boy, there a castle, there a king; here lions rampant, there lilies of France; here a sword, there a shield.

Agnes knows something of livery, suspects the import of what she holds. A woman has just died for it, a man has just killed. For what? She remembers the girl’s last, haunting words.

Though faun escape the falcon’s claws and crochet cut its snare,

When father, son, and ghost we sing, of city’s blade beware!

The rhythm of a minstrel’s verse, one she has never heard. Yet the rhyme will not leave her mind, and she mouths it as she thinks her way back through the walls. Which road is less likely to be watched, which gate’s keepers less likely to bother with a tired whore, some random maudlyn dragging it into London at this hour?

Cripplegate.
Agnes takes a final kneel next to the dead girl and whispers a prayer. She retrieves the book and wraps it once more in the cloth, hiding them both in her skirts.

Soon she has left the Moorfields and traced a route below the causeway, circling north of a city suddenly foreign to her, though she has spent nearly all her life between its many gates. She enters London dimly aware that she holds things of great value on her person and in her mind, though unsure what to do with any of them, nor what they mean, nor who to trust.

A cloth, a book, a snatch of verse.

Which is worth dying for?