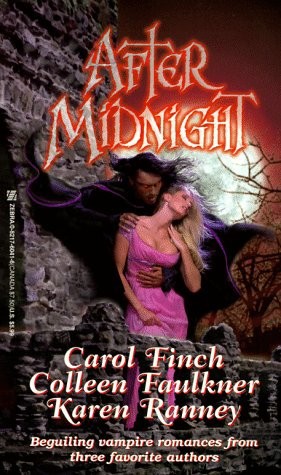 The Coast of Scotland

"Master, the mail steamer comes. Should I go doon tae the dock and fetch the bookman, or do ye wish tae go yerself?"

Gordon Fraser glanced up from beneath the brim of his Spanish leather hat, gardening shears poised in his gloved hand. "Early this month," he mused.

"Aye." Angus's broad shovel-face remained inanimate. His hands, as always, were tucked neatly behind his back. "By at least an hour, master."

Gordon snipped the rose he had chosen and placed it carefully in a basket at his feet. The Mary Jean, he called this hybrid, after his maternal grandmother. He glanced at Angus. "I should like to go." A frown creased his brow. "But I suppose it wouldn't appear seemly, would it? The Laird of Fraser Castle bounding down the hill as if in search of a new playmate."

Gordon parted the thorned bush in search of another exquisite flower. "Nay. Go with ye." He shooed his manservant with the shears. "Fetch him, and I'll stay my distance until nightfall. We'll dine in the great room. It's so long since last I had a visitor." He glanced up again quickly. "Since someone
visited
me, I mean. Not since I—" he gestured "—you know,
had
one."

Gordon chuckled, unprovoked by his manservant's remark. Angus intended no offense. It was the truth. "Time does fly, does it not?"

"Aye. I suppose for ye." Angus took a step back. "I will bring the bookman from the dock. What room should ye like him—tae sleep in, I mean, my lord?"

"The green room. It has a very pleasant view of the bay and a small library of its own. I should think he would like it."

Gordon returned his attention to the rosebush as Angus disappeared into the arched doorway of the castle's courtyard. A door hinge squeaked, and Gordon made a mental note to see to its repair. He sighed. The door was only three hundred odd years old. Craftsmanship just wasn't what it used to be, was it?

Thunder rumbled in the sky. Clipping one more Highland rose, Gordon picked up the basket. Each flower he'd chosen was prettier than the last. They would be perfect on the table at the evening meal.

Tugging on the brim of his hat to block out the brightness of the stormy sky, he started for the house. He wanted to choose the perfect wine from his cellar to accompany the poached fish Angus would be preparing.

Thank goodness E. Bruce MacDougal had finally arrived. Gordon began making arrangements with a broker in London for Mr. MacDougal's services nearly a year ago. If the man hadn't come on this steamer, Gordon didn't know what he would have done. He had a Gutenberg Bible with a few water-stained pages in need of repair, and he wanted to be certain the work was complete prior to the
anniversary
.

Gordon frowned as he made his way into the rear of the castle and down a stone passageway. He had told himself he wouldn't think about the
anniversary
. There was no need to become melancholy over that which he could not change. Besides, the matter was settled. Mr. MacDougal could do the restoration and still serve his purpose when the time came.

As Gordon walked, he whistled an ancient tune. He didn't know what made him think of it, but it reminded him of his little sister. She had loved that song. He smiled, halting to close his eyes and luxuriate in the memory. She'd had the prettiest blue eyes.

Gordon continued on his way, still whistling. It would be so nice to have a visitor after all this time. Even though he kept busy with his books and other treasures, he missed human companionship. And MacDougal would be here for a month! Four weeks of conversation beyond Angus's limited contributions was indeed a pleasant thought. Gordon hoped he would like Mr. MacDougal. Well, perhaps not too much, else it would make it more difficult to kill him, when the time came.

Dark rain clouds swirled overhead as Emily MacDougal followed the huge, hunch-shouldered man in the black frock coat up the hill from the dock. One leather satchel in each hand, she glanced over her shoulder and mouthed, "Come on" to her companion, Ruth Greenfield.

Ruth, carrying three monstrous bags, made a hideous face and gestured toward the man who had been introduced by the steamer's captain as Angus, Gordon Fraser's manservant. Angus had yet to speak a word. Ruth lifted her satchels high and comically imitated his stiff, lurching walk.

Emily rolled her eyes and gestured with her chin for Ruth to hurry. The path wound around and up, gradually growing steeper. As she walked, her own cases grew heavier.

Ahead, perched on a cliff overlooking the bay, loomed a great gray stone castle complete with towers and turrets. Emily had expected Fraser Castle to be grand, but not so dark and… mysterious. And where had the dark clouds and ominous thunder come from? Hadn't it been sunny when they left the mainland only a mile away?

"The castle is built in the classic Scottish Z-shape," Emily said. Facts and figures always had a calming affect on her. "With two square towers at diagonal opposing corners, it's easier to defend." She glanced doubtfully at the churning gray water far below beyond the sheer rock. "Though how someone could sneak up on them, I couldn't say."

Ruth hurried to catch up. It was beginning to rain.

"We should have gone to Paris. I told you to take the job in Paris."

"It wasn't a Gutenberg."

"It was Paris, the city of romance," Ruth declared theatrically. She was now dragging one of her bags.

"And miss the chance to see the Scottish Highlands?" Emily grunted, thankful she needed only a few supplies. Another bag and she'd surely have not made it to the castle door. The path had become so steep that she had to concentrate to keep her footing on the loose stones.

The manservant remained only a few paces ahead, but made no offer to lend any assistance to either of the women.

The manservant with his gangly arms and legs and stiff, awkward gait continued.

Muttering under her breath, Ruth straightened the brim of her straw hat and grabbed up the large, overstuffed satchel again. "Next time, we go to Paris."

The rain began to fall in earnest as the manservant swung open the great iron door guarded by a gun-loop in a turret. Emily ducked in behind him. Ruth gave a squeal and broke into a run.

Just inside the door, in a small entryway, the manservant turned. He made no eye-contact with Emily, but folded his hands neatly behind his back and stared somewhere over her head. The hall was dark, but for dim candlelight that came from a sconce on the wall. Two sets of full mail armor guarded the door.

"I am instructed tae escort ye tae the green room," the manservant said, his speech thickly accented with a Highland brogue.

So
he can speak
, Emily thought wryly.

"I will ask the master," Angus continued, "where the other will stay."

Ruth dropped her bags on the floor with a loud thud, and sat on top of them, giving Emily another of her wide-eyed looks.

"Together will be quite acceptable, sir," Emily said, all-business in manner. "Just lead the way."

The manservant started up a large stone staircase that turned sharply halfway up to the first floor. Emily stared in wonder as she climbed. The staircase was wide enough to drive two carriages up it, side by side. Its walls were covered with a dark walnut wainscoting that had to be five centuries old. The broker in London had said the Laird of Fraser Castle was wealthy, but Emily had never encountered this degree of
affluence
.

The two women followed Angus up the stairs, down a dark corridor, to a door on the left. He opened it and stepped back, still avoiding eye-contact. "The evening meal will be served at seven," he explained in a deep voice. "Have ye further needs, ye may ring the bell cord."

Emily and Ruth passed Angus, and he closed the door behind them.

Ruth dropped her bags where she stood. "Is that Igor human? Though I must say, he is rather handsome in a Simian, rough sort of way."

Emily laughed. "It's
Angus
, not Igor." She set down her bags and turned slowly to take in the magnificent room. It was some twenty by thirty feet in size, with ceilings at least fifteen feet high; the walls were hung with emerald green tapestries depicting various biblical scenes. There were three monstrous windows, hung with matching green brocade drapes.

Emily walked to the windows to stare out at the bay far below. "Come look at the view," she breathed in awe. "It's magnificent."

Ruth flung herself down on the four poster bed hung with the same green brocade as the windows. "View? I say we check out the view from the boat. This place gives me the creeps. It's so dark." She shuddered audibly. "Like one of Stoker's settings in
Dracula
."

Emily ignored her friend's reference to the book she was reading. Ruth's taste in literature tended to run to the odd. "Too late." She watched as the mail steamer made its way through the rough water below. "The captain said the boat only comes once a month." She turned away from the window with a shrug. "So I suppose we'll just have to get used to it—or light a few more candles."

"Ha! You say that now." Ruth rolled onto her stomach on the bed, revealing far more stocking beneath her skirt than was appropriate. "Just wait until Igor serves us bugs for dinner."

The Lacuna by Barbara Kingsolver
Man Who MIstook His Wife for a Hat by Oliver Sacks
Listen to the Squawking Chicken: When Mother Knows Best, What's a Daughter To Do? A Memoir (Sort Of) by Elaine Lui
Pass Interference by Natalie Brock
Ain't No Angel by Henderson, Peggy L
Taken by the Billionaire by Claire, Kendra
Those Red High Heels by Katherine May
Bully by A. J. Kirby
Second Thoughts by Bailey, H.M.
The Pocket Watch by Ceci Giltenan