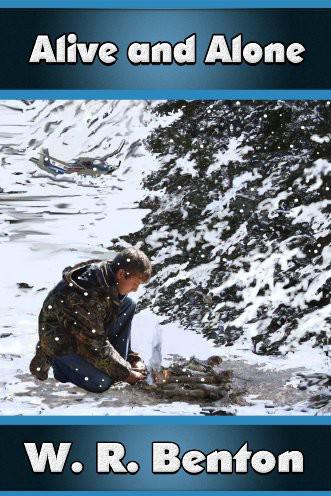 No part of this book may be reproduced, stored in a retrieval system, or transmitted by any means, electronic, mechanical, photocopying, recording, or otherwise, without the written permission of the author and/or the publisher.  This is the work of fiction.  Names, characters, places, and incidents are the product of the author’s imagination or are used fictitiously and any resemblance to actual persons living or dead, events or locales, is entirely coincidental.

Other Books by Gary L. Benton

To
Timothy "Timman" Kralik
, of Creston, Iowa.  Tim's the man!

To all members of our military rescue forces both past and present.  As a veteran, I salute you; as a prior life support supervisor, I know your sacrifices are great.

To wife Melanie, where would I be without your understanding?

created the cover art for this book.

See more of her fine work at:

She may be contacted by email at:

For the sake of simplicity and ease of reading, I have changed most dialogs between aircraft, the command post, rescue personnel and Rescue Center. The military uses many acronyms that would make reading difficult, or at least slow it down, for the average civilian.

While this is a work of fiction, the events very well could happen and in the way I have written them.  The United States Air Force is totally dedicated to rescuing both military and civilian personnel in times of need, but there is a limit to all things.  Few rescues are called off, unless there is some indicator survival is impossible, but even then, the dedicated crews want to continue.  Imagine if you can, training constantly to save a life, and then one day you’re finally called to do the job! Of course, not all rescues have a happy conclusion and people die, but thanks to our search and rescue forces, each year many lives are saved that otherwise would be lost.

Our military forces, and not just our rescue teams, are the best-trained men and women in the world today.  Why are they so well trained?  I had an old sergeant say to me once, “We train hard in peace so we bleed less in war.”  I don’t think he thought of that as a profound statement, but I do.  Our Soldiers, Marines, Sailors, Coast Guard, and Airmen, train hard, and they train to win. However, this book is about search and rescue, who are in my opinion some of the best of the best.

T
HE
ARCTIC
WIND
was cold in David’s face, but his hands shook more from fear than from the cold as he forced the damaged door open on the small airplane.  He could clearly see his father and while the man did not seem any worse, he looked no better.  Blood had dried on his dad’s face from a severe cut to his forehead, which had occurred when the airplane crashed onto the side of the mountain.  David was scared, not only for his father, but for his own life as well.

“Da . . .Dad?  Are you ok?”  David asked, his voice filled with fear as he peered into the dark interior of the aircraft wreckage.

David Wade felt the tears forming in his eyes and he fought back the urge to cry.  He was old enough to know he had to keep his wits about him or the two of them were going to die.

“Dad, help will be here soon.  I heard you send a Mayday just before we struck the mountain.”

David’s father gave a loud groan and turned his head slightly so he could make eye contact with his fifteen year old son as he said, “David . . . I don’t . . . know if the call was heard by . . . anyone.”

How can we survive in this cold and snow?  The weather is getting really cold,
David thought as he moved inside the small plane to get out of the cutting edge of the knife like wind.

“I have the kit outside near some rocks and far enough from the plane I can have a fire.  I only came back here to help you get out.  I tried right after the crash, but your legs are caught in some aluminum sheeting or something.  You have to stay strong dad.  We’ll survive and this time next year we’ll both be laughing about this.”

“What about you?  I can’t just leave you dad.” David spoke, as he felt his eyes sting from tears that were flowing down his wind burned cheeks, and then added, “Don’t make me leave you dad, please.”

“Tell me what to do to make you better dad!”  David suddenly blurted out.

David lowered his head and thought of his mother and his sister back in Anchorage.  He knew he could fix his dad up, if he would only tell him what to do.  However, the young boy didn’t think he could get his father from the aircraft without help, because his legs were mangled in the wreckage.
How can I go home without my dad?
David thought as he raised his eyes and made eye contact with his father.

“Shelter, David . . . fire . . .get out of wind.”  His father spoke through clenched teeth, as the pain in his stomach grew larger.

David picked up the casualty blanket he’d brought from the first aid kit, wrapped it around his father’s shoulders, and then tucked it in at the floor.  The blanket appeared to Dave as being made from a lightweight metallic material, but he wasn’t sure.  It was dark green on one side and shiny silver on the other.  He made sure the shiny side of the blanket was toward his father, so his body heat would reflect back at him.  He didn’t want to leave his father, but he knew that the airplane would get too cold during the night and the temperature was already dropping.  The young boy leaned over and gently kissed the top of his father’s head as he fought an almost uncontrollable urge to cry.

“Dad, I’m going now to fix a shelter, but I’ll be back in less than an hour.  I’ll get a shelter up, a fire going, and maybe fix us both some instant soup from the survival kit.”

David turned, wiped the tears from his eyes and cheeks, glanced back at his father, and quickly said as he opened the door to leave, “I’ll be back soon dad and with a hot drink for you too.”

The wind struck him with much more force than it had just a few minutes earlier when he’d gone into the airplane to check on his father.  Looking up at the sky, David noticed the clouds were darker and the sun was sitting in the west.  He knew he would only have about five hours of daylight every day now, so he had to use his time wisely or he’d end up dead.

David’s right leg hurt and while it had a long deep scratch on it, the bleeding had stopped a little over an hour ago.  His whole body was stiff and sore from the impact of the small plane onto the side of the mountain.
It’s a good thing dad is such a good pilot, or we’d both be dead right now,
the young man thought as he made his way to a group of rocks about a hundred feet from the crash site. David didn’t realize his father had pulled the nose of the aircraft up at the last second to allow the force of the impact to be evenly distributed throughout the aircraft frame, reducing the force of impact for the occupants.

The survival kit was small, perhaps the size of an undersized microwave oven, but filled with all sorts of things a person would need to say alive in the wilderness.  David was instructed on the survival kit a few months earlier by his father and he remembered well his father’s words, “David, this kit can keep you alive in any kind of weather and it has everything you’ll need to live until rescued.  The kit is divided into different categories for different uses.  You’ll find stuff for shelters, fire, water, signals, first aid, food, and then some odds and ends.”