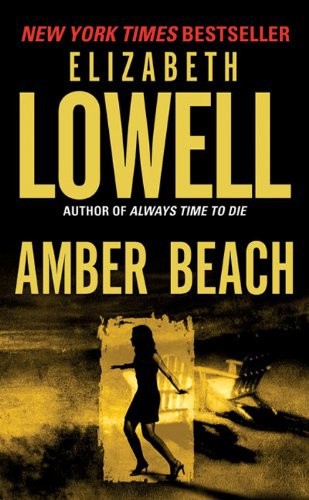 This e-book is not for sale!!!

For Sunny and Al Runnells

friends for all the seasons of life

Honor Donovan took one look and knew the man was trouble. On the other hand, she was already in the kind of trouble even her family’s company, Donovan International, couldn’t handle.

“If you’re from the police, shut the door on your way out”, she said. “If you’re a reporter, go to hell.”

“Been there. Done that.”

“You have the T-shirt to prove it?”

He reached for the buttons on his stained denim jacket.

“Never mind”, she said quickly. “Are you a reporter?”

“You
are
the Ms. Honor Donovan who advertised for ‘a person with expertise in Pacific Northwest waters in general and SeaSport boats in particular’?”

She sighed and accepted the inevitable. The big man with the black beard stubble, light eyes, scarred left eyebrow, and clean fingernails hadn’t wandered by accident into her missing brother’s Puget Sound cottage. Despite this man’s less-than-cozy looks, her instincts said he was
a
better candidate than the others who had come looking for the job.

One of the men had been a cop trying to pass for a fisherman. Another was a recent immigrant whose English defied understanding. A third man was convinced she really wanted the body he was so proud of. The fourth man’s English was good, but his eyes had made her think of things that lived in swamps.

It had been three days since anyone else had applied for the job. She was going nuts counting minutes and waiting for Kyle to appear suddenly in the doorway with his crooked grin and a good explanation of why the cops thought he had stolen a million bucks in amber. She refused to consider any other reason for his disappearance, especially the one that kept her from sleeping, the one that made her throat close around tears she wouldn’t cry.

Kyle had to be alive. He just had to be.

Belatedly Honor realized that the most recent applicant was still waiting for her to say that she was indeed the one who had posted ads all over the small town of Anacortes.

“You took the words right out of my mouth.”

She looked at his mouth and knew how Little Red Riding Hood felt when she first saw “grandmother’s” teeth.

“Your ad could have been written with me in mind”, he explained.

“Do you have references?”

The retort popped out before Honor could think better of it. It came from a lifetime of dealing with big brothers.

“Um, Jake. I meant references given by people you worked for in the past.”

“You don’t know much about fishing guides, do you?”

She thought of poor Little Red. “You should work on that smile. It really isn’t reassuring.”

Jake tried to look downcast. It wasn’t any more convincing than his smile.

“If your hands are half as quick as your tongue”, he said, “I’ll make a fisherman out of you in no time.”

“Man and woman both end in
an.
Do you want the job?”

“Fishersan”, he said, rolling the word around on his tongue. “Yeah, I want the job. We’ll be the only fishersen on the water.”

This time Jake’s smile was slow, warm, amused, and something more. It reminded Honor that she was a woman as well as the scared younger sister of a missing man. She looked down at her hands and cleared her throat.

“Fishersen?” she asked, distracted. “Oh, I get it. En. Plural. Men and women. You’re pretty quick yourself. When can you start?”

“Do you have a fishing license?”

“Then we can’t start yet. Too bad. The sun is out. The wind isn’t. Slack tide in a few hours. It doesn’t get any better than this in the San Juan Islands.”

“What would we be fishing for?”

“Whatever we catch. Less disappointment that way.”

“Is that your life philosophy?”

She lifted her head and looked at him intently.

“What’s the matter?” Jake asked. “Are my ears on backwards?”

“I was just trying to imagine you as a child in need of growing up.”

“Funny. I have no problem imagining you that way. Can you swim?”

“Considering my profession and all, you might want to rethink that description.”

“It’s on the business end of the hook. First lesson of fishing.”

Ambushed by Jake’s slow, unexpected smile and deadpan humor, Honor laughed almost helplessly. Then she had to fight tears that were burning behind her eyes.

In the past few weeks she had been through too many sleepless nights. That was why after only two minutes with Jake Mallory she felt like she had been hit by a truck. His particular combination of rough edges, male warmth, and wry intelligence would have appealed to her under any circumstances. Right now, when her defenses were down and her emotions were all over the place, he was lethally attractive to her.

Bad choice of words,
she thought.
Really bad.
If she started thinking about death she would cloud up and rain all over Kyle’s messy desk.

Blinking hard, Honor stared through one of the cottage’s many small windows. Beyond the panes of glass, fir trees swept down rocky slopes to the cold blue-green waters of Puget Sound. Amber Beach was a strip of tawny sand ringed by dark rocks and stranded logs bleached pale by the sea.

Kyle’s twenty-seven-foot powerboat gleamed whitely next to the floating dock he had built. He had named the boat
Tomorrow,
because he rarely had time to go fishing today. Now Honor was afraid he might never have time. She cleared her throat, rallied her thoughts, and said huskily, “The business end of a hook. Sharp. I’ll keep it in mind.”

“Better in your mind than in your thumb. How soon can you get the license?”

Jake’s eyes narrowed until little more than gleaming slits of gray showed between black eyelashes. He didn’t know what he had expected of Kyle Donovan’s sister. He only knew that it wasn’t Honor.

“You should work on your enthusiasm”, he said.

“I’ve had a rough month, as you probably know if you read the newspapers.”

“Losing a husband…” Jake began, as though he didn’t know who Honor was.

“A brother who isn’t lost, not really. Is that why the police are expecting him to turn up here?”

Jake shrugged and thought fast. It was something he was good at. Most survivors were. His first thought wasn’t comforting: if the lady with the sad, sexy mouth, stubborn chin, and baggy black sweat suit hadn’t noticed the plainclothes cop hanging around the turnoff to the cottage, she was either too stupid or too innocent for whatever game Kyle was playing. Or had been playing. Missing could be another way of saying dead.

“The name on the mailbox is Kyle Donovan”, Jake said. “He’s the one who has gone missing, right?”

Honor nodded. The motion sent sunlight gliding through her short chestnut hair. Her unusual amber-green eyes gleamed with the same tears Jake had heard in her voice. He shook his head slightly. She looked much too vulnerable to be the sister of a liar, a thief, and a murderer.

But then, life had taught Jake that looks were a lousy index of character. Actions were what counted. Honor was a Donovan aiding and abetting another Donovan. She might look as sweet as a Girl Scout selling cookies, but when she advertised for a fishing guide, she had declared her entry into an international treasure hunt whose only rule was winner take all.

Jake intended to be the winner.

“You can tell me all about your problems while you show me the boat”, he said.

“That’s not necessary. I’m looking for a fishing guide, not a father confessor.”

“All part of the service”, he said, turning away. “Like bartending.”

“Don’t you want to discuss salary?”

“A hundred dollars a day.”

“That’s not a discussion.”

He turned back toward her. “Two hundred.”

Wondering if she had made a mistake, Honor shoved back from her brother’s desk. The sudden movement jarred one of the many small cardboard boxes scattered across the surface. One box skidded over papers and fell off the edge. A hunk of rich, transparent yellow leaped out of the cardboard, heading for a crash landing on the bare floor.

No sooner had she realized what was going to happen than Jake moved.

Nothing hit the floor.

“My God, you’re quick”, she said, startled. “Thank you. Kyle told me that amber can shatter like glass.”

Jake didn’t need Honor’s words to know that he was holding amber. Nothing else on earth had quite the same warm, weightless, satiny feel. He shifted the piece into a shaft of sunlight coming through a window and let the light play through the golden resin. Unless he was mistaken – not likely – he was holding an exceptionally fine chunk of Baltic
amber.

“That’s part of a shipment my sister and I just received”, Honor said. “I’ve never worked with amber before, but it’s really fascinating. So old, so enduring, yet so exquisitely
fragile.”

Jake gave her a sideways look. “Are you a dealer?”

“No. A designer. The Donovan males wouldn’t let mere females go out in the big, bad world and buy rough gems.”