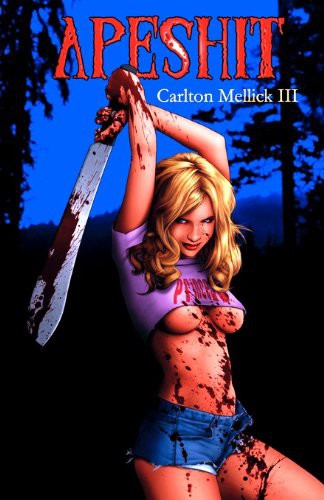 Sunset With a Beard
(stories)

Sex and Death in Television Town

Sea of the Patchwork Cats 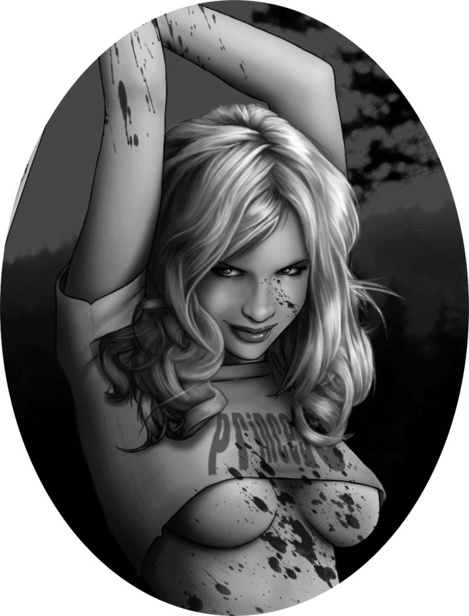 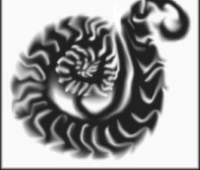 AN IMPRINT OF ERASERHEAD PRESS

All rights reserved. No part of this book may be reproduced or

transmitted in any form or by any means, electronic or mechanical,

including photocopying, recording, or by any information storage and

retrieval system, without the written consent of the publisher, except

where permitted by law.

I was always into low budget horror movies. The

crappier they are the better. After I played an insane priest

in the low budget horror movie
The Ancient
, I really wanted

to write a screenplay for my own crappy low budget horror

movie. Why the hell not? The typical cliché involving a

time for some reason or another is my personal favorite. I

wanted to do something like that, yet give it a little twist.

You know, like where it turns out that the crazy supernatural

he’s filled with a bunch of corndogs, and the only way to kill

him for good is to eat all the corndogs out of him, but none

of the characters are all that hungry because they just ate

fat guy who would be able to eat all the corndogs for them.

Of course, that wouldn’t be as easy as it sounds because the

killer would have this crazy hairdo that is like a mullet

but it’s also a chainsaw. You know, a Chainsaw Mullet,

which is what the movie would be called, and what all the

characters would get killed with in horrible yet interesting

ways. Now that I think about it, that sounds like a pretty

awesome movie. I should have written that one instead.

The movie I planned to do was called
Apeshit
.

Although I never got around to writing the screenplay, I

did turn the idea into this book. I figured if any director

Writing this book was a guilty pleasure, like Cybernetrix

or The Haunted Vagina. It’s not “serious” literature, but I

approached a goofy idea as seriously as I could. Somebody

ries. I’m not sure if I agree with that, but I sure like writing

and The Morbidly Obese Ninja (forthcoming).

The problem with starting a book with a goofy idea

is that they rarely end up as comedies. Apeshit isn’t as

goofy as I wanted it to be. In fact, it’s pretty fucked up. I

didn’t want to write something so fucked up, but I guess I

really couldn’t control the story. It wanted to go in its own

direction. Harlan Ellison claims that his characters will

often take on lives of their own. He wants them to go one

way, but they want to go another. They take over his sto-

ries and write themselves whether he likes it or not. That’s

kind of what happened to me while writing Apeshit. The

do anything to stop it. I asked this story, “What the fuck

is wrong with you?” and it just flipped me off and went on

with its business. This book surely is not the most fucked up

book ever written, it wasn’t supposed to be, but it’s fucked

up enough. Part of me doesn’t actually want anybody to

I’m guessing people are going to accuse me of trying

to be “shocking for the sake of being shocking” with this

book. More so than any of my previous books. But this

couldn’t be farther from the truth. A few weeks ago, I was

talking to Chuck Palahniuk about the whole “shocking for

the sake of being shocking” thing, because both of us are

regularly accused of doing this. I told him that I’m just trying

succeed or fail at being interesting, that’s up to the reader to

decide, but I’ve never tried to shock anyone with my work.

I didn’t think anyone was actually shocked by anything any-

more. Chuck said that what some people view as interesting

other people view as shocking. But shock fades with time.

Eventually, people will see what is interesting about things

that used to be shocking.

It really doesn’t matter, though. It’s best to just

write for yourself and not worry too much about what other

people think. Everybody is going to think you’re just full of

shit anyway. All writers are full of shit. I wish we were full

of corndogs instead, but we’re just not.

Desdemona is the only girl on the cheerleading squad

with a mohawk. It is normally colored white with red tips—

because red and white are the school colors—but she wants

to try a new color for their weekend in the mountains.

“What do you think: green, blue, or purple?” Desde-

mona asks Crystal, holding up three cans of hair dye with her

colorfully tattooed fingers. She is also the only girl on the

cheerleading squad with a full body suit of tattoos.

Crystal sighs at the cans of hair dye. It has been over

“Green, I guess,” Crystal says. She drops her eyes to

an abortion information website on her laptop. “At least it

will match your eyes.”

“You’re right!” Desdemona says. “This is going to

She smiles wide as she finishes shaving the sides of

her head with her dad’s mustache clippers. Then she reads

the instructions on the back of the hair dye bottle, blinking

punk just because I’ve got a mohawk.”

“Nobody has mohawks except for the punks,” Crys-

ple are starting to think you’re one of them.”

“But look at my clothes. I would never wear punk

Crystal shakes her head. “You think that matters to them?”

“I think mohawks are pretty,” Desdemona says. She

looks at herself in her vanity mirror, caressing the smooth

bald sides of her head. “And feminine.”