Read Badger the Mystical Mutt and the Crumpled Capers Online

Badger the Mystical Mutt and the Crumpled Capers 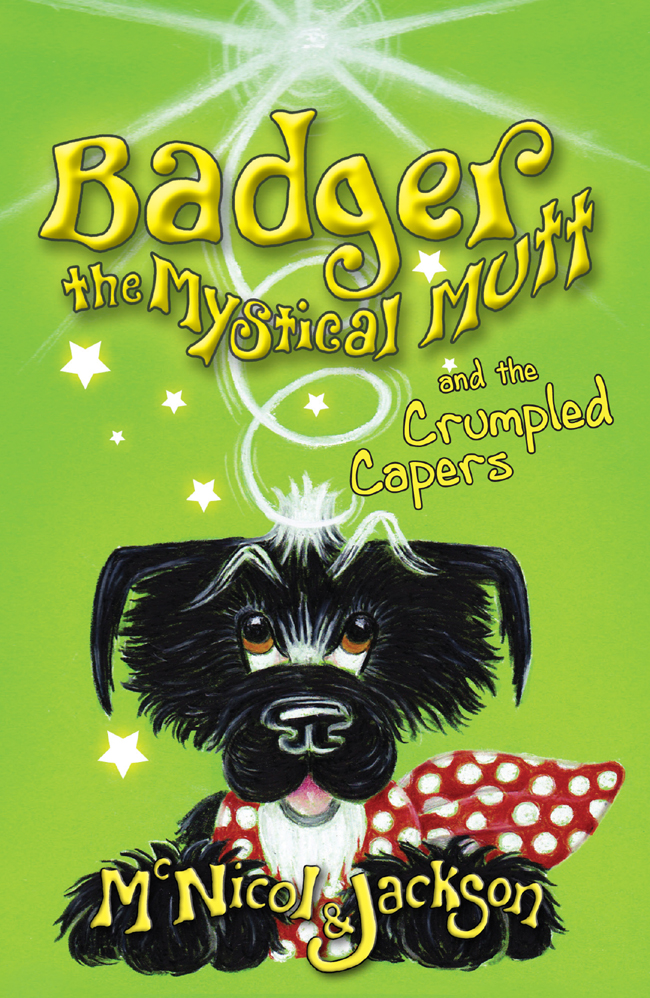 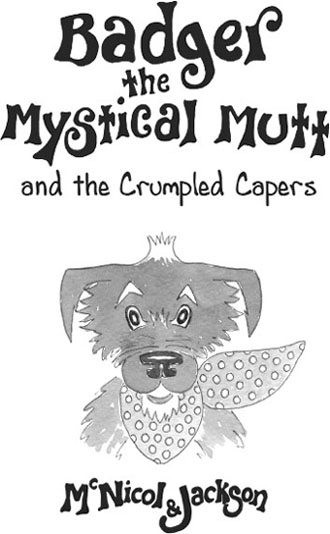 The moral right of Lyn McNicol and Laura Cameron Jackson to be identified as author and illustrator of this work has been asserted.

All rights reserved. No part of this publication may be reproduced, stored in a retrieval system, or transmitted, in any form or by any means, electronic, mechanical, photocopying, recording or otherwise, without the prior permission of The Lunicorn Press.

First published 2012 by The Lunicorn Press

Printed by Martins the Printers, Berwick-upon-Tweed

Designed and typeset by Heather Macpherson at

For the grandmothers: Olive, Hilda, Sally and Kitty
And for Timmy, the actual cat with the crumpled ear,
and for Snif, the real street dog who was a
pussycat at heart
.

A round of “up-paws” for Badger the Mystical Mutt

“Set to be the Top Dog of children's books â¦ a magical debut of a book.”

“A moving and joyful story which warmed the heart of this cynical old journalist.”

“A toast-loving, magical hound, who has been winning fans in book shops, libraries and schools across Scotland.”

“A truly magical story which has all the hallmarks of a future children's classic!”

“A magical 21st-century narrative which will delight and inspire folk of all ages.”

“The toast-crunching, spell-muffing Badger the Mystical Mutt is a delightful, madcap, magical character, who worms his way into your affections.”

“This book had me laughing out loud many times. The writing of McNicol and Jackson is brilliant, inspirational, charming and just plain fun.”

“This story was another hit. My son absolutely adores Badger the main character, but I think it's the plot which always leaves him wanting more. It is definitely a page-turner for young children.”

“There are some underlying morality themes that should allow vigorous class discussions.”

“Badger the Mystical Mutt is the coolest doggie around and, in his brilliant stories, he helps young kids understand their world and believe in themselves and their ambitions.”

Also by McNicol and Jackson

Badger the Mystical Mutt and the Barking Boogie 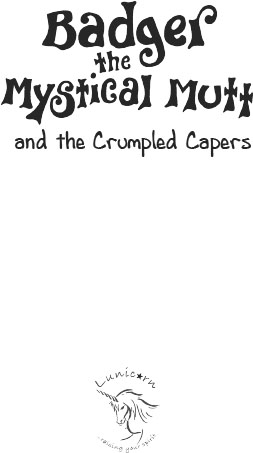 It was almost 300 fathoms of winter, and everything in Badger the Mystical Mutt's garden was a little bit crumpled.

The frozen leaves crumpled and scrunched under Badger's paws. His famous time-travelling contraption â the Wim-Wim for a Wowser to wind up the weather on a wet day â had a crumpled crank shaft. And Badger's pal, Timmy (the cat with the crumpled ear) was in a spot of bother.

Timmy was keen to join the local gang of misfit mutts which was now led by Snif, a street dog with a fearsome reputation. But no cat had ever been allowed to join the notorious all-dog gang â¦ and Timmy wasn't just
any
cat.

He was a cat with an unusually crumpled ear. He was also a cat who was famous for all
the wrong reasons. For Timmy could clear the lane instantly with his enormous snot-covering sneezes.

Badger had tried and failed to persuade him that joining Snif's gang was “Not a Good Idea”, but Timmy would not listen.

So, Badger had to get his Wim-Wim working again. Then he could take Timmy to the Crystal Cave and find a way to get him into the gang. He looked fondly at the Wim-Wim's tilting feet and wilting brolly.

Badger munched on some toast, scratched his head and pulled his red-spotted neckerchief closer around his neck. The freezing temperature was nipping at his nose and, with every munch, he could see his breath in the air. It was so cold that even the duck pond had completely frozen over, and all the
ducks had scarpered to somewhere cosier. He peered at the Wim-Wim's fuel tank, and wondered if its fuel had frozen too. 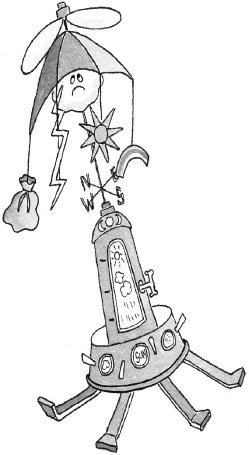 He joogled the contraption from side to side and heard a sloshing sound.

“Hmmm” he thought “At least
all
of the fuel hasn't turned to ice, but it still doesn't sound like there's much in there.”

The Wim-Wim ran on Haboba Juice, a very strange brew indeed. Badger reached into the shed and pulled out a can. He looked at the label to check if any of the ingredients were likely to freeze. He read out the list, item by item, and pondered. 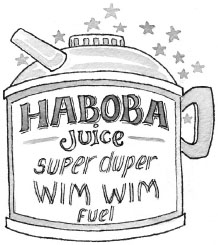 “Chilli peppers?
They're
not chilly, they're hot, so they should be okay.” He took another bite of toast.

“Carrot mush? Well, that does have some water in it, but still â¦” He scratched his chin.

“Syrup of figs? Now that should keep the Wim-Wim running, and is surely far too gooey to freeze?

“And last but by no means least, the burp of a big-footed Yeti. That's a tricky one.” Badger swallowed his last morsel of toast and burped. “Oops, pardon me,” he chuckled. 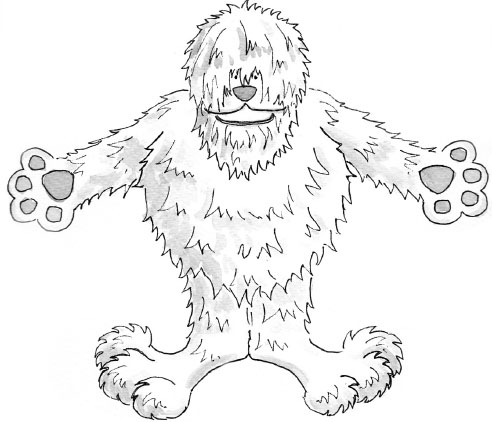