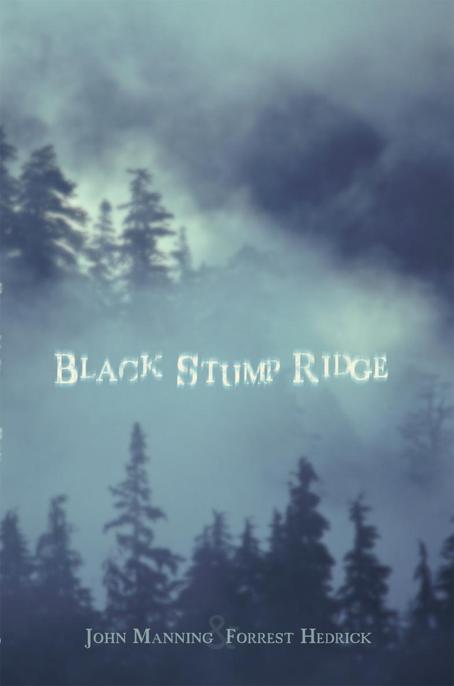 iUniverse books may be ordered through booksellers or by contacting:

Because of the dynamic nature of the Internet, any Web addresses or links contained in this book may have changed since publication and may no longer be valid. The views expressed in this work are solely those of the author and do not necessarily reflect the views of the publisher, and the publisher hereby disclaims any responsibility for them.

With Deepest Gratitude to

And, to John William Steakley, Jr.

There are more things in heaven and earth, Horatio,

Than are dreamt of in your philosophy.

We would like to acknowledge all of those whose love, encouragement, and understanding helped to keep us going throughout this process especially when it would have been just as easy for us to set this project aside, unfinished, and move on to other things.

To Jackie and Carol and Sandy and Tommy and Edith; to Stormy and Thony and Beth and Ogre and Alaura and Jeff and Krystal; and to all of our other friends and family. We thank you for listening patiently, reading enthusiastically, and being ready with kind words, hugs, or whatever else was needed from you at the moment.

To the fine people who maintain the Cherokee Nation websites (Cherokee Nation and Cherokee North Carolina) for the wealth of source material regarding a wonderful and under-appreciated people. If there are any mistakes in anything presented in this book they are most likely ours and not theirs. We invite all readers to visit the websites and to read their electronic newsletter,
The Cherokee Phoenix.
The Legend of Red Bear is not one of theirs, although we did our best to make it feel like one.

To Sarah Disbrow at iUniverse. Thank you for making the editorial experience less intimidating and more helpful and educational for us. You are a gem.

Amanda Carlyle brushed an errant wave of black hair away from her forehead with a well-manicured hand. She looked through the windshield at the horseshoe shaped alcove of bleached blue facades that stared back at her from three sides. Her hazel eyes darted here and there as she took in the scene around her. Evenly spaced stairways yawned shadowed mouths onto the dusty caliche parking lot. The white, stony-clay surface threw back the late afternoon sun like a mirror. The car’s windows magnified it until it overcame the air conditioning despite the heavily tinted glass. Amanda had forgotten just how intense a Central Texas summer could be.

Two small, black-haired Hispanic-looking children played in the scant shade in the far right corner. The boy – at least, he looked like a boy – crouched low, his bare knees just above the dusty gravel. His chubby fingers scrabbled in search of something among the tiny stones. His
Spider Man
tee shirt sported gray dust like a powdering of confectioner’s sugar. The girl wore a lavender
Hello Kitty
jumper over a faded yellow tee shirt. Both wore torn and faded flip-flop sandals on their tiny feet. Amanda estimated their ages at four and five but which was older she could not guess.

Nettles, dandelions, and tall, thick-stemmed weeds struggled to survive in corners and cracks along the base of the building. Windows, some with sun-bleached curtains, some with slanting and battered blinds, and a few with no covering over the streaked and filthy glass, stared down from the second floor. Small air conditioning units jutted from the lower half of each window. Open carports stood like square cinderblock caves below many of the windows. Condensation dripped onto the cars and trucks parked within the shadowed slots and streaked the white dust that covered most of them. Many of the vehicles shared space with torn and sagging box springs and mattresses. A few of the empty carports held large refrigerators, their dented doors still attached. Amanda glanced back at the children and shuddered. Hopefully, the doors would open easily from the inside should a child climb inside of one. Still, her business did not include whistle blowing for appliance safety.

Amanda glanced down at the hastily scribbled note on the tablet lying on the center console:

She sighed. According to the ancient, battered sign out front this was the Del Mar Motel. Some motels descended into hourly rate hideaways for hookers and pimps. Some became shooting galleries for addicts and dealers. Still others became resident motels, crash pads for panhandlers, drunks, and families too poor – or too illegal – to afford better. This one looked like it shared all three fates.

Amanda looked at the shadowed openings with their partially hidden stairways leading up to the apartments. Metal numbers eight inches high, some partially covered with chipped and faded paint, hung from the cracked frame on either side of the doorways. Her eyes followed the progression clockwise: seven and eight, nine and ten, eleven and twelve, until she found the pair bracketing the doorway on her right, twenty-five and twenty-six.

Her stomach knotted. The end of two years of searching waited at the top of those stairs. All she had to do was to put the gearshift into
Park
, turn off the engine, and walk up the steps.

Her hands gripped the steering wheel until they cramped. The engine continued to idle. She blinked. Why was she frozen in place? What Gorgonic force turned her muscles to stone, unable to make the final, simple movements that would end this part of her quest? She took a deep breath, held it, and then let it out slowly, relaxing as the air hissed between her lips. It was only nerves; fear of the unknown. She moved the shift lever into
P
and shut off the engine. Sweat immediately beaded her temples and the back of her neck beneath her thick hair. She grabbed her purse from the passenger seat and, after taking another deep breath, opened the door and stepped outside.

The fierce afternoon heat gripped her like a scorching fist. Her breath hissed through her tight lips. She inhaled reflexively. Hot air dried her throat as her lungs expanded. She squeezed her eyes shut as she waited for her glasses to compensate for the sun’s harsh brightness. After a few seconds she opened her eyes.

Gravel crunched beneath her shoes as she lurched to the waiting stairway. The tiny stones under her leather soles made her stagger like a drunk. Her ankles protested as she struggled not to break one of her three-inch heels. Only four steps away from the car and she already regretted the not-so-sensible pinstriped navy jacket. The cream-colored silk blouse that looked so chic in the mirror back in her motel room now felt like wet plastic wrap clinging to her skin. Her legs grew slick inside her pantyhose. How had she forgotten about that? She stopped and tried to smooth her skirt as she looked upward into the shadowed stairway. Her glasses, darkened by the sunlight, intensified the shadows. Fog covered the lenses. Despite this, she made out the landing above. On either side was a closed door. The person she sought should be behind the door to the right. An old TV game show,
Let’s Make a Deal
, flashed through her mind.

“I’ll take door number two, Monty,” she grimaced as she resumed her slow voyage. Her shoes rapped hollow echoes on the worn and faded stairs as she finally left the parking lot behind her. The dry wood was scalloped from the up and down march of decades of soles. The curved surfaces beneath her shoes’ slick leather made her ascent treacherous.

Amanda stopped before a scratched and battered blue door. She raised her fist, ready to knock, and then hesitated. What was she doing here? What did she really expect to find on the other side of this panel? Answers? Understanding? Closure?