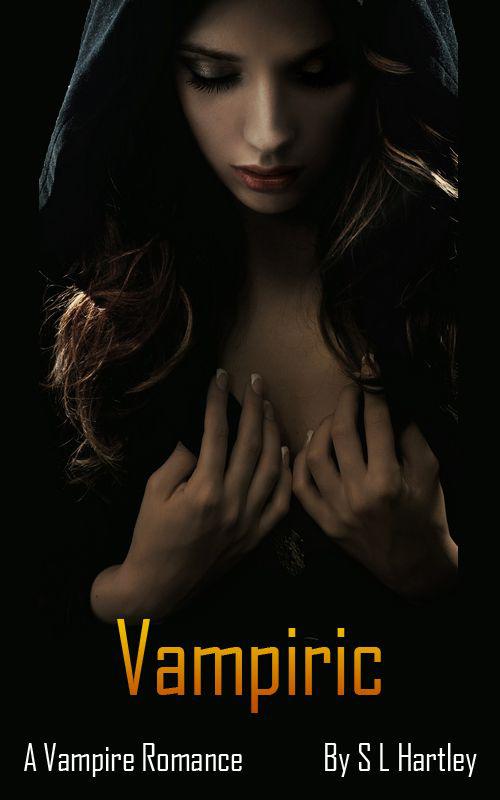 This is a book written, designed and published by S L Hartley. All character and purely fictional, and any likeness they share with real people are strictly coincidental.

This book may not be copied in full or part without the prior written consent of S L Hartley.

You may check
www.SLHartley.com
for more information.

Nothing quite rivaled the vision of Nightingale Park in the moonlight.

Or so thought Hathen Noble, the vampire who ruled over the park and its surroundings with a gentle but firm hand.

Years ago, Hathen and his band of incubi had claimed the city of Clearview, Florida, as their permanent home. The mystical place known as Nightingale Park is part of what drew them, and has been their base of operations ever since.

Vampires of the incubi draw their energy not from the drinking of blood, but from visions of beauty, feelings of warmth, and sensations of divine sensuality. It made sense then, that Hathen and his small band were seduced and entranced by the haven of Nightingale; An emerald-grassed park that hosted an elaborate ivory stone fountain as its trademark and center.

Carved into this fountain was the flawless copy of a smiling, round-cheeked cherub; One that seemed to laugh in delight at the spray of crystalline water that rained freely and continuously upon its head.

Although this fountain was a virtual masterwork that amazed Hathen and his friends, they were drawn most strongly to the assortment of florals that grew free and wild in their new home. These stunning samples of roses and lilies grew in all the colors of the rainbow.

Many of the band would shower one another with these fertile floral gems during their continuous search of pleasure and romance. They loved them almost as much as they loved to tumble free across its grasses of emerald green, laughing and feasting sexually on their lovers in the moonlight.

While most members of Hathen’s band treated this park as their sometime home and personal playground, only he seemed to remember that with pleasure came responsibility. And so even as the flying vamp enjoyed an aerial view of the park this night, a night doused in rays of golden moonlight, he kept his gaze trained on its interior, watching closely for signs of trouble.

And, as per usual with his life, trouble seemed to find him.

He immediately noticed the presence of two dark figures situated on the Victorian latticework bench that occupied the north corner of the park.

They may just be making love
, he thought as he flew closer for a better look.
That certainly wouldn’t be unusual given the nature of our little clan here.

His brief smile quickly dissolved however, as he identified one of the two people on the bench. A petite, raven-haired woman whose sculpted face and flawless figure he’d know anywhere.

The vampire Scarlet had been his lover, and the queen of his band for the past year. Coming to their den from a northern clan, she’d instantly captured his attention and his heart.

I haven’t been with another woman since she came on the scene
, Hathen thought, his heart breaking as he came in for a landing. His flight reached graceful completion on the neat and well-tended gem green grass.
Apparently she doesn’t share my feelings, or for that matter, my sense of loyalty
.

His pain quickly escalated to a flash of pure panic when he identified the other vampire on the bench. It was Clotilde, a twenty-something member of their band whose beauty rivaled even Scarlet’s.

Far from making love to Clotilde, Scarlet had her hands braced on the neck of the younger woman and her fangs bared.

Pinning her body to the bench with her own, Scarlet ignored the girl’s screams for mercy as she swooped down upon her.

Springing to his feet, a stunned Hathen raced to the side of the bench and pried his lover from the body of her victim.

“
What in the hell are you doing, Scarlet?”

Turning her in his arms, Hathen came face to face with a monster.

Gone was the sweet smile, the warm eyes, the tinkling laughter that had drawn him to her in the first place. Now those captivating dark eyes brimmed with a sense of bare, raw hate that made him cringe with disgust. Her sharpened fangs snapped in his face, as he continued to hold her at a distance.

“
You’re a blood drinker,” he accused, tone low and disbelieving.

“
That’s right my darling,” she seethed, her own voice taking on an animal quality that sent chills down his spine. “I am not a weak-minded incubi, the disgrace of vampires.” She spat out these last words with noticeable venom. “I kill to seek nourishment, and to stay young.”

“
Is that what you wanted with Clotilde?” he barked, gesturing to the woman who sat trembling on the bench before them. “You wanted the blood of our youngest member to maintain your own youth?”

Scarlet let loose with an evil laugh that steeled Hathen’s nerves, raising his ire in the process.

“
Clotilde was only the first,” she snorted, adding with a devilish wink, “I was going to claim all of you, one by one. And you, my love, would be the last.”

For just a moment he stared into her eyes; seeing none of the kindness and passion that had first attracted him to her. As a matter of fact, he saw deep within these ebony pools no semblance of incubi emotion.

“
You are not one of us” he whispered, shaking his head. “You’re a monster.”

“
Um, that would be correct” she chuckled, giving him a look that screamed, “Well, duh!”

She wasn’t laughing a moment later however. Hathen lifted the betrayer in his arms, and launched suddenly into mid air; leaving a stunned Clotilde to look after them in sheer wonder.

“
Have no worries, my dear,” he regarded the young woman with a reassuring smile. “I’m going to take this creature back to the place from where she came. She will bother us no more.”

Hathen froze mid air as his senses were attacked by a loud, sharp voice. These same senses were soothed moments later, the moment he saw the exquisite woman who owned this voice.

Although not conventionally beautiful, the woman’s deep, dark eyes captured him with their warmth and sharpness. Her sturdy, athletic form carried her with grace into the park; and upon closer inspection he couldn’t help but be impressed by her confident movements and strong demeanor.

He wasn’t as impressed by the large gold badge pinned to the lapel of her brown leather jacket; one that shone bright in the moonlight. Nor was he impressed with the barrel of the coal colored shotgun she clutched in her sturdy grasp.

“
Allow me to introduce myself,” the woman graced him with a short, sharp nod. “I’m Jess Green, chief of the Clearview Police Department. I also happen to be the head of the department’s new vampire unit.”

“
I know, right?” The woman snorted. “I was hoping to concentrate on traffic duty, but noooo, my loyal citizens insist that I keep a close eye on the vampire population.”

Hathen landed on his feet, heaving a deep sigh as he placed a winded Scarlet gently on the ground beside them.

“
Allow me to introduce myself. I’m Hathen Noble, vampire master of the city of Clearview.” He bowed low before her. “Would you believe me if I told you this isn’t what it looks like?”

Jess sighed, pinning him with a look that screamed, “What’s a nice gal like me doing in a place like this?”

“
Listen Hathen, I’ve actually heard very good things about you”. She jerked her head toward a nearby curb, where a royal blue police car awaited them. “Let’s all go downtown and have a talk”.

Why do all of these bloody vamps have to be so blasted hot?

This was the main question that crossed Jess’s mind an hour later, as she conducted a most unique interrogation in the confines of her cramped office in the Clearview Police Station.

Hathen Noble, who as it turned out was the master vampire of Clearview, was probably the most gorgeous man she ever had seen. A tall statuesque vampire with crystalline blue eyes. He had carved cheekbones, full sensual lips, bronzed skin, and a long fall of silky blond hair. As it turns out, he would look quite at home on the cover of a romance novel.

Not that I ever read those things,
she thought.
They’re so out there in content, so far removed from real life.

Hathen’s sculpted, muscular body meanwhile, would make the perfect subject for a saucy layout in a women’s beefcake magazine.

Jess had 'read' her fair share of beefcake magazines. She knew they also pushed some unrealistic standards, but she didn't care.