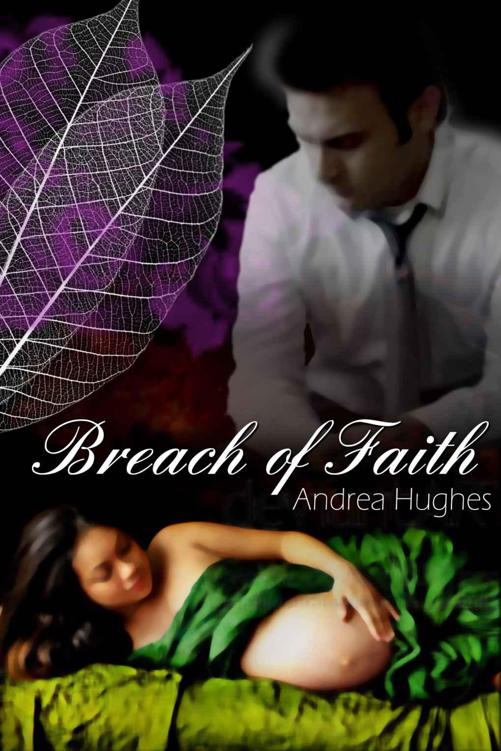 I
stood at the fence and threw another chunk of bread into the water, smiling as three ducks fought over the morsel of food. I love this park; with its wildlife, water and lush vegetation, I could almost forget I lived in the middle of a town. Almost. If only all the other people would go away.

I
glanced at my watch, anticipation growing, then scanned the surrounding area.

Was that him? Walking across the grass towards
me? I peered at the approaching figure; yes, that’s him. Without another thought for my feathered friends I threw the rest of the stale bread into the water and waited.

He
strolled up beside me, an unfathomable expression on his face, hesitated then kissed me lightly on the cheek. I smiled and propped my sunglasses on top of my head, all the better to see him.

“
I need to speak to you,” he began abruptly, glancing furtively around. His caution was infectious and I found myself doing the same. With an effort I concentrated once again on his face.

I
couldn’t quite put my finger on it but there was an oddness about him. I touched his face with the tips of my fingers. “Are you okay?”

My
concern was showing, I could see him force himself to relax. He took both of my hands in his own, squeezing my fingers gently. He didn’t let go.

That was it; just those four little words, sounding insignificant and unreal.
I ran my tongue lightly across dry lips, the feel of his strong hands an anchor, keeping me tied to shore. If he let go, I would float away, and my hands twitched, clutching tighter.

There, he said it again
, he must still want me, even after all this time. I looked into his eyes. “What happens now?”

A sudden grin split his face and he took a tiny step, halving the distance between
us; close enough to kiss. He let go of my hands but before I could float away, strong arms had wrapped themselves around my body. His lips were millimetres from mine as I looked into his face with no further thought of consequences.

“That’s
up to you, Kate.” I could feel the quietly spoken response as well as hear it, his breath warm and sweet upon my face. And as his lips found mine, his final whisper reached my ears.

Waking up with a smile on your face is a very under-rated experience I thought, as I did just that. I glanced at Kensie and Tom; good, my children should slumber for a while longer, tired as they were. It had been a big day.

I
shifted in the seat, trying to find a comfortable position and failing miserably. Kensie mumbled in her sleep and I reached over, gently stroking my little girl’s head until she quietened.

Vague
details of my dream were still floating around my head and I briefly considered trying to doze again, to recapture those feelings of happiness and escape. It wouldn’t happen, though, dreams disappear, just a fading memory of hope once felt.

One thing about the dream was bothering me and I concentrated instead on that minor mystery. Of the two men in my life, the paramour in my dream had resembled neither. Another name kept flitting into my mind…

…but I shooed it away. This was not the time to think about ex-boyfriends from my school years. However much of a crush I’d had on Angus, I’d been fifteen at the time. Fifteen! Wasn’t there enough going on in my life NOW without conjuring up ghosts from my past to confuse me even more? Then again, it’s no wonder my dreams are confused, since my waking life is one big tangled mess. It was nice, though, to be able to think about a man without having to also consider the millions of complications that surrounded any relationship I could have with him. Even a bloke I hadn’t seen in yonks.

Which brought me back to … I sighed … was this the right thing to do? Ever since that visit to the hospital when I was given the opportunity to put my fears to rest once and for all, it had been the only constant in my mind. Time and again I had relived that day, relived the events before and after, and relived the apprehension and fear that were surrounding me like a fog.

Returning to the waiting room of the hospital … had it really only been eight days ago? … I had known what needed to be done and sat down beside Frank, the words falling haltingly from my lips. He had been incredulous at first, disappointment and anger warring with the hope on his face.
How could you not know?
he had hissed.
How could you have kept this from me?

He had understood eventually.
I had
made
him understand.

His eyes had lit up at the thought
a test could confirm the truth, clouding as I showed him the leaflets, told him of the risk.
We could wait,
he’d said doubtfully,
until there’s no risk.
I had shook my head;
I can’t,
I need to know. Will …

I’
d been crying. I remembered that, out of the haze and blur of the last eight days. I remembered distinctly the feel of warm tears falling unheeded down my cheeks and he really did understand, until …

What did he say?
What did your husband say?

Open mouthed shock as
I tried to explain; I hadn’t been able to tell Will.

The test had been booked for the ninth of December, a date that would be imprinted on my mind forever. Doctor Bailey had maintained her professional approach as Frank swiped the swab around the inside of his mouth then left the room, giving me the privacy I yearned.

Doctor Bailey had seemed sympathetic as she explained what I could expect but I
had remained tight-lipped through the procedure, a slight discomfort the only proof that anything was happening.

I
had cried again.

The thing that shocks me the most about this whole situation is how quickly everything has changed. Was it really only three months ago that my whole world began to crash down around my ears? Before that night in September I really thought I was happy, content with my life.

Or at least I
believed
I thought that. I suppose my subconscious knew better.

Shifting yet again on the narrow aircraft seat I looked enviously at my two children, still fast asleep, rocked into slumber by the gentle motion of the plane flying forty thousand feet above the earth, and let my mind take me back.

To September the fourth; the night that changed my life forever.

It had been raining that night, a steady September downpour, blurring my view as I peered through the driver’s side window of my car into the darkness of the shop beyond.

I couldn’t get it out of my head: my conversation with Will before he’d left the house that evening. I’d
been petulant, pouting childishly, accusing Will with my eyes. I just couldn’t help it, I hadn’t wanted him to go.

“
I thought you didn’t have to work tonight.”

“
I don’t have to work,” he’d repeated, speaking to the child I was obviously pretending to be. “Carl’s finished the roster for the next fortnight so I may as well pop down and pick it up. I won’t be long.”

“
Why can’t you get it tomorrow? You’ll be there anyway.”

“I’ll
pick you up a bottle of wine on my way back.”

“
I don’t want a drink,” I was lying through my teeth but I didn’t care. Right now I would happily garrotte someone just for a gulp of alcohol. I was panicking.

I
listened as his car backed out of the driveway, the panic replaced with a blind anger. One night. He couldn’t even stay away from
her
for one night. That she was working tonight I had no doubts, why else would he bother, surely not for next week’s roster. I ran shaky fingers through my hair, I had to do something.

Sitting in my car, watching the raindrops snake slowly down the window and acting like a jealous bitch, a spoilt brat, was that really what I meant by
doing something
? Did I really want to feel like
this
?

“
No.” Quietly spoken but with conviction.

“
NO!” Now I almost believed it myself.

Chagrined, I
reached towards the dangling car keys as a sudden movement caught my attention, I turned and focussed as Will came into view in the dimly lit shop. Jealousy stilled my hand and I waited impatiently for Will’s co-worker Lesley to follow him out. Lesley, with legs up to her armpits and sexy, sultry smile. Lesley, with come-to-bed eyes and perfect, pert breasts. The woman was a walking, talking cliché.

Will turned
around, laughing, and I gritted my teeth as Will’s companion finally moved into view within the shop. Stunned, my eyes widened in shock.

I shifted in my seat, desperate for a clearer view, contorting my
body into an unnatural angle in a wretched attempt to see.

Was that a kiss? Did they …

My fingers were shaking,
jerking the car keys violently in their slot. I started the engine on the third try, threw the car into gear and lurched away from the curb. I had to get away from there. Now.

How could
I have been so blind? How could I have missed the signs? He was obviously having an affair, I’d expected that. But not with Lesley. Not the sexy blonde. I furiously blinked hot tears away as images flashed non-stop through my mind.

It was Carl.
my husband was having an affair with Carl.

Whether he was homosexual or bisexual didn’t matter. Bisexual seemed more likely considering he had sired two children and seemed to genuinely enjoy women but, bloody hell, he did it with men too.

My emotions were in turmoil, doubt warring with anger and confusion; I was determined to have it out with him that night. Throw him out if need-be, launching his belongings out the window until there was a mountain of clothes, videos, CDs and tools on the front lawn. But just a few minutes after I’d slammed the front door Will had sauntered in, a bottle of wine grasped in each hand.

Those had been his first words:
I am so sorry
.

I’d glared at him, my first accusations dying on the tip of my tongue. Surely he hadn’t seen me watching him, stalking him.

A wonky smile lit his face:
that
smile, the smile I had fallen in love with all those years ago. “I am so sorry,” he repeated.

I frowned, did he think all this was
funny
? But before I could speak he dropped the bottles on the table and reached for my hands. “I am so sorry that I entered a competition at work. And I am so sorry that the first prize was a family holiday. And I am
so
very sorry that … I WON!”

“What?” I was confused; this is not how it was supposed to happen. Piles of his belongings would not appear on the lawn unless I hurled them out the upstairs window, and the way things were going not even a dirty sock would take that death-defying leap.

Will was practically giggling, “I entered a competition at work.”

I jerked my hands away and put them on my hips. “You don’t say.”

Work of Art by Monica Alexander
Big Pete (Privateer Tales Book 4) by Jamie McFarlane
Backward Glass by Lomax, David
St. Lucy's Home for Girls Raised by Wolves by Karen Russell
Second Thyme Around by Katie Fforde
My Girl by Stormy Glenn
Love After Marriage (Forever After #2) by Mia Kayla
How You Take Me by Natalie Kristen
THE MILLIONAIRE AND THE LIBRARIAN by Scott, J.S.
Lost Among the Stars (Sky Riders) by Rebecca Lorino Pond