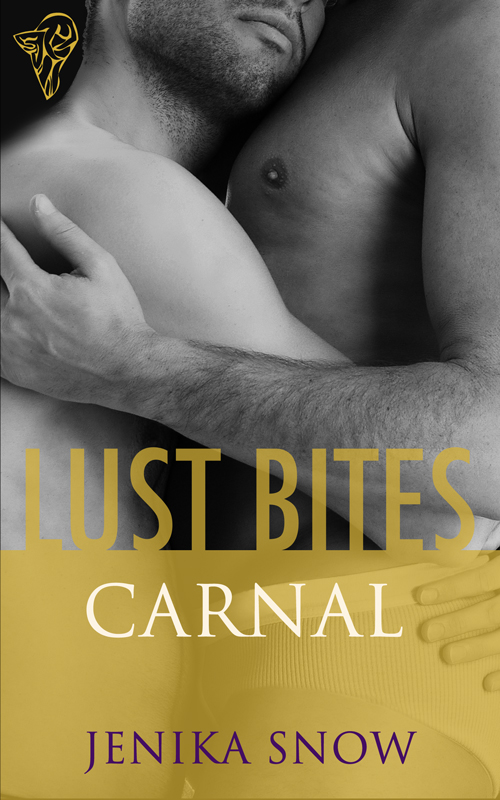 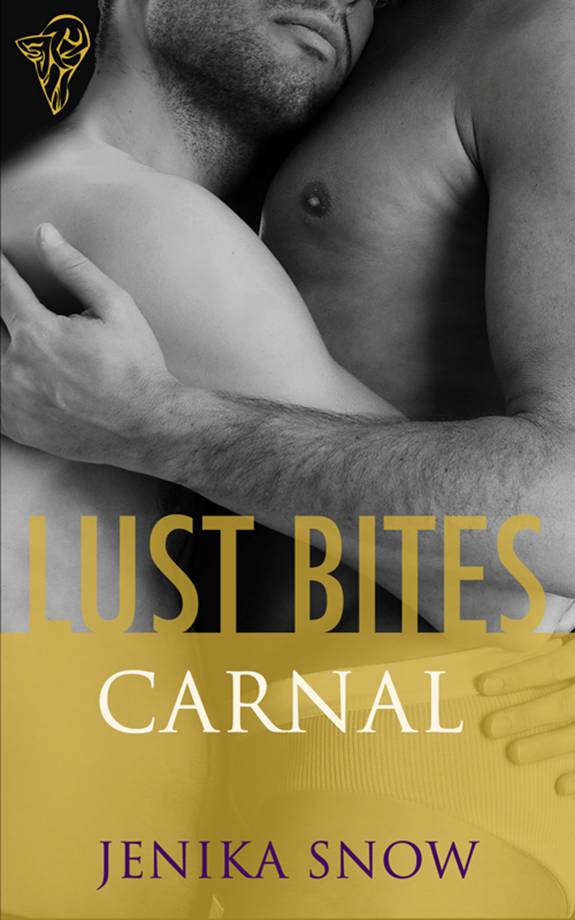 This book contains sexually explicit content which is only suitable for mature readers. This story has been rated
Total-e-burning.

Alexander Dumont wasn’t human, and he had known what he was from the very moment he could speak. His adoptive parents hadn’t been secretive about it, but although they were honest, they were zealots as well. Alex had been taken from his home, hidden amongst humans so he could never be found.

His adoptive parents had kidnapped him.

Granted, they thought they were doing the right thing, but the fact remained that all his life, Alexander knew he had been missing something.

He was a shifter, a wolf. He knew nothing of his heritage, only what his parents had deemed appropriate for him to know. He had heard the story of his “rescue” hundreds of times. Over the years, he had grown to wonder what his kind was really like. Margareta and Henry had taken him as a baby. Although Alex could feel something inside of him growing, becoming more powerful, he couldn’t chance it breaking free and harming someone he cared about. It had been what he was taught all his life—‘Keep the beast at bay’.

Not only had Margareta and Henry explained what he was, they also told him that shape shifters were feral, carnivorous beasts that preyed on the innocent. He was told if he ever let it free, it would not only take over his very soul, but hurt anyone who got in its way. There was no way Alex could chance that. His parents may have been fanatics, but they had also taken care of him and given him love. They were all he had ever known.

It wasn’t until they passed away last summer that he decided to find out who and what he really was. He just hoped this wasn’t all an enormous mistake.

Alex adjusted his backpack as he trudged up the steep incline. He had since abandoned the hiking trail, knowing he would never find the answers he needed if he stayed on it. He had been walking for more than four hours and, although the canopy of branches blocked the sun, he could still feel the heat seeping into his skin.

It was now a daily struggle to hold back the beast that dwelled inside of him. All his life, he had wanted nothing more than to be normal, to not have to worry that his other half would claw its way free and tear people limb from limb. Of course he had only what his parents said to go by, never actually having experienced it for himself, but still, there was no way he could risk it. Not even for the sake of curiosity.

He stopped, took his pack off and sat on a boulder. He wiped the sweat from his brow and listened to the noises around him. All was quiet, not even the sound of a bird chirping in the distance or a squirrel scurrying on the ground broke the silence. He inhaled deeply, smelling the sweet, yet potent aroma of the wilderness that surrounded him. Since his twenty-fifth birthday, he had noticed his senses, as well as his strength, increasing. Not only could he hear a conversation through a stone wall, he could also smell the apple pie from the bakery a mile away. He hadn’t dared tell his parents about what was happening to him, not after the last time he had revealed his changes and they had tried to ‘bleed’ the evil out.

He still had the scars on his wrists and neck from their attempts to exorcise the demon that lived within him. It was a miracle he was even alive to remember it today.

He heard twigs snapping behind him and stood up quickly. He grabbed his pack and dug out the hunting knife he’d brought with him. He inhaled, furrowing his brow as he tried to distinguish the scents. He smelled two male animals, both not more then fifty feet from him. He gingerly edged forward, keeping a tight grip on the knife as he moved towards the sound. His feet glided over the brush, his movements stealthy and quiet as he stopped behind a large oak and watched in rapt awe the scene before him.

Two male wolves sat facing each other in the clearing. They were massive beasts, their size and muscle mass far more impressive than wolves should be. One had a coat as dark as the night, the others as light as the day. If Alex hadn’t seen their chests slowly rising and falling, he would have assumed them to be statues, they stood so still. As he watched the two magnificent creatures, he suddenly felt the air become charged with electricity. He pushed back from the tree he was leaning against and looked around. His skin became tight, the beast inside of him snapping and growling to be free.

He closed his eyes and fought with his inner self. He could not let it loose, not after controlling it for so long. What had set it off?
The two wolves?
The wilderness?
He clenched his fists and squeezed his eyes shut. Sweat broke out over his skin, his whole body shaking with the force of trying to restrain
himself
. A breeze rolled through, brushing along his skin and cooling his body. He felt the beast retreat, felt himself go back to normal, and breathed a sigh of relief. He turned his attention back to the wolves, his eyes growing wide as he saw they were watching him. The one with the black coat had eyes so blue they seemed eerie, and the one with the light coat had eyes so green it was like looking at a freshly cut lime. They made no move to attack, didn’t even appear to feel threatened by him.

Alex willed himself to be calm, knowing the creatures before him could tear him apart with just a snap of their massive jaws. The air became electrically charged once again, and Alex gritted his teeth and dug his nails into the tree. He looked at his hands, fear coursing through him when he saw his nails growing long, becoming claws. He started to hyperventilate and looked back to the two wolves.

He squinted, watching in horror as the animals forms wavered. The air crackled, popped, and within seconds the wolves were gone. In their place stood two gloriously naked men, big and strong, packing muscle and sinew. Alex was so stunned, he couldn’t move. Their bodies were honed to perfection. The cocks hanging between their legs were long and thick, the twin weights below huge and full. They both had a nest of hair surrounding their erections, a line of hair trailing up to their navel, and a light sprinkling along the wide expanse of their chests.

Alex swallowed and flicked his eyes to the two sets that stared at him. They were what he was—creatures, beasts. Glorious and beautiful as they may be, they were monsters, most likely ready to kill him. Alex took off, zigzagging between trees, branches slapping him in the face, arms and legs. He could feel them behind him, knew they were following him. His heart pumped harder, faster, his blood coursing through his veins, adrenaline pumping through his body. He panted hard, swinging his arms and legs as fast as he could until he felt as though he hit a brick wall. He was a coward. The trip to Forrest Haven was the whole reason he had come, had decided to visit the small mountain town. He had come so far, and what had he done the moment he had found what he was looking for?

He started to slow down, his body growing tired, the wall he’d hit making him feel like his limbs were made of cement. He chanced a look behind his shoulder and didn’t see anything, but knew he was being watched. He tossed his bag on the ground, the weight not helping his escape.

“This was a mistake,” he whispered to himself, turning around in circles as he looked at every angle of the forest that surrounded him. He turned and started running again, sensing humans close by, and knowing he must be near town. The closer he got to Forrest Haven, the more he felt like he could control himself and what was happening.

He tore through the tree line, seeing the massive structure of Wolf Lodge, where he was staying. He breathed out
roughly,
sweat dripping down his face as he looked again over his shoulder.
Nothing.
He wasn’t a fool, though. He knew they were close even if he couldn’t see them.

He ran towards the lodge, slowing his pace when the ground beneath him became soft, spongy. He looked down, the manicured grass beneath his feet thick and green. He briskly walked towards the entrance, taking a deep breath and pulling the front doors open.
How could I have been so stupid? I shouldn’t have come.
He felt lucky to have gotten out with his life still intact.

Even though his mind was telling him he needed to leave, his body was shouting a different tune. He untucked his shirt from his pants, hoping to hide his massive erection. Not only was fear coursing through him, but there was also excitement and arousal. He shook his head, knowing he had to leave before things got any more out of hand.

Two Weeks in Geneva: Book Two by Lydia Rowan
Bill O'Reilly's Legends and Lies by David Fisher
Forsaken by Sophia Sharp
A Refuge at Highland Hall by Carrie Turansky
Tempted in the City by Jo Leigh
David and Solomon: In Search of the Bible's Sacred Kings and the Roots of the Western Tradition by Finkelstein, Israel, Silberman, Neil Asher
Who is Charlie Conti? by Claus von Bohlen
Castle to Castle by Louis-Ferdinand Celine
Carolyn Jessop; Laura Palmer by Escape
Protective Instinct by Katie Reus