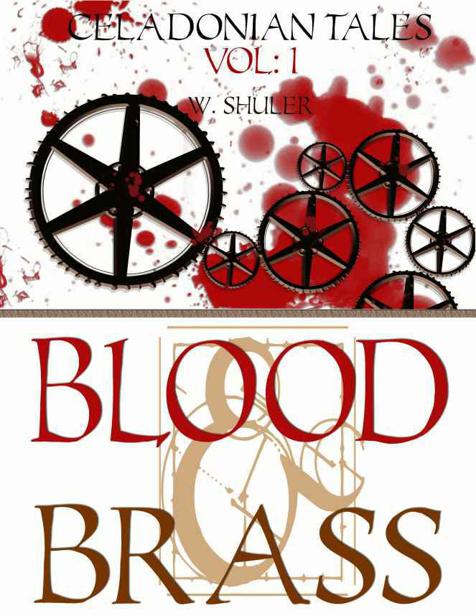 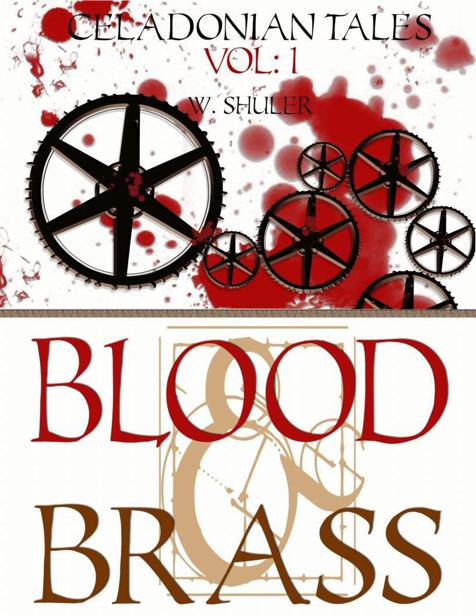 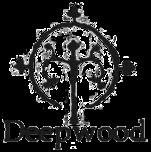 This book, short as it is, owes its existence to a number of fine folks who have offered their time, their expertise and their invaluable feedback. Here’s a partial list in no particular order:

• My wife for putting up with me

"Ah, welcome, fellow traveler! I see you're road weary and in need of a rest, eh? Come, warm yourself by my fire. It's a cold night out – you're more than welcome to share what I have. Even got some stew going if you're of a mind.

No, no, best not to ask what's in it – it's warm and filling, if nothing else.

Are you bound for the city? Aye, me too. You can see the lights of great Celadon from here. Such an inspiring sight! I always try to camp hereabouts on my travels to the city. It helps put things in perspective, don't it now?

From here, it's a beautiful spectacle. You keep that in your head when you get into the thick of it, though. Our grand lady is beautiful from afar, and can be beautiful up close and personal like, but she can be a mean bitch, too.

More stew? No? Well, that's that then. Time for tales now. The sun's set, the stars are shining like Old Angour's diamond cloak and the wind's kicking up. Time for normal, reasonable folk like you and me to hunker down by the fire. It's a long while 'til morning, and I've got a few tales to pass the night if you like.

What's that? What tales do I have? Oh, you've got no idea the stories I keep locked up in my head, but I can think of a few special ones for company like this, so I can!

You've heard the tale of old Lord Northwarden and the clockwork men, of course. No? I think that'd be the perfect place to begin, then.

Consciousness returned slowly, and with it came the sound of waves slapping wood. The boy lay unmoving, eyes closed, listening and trying to determine where he was. Aelfgar's body rocked with the motion of whatever he lay upon, and he heard a strangely familiar snapping sound. His senses told him that he was in a boat, on the water.

With that realization, memory flooded back. His young heart ached as he realized the truth. He cracked open one eye and was rewarded with the sight of leaden clouds above a wooden gunwale. A square red sail hung slack, snapping dully in the fitful breeze. He was aboard a boat – a slaver's boat.

A shadow loomed; someone grabbed his hair and shook him violently. "Wake up, boy! Get up!" a harsh voice ordered.

Aelfgar found it difficult to place the accent; it was both harsh and musical. He'd heard stories of the reavers from the northern lands, though, and it took no great leap of logic to make the connection. He was young, but he was far from stupid.

A booted foot snaked out and kicked him in the ribs, not hard enough to injure, but enough to drive the breath from his lungs. Not willing to damage the merchandise; the thought was bitter.

The boy wheezed in pain.

"Get up! We'll be there 'n a moment and you'll do better to be awake than to meet that man half sleeping."

Glaring in impotent fury, Aelfgar raised his eyes to his captor's face. He was surprised at how young the reaver seemed. Behind a thick beard, his face showed few lines. His blue eyes were bright, but Aelfgar thought he saw something there, some emotion. Guilt? Greed? Or was it fear in the reaver's eyes?

The boy sat up, and the reality of his situation truly sank in. He glanced aft, but found only gray waves. Somewhere back there was his life. His parents, their small farm – everything he had ever known was gone. Before him stretched rows of oarsmen, each seated on a chest. Their backs bent to the task, and the oars moved soundlessly through the cold, gray water. Beyond the oarsmen, the prow of the longship rose proudly as it cut through the water. It was what lay beyond that caught Aelfgar's attention.

To port towered a green hill. A city crowned that hill, spilling down its flanks like a glistening gown. The longship was near enough that he could make out the twisting mass of the docks – workmen scurried from ship to shore and back in a flurry of productivity that awed the him.

Fear rose up in him, burning his throat like bile. He was truly and utterly alone. The slaver hit him then, connecting with the boy's cheek. "Stop gawping like a landed fish, boy. You'll be in the heart of yon city soon enough. That'd be Celadon; welcome home!"

Rather than putting in at the main quays, the reaver ship moved smoothly past the bay. As they drew nearer to land, Aelfgar could make out individual buildings along the shore. Each had its own small dock, wooden tongues jutting into the sea. Some of the buildings were in good repair, but a surprising number were worn and shabby, victims of neglect.

The longship put in at a nondescript building, one whose dock was in relatively decent repair. The ship glided to the dock, and a handful of slavers leapt from the ship to make it fast, tying thick lines to the uprights.

The men hurried him from the ship. Up the quay they went, toward the shore. The building they approached was dark, black windows gaping like the sockets of a skull in the descending twilight. As Aelfgar entered, scents assaulted him – rotting wood, moldering plaster and something else, something cloying and sweet.

He was herded into a small, dark room where the reavers lit brands against the coming night. They moved quickly; fear showed on some of their faces. The slaver that had charge of Aelfgar gripped his arm hard, fingers gouging into young flesh without mercy.

"You have brought him, then?"

Aelfgar’s keeper whirled at the intrusion, pulling the child around with him. The figure that stood in the doorway seemed normal enough, but the reavers' reactions told the boy otherwise. Here was the source of their fright.

The newcomer advanced into the room, the light from the torches revealing him in better detail. He was tall, with shoulder-length blond hair. He wore a small beard and moustache in a style Aelfgar had never seen. The man's eyes devoured the captive, greedily absorbing his appearance. The man's stare unnerved Aelfgar, but the subsequent smile truly rattled him. It was the grin of a predator cornering his prey.

The reaver thrust him forward, eager to be gone. Aelfgar, determined not to show fear, stood as tall as he could.

"My name is Aelfgar, not boy," he told the man.

The man's eyes narrowed and his mouth twisted. "You have no name, boy. You are lost."

Haem, Lord Northwarden, drummed his fingers as Thorne rambled on. The man always set his teeth on edge. However, as the king's representative, Haem could not afford to show irritation. Mikael Thorne was not necessarily a powerful man, not in the military sense, but King Rickard Joss set great store by his counsel. It was for this reason that Haem found himself sojourning in Brightwatch Keep, far from the wooded hills of his beloved Northwarden.

Haem regarded his host thoughtfully. Thorne made a striking figure, Haem had to admit. His blond shoulder length hair showed no signs of the gray that speckled Lord Northwarden's own, and his frame was tall and straight. All in all, Thorne presented the perfect picture of a courtly gentleman. What was it about the man that grated on Haem's nerves so? Haem's bodyguard, Suldred, made no attempt to disguise his feelings as he glared at Thorne.

"Well, if we're agreed, I believe that we should get on with the demonstration. It's what you came to see, correct? Thorne’s smile was unctuous.

Haem sighed and looked to Suldred. "I suppose we should, at that. You said something of a new weapon?"

"A weapon? Oh, much more than that, Ha – Lord Haem. But come, come. You'll see soon enough." Thorne waved for Haem and Suldred to follow as he led them out a thick wooden side door. Haem and Suldred trailed behind through several passages, until finally emerging in the bright daylight. The air carried the salt tang of the nearby sea, and the bright sunshine lifted Haem's spirits.

Thorne led Haem and Suldred across a walkway to another structure connected to the keep, itself. A long set of stairs descended to a sandy floor, while the sides of the structure curved away from the trio, wrapping around to form a rough bowl. Haem was somewhat surprised to find himself standing in the keep's famed amphitheater, built so long ago that its builders were nearly forgotten. Brightwatch was old – far older than the Celadonian kingdom that now claimed it. Once it had been a seat of power for the Aedanotii, before that kingdom crumbled into dust.

The amphitheater was impressive – almost as splendid as the one in Celadon, where King Rickard was wont to entertain the court and foreign ambassadors with mock battles, celebrations and demonstrations of military might. However, it was not the history of the amphitheater that captured Haem's attention, but it's contents.

Several structures stood on the sandy floor of the amphitheater. One was a wall of wood, the logs peeled and held together in a fair semblance of a frontier fort. The second was a wall of neatly fitted stone blocks, mortared and solid. A third item was a mock knight, complete with plate armor. A curious construct stood in front of these.

Haem at first took it for a statue – its gleaming, golden form resembled a man in that it had a head, shoulders, two arms, a torso and two legs. However, it stood a full head taller than Haem's six feet, and was a strange amalgam of shapes and pieces. The chest and head seemed solid, made of burnished bronze with runes etched into the surface, but there were gears and rods intermixed with the arms and legs, and peeking out from the edge of the breastplate.

"Come, gentlemen, let us approach the spectacle!" There was a note of joy in Thorne's voice. He had the air of a child about to exhibit a new discovery to a beloved parent, all brittle pride tinged with trepidation. Haem, Suldred and Thorne took seats not far above the sandy floor of the amphitheater. Suldred eyed the clockwork man with suspicion, and Haem could not blame him.

Haem glanced at Thorne, but all of his attention was focused on the bronze man standing in the center of the floor. Thorne raised one hand, "You may begin."

To whom was he speaking? Haem glanced around the amphitheater, but saw no sign of servants or anyone else.

A whirring noise called Haem's attention back to the floor of the amphitheatre. The strange metal man had moved – was moving! Tentatively, it took a step forward, moving toward the wooden wall. Haem held his breath – what witchery was this? Next to Haem, Suldred gasped. A glance at Thorne showed a self-satisfied smirk.