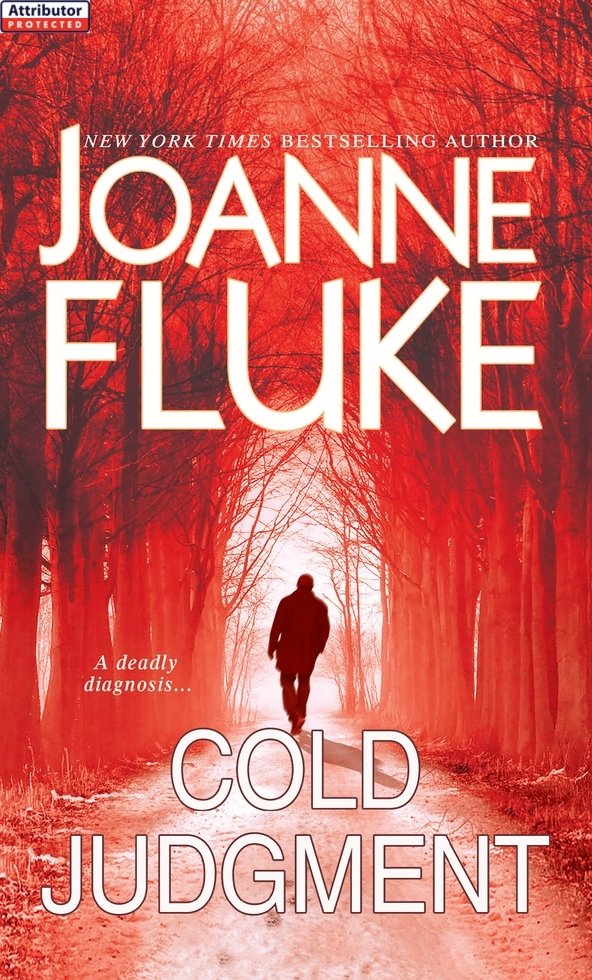 A LETTER FROM JOANNE FLUKE
When I graduated from college with a degree in psychology, I toyed with the idea of going on for an advanced degree and becoming a therapist. Then I considered the enormous responsibility I would be shouldering for my patients' mental health, and I reconsidered. What if I turned out to be a bad psychologist and I hurt my patients instead of helping them? What if I let my patients become dependent on me and suddenly, I was not there to help them?
This line of questioning led me to make an abrupt turnabout in my career path. I decided that since I now had a plot for a new suspense novel, I would remain a writer for at least as long as it took me to complete the manuscript for
Cold Judgment
.
Cold Judgment
is a suspense novel featuring a clinical psychiatrist who is diagnosed with a terminal disease. Every one of his patients has a severe and dangerous affliction, but they are living borderline normal lives thanks to his treatment. How will they fare when their therapist is gone? Will they self-destruct, hurting themselves and others in the process?
I never did go on for that advanced degree in psychology. Perhaps that's a good thing. I know that I wouldn't want to be faced with a decision like the one that Dr. Elias was forced to make in
Cold Judgment
!
Books by Joanne Fluke
Â
Â
Hannah Swensen Mysteries
Â
CHOCOLATE CHIP COOKIE MURDER
STRAWBERRY SHORTCAKE MURDER
BLUEBERRY MUFFIN MURDER
LEMON MERINGUE PIE MURDER
FUDGE CUPCAKE MURDER
SUGAR COOKIE MURDER
PEACH COBBLER MURDER
CHERRY CHEESECAKE MURDER
KEY LIME PIE MURDER
CANDY CANE MURDER
CARROT CAKE MURDER
CREAM PUFF MURDER
PLUM PUDDING MURDER
APPLE TURNOVER MURDER
DEVIL'S FOOD CAKE MURDER
GINGERBREAD COOKIE MURDER
CINNAMON ROLL MURDER
RED VELVET CUPCAKE MURDER
BLACKBERRY PIE MURDER
JOANNE FLUKE'S LAKE EDEN COOKBOOK
Â
Â
Suspense Novels
Â
VIDEO KILL
WINTER CHILL
DEAD GIVEAWAY
THE OTHER CHILD
COLD JUDGMENT
Â
Â
Published by Kensington Publishing Corporation
COLD JUDGMENT
JOANNE FLUKE