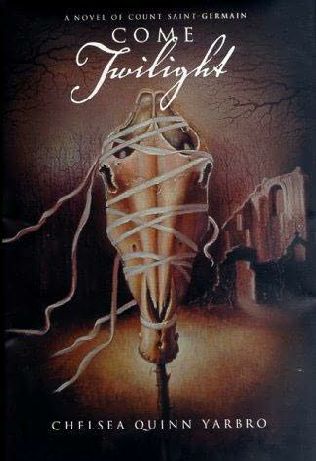 Better in the Dark

A Candle for D’Artagnan

A Flame in Byzantium

Out of the House of Life

Path of the Eclipse

This is a work of fiction, although some of the characters are based upon or are composites of actual historical persons; they, and all locations and institutions used fictitiously, do not and are not intended to represent persons living or dead, or existing places and institutions past and present.

Most of us in America have a tendency to think of places—particularly in Europe and Asia—as being sociologically monolithic, that is, ethnically and culturally intact for as far back as we can imagine. Demonstrably this is not the case, as even the most rudimentary education in history makes clear from the start: borders have changed, invasions have taken over entire regions, whole populations have been displaced, ethnic identities have been blurred, and societies have evolved to accommodate these events or they have been supplanted. Few places in western Europe make this more apparent than the Iberian Peninsula—that is, Spain, Andorra, and Portugal. Native groups have had, over time, to contend with Phoenicians, Carthaginians, Greeks, Romans, Visigoths, and Moors, to mention the most obvious. Each invading group left its mark on the people and the culture, creating a multilayered ethnicity and culturality that still have impact in Spain today.

The region of Spain now known as Catalonia has had more than its share of cultural bludgeons over time; as part of the natural barrier between what is now France and Spain, and wedged against the Mediterranean Sea, Catalonia has been struck by every invading wave to hit Spain with the possible exception of the Vikings, who generally confined their raids to the northern coast. Often the embattled established populations of the region would withdraw into the Pyrenees, into remote valleys and inaccessible peaks in an attempt to preserve themselves from the campaigns of the newcomers, a pattern that has survived into this century. What today looks like rich cultural diversity was seen at the time it began as oppression and social calamity, a perception that supported the virtual lockdown on the country by the Catholic Church once the Moors were finally expelled from the country at the end of the fifteenth century. Stability might demand a high price, but given what the country had endured, most of the people were willing to pay it.

The notion of a Spanish identity did not begin to evolve until the middle of the eleventh century; before then, regional, ethnic, and familial loyalties created the sense of place in the world for most people on the Iberian Peninsula; the primary loyalties remained with kingdoms but the understanding that all the kingdoms were Spanish had finally begun, a dramatic change from the patterns of the past. Even during the Roman occupation, the people native to the region were never fully Romanized; they remained strongly committed to their various ethnic groups and lacked the cultural cohesion that would have made such a transference possible. To be fair, neither Romans nor the Iberian peoples sought such assimilation, for the Roman policy was to disrupt the society as little as possible, to keep down impulses to insurrection. Later, during the Visigothic period, the people had no reason to identify with their Germanic invaders; nor did the Visigoths themselves support the notion of a national identity—theirs, or the native populaces’—although the early Church tried to promote a spirit of shared responsibility, both as a measure against paganism and heresy, and as a means of protecting those who were formally Catholic; it was also an attempt to assert an authority that the Roman Church, at that time, did not possess. As a remnant of the Roman period and the presence of the Church, Latin remained an official language of the Iberian Peninsula well into the eighth century, but it was a Latin battered by declining education and the influence of Gothic structures; without the Church, even such minimal cohesiveness would have been lost. Additionally, rules of spelling and structure faded almost into nonexistence in the thousand years between the end of Roman occupation and the establishment of a new, recognized national language. For those periods, I have opted to use the most common forms of place names in use during that time—occasionally imposing a regularity that did not, in fact, exist—and forms of personal names that are most consistent with the usage of the time. In regard to the place names, I hope the maps will help reduce any confusion created by language drift.

The advantages of the Church affiliation vanished for most of the Iberian territory upon the successful invasion of the Islamic Moors, who pushed the Visigoths north beginning in 711 when Tariq defeated the Visigoth King Roderick. This event was not met with the kind of resistance some of the populace expected due to the lessening of the Byzantine presence in Spain; the Greek-speaking Byzantines had garrisoned soldiers in Valencia and Barcelona the century before, but had troubles of their own with the expanding forces of Islam by the time the Moors commenced their conquest in Spain, so were not available to help to stem the tide. And what a rapid conquest it was: in 719, the Moorish forces reached the Pyrenees, and many Christians and pagans saw the wisdom of conversion to Islam, although this occurred more often in cities and large towns than in villages or rural areas; outside town walls, the single biggest pressure put upon non-Islamic persons was the burden of double taxation—for many, incentive enough to change religious affiliation. The Moorish conquest went largely unchallenged until the middle eleventh century, when Ferdinand I of Castile and León began a reconquest, taking back lands from the Moors; his policies were continued by his sons Sancho II, el Fuerte, and Alfonzo VI, who, with the aid of Ruy Diaz de Bivar, known as El Cid, drove the Moors back as far as Valencia which Diaz took in 1094, turning it into virtually his own kingdom, and where he died in 1099.

In the eleventh century, as an offshoot of this vigorous military expansion, the beginning of the Romano-Moorish language known now as Spanish occurred. More than force of arms, the spread of language united the Iberian peoples into an identifiable group, and created a cultural commonality neither religion nor armies had been able to achieve. It became the single most unifying factor in all of the efforts to cobble a national identity out of so—to use the current word—diversified a population. The importance of this can be seen in the rapid spread of documents in the vulgate [popular-tongue—Spanish], and the consequent regularization of personal, familial, and place names. The social upheaval of the war against the Moors was profound, and lasted from around 1055 to 1492, when Isabella the Catholic finally conquered the last Moorish strongholds.

The emergence of the Spanish language was an important part of the reconquest efforts, for it created a common cultural vehicle to begin developing a sense of nationalism among the Iberian peoples. By conducting business and recording other communications in Spanish, the reconquest forces brought about a new level of commonality in society. Far more than religion—which quickly became dangerously polarized—the spread of language brought the country together and created an identity that endures to this day.

The shifts in language and ethnicity play roles in this novel; the changes of names reflect the evolution of language as well as the presence of various invaders in Catalonia. It is through these changes in names that cultural shifts and the impact of time are measured. In studying records of Catalonia (Gothalunya, Cotalunya), divergence in ethnicity, ecology, travel, and belief systems are reflected linguistically; I have followed these historical disturbances as much as possible in telling this story, and although many records are scanty at best, I have done my best to follow the form of the changes when specific vocabulary was not available. Going from Roman words to Visigothic, to Moorish, to Spanish in the course of the novel may be confusing to some, but the changes are appropriate to the four periods of the action; I have, in fact, as noted above, imposed a standardization in each section of the story that did not exist at the time, spelling rules being a long way in the future from the events in the novel. For example, the city that is first identified as Caesaraugusta on the banks of the Iberus, becomes Zaraugusta, then Zaraguza and is known today as Zaragoza on the Ebro; and the Roman town of Osca becomes Usca, then Usxa, at least in the most consistent sources, and is today known as Huesca.

Part IV concerns itself in part with two kings, one living, one dead, with the same name—the Romanesque version of Alfonzo. Both of them used many spellings of their names, none of them preferentially or exclusively; I have selected to refer to the living king with the most popular spelling of his name at the time: Idelfonzuz, of Aragon and Navarre. For his late father-in-law, I have used another spelling of the name: Adelfonzuz, of León and Castile.

In the case of Csimenae, Chimenae, Chimena, Ximene, the language-drift as well as cultural influences account for the changes. Csimenae is pronounced Tsih-MAY-nye, Chimenae is pronounced Chih-MAY-nay, Chimena is pronounced Chih-MAY-nah, and Ximene is pronounced with the Old Spanish
X,
a softer, slightly slurred version of the
ch
sound, thus: Spanish Xih-MAY-nay. For post-Roman-Spanish, as for most languages, writing was phonetic until the printing press made certain regionalisms the standard for the language wherever it was spoken. Once the phonemes are learned, the spoken tongue is accessible, and that is true in this book as it was in the few written records that provided references for the linguistic development found in the story.

Attack of the Theocrats!: How the Religious Right Harms Us All—and What We Can Do About It by Faircloth, Sean
Lost Desires by Rachael Orman
Olivia's Mine by Janine McCaw
By the Light of the Moon by Laila Blake
Time of the Witch by Mary Downing Hahn
The Demon in the Freezer by Richard Preston
No Way Down, Life and Death On K2 (2010) by Bowley, Graham
Delphi Works of Ford Madox Ford (Illustrated) by Ford Madox Ford
Rise of Phoenix by Christina Ricardo
Reaching Rachel by LL Collins