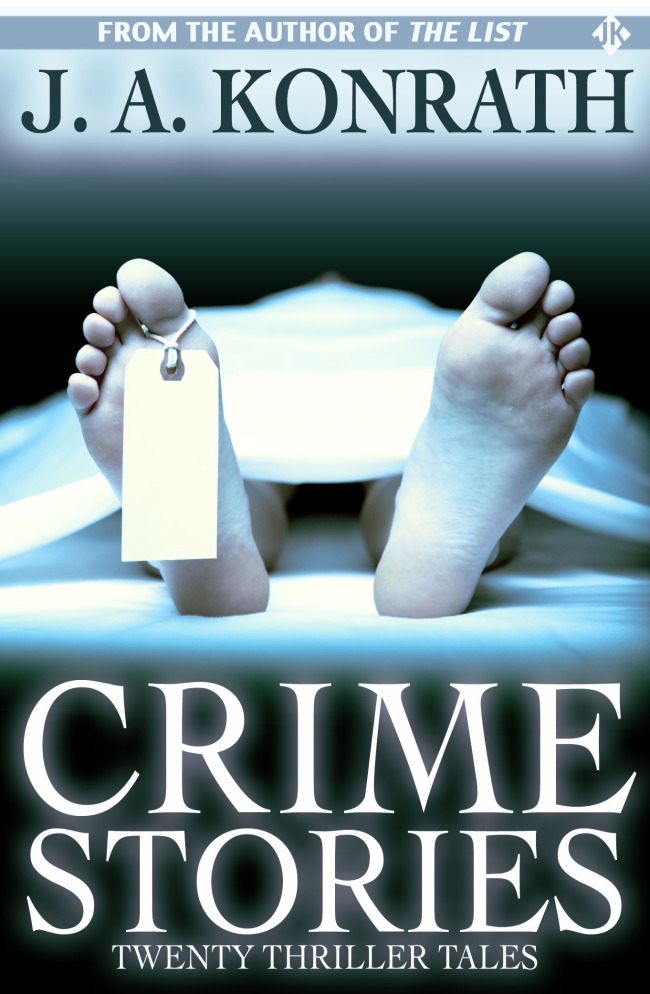 The Big Guys
Flash fiction, winner of the Derringer Award.

A Fistful of Cozy
A satire of the mystery cozy genre.

Lying Eyes
Solve it yourself, given the clues.

Perfect Plan
Another solve it yourself. Don’t you remember One Minute Mysteries and Encyclopedia Brown?

Piece of Cake
Another solve it yourself, originally featured in Woman’s World.

Animal Attraction
Solve it yourself.

Urgent Reply Needed
A cautionary tale about dealing with spammers.

Don’t Press That Button!
An essay about the gadgets in the James Bond universe, and which you need to buy.

A Newbie’s Guide to Thrillerfest
Never been to a mystery conference? Here’s the in-depth dirt.

Inspector Oxnard
He’s either brilliant, or too stupid to breathe.

One Night Only
A sports fan ends up in jail, all for the love of the game.

An Archaeologist’s Story
How digging up old bones leads to fresh corpses.

Cozy or Hardboiled?
Take the test to find out which type of book you’re reading.

Addiction
What’s the worst drug you can get hung up on?

Weigh To Go
A humor column about health clubs.

Excerpt from Disturb by J.A. Konrath

T
he first grown-up books I ever read, at the age of nine, were mysteries. This had more to do with them being on my mother’s bookshelf than any particular design on my part. But I fell in love with them. Spenser and Travis McGee were my first literary heroes. I really enjoyed Ed McBain’s 87
th
Precinct, and the Remo Williams Destroyer series by Richard Sapir and Warren Murphy.

Then I got into hardboiled and noir. Mickey Spillane. Max Allan Collins. Lawrence Block. Ross MacDonald. Donald Westlake and Richard Stark. Chandler and Hammet. Andrew Vachss. Reading about cops and PIs was cool, but reading about criminals was cool too.

In my teen years, I was floored by Red Dragon and Silence of the Lambs, and that started me on a serial killer binge. I devoured John Sandford, James Patterson, Robert W. Walker, David Wiltse, and Ridley Pearson.

Which is probably why my novels are such a mishmash of different genre styles.

When I sit down to write a short story, it’s for one of two reasons. First, because someone asked me for one. Second, because I have an idea that begs to be written. If I’m writing to fill an anthology slot or crack a market, I usually start with a few lines, which leads me to a premise, which leads to conflict, which leads to action. But if I already have an idea, it usually springs full blown from my head and onto the page as fast as I can type.

Often, I have story ideas that won’t fit into the Jack Daniels universe. Sometimes these are horror stories, or straight humor, or sci-fi, or a combination of different styles.

Sometimes they’re crime stories, many of which are included in this collection. But
crime
doesn’t have to mean
serious
. If I could turn an unbiased critical eye toward my own work, I’d say the thing that makes it unique is the humor
.

My standard author bio says I used to do improv comedy. In college, I wrote and starred in a comedy play called The Caravan O’ Laughs, which was a collection of insane skits that had a few shows in Chicago and southern Illinois. I’m comfortable in front of an audience, and from early on I could always find the joke in any situation.

Comedy has its roots in the same part of our brain that responds to fear. We laugh at things that scare us, confuse us, and surprise us. We’re wired to recognize and process millions of pieces of incoming information, and when something defies our expectations, laughter is the result. An evolutionary tension breaker to help us deal with being confused.

Most of my writing contains varying degrees of humor. I can’t help it. When I’m editing, the thing I spend the most amount of time doing is cutting jokes for the sake of the story. I hate cutting jokes, and if I snip one I’ll usually use it later in another tale. My work desk is scattered with little pieces of paper, each containing a joke, many of them awful.

Some of the following shorts use various forms of humor to varying degrees of success. There’s satire, and parody, and black humor, and puns, and inappropriate humor, and one-liners, and slapstick, and a lot of irony. Out of everything I’ve written, the funny stories have the most of me in them. And while I’m aware that a few of these pieces can’t really be called
crime
fiction, I hope you enjoy them just the same.

This was one of three stories written for Small Bites, an anthology of flash fiction to benefit horror author and editor Charles Grant, who needed assistance paying some hefty medical bills. Flash fiction is a story of 500 words or less. Strange as it sounds, writing shorter is sometimes harder than writing longer, because you have less words to fit all of the story elements in. Small Bites used three of my flash fiction shorts. This piece won a Derringer Award.

“I
’m surprised you asked me here, Ralph. I didn’t think you liked me.”

Ralph grinned over the wheel. “Don’t be silly, Jim.” He cut the engines and glanced over the starboard bow. There was some chop to the sea, but the yacht had a deep keel and weathered it well.

“Well, we’ve been neighbors for almost ten years, and we haven’t ever done anything together.”

Ralph shrugged. “I work crazy hours. Not a lot of free time. But I’ve always considered you a good friend, Jim. Plus, our wives are close. I thought this would give us a chance to get to know each other. Belinda mentioned you like to fish.”

Jim nodded. “Mostly freshwater. I haven’t done much deep sea fishing. What are we going for, anyway?”

“I was originally thinking salmon or sailfish, but it’s been a while since I went for the big guys.”

“First step is getting into the harness.” Ralph picked up a large life vest, crisscrossed with straps and latches. “This clips onto the rod, so you don’t lose it, and this end is attached to the boat, in case you get pulled overboard.”

Jim raised an eyebrow. “Has that ever happened?”

“Not yet, but it pays to be careful. These are Great White waters, and some of those bad boys go over two thousand pounds.”

Ralph helped Jim into the vest, snugging it into place.

“We have to make a chum slick.”

“I’ve heard of that. Fish blood and guts, right?”

“Yep. It’s a shark magnet. You want to get started while I prepare the tackle?”

Ralph went to the cooler and took out the plastic bucket of chum. Even refrigerated, it stank to high heaven. He handed it to Jim, with a ladle.

“Toss that shit out there. Don’t be stingy with it.”

Jim began to slop chum into the blue waters.

Ralph swiveled his head around, scanning the horizon. No other boats.

Ralph gave Jim a deep poke in the shoulder with a fillet knife, then shoved his neighbor overboard.