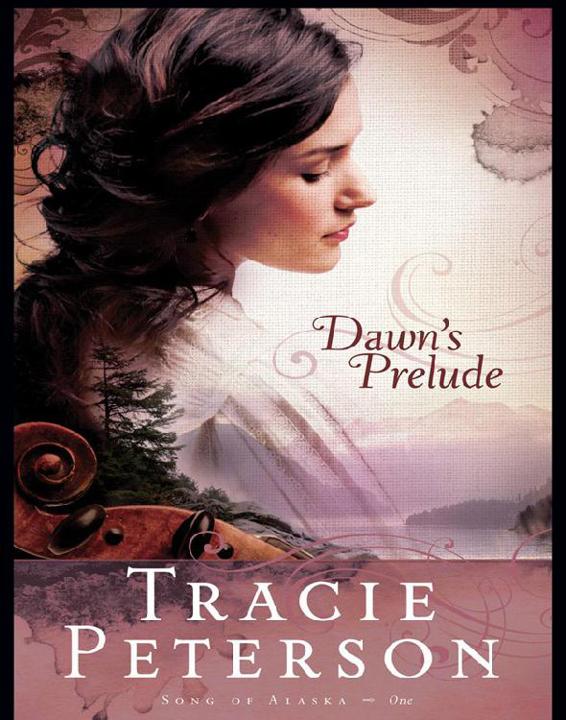 S
ONG OF
A
LASKA

Dedicated and thanks to

Bill and Carole Denkingeer, owners of
the Alaska Ocean View B & B in Sitka.
Your hospitality and kindness was much appreciated.

To Bob Medinger, Director of the Sitka Historical Society and
Museum. Your research suggestions and history museum
offer me a great understanding of Sitka.
Thank you for answering my countless questions.

And to the staff at the Sheldon Jackson Museum
in Sitka for all your help.

I
have no intention of Lydia inheriting any of Father’s money,” Mitchell Gray announced. “She’s nothing to this family—an outsider imposed upon us after the death of our mother. She’s entitled to nothing.”

“Hush,” his younger sister, Evie, replied. “She’s just in the next room.”

Sitting alone in the formal parlor that had displayed her husband’s closed coffin only hours earlier, Lydia Gray rocked quietly. She allowed the hatred of his grown children to wash over her and numb any concerns or fears she might have otherwise given credence. With exception to Evie, they had hated her from the first moment she’d entered their home—not that Lydia could blame them. She’d hated nearly everything about her twelve years of marriage to Floyd Gray. Nothing would change their feelings now.

And so she rocked.

I’m only twenty-eight
, she reasoned. Twenty-eight years old, and nearly half of those years had been spent in an abusive marriage to a man who treated his horses better than he’d treated his wife. His
second
wife.

Lydia glanced up at the portrait of the children’s mother. The oil painting had been commissioned at Charlotte Gray’s request for her husband’s Christmas gift in 1858. After presenting it to him in the morning, Charlotte promptly excused herself from her family’s revelry and leaped to her death from the widow’s walk. She had been thirty-seven years old and had left behind two grown sons, a twelve-year-old daughter, Jeannette, and four-year-old Eve.

The sorrowful gaze of the blond-haired Charlotte stared down from the wall. Her lonely expression had haunted Lydia since she’d first come to this house—it bore a look of pain that Lydia understood firsthand. It was almost as if the two shared a bond that crossed between the living and the dead. Many had been the time Lydia had come to this room just to rock and stare at the painting.

“The will can be read immediately, and once we see what that has to say,” Marston, Mitchell’s twin, announced, “we can be rid of her. I can’t imagine that Father would have left her anything. I believe we should give her until the end of the month to settle her affairs and leave. It’s not like she has much to concern herself with. Father never gave her anything of her own. It all belonged to Mother. The jewelry, furnishings, and servants will stay here.”

“Then why give her until the end of the month?” Jeannette Gray Stone questioned. Jeannette had resented the intrusion of her father’s second marriage. It wasn’t that she missed her mother all that much, but she didn’t like her position as lady of the house being usurped by a stepmother—especially one only a few years older than Jeannette herself.

Lydia listened to them argue about how long they should give her to be gone from their lives. They had already established she should have nothing that had belonged to their father. No reward for enduring twelve painful years of marriage to a cruel and vicious man. No sympathy for all she had suffered.

She glanced up again. Charlotte’s gaze seemed sympathetic, almost soothing. She seemed to silently suggest that only death would ease Lydia’s miseries.

And so she rocked.

Shadows danced across the elegantly flowered wallpaper. The diffused light of early evening gave them a specter-like appearance. Perhaps Floyd Gray had come back to torment her. It would be just like him.

“Less than a month hardly seems reasonable, and her father was killed in the same carriage accident that took our father,” Eve told her siblings. “You don’t want society saying we were heartless.”

“She never loved our father, and she certainly isn’t mourning the loss of him now,” Mitchell declared.

“That’s right,” Jeannette agreed. “Not only that, but she made Father’s life miserable. He told me so on more than one occasion. She was cold and indifferent to his needs.”

Frowning, Lydia folded her gloved hands and sighed. She had tried to be the perfect wife to Floyd, despite being married against her will at the tender age of sixteen. The arrangement had been her father’s idea, and his alone. He had betrothed her to Floyd Gray as a business arrangement; Lydia’s mother had been appalled to see her only child wedded to a man who had been widower for two short months. She died the following winter after a bout of pneumonia weakened her heart.

“Perhaps we should wait to decide until after the reading of Father’s will on Monday,” Eve suggested.

Lydia didn’t know why the young woman even bothered. At seventeen, Genevieve Gray Gadston had only been married six weeks herself. Her older siblings gave this no bearing, however. She was still a child in their eyes and would always remain so. Her comments were given little credence.

“Very well,” Mitchell declared, thoroughly surprising Lydia. “We will wait to decide, but as soon as the reading is finished, we will dictate our wishes with the lawyer as our witness.”

This was agreed upon in hushed murmurs before the foursome entered the parlor to address Lydia. She didn’t bother to glance up from where she sat; she had no desire to see their hard, hateful expressions. She was unwanted and unloved by this family, but very soon, she would be free of them.

“We have decided,” Mitchell announced as the family spokesman, “that you will remain here until the reading of the will is complete. We are to meet with the lawyer on Monday.”

“It would be prudent, however,” Jeannette said, “to have the maids begin packing your clothes.”

“Except for the furs,” Mitchell interrupted. “Those will remain here to be given to our sisters and my wife. They were much too costly, and I’m certain Father never intended for them to leave the family.”

“It would also be in your best interest,” Marston added, “to inquire as to what options are available to you for your living arrangements. No sense waiting until the last minute to decide where you will move.”

This was his way of informing her she would not be allowed to remain there. None of the Grays had ever been hard-pressed to deliver orders or unpleasant news, but for some reason, Mitchell and Marston seemed uncomfortable with actually commanding her to leave. Who could know their reasoning? Perhaps they did worry about what Kansas City society might say. Maybe they feared the newspapers would pick up the story and capitalize on their scandalous behavior.

“I need to leave for home,” Jeannette finally announced. “I must see the children before Nanny puts them to bed for the night.” She left the room without another word.