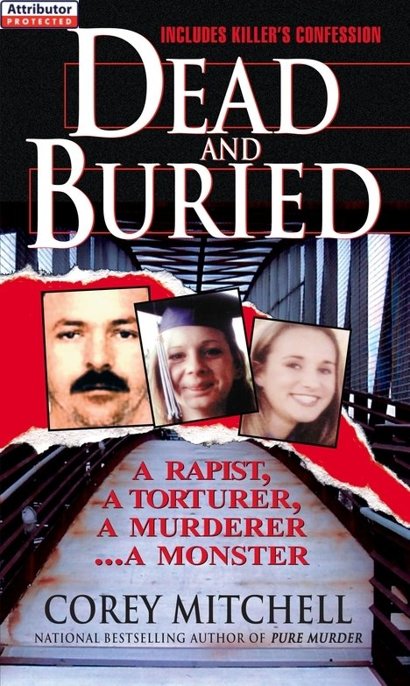 “A front seat on a roller coaster of terror.”
—Dennis McDougal, author of
Blood Cold
and
The Yosemite Murders
“Some of the most up-close, incisive true-crime coverage in a long time.”
—Poppy Z. Brite, author of
The Exquisite
Corpse
and
Courtney Love:
The Real Story
“A powerful and frightening book. It is not to be missed.”
—Dana Holliday, author of
Zodiac of Death
NIGHT TERROR
She lay completely still. In fear, but quiet. She glanced up at the intruder who stood over her with one knee on the bed. He aggressively placed a sharp blade on the left side of her throat. It was a ten-inch knife with a seven-inch blade, almost three inches wide. The sharp edge grazed against her cheek. Shelly stifled a scream. She had no idea what to do.
The man added to the tension when he leaned into her face, his breath smelling of liquor and cigarettes.
“Do you have any sharp kitchen knives?” he inquired. Shelly looked up at him with pleading eyes. She did not want to answer. “Sharp enough to cut your throat with?”
Shelly closed her eyes and began to cry. She did not want to die here. Not like this. “I don’t know,” she replied.
“Don’t worry, mine is.”
In Loving Memory of Lisa Mitchell
1963–2002
Forever by your side
A Message from the Author
My wife, Lisa Mitchell, died unexpectedly on April 28, 2002. She was 1,200 miles away visiting her parents, while I was halfway through with this book.
For the next eight months I could not think of anything but my grief. The last thing I wanted to do was to write a book about rape and murder. But I remembered how she listened to me read the manuscript while she cooked pasta in our cozy West Hollywood apartment. How she made helpful suggestionswhen I went astray. How she desperately wanted me to tell this story.
Lisa wanted me to tell it because she had also been a rape victim. Lisa, always stoic by nature, maintained an untarnished demeanor her whole life. She chose not to discuss it. That began to change in the last couple of years. She started to express an interest in speaking out about what happened to her. She hoped I would become a successful writer so she could help others.
One of Lisa’s two rapists was freed in early 2002. He supposedly“found God” and was living a “righteous” life. She worried that this man could become another Rex Krebs, freed from prison for a vicious crime, only to be paroled and allowed to walk the streets. She wanted this book to be publishedto alert the public to the absurdity of paroling rapists.
On the morning of April 28, I completed the section on recidivism among rapists as well as the underreporting of rapes by victims. Lisa never got to read those passages.
At 8:00
P.M.
I got the call from my Mom. Lisa had died in her childhood home from sudden arrhythmic death syndrome.She was only thirty-eight years old. She never got to help other rape victims.
Maybe now she can.
D
EAD AND
B
URIED
COREY MITCHELL
PINNACLE BOOKS
Kensington Publishing Corp.
http://www.kensingtonbooks.com