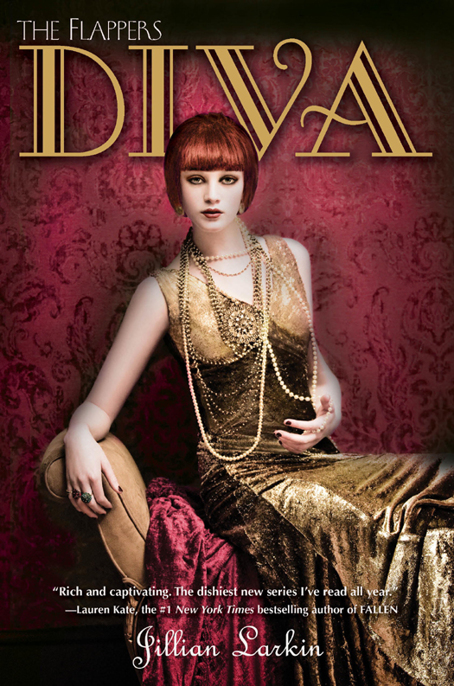 This is a work of fiction. All incidents and dialogue, and all characters with the exception of some well-known historical and public figures, are products of the author’s imagination and are not to be construed as real. Where real-life historical or public figures appear, the situations, incidents, and dialogues concerning those persons are fictional and are not intended to depict actual events or to change the fictional nature of the work. In all other respects, any resemblance to persons living or dead is entirely coincidental.

Text copyright © 2012 by the Inkhouse

Song lyrics: “I Ain’t Got Nobody” music by Charles Warfield and lyrics by David Young, published in 1914.
“ ’Tain’t Nobody’s Business If I Do” by Porter Grainger and Everett Robbins, published in 1922.

To Julie and Jenny—
for filling our house with music and laughter,
and for loving Carol Channing every bit as much as I do.
(Raaaspberries!)

The author wishes to acknowledge Lila Feinberg for her valuable contributions to the story and the characters of the Flappers series.

Writing the Flappers series has been the cat’s pajamas, the eel’s hips, the bee’s knees. But just as the greatest jazz pieces of the Roaring Twenties could take months to write and seamstresses at Parisian fashion houses of the time might spend weeks on beadwork alone, this series has taken a lot of time and hard work. I never could’ve done it without a gifted orchestra behind me. Thank you to Ted Malawer and Michael Stearns at the Inkhouse for your faith in me. And thanks to Wendy Loggia, Beverly Horowitz, Krista Vitola,
Lauren Donovan, Trish Parcell, and everyone at Delacorte Press and Random House Children’s Books—you’re all the berries. To my mother for reading every chapter of this book as I wrote it and making sure I knew which parts made you laugh. To Dan for your constant support. And to F. Scott and Zelda Fitzgerald, for providing so much of the inspiration for these books and making me fall in love with the Jazz Age.

Part One: Ain’t got Nothing

Part Two: Nothing to Lose 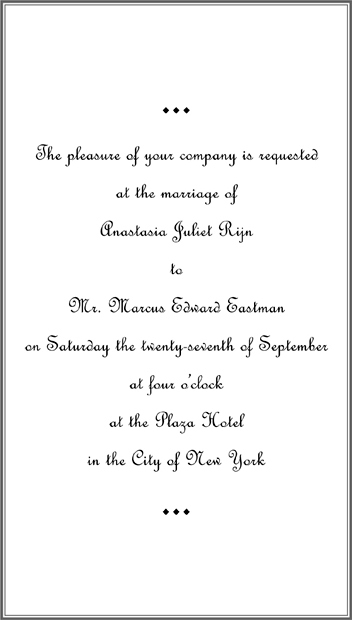 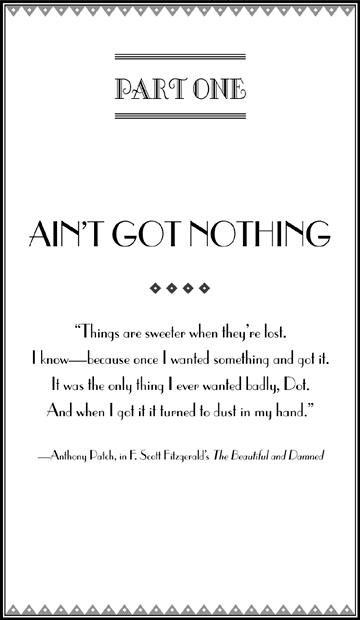 All his life, Jerome had dreamed of crowds screaming his name. But this wasn’t what he’d had in mind.

“Jerome!” they yelled from outside, the sounds barely audible where he was standing—onstage with the rest of the band in the newest and hottest club in Greenwich Village. A strong spotlight shone in his eyes and a microphone craned over the keys of the glorious baby grand in front of him. The Chaise Lounge was the swankiest joint he’d ever played—and with places like the Green Mill and the Opera House on his résumé, that was saying something.

Some of the folks were visible through the brand-new glass
windows, but most stood in clumps down at the corner of the street, blocked off by bodyguards and rope.

Jerome winced. Even empty, the club gave off an air of smoky luxury. Black vines climbed up the flocked lavender wallpaper toward the high ceiling. A few autographed photos hung over the silky, wine-colored booths—candid shots of glamorous folks like film actress Barbara La Marr and boxing champ Jack Dempsey.

There was no bar—the booze came up from the basement through a carefully hidden dumbwaiter in the back. But Jerome knew from experience that the Scotch around here was older than half the club’s patrons.

Apparently, scandal was good for business. After that heart-stopping night at the Opera House weeks earlier, when Carlito Macharelli had died, clubs had been scrambling over themselves to be the first to showcase “notorious killer” Gloria Carmody’s colored beau. Jerome had never dreamed the Chaise would want him. A clear line ran through Manhattan at 110th Street, a line that blacks were supposed to stay north of. You had to be a star like Duke Ellington or Bessie Smith to be allowed to perform all the way down in Greenwich Village.

And yet here Jerome was.

Little Joe, the surprisingly fat manager, had been nothing but welcoming. “Take your time putting together something worthwhile,” he’d told Jerome. “I know everyone wants you
because of your girl, but I want you because you’re also one of the best pianists in town.”

So Jerome spent three weeks practicing with the band and knew they had a stellar show. Part of him wished Evan could have been his trumpet player, just like old times, but his friend was too busy making Jerome’s little sister, Vera, happy. And that was just fine—better than fine, really.

His horn player, Roger, certainly wasn’t Evan, but he had a nice smoothness to his style. Jerome had thrown himself into arranging “Rhapsody in Blue” for the band to play at their debut. He’d caught one of the Paul Whiteman Orchestra performances of the piece over the summer and been thunderstruck. It wasn’t classical music but it wasn’t quite jazz, either—it was something new, something American. It could have only happened here. Just like him and Gloria. Jerome had promised himself that if he ever had the opportunity, he’d lead his band in his own take on the piece.

The rest of his band was top-notch. But none of the pending success made up for how Jerome had gotten here in the first place: because his sweet, beautiful fiancée was in prison for shooting a man—a man who’d been about to shoot Jerome dead. He hadn’t been allowed to see her once since she’d been pried away from him.

Now Gloria was stuck under glass, though hopefully not for much longer. Her cousin, Clara, had promised to use her column at the
Manhattanite
to rave at the injustice of it all until Gloria was released. In the meantime, Jerome planned
to work as many gigs as he could. He wanted to save enough money so that somehow, somewhere, he and Gloria could get married.

The
Manhattanite
had been selling like hotcakes these past few weeks. So many New Yorkers were rooting for him and Gloria. Jerome knew that many people were eager to see him play, but ten times that number were keen to hear Gloria. And those were the people he hoped would help free her from the big house.