Dodsworth returned and they checked in to a hotel, the Chateau de Paris.

From their room they could see the Eiffel Tower.

"This trip is off to a great start," said Dodsworth.

CHAPTER TWO
THE CITY OF LIGHTS 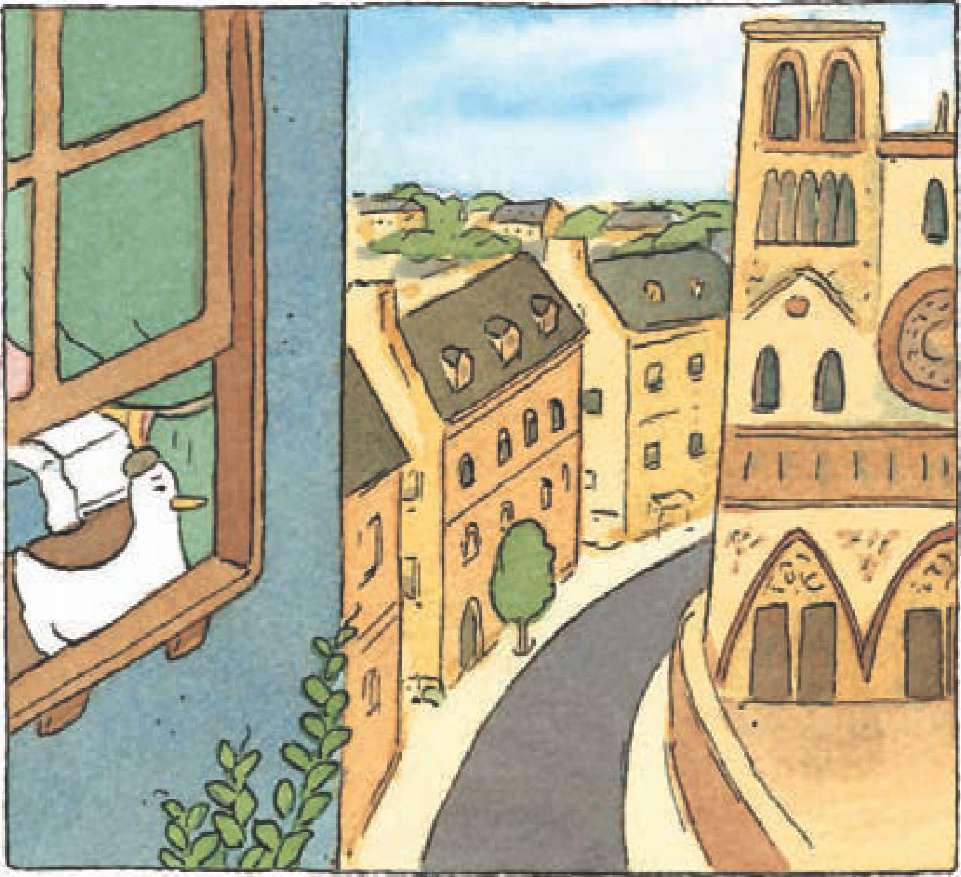 The duck woke up early to the sound of bells.

The sound rang all across Paris.

They were coming from Notre Dame Cathedral. 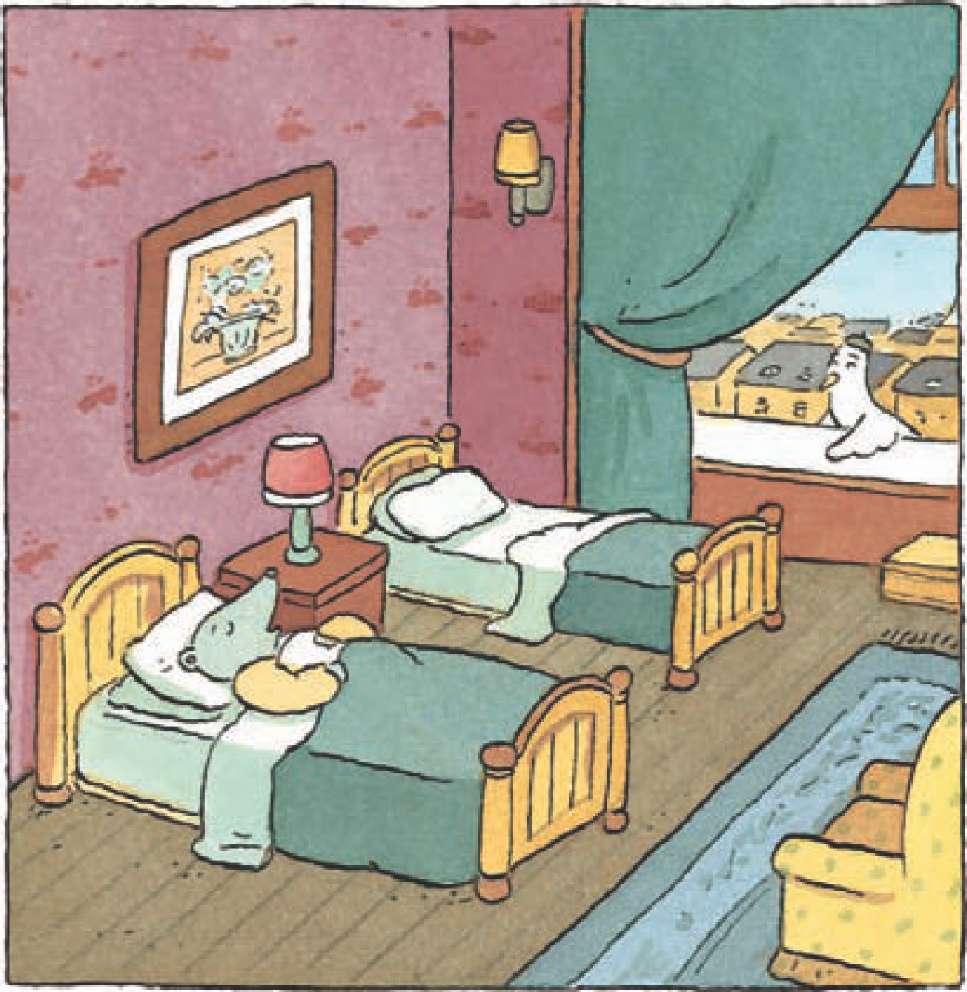 The duck looked over at Dodsworth.

The duck didn't want to wake him.

He quietly climbed out the window. 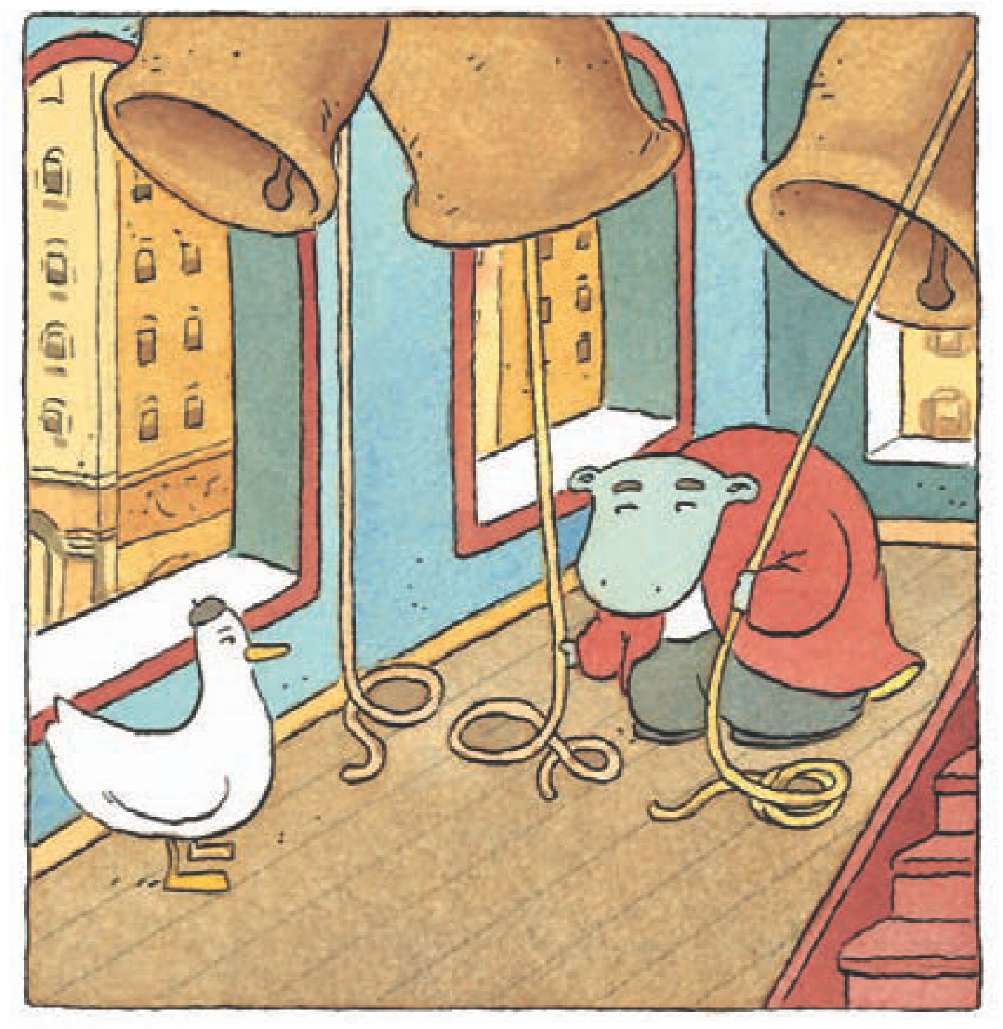 The duck walked over to the cathedral.

He climbed all the way up to the bell tower.

There was a bent-over fellow ringing the bells. 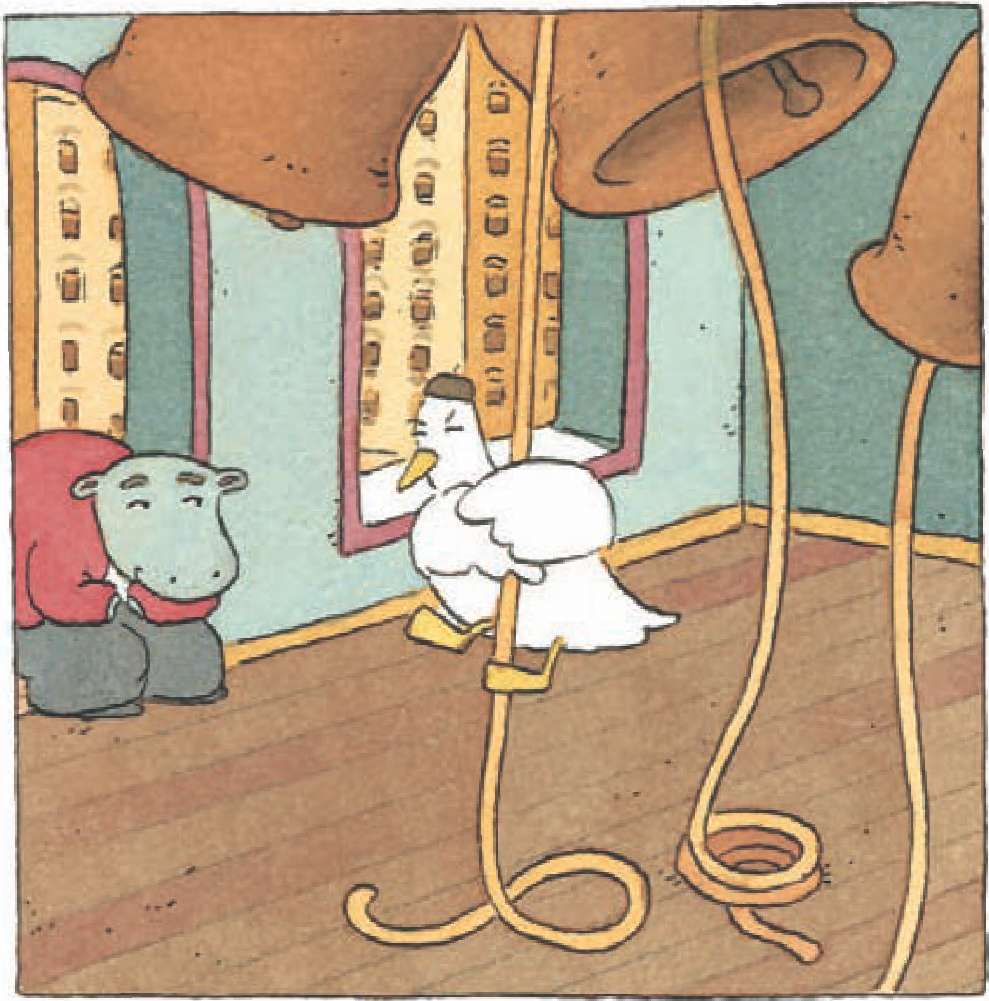 He held out a rope for the duck.

The bells echoed over the city. 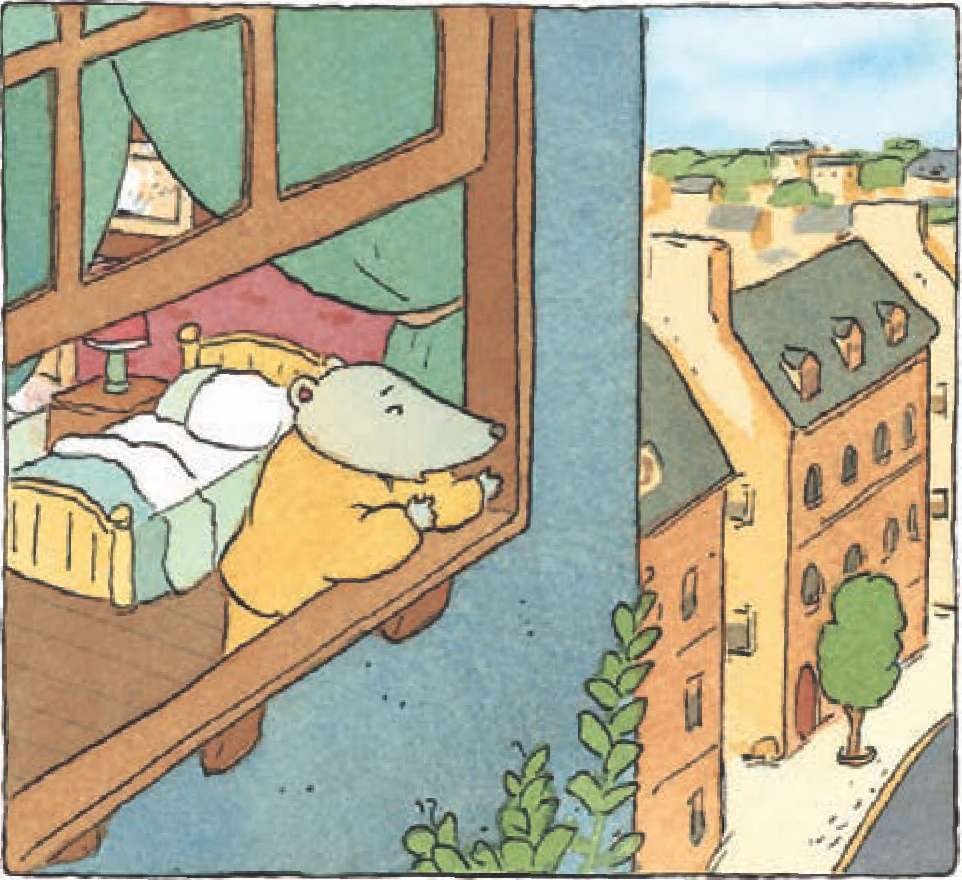 He saw the duck was missing.

He looked out the window.

He called for the duck. 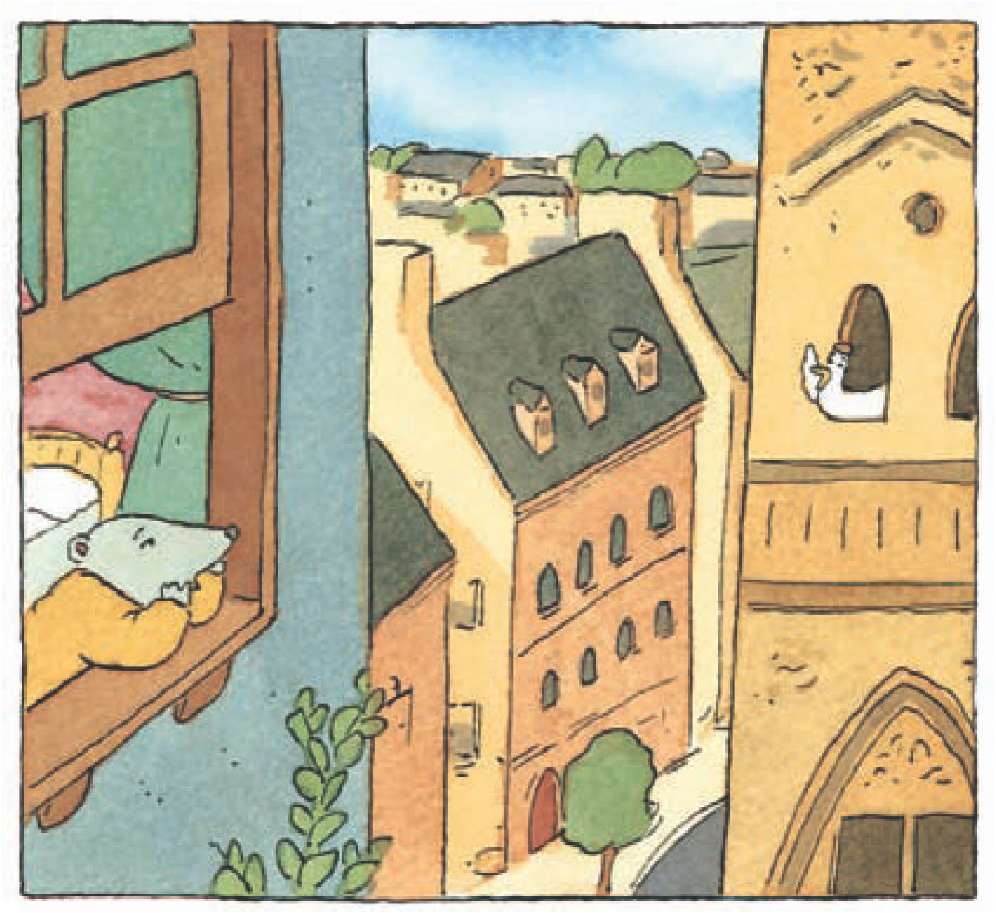 "Morning!" yelled the duck from the cathedral. "I got to ring the bells!"

Dodsworth laughed a little, but shouted, "You can't just leave like that! Do you understand?"

The duck nodded and waved. 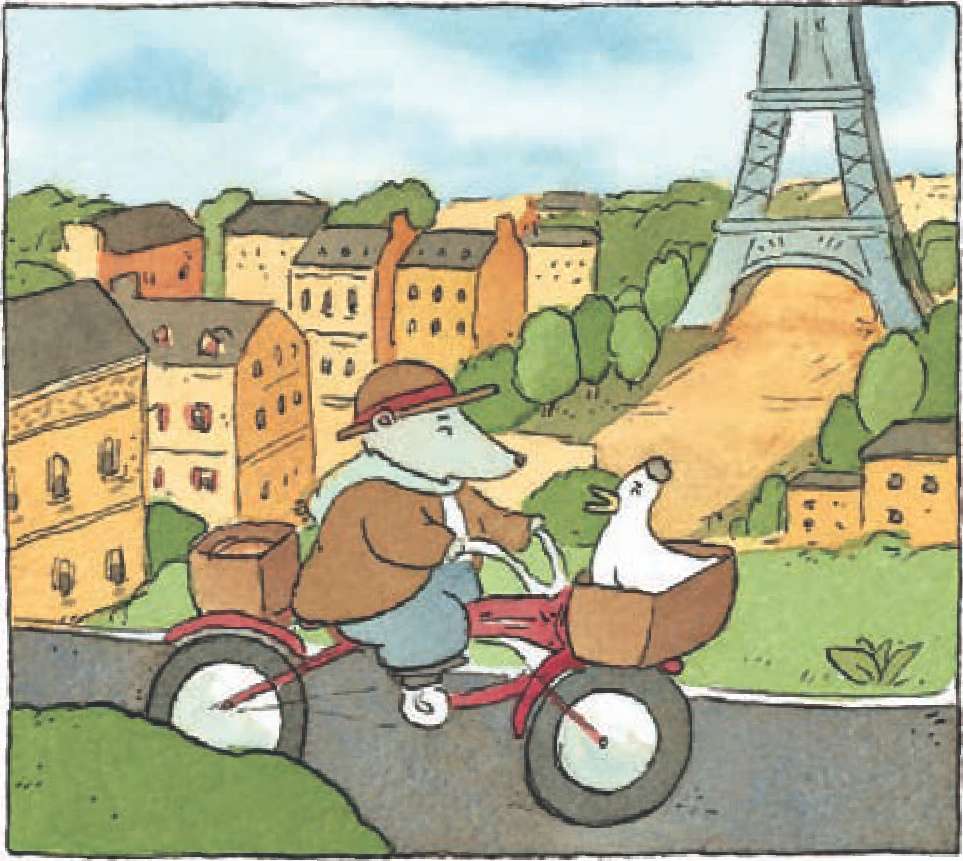 The duck sat in the basket.

They rode over to the Eiffel Tower.

"Now promise me," said Dodsworth, "you won't leave my side." 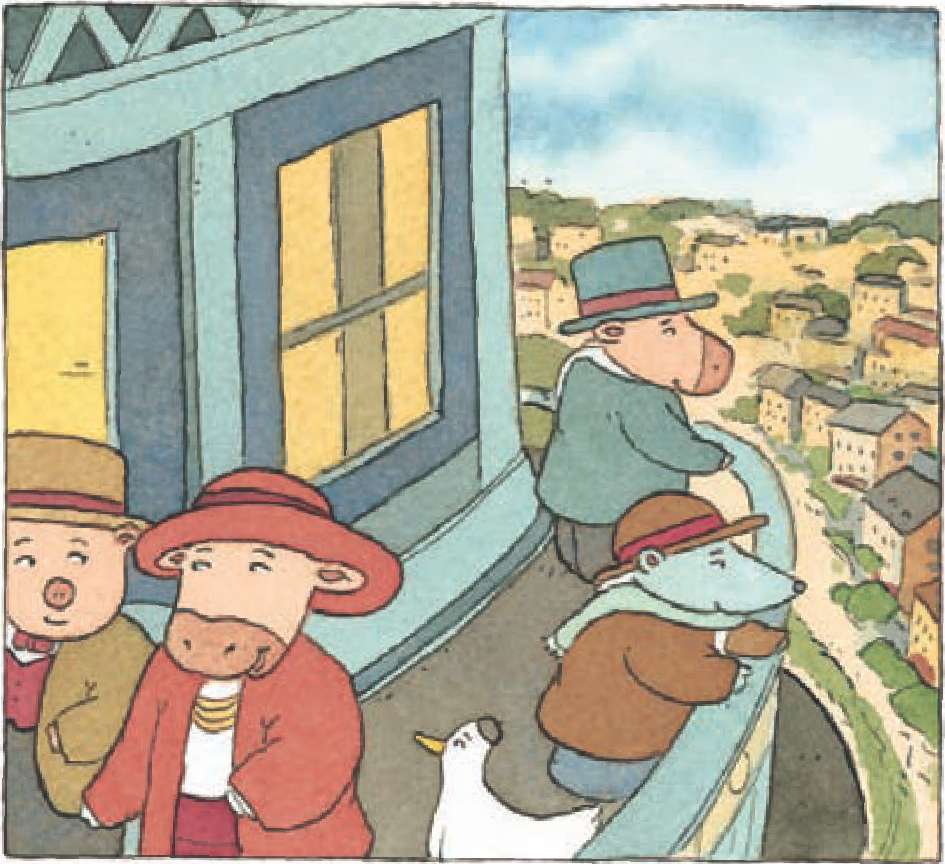 They went to the top of the Eiffel Tower.

They could see for miles.

"Wow," said a lady nearby. "Imagine how far a paper airplane would fly from here." 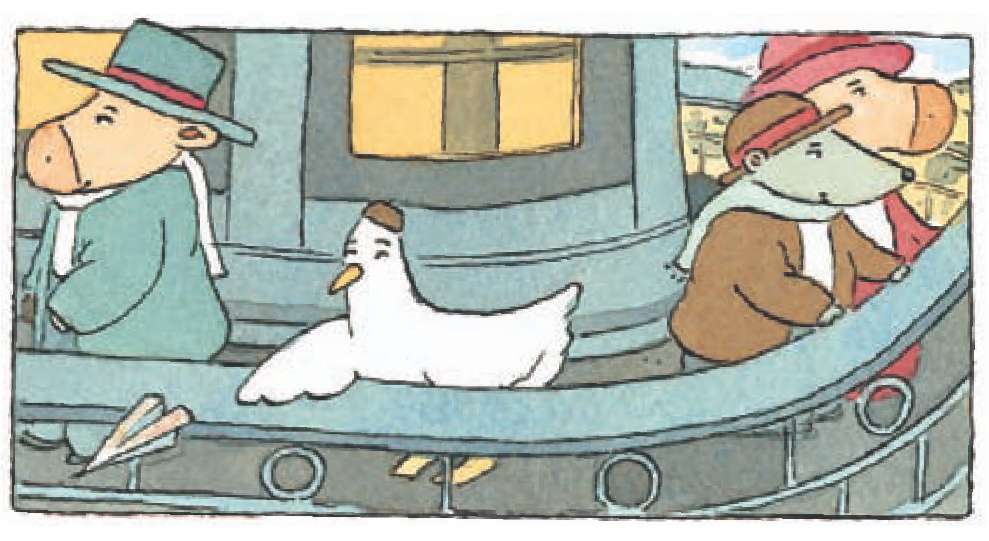 The duck loved the idea.

He took out some paper.

He made airplane after airplane.

Some flew better than others. 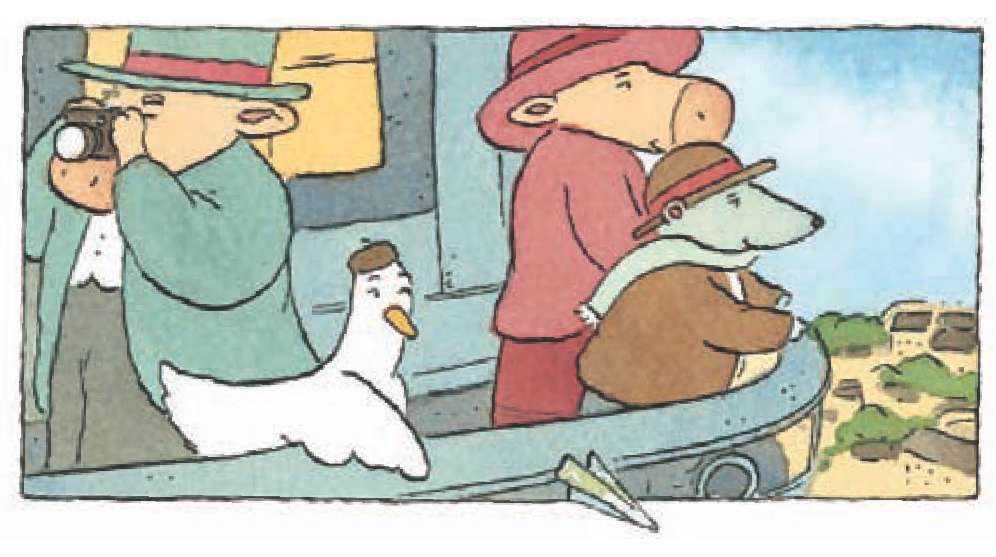 All the while, Dodsworth was enjoying the view.

He heard excitement from the crowd below.

"Something's going on down there," he said.

He looked over at the duck. 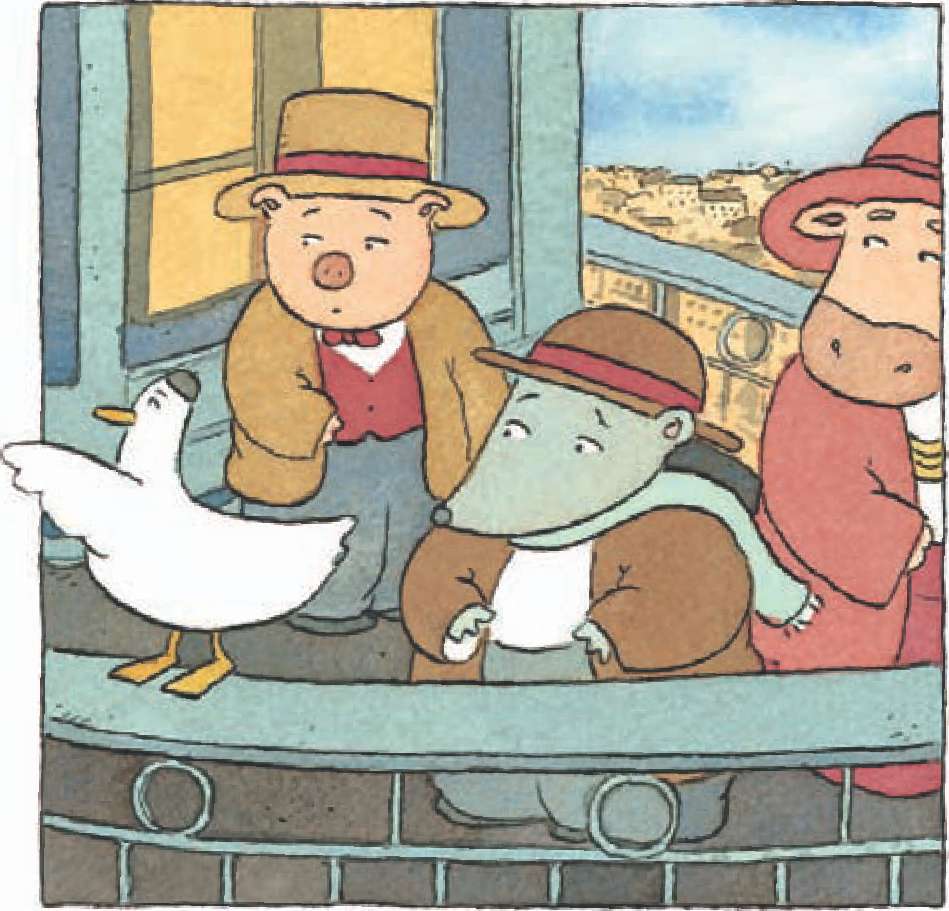 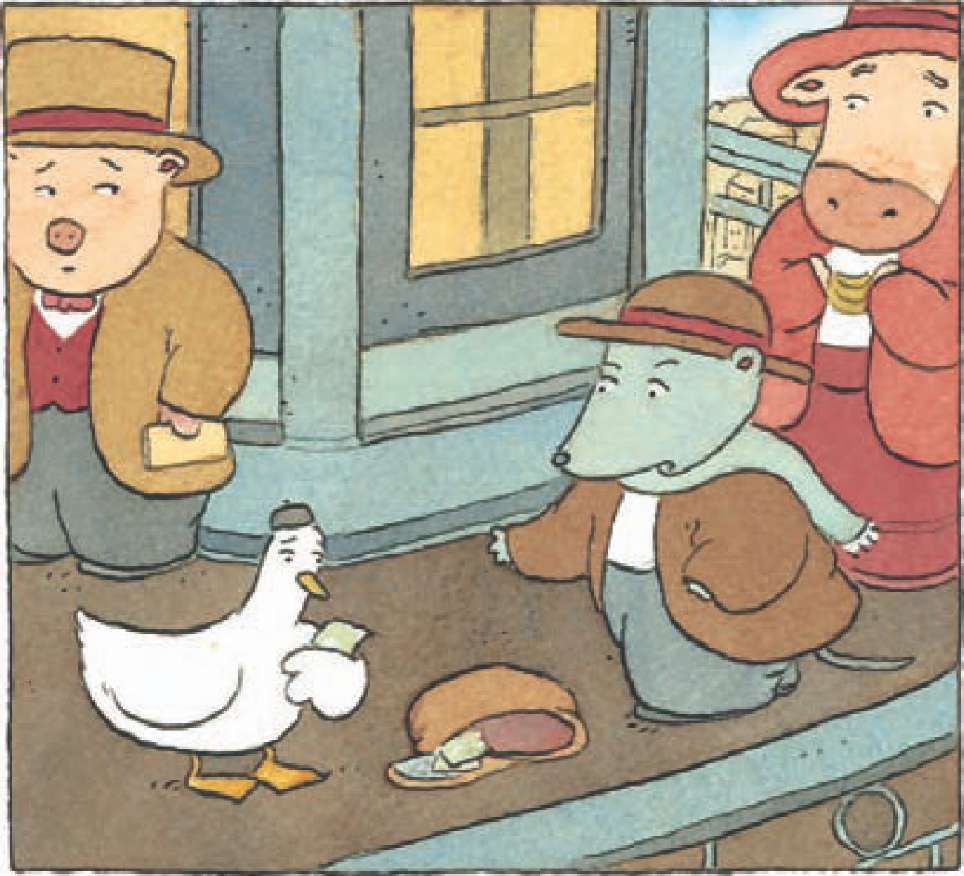 "What are you doing?" shouted Dodsworth. "That's our money!"

The duck was making the airplanes out of euros.

Everyday Hero by Kathleen Cherry
The Trail West by Johnstone, William W., Johnstone, J.A.
Promiscuous by Isobel Irons
There Once Lived a Woman Who Tried to Kill Her Neighbor's Baby by Ludmilla Petrushevskaya
Star Crazy Me by Jean Ure
Dönitz: The Last Führer by Padfield, Peter
Bread (87th Precinct) by McBain, Ed
The View from the Bridge by Nicholas Meyer
Stolen Love by Carolyn Jewel
Lady, Here's Your Wreath by James Hadley Chase