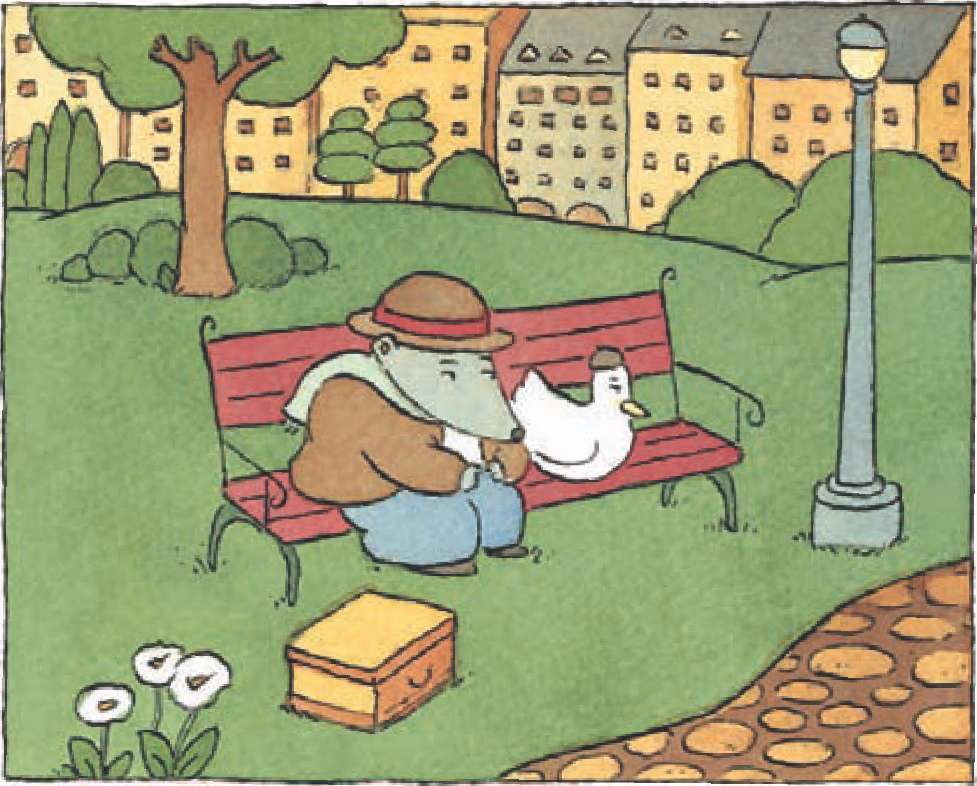 They lost their delivery job.

They had to return the bicycle.

Since they didn't have much money left, they sat in the park and tried to think of ways to make more. 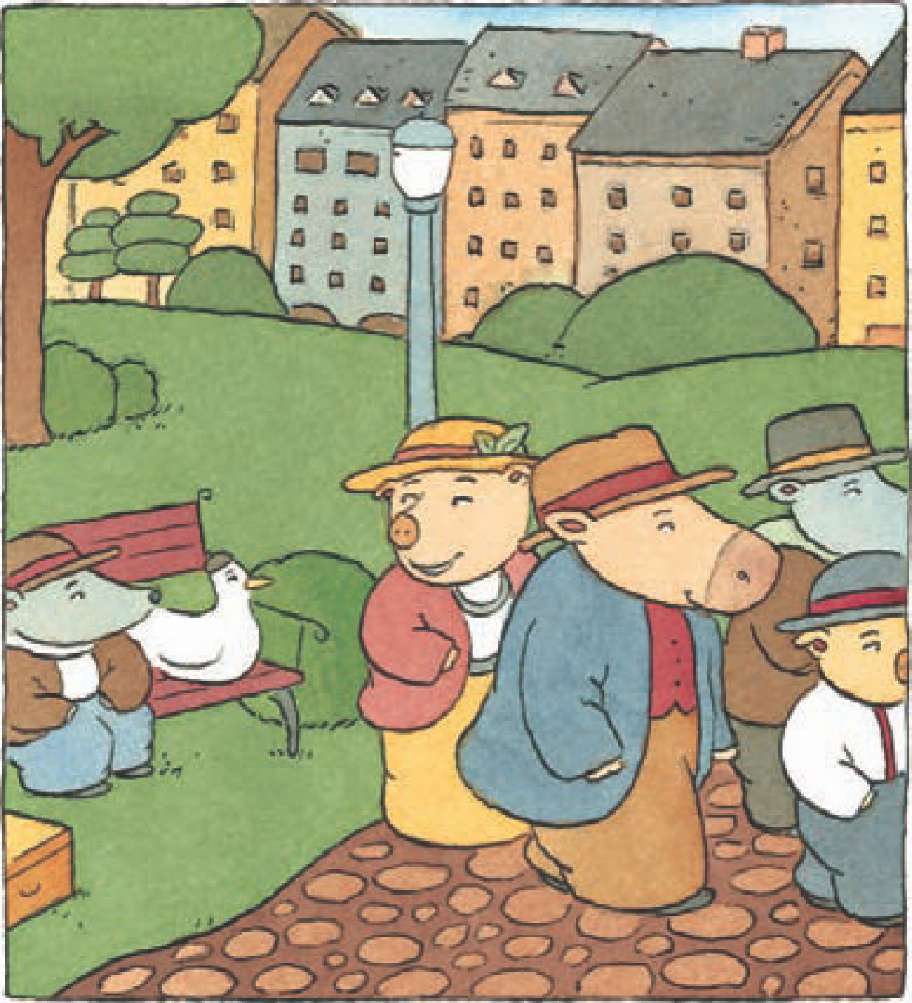 A crowd started walking by.

"Pardon me," said Dodsworth to a lady.

"Where is everyone going?"

"Why, to the Louvre, of course," said the lady. 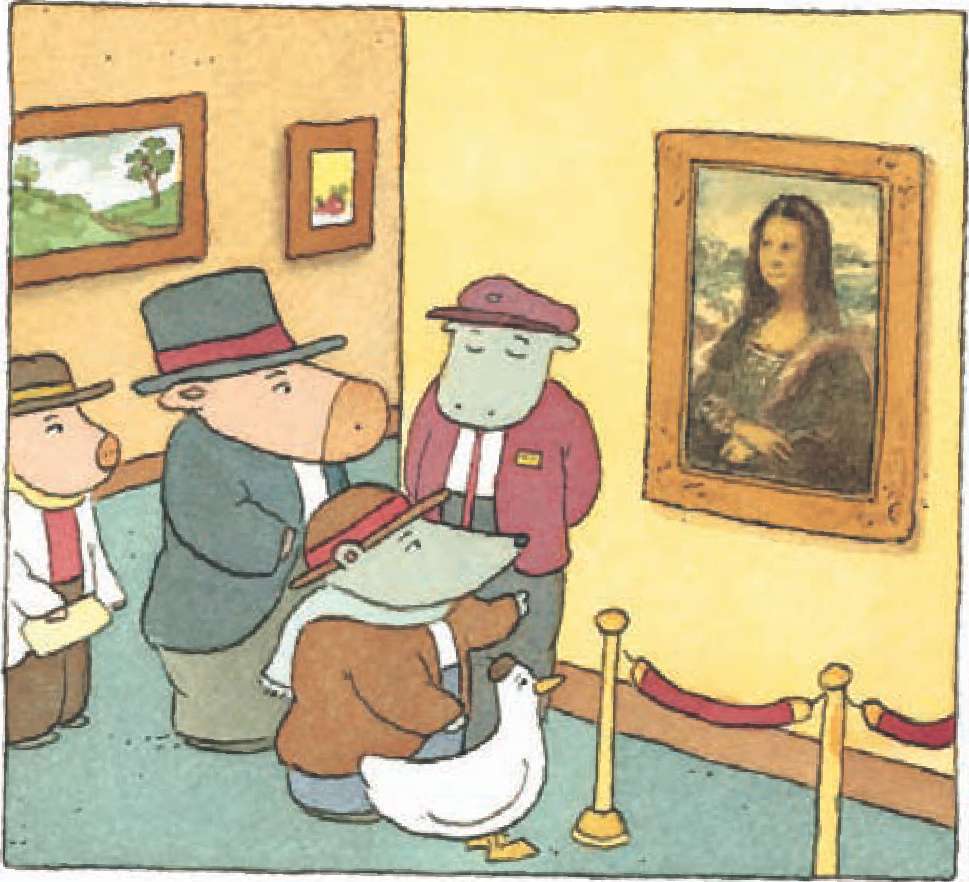 Anything free sounded good, so they followed the crowd to the great Louvre Museum.

Dodsworth stared at the Mona Lisa.

The Mona Lisa stared back.

He grabbed the duck and ran out of the museum. 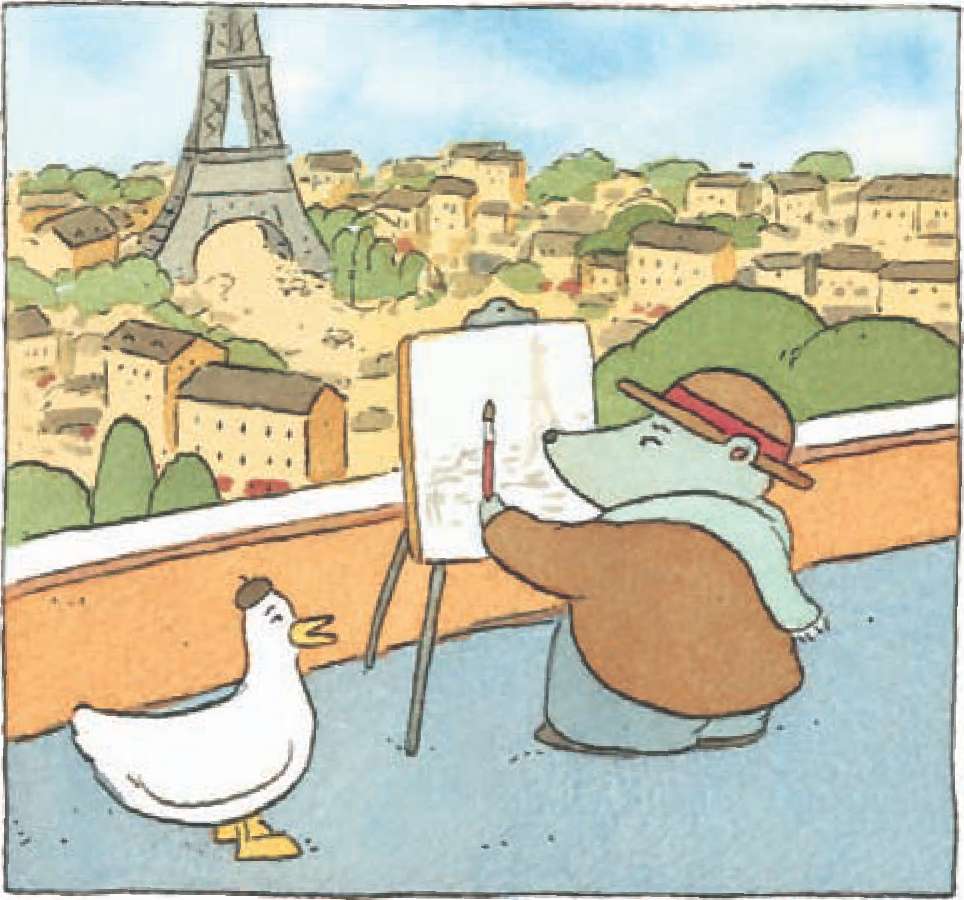 "I love painting!" said Dodsworth. "I'll make a picture and we 'll sell it. How tough could that be?"

"Could be pretty tough," said the duck.

Dodsworth took out some brushes and paint.

He spent the day making a picture of Paris. 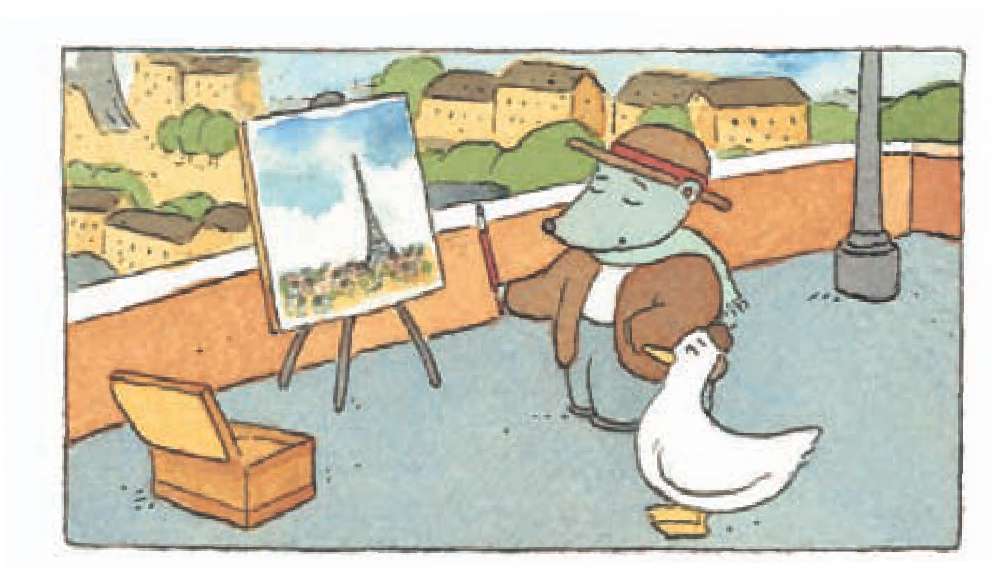 The painting came out beautiful.

The duck was impressed.

They took the painting around to galleries. 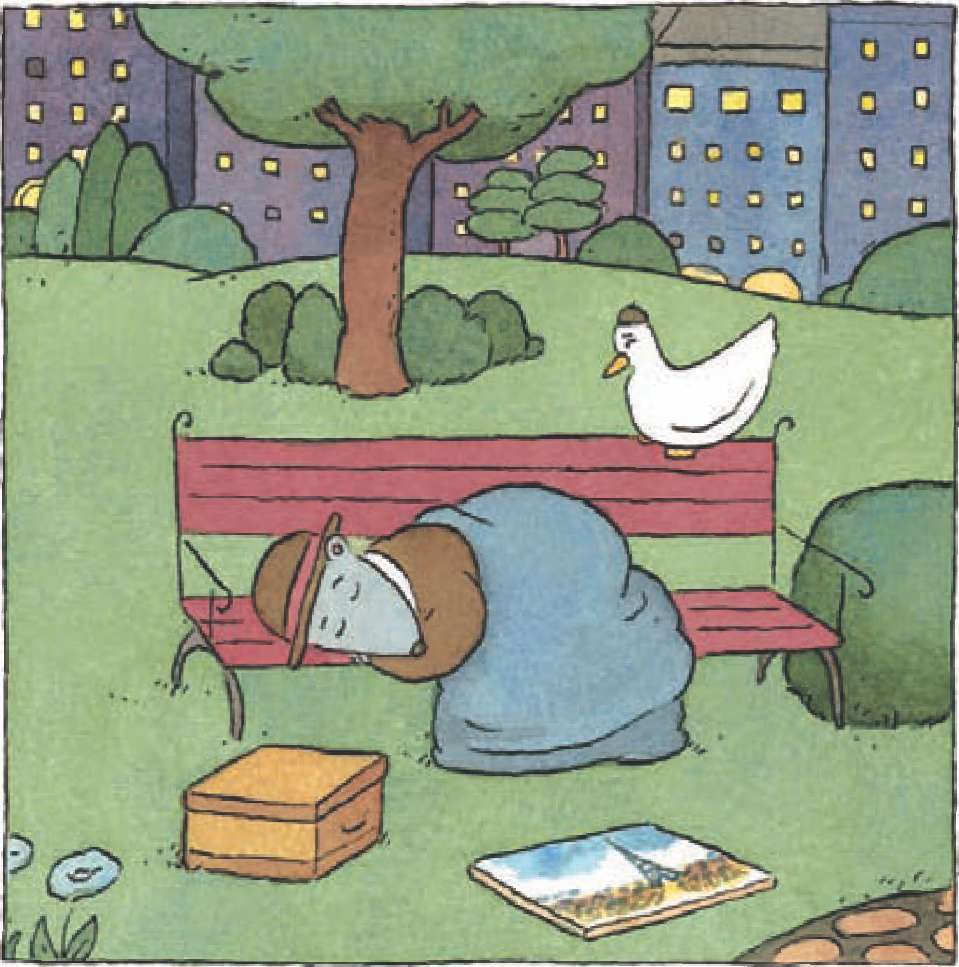 As the lights of the park twinkled that evening, he fell asleep on a bench.

The duck did not like his friend to be sad.

He had an idea. 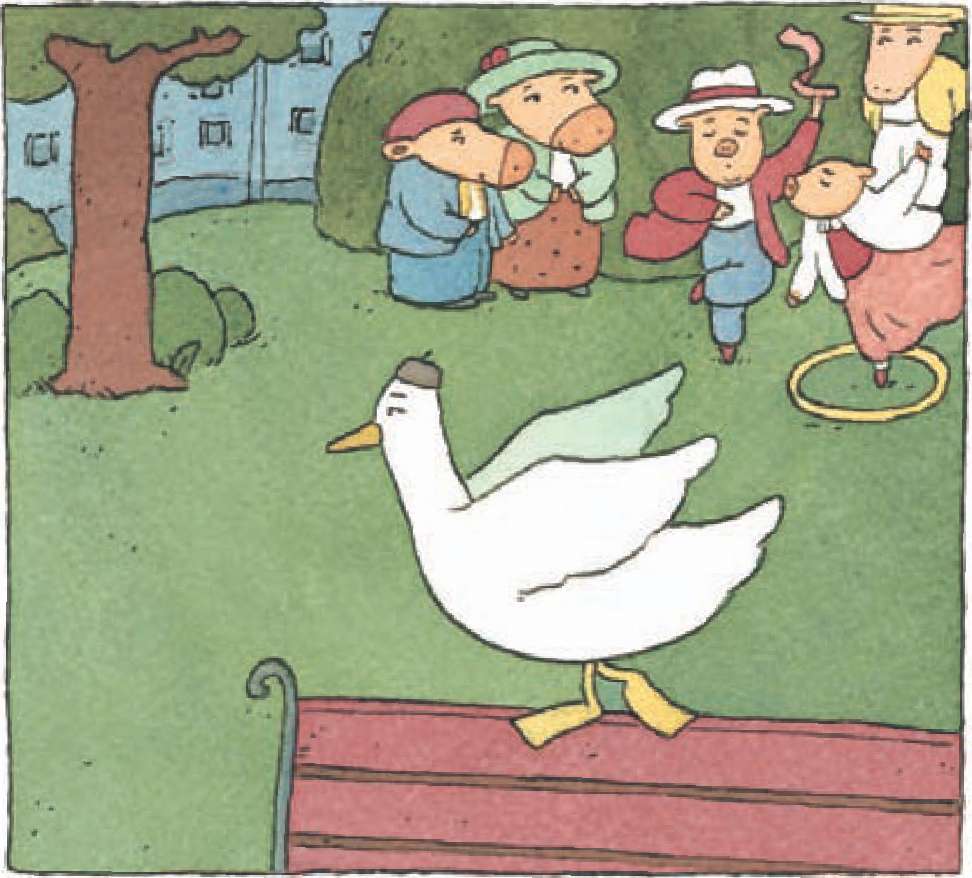 He waited for folks to throw coins.

Nobody threw any coins.

They didn't even seem to notice.

They were too busy watching a group of dancers. 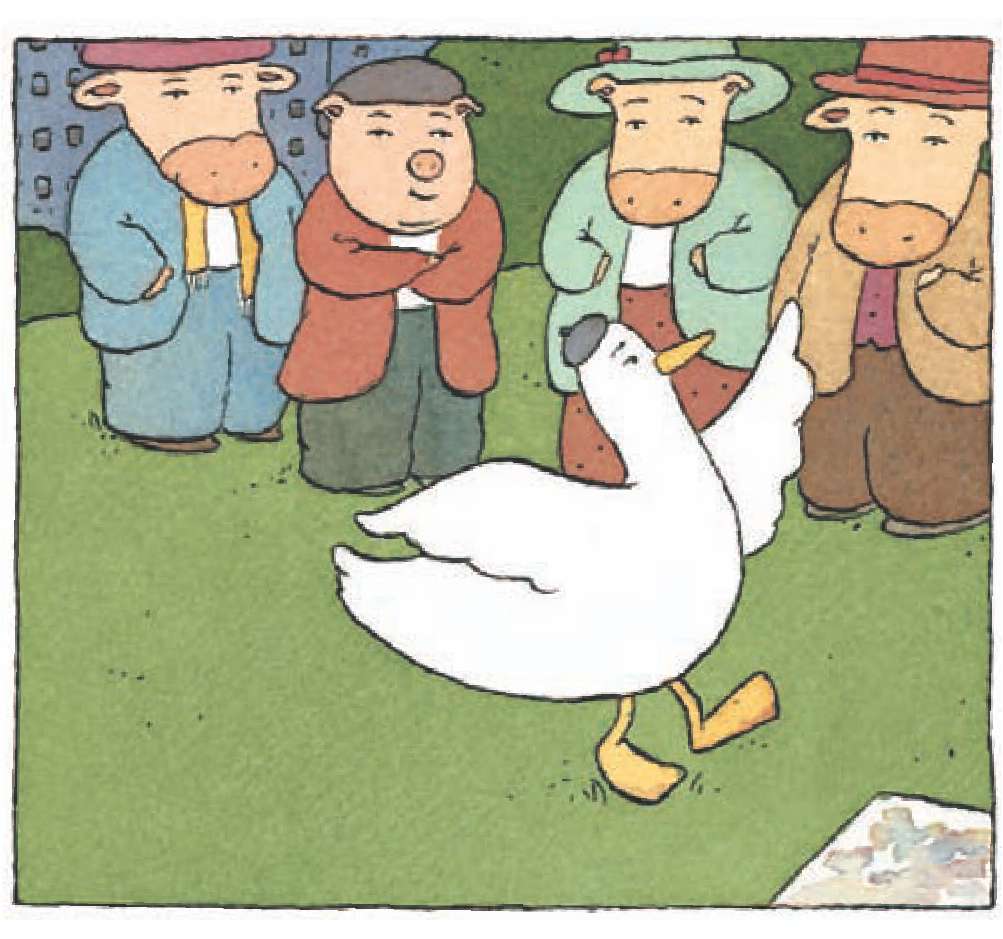 He was not a good dancer.

The duck fell asleep next to Dodsworth.

The night was cold and drizzly.

It wasn't a good night's sleep. 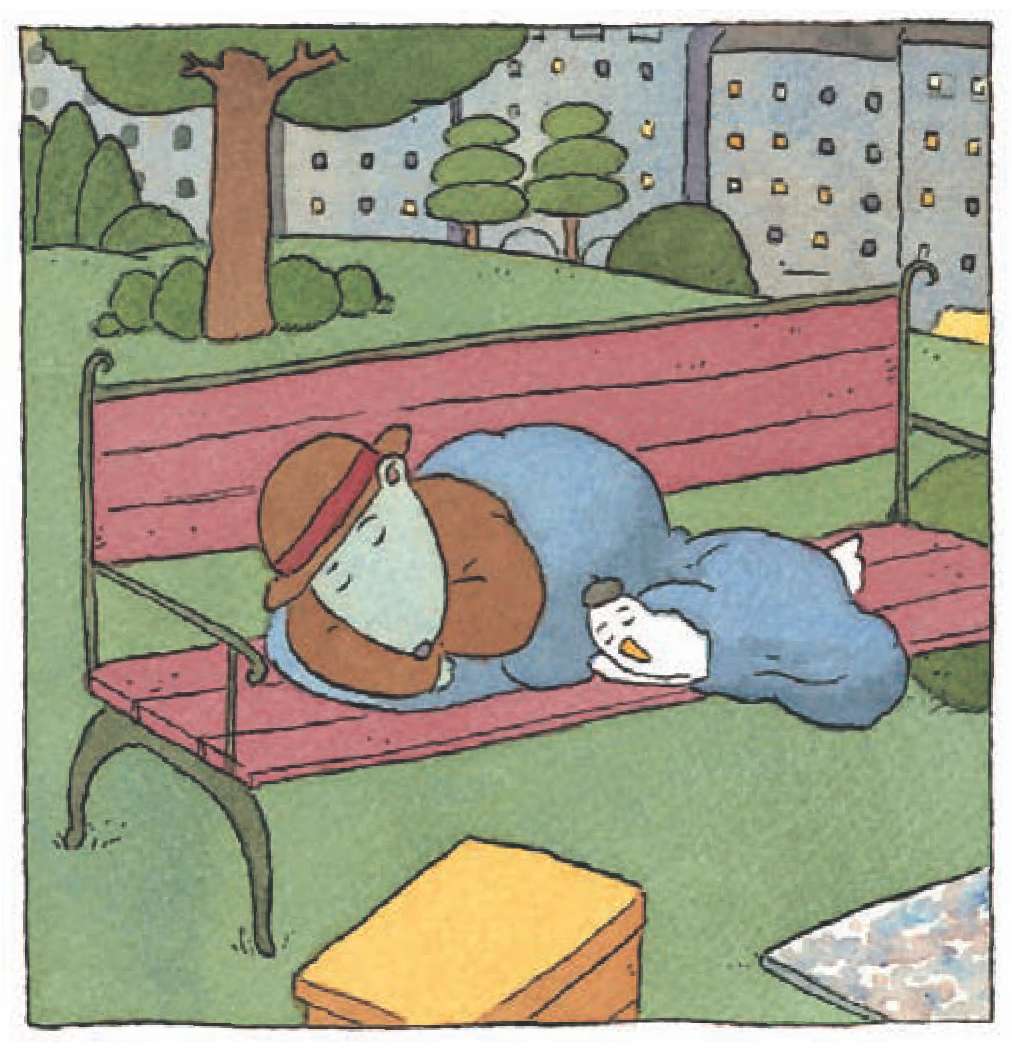 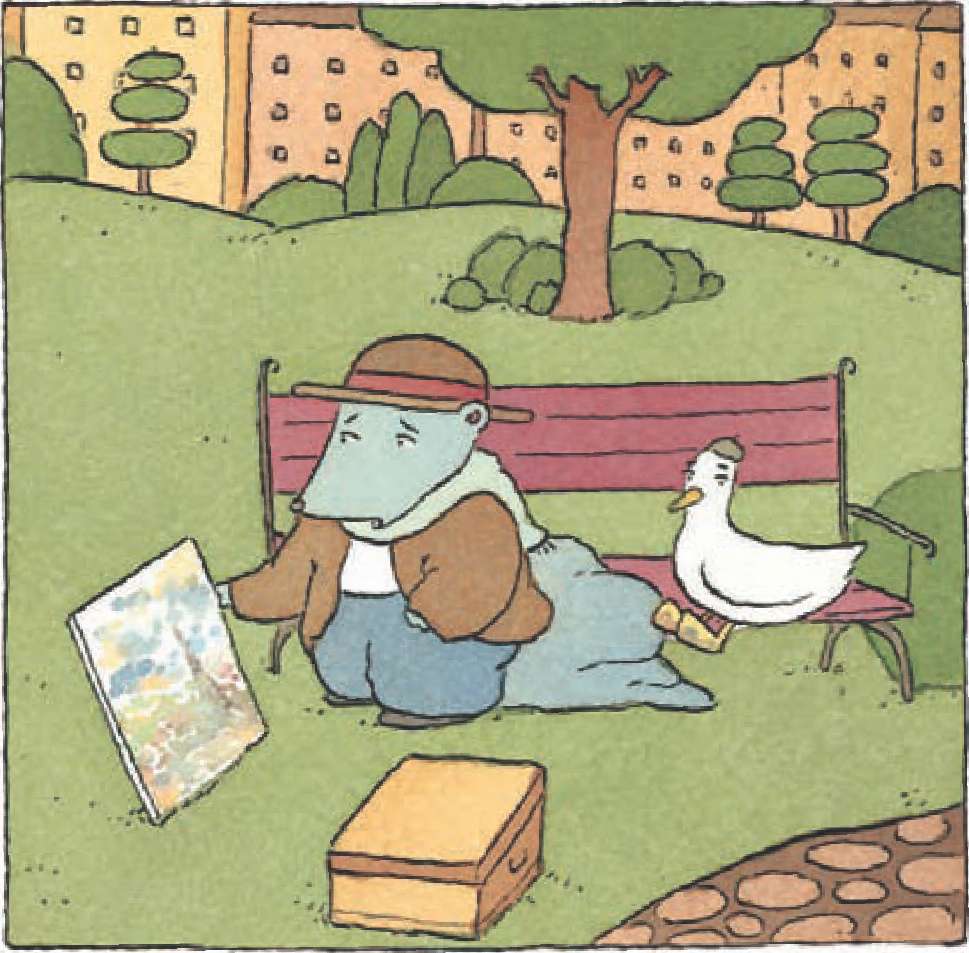 When they woke up in the morning, Dodsworth said, "Oh no! What happened?"

His painting was all blurry.

There was paint on the duck's feet.

He had danced on the painting by mistake. 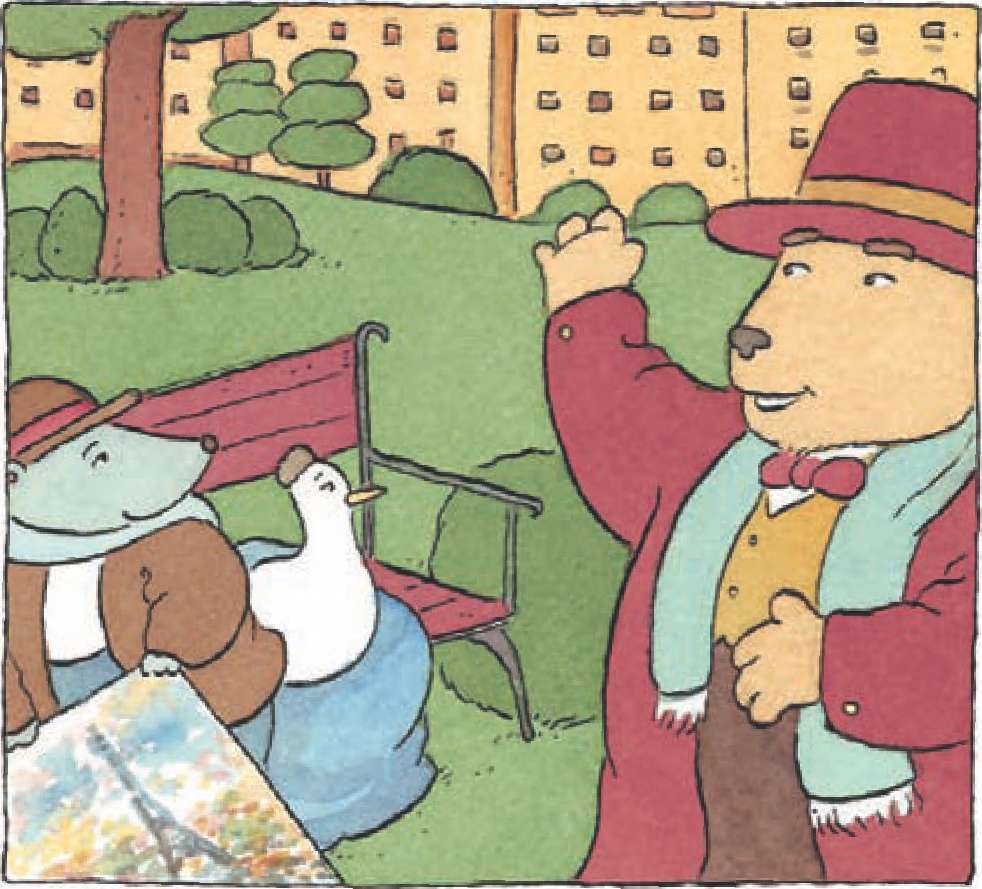 A fellow came walking by.

Dirty Tricks One Up On You html by Myla Jackson
Riding the Black Cockatoo by John Danalis
The Stonemason by Cormac McCarthy
Survivors by Z. A. Recht
Claiming Their Maiden by Sue Lyndon
Blue Highways by Heat-Moon, William Least
THE DEVILS DIME by Bristol, Bailey
The Sundown Speech by Loren D. Estleman
Borderland Beauty by Samantha Holt
Switching Places (Escape Into Romance) by Emrick, Kathrine