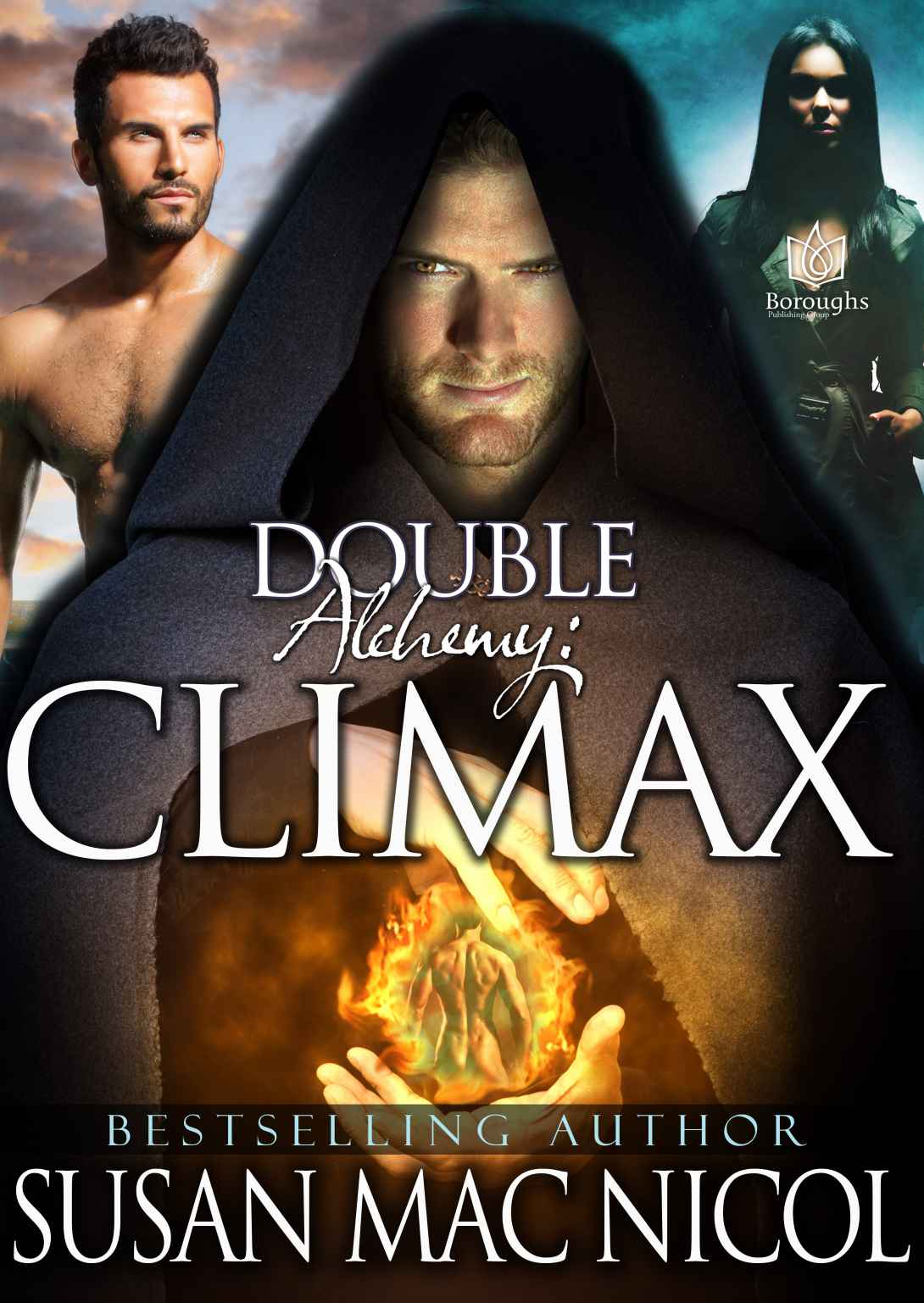 It begins with a Book of Shadows discovered by a London coven. The grimoire is as dangerous as it is rare, which is why it evokes modern-day warlock Quinn Fairmont’s desire. He collects objects of great power and beauty—like his lover, Cade Mairston.

Against all odds he and Cade found each other, but their perils have just begun. First is the ex-lover who once held Quinn in thrall. And, someone has been killing warlocks. Could it be one of their own kind? There are those too who would challenge Quinn’s power in their quest to overthrow him as Grand Master. Or is the danger something darker, something invoked inadvertently, rising from the shadows, building from the very inside of a man until it brings an end with a quick flash of light? Of the truth, the surface has only been scratched. Now Quinn and Cade must go deeper and find both answers and an end. They must learn what lurks in the hearts of men…and whether it seeks to love or destroy.

PUBLISHER’S NOTE: This is a work of fiction. Names, characters, places and incidents either are the product of the author’s imagination or are used fictitiously. Any resemblance to actual events, locales, business establishments or persons, living or dead, is coincidental. Boroughs Publishing Group does not have any control over and does not assume responsibility for author or third-party websites, blogs or critiques or their content.

All rights reserved. Unless specifically noted, no part of this publication may be reproduced, scanned, stored in a retrieval system or transmitted in any form or by any means, electronic, mechanical, photocopying, recording, or otherwise, known or hereinafter invented, without the express written permission of Boroughs Publishing Group. The scanning, uploading and distribution of this book via the Internet or by any other means without the permission of Boroughs Publishing Group is illegal and punishable by law. Participation in the piracy of copyrighted materials violates the author’s rights.

To all those people out there who believe in fairies. And witches and wizards. And trolls, goblins, Warlocks, the Loch Ness Monster, vampires, werewolves and the Yeti. Because without them passing down stories and spinning yarns about creatures that may or may not exist we wouldn’t have the wealth of legend and out-of-this-world beings that make our lives so damned interesting. So, thanks to you all for being believers. Keep up the good work so we have something to pass down to future generations.

As always, to my family who may roll their eyes when I wax lyrical about writing, gay man sex and the use of various implements and practices that shall not be named. They may not understand my obsession with this genre but they support it.

And again a huge thanks to my publisher, Boroughs Publishing Group, for their support through some rocky times I’ve had in the past year, their unfailing optimism that I am going to make it big and the gorgeous covers and inspirational blurbs that they create for me. I couldn’t ask for anyone better to be in the proverbial writing marriage bed with.

And to my wonderful online friends once again, the ones who support, nurture, cheer, tease, advise and are downright bloody rude sometimes yet always manage to cheer me up and encourage me to keep going. Thank you; you have no idea just how much each and every one of you are appreciated in my life.

Dead bodies were always bad form at coven meetings, and this one was no exception. Laura Claybourne looked helplessly at the body crumpled on the ground then stared around at the other members of her coven. Their fear and shock had rendered them mute.

Laura, a.k.a. High Priestess Misty Ravenbrook of the Ravenbrook Coven, was out of her depth. She’d never had someone die on her watch before, let alone so malevolently. Hells bells, she was going to have some explaining to do to the Praetorium.

Quinn Fairmont, Warlock and current Grand Master of the Warlock Consortium, scowled deeply as he perused the report from his right-hand-man Percy Ballantyne. Apparently, some idiot witches had chanted something from an unknown Book of Shadows and in the process, killed one of their own. Quinn’s frown grew even fiercer as he read further.

“Bloody hell,” he muttered to himself. “When will these damn people learn you can’t just go about chanting things when you don’t know what they mean? Found someone else’s Book of Shadows indeed. Honestly, they need their arses kicked.” His frown turned to a slight grin. “I’ll bet Valensia is one unhappy bitch right now and that woman’s psycho at the best of times.”

Valensia had been Quinn’s last-ever female lover—and they bore an intense dislike of each other as a result of some rather sly trickery on Valensia’s part. Quinn was not likely to ever forgive her for it.

You find it amusing that the witch is upset. I confess the idea brings me some measure of comfort as well.

Taliesin, Quinn’s magyckal alter ego, a powerful sixth-century sorcerer, muttered in his head. The two men were intricately linked in time and body and shared memories, thoughts and emotions.

Quinn chuckled. Surprisingly, his Withinner had never liked the seductive Valensia, and Taliesin generally thought
any
woman, or man, was fair game.

“Will you never tell me the story behind your dislike, old friend?” Quinn said in amusement, as Taliesin stirred. “I’d love to find out why the great Sir Bonkalot can’t bear this particular woman. I’d have thought she’d be a welcome addition as a string to your ever-upright bow.”

The reason should not concern you. I simply cannot bear the wanton hussy.

“I sense jealousy there,” Quinn murmured as he closed the file. “Better be careful or I’ll start thinking you have some human emotions in you after all.”

As the ultimate Warlock leader of the Consortium, Quinn prided himself on having one of the most extensive and knowledgeable networks of magyckal happenings, stories, mishaps and reported dangers and sightings. He had a varied network of people, Fey and human alike, feeding him information. Urgent matters were escalated directly to him, and magyck gone wrong and causing another’s death was always high on Quinn’s list of monitored activities.

He wondered, with his book acquisitor’s keen curiosity, whose Book of Shadows it was that had been found. It must have been a very powerful person indeed to be able to cause an event such as the recent one and he’d really like to get his hands on it. His predatory propensity for collecting ancient and archaic texts came to the fore and for a minute, he wanted the book so badly, he would have been prepared to do anything within reason. But he definitely wasn’t prepared to ask Valensia for it. That would be a disaster for them both.

Perhaps I can find another way to get it off her, via a third party—or maybe even steal the bloody thing.

He was pondering how he might manage this when he heard a noise at the front door and a soft murmuring as someone greeted the cat, Marco Polo. Quinn looked at his watch in surprise. Three p.m. He’d lost track of the time. Something he was good at doing when he worked. He smiled widely. His boyfriend, Cade, was home early, although it
was
Christmas Eve. He’d probably been given the afternoon off from the Institute of Anthropological Studies where he worked.

Quinn sighed, standing up and stretching his six-foot frame to get the kinks out of it. He’d been sitting at his desk for the better part of the day, and he had a burning need for some activity. He wondered to himself with a sly smile whether Cade was in the mood for some as well. He went onto the first floor landing to meet him. All thoughts of any lovemaking activity vanished when he saw his lover walking up the staircase.

Cade’s face was pale and drawn, eyes deep sunken and red. His normally confident stride and demeanour had been replaced by something else entirely. Cade smiled at him faintly but Quinn knew something was wrong.

“God, what’s wrong?” He moved to his lover swiftly, enveloping him in his arms at the top of the stairs. Cade leaned gratefully into Quinn’s warm embrace, his soft dark hair tickling Quinn’s face and his taut body pressing against his in an uncommon gesture of pure need.

“We had a tragedy at the Institute today.” Cade worked as both a researcher and lecturer at the Institute for Archaeological Studies in Golders Green. He was a much-lauded member of the team there with his willing nature and expertise. “Do you remember me telling you about Graham?”

Quinn nodded, remembering the story of Graham Knox, one of Cade’s associates, who’d lost his wife and son in a motor accident just over two weeks ago. Cade had been at the funeral.

“He killed himself this morning at his office in the Institute. He shot himself.”

Quinn heard the catch in his lover’s voice. Cade had been very fond of Graham, counting him as a friend as well as a colleague. Quinn had met him a few times at various office functions.

Quinn was horrified. “That’s terrible. Was it because of the death of his family?”

Cade nodded and Quinn hugged him tighter, wishing he could take his obvious grief away. “He left a note saying he was sorry, but he couldn’t face life without Kim and Eddie, especially with it being Christmas Eve. He said he couldn’t face Christmas alone. I can’t believe he’s gone, Quinn.”

Cade’s voice was flat. Quinn knew he’d suffered tragedy in his life before and this latest death seemed to have hit him hard.

Quinn held him tight, feeling helpless in the face of his pain. “Why didn’t you call me, you muppet? I’d have come and fetched you earlier from work,” he murmured softly as he rubbed Cade’s back in soft, soothing strokes.

Cade shrugged. “It was a total circus at the Institute and Ambrose really needed my help to keep things under control. Once everything was sorted, Ambrose told me to get home for the holiday and be with you.”

Professor Ambrose Tickler Brown was Cade’s boss at the Institute, an older man who thought the world of Cade and treated him like a son. Quinn held Cade closer, his arms encircling him protectively.

“Come on, let’s go downstairs and sit in the lounge. I’ll make you tea if you like. I’ll try not to let it stew too long, I promise.”

That elicited a small smile from Cade. Quinn’s cooking and culinary skills were definitely below par. Quinn had never seen the point when there were plenty of eating establishments and takeaway outlets in the area that pandered to his every whim. His tea making tended to err on the side of pure tar as he constantly forgot to remove the bag, being easily distracted and getting caught up in anything else that took his fancy. Often were the times Cade had come looking for him only to find a cup of cold stewed tea and no Quinn as he disappeared to his study or the basement.

In the Distance There Is Light by Harper Bliss
Yes by Brad Boney
The Contingency Plan (The Lonely Heart Series) by Nelson, Latrivia
Marked Clan #2 - Red by Maurice Lawless
Regurgitated (Book 2) (The Filthy Apocalypse) by Gear, Dick
Blood Runs Cold by Alex Barclay
Beneath the Stain - Part 4 by Amy Lane
Strange Wine by Ellison, Harlan
Vampire "Untitled" (Vampire "Untitled" Trilogy Book 1) by Lee McGeorge
Origins of the Universe and What It All Means by Carole Firstman