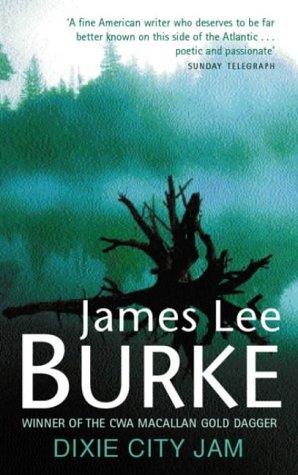 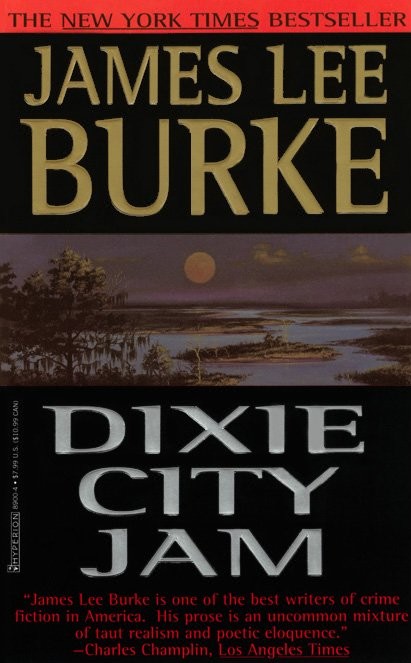 First published in Great Britain by
Orion in 1994

The right of James Lee Burke to be
identified as the author of
this work has been asserted by him in accordance with the Copyright,
Designs and Patents Act 1988.

All rights reserved. No part of this
publication may be
reproduced, stored in a retrieval system, or transmitted, in any form
or by any means, electronic, mechanical, photocopying, recording or
otherwise, without the prior permission of the copyright owner.

A CIP catalogue record for this book is
available from the
British Library.

for Porteus and Alice Burke

Not many people believe this, but in
the early months of 1942
Nazi submarines used to lie in wait at the mouth of the Mississippi for
the tankers that sailed without naval escort from the oil refineries at
Baton Rouge into the Gulf of Mexico.

It was a shooting gallery. Because of wartime censorship the
newspapers and radio carried no accounts of the American ships sunk off
the Louisiana coast, but just after sunset people could see the oil
fires burning on the southern horizon, like a quickening orange smudge
low in the winter sky.

As a little boy in New Iberia, I heard shrimpers talk about
the burned, oil-coated bodies of four merchant sailors who had been
found floating like lumps of coal in an island of kelp, their sightless
eyes and poached faces strung with jellyfish.

I had nightmares for many years about Nazis, who I imagined as
pinch-faced, slit-eyed creatures who lived beneath the waves, not far
from my home, and who would eventually impose a diabolical design upon
the earth.

While scuba diving in college, on a calm, windless day, I
accidentally found one of those submarines in sixty feet of water,
resting at an angle on its keel, the deck rails and forward gun gray
and fuzzy with seaweed, a chain of tiny-bubbles rising from the stern.

My heart was tripping against my rib cage, the blood vessels
tightening in my head, but I refused to be undone by my childhood
fears, and I swam down to the twisted remains of the periscope until I
could see the swastika and ship's numbers painted on the side of the
conning tower.

I took my bowie knife from the scabbard on my side, and, like
the primitive warrior who must touch the body of a slain enemy, I
tapped with the butt of the knife on the conning tower's rim.

Then one of the strangest occurrences of my life took place.

I felt a bone-numbing coldness in the water, where there had
been none before; then a sound, a vibration, like a wire cable
snapping, rang through the entire length of the submarine. The conning
tower began to right itself in the current, the metal plates on the
hull grating on the sand, and clouds of silt and trapped oil rose from
under the keel. I watched in horror as the submarine seemed to poise
itself just above the gulf's floor, streamers of moss fanning back from
the tower like tattered battle flags, then dip its bow downward into
the darkness and slide over the edge of the continental shelf, my bowie
knife toppling onto the rising stern, while sand sharks spun like
minnows in the wake of its screws.

I discovered later that there was no mystery about the U-boat.
It had been caught recharging its batteries on the surface, shelled by
a U.S. Navy destroyer, then blown out of the water by depth charges,
its spine broken; since that time it had scudded and bounced with the
currents up and down the floor of the gulf along the Louisiana coast.

But sometimes in a dark moment I wondered about the crew that
had gone down in a scream of sirens and whistles and torrents of water
bursting through the ruptured plates or cascading down the tower that
no one could close in time. Did they claw one another off the ladders?
Were they willing to blind or maim or kill one another just to breathe
air for a few more seconds? Did they regret embracing the scheme that
would make the lights go out all over the world?

Or were they still sailing beneath the waves, their skins
pickled in salt, their uniforms nests for moray eels, their plan to
turn the earth into a place of concertina wire and guard towers still
on track, as certain in prospect as the phosphorescent and boiling wake
of a torpedo streaking toward a distant ship silhouetted against an
autumnal moon?

It had been a strange day out on the
salt. The wind was hot
and sere out of the south, and in the swells you could see the shiny
backs of stingrays and the bluish pink air sacs of jellyfish, which
meant a storm was probably kicking them in toward shore; then the
barometer dropped, the wind died, and the sun looked like a white flame
trapped inside the dead water.

It rained for only about five minutes, large, flat drops that
struck the water like lead shot, then the sky was clear and hot again
and the sweat and humidity ran off your skin like snakes. Far to the
south I could see the storm become stationary. Gray clouds were
anchored low on the horizon, and right where they met the water there
was a white line of surf and an occasional fork of lightning, like
silver threads trembling inside the clouds.

While Batist, the black man who worked for me, put out the
lines for gafftop catfish, I slipped on my air tanks, flippers, and
mask and went over the side, following the anchor rope down through the
cone of translucent green light, down to a level of water that was
suddenly cold and moving and gray with silt, spinning with yellow
blades of seaweed, perhaps alive with sand sharks that could whisk past
you with such energy and force that you felt you had been struck by an
invisible hand.

The anchor rope was taut and hard when I touched it. Above me
I could see the silhouette of my boat's hull wobbling against the
light, the bow dipping into the chop against the pull of the anchor. I
blew my mask clear and went down ten more feet along the rope, into a
barrel of darkness, of swirling silt that had been blackened with oil,
into sounds that shouldn't have been there—metal knocking
against
itself, like a ball peen hammer bouncing idly off an anvil, steel
plates grinding across hard-packed sand, perhaps wire cables lifting in
the current and lighting on twisted spars.

I gave it up and headed for the surface, rising once more into
water bladed with sunlight, into the predictable world of wind and salt
spray blowing against the mask, of gulls and pelicans gliding overhead,
of Batist straining with both hands against a stingray he had
foul-hooked through the stomach.

I pulled off my tanks and rubbed my head and face dry with a
towel. Batist was stripped to the waist, his back knotted with muscle,
his cannonball head popping with sweat as he got the gaff into the
stingray and lifted it over the gunwale. The gaff had gone all the way
through one of the ray's leathery wings. Batist flopped it on its back,
shook the gaff loose, then knelt on one knee and sawed the treble hook
out of its stomach. He wiped the blood off his knife, looked at the
bent prongs on his hook, then flung the ray overboard with both hands.

'Ain't smart. They's a lot of trash down there. They's even
trees, yeah, you know that? They float all the way down the Miss'sippi.
Some big as your house.'

'I suspect you're right.'

'Well?' He put a cigar in the corner of his mouth.

'You found that sub down there?'

'I heard some metal banging around, but I don't know what it
is. It's too murky to see anything.'

'Maybe it's a wrecked oil rig down there. You t'ink of that?
Maybe you gonna get tangled up in it, lose your life, Dave, all 'cause
that Hippo fellow wavin' ten t'ousand dollars around. He want that sub,
let him get his fat butt out here and look for it.'

'It don't do no good to be rich in the graveyard, no.'

'I'm getting your drift. I really appreciate it.'

'How about we catch some fish?'

'That's what I been tryin' to do. Except somebody been
swimmin' around under my line.'

Hippo Bimstine was a mover in the state Democratic party and
probably owned half of the drugstores in New Orleans. His girth was
elephantine, his bejeweled, pudgy fingers and yellow-and-black
checkered sports coats legendary. On any given afternoon you could see
him in the Pearl on St. Charles, eating anywhere from five to eight
dozen oysters on the half shell, washing them down with pitchers of
beer, his thick neck powdered with talcum, a purple rose in his lapel,
his jowls freshly shaved and glowing with health, his eyes squinting
almost completely shut when he smiled. Years ago I had told him the
story about the wreck of the German U-boat I had discovered on a calm
summer day when I was in college. Last week a friend of Hippo's, a
charter skipper out of Cocodrie, said his sonar had pinged a huge metal
object just south of Grand Isle. Hippo remembered the story about the
sunken sub, called me in New Iberia, and said he would pay a
ten-thousand-dollar finder's fee if I could locate the sub and he could
salvage it.

'What are you going to do with a World War II U-boat, Hippo?'
I said.

'Are you kidding? You ever see this Geraldo guy on TV? He had
millions of people watching him dig into a basement wall under a
Chicago hotel where Al Capone used to live. He had everybody believing
there was a car, dead bodies, gold bars, machine guns, all kinds of
bullshit, buried in this underground vault. The show went on for three
hours. It was so boring you had to keep slapping yourself awake. You
know what he found? A big pile of wet sand and some old bottles. He
also almost punched a hole in the retaining wall that keeps Lake
Michigan out of the city of Chicago.