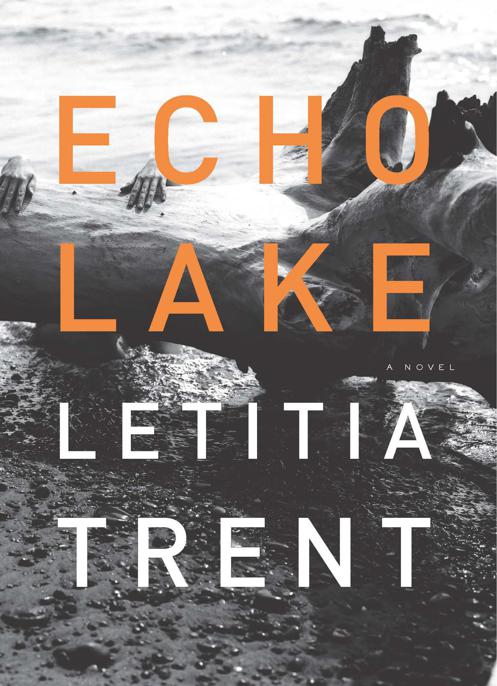 “
Echo Lake
is more than just a good debut novel. It is the coming-out party for Letitia Trent, the new poet-queen of neo-noir.”

“In
Echo Lake
, Letitia Trent, with deceptively simple, beautiful language, creates a small American town slowly self destructing under the weight of its secrets. Trent illuminates the mystery of family and community, the pain of loss, all the while spinning a tale of murder and suspense. It’s at turns a lovely and bone chilling read.”

—
PAULA BOMER
, author of
Inside Madeleine

“In
Echo Lake
, Trent’s small town characters guard their secrets, and warn their children away from the mist-covered lake. Dark, ominous, and lyrical,
Echo Lake
is a beautiful exploration of loss, and the menace of deceptive surfaces.”

—
KAREN BROWN
, author of
The Longings of Wayward Girls

“Trent’s debut novel combines a ripping good scare with prose as rich as dark verse. Her characters wear the imprint of the past like livid bruises, the bravest among them untangling their distorted histories to discover truths about the nature of community, family and self.”

“Trent’s years as a poet serve her well in this heavily atmospheric novel, which deftly conjures up both evil and a small town’s complicit reluctance to face its past.” 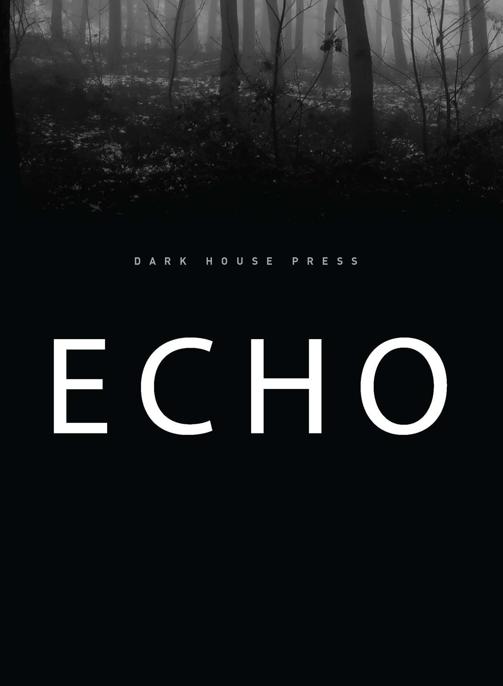 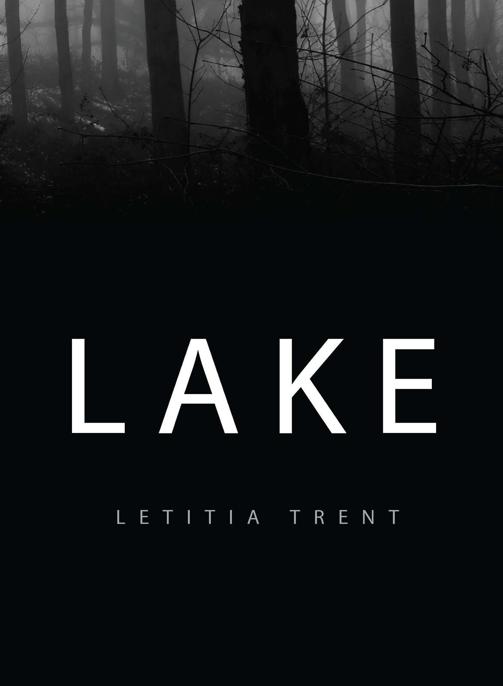 All rights reserved. No part of this book may be reproduced in any form or by any electronic or mechanical means, including information storage and retrieval systems, without permission in writing from the publisher, except in the case of short passages quoted in reviews.

This is a work of fiction. All incidents, situations, institutions, governments, and people are fictional and any similarity to characters or persons living or dead is strictly coincidental.

Manufactured in the United States of America. 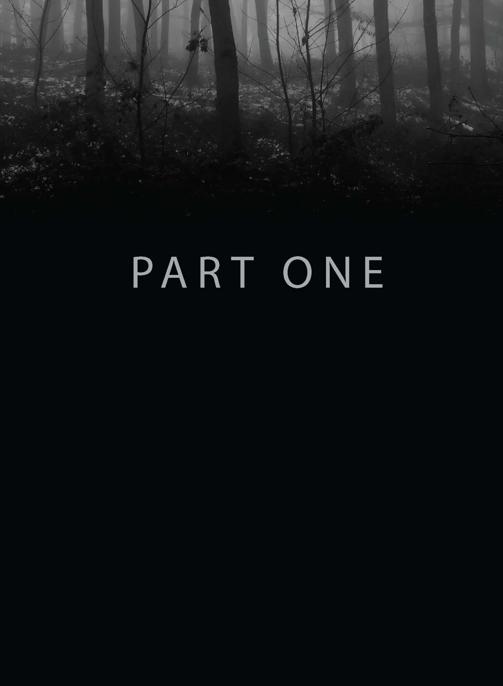 Where are we going? Emily asked, and she heard her voice smaller and higher in her throat than it had been in years. She looked at her hands, white and smooth. She didn’t have that scar at her knuckle where she’d cut herself on a broken glass at the bottom of the sink, the cut she’d needed stitches for her senior year of college. On her feet were plastic jelly sandals, purple ones, her skin dusty between the crosshatching.

Her mother Connie drove with the windows down and was young again. She wore a sundress, and her hair was gathered in a high ponytail. Her blonde hair whipped around her face—the driver’s side window was opened just a crack and made a loud, sucking sound.

Her mother hummed and kept her eyes on the road.

But I’m thirty and my mother’s dead, Emily thought. She could not let herself imagine that life was otherwise. Even in dreams, she was not able to let go. She wished she could, but she knew: I am only dreaming. Connie was really dead. Emily was no longer a child. Everything was much worse than it looked right now.

Where are we going? Emily asked again, this time speaking over the sucking sound from the window.

Her mother turned to her and smiled, her cheeks bright, but her lips pale and dry. Connie never wore soft shades of lipstick, never had the soft feathered hair or chalky pale eye shadow of the television mothers in the eighties, the mothers Emily had so wished for as a child.

Emily sat up and looked out the blue-tinted window. The road before them was flat and empty of cars. They passed a ranch where the cows stared dully at the very edges of a thin, wire fence, chewing and chewing on what? The brown grass? Emily didn’t know. Her small body made her afraid to ask questions. She imagined that she might accidentally reveal to her mother what she knew—that Connie had died in two thousand and four of lung cancer. That Connie really hated Heartshorne. No matter how bad it is here, it’s better than where I came from, she’d tell Emily while awake late at night, pacing the living room while Patsy Cline sang on the tape from the tinny little boombox on the kitchen counter or cleaning until she was so exhausted she could only lay in bed smoking cigarettes.

Why are we going there? Emily asked. Connie rolled up the car window and the sucking sound stopped. She heard only the muffled inside sounds of the car now—the road rolling underneath their wheels and the sound of the wind trying to get in.

Why? Emily asked again. Connie kept her eyes on the road. They were coming up to sharp curves, some hills even, and though the grass was still brown, the trees were taller and houses scarcer. They were entering the country, not the rambling, long stretches of flatland but the closer, secret hollows of forest.

Because you can’t stay away from home for too long, she said. It makes you crazy. You can’t just leave. You have to understand why.

Listen, Emmy, she said, using the name that Emily had always wanted to hear whenever her mother was in one of her rare moods of happiness.

Emmy, you’ll be going home soon, she said. Make the most of it.

She touched Emily’s knee where her jeans had faded from playing in the dirt with her buckets and dolls and collections of dirty stuffed animals she treated as pets or children, depending on the game.

Emily woke at five thirty. The light outside was at the soft angle she loved but rarely got to see anymore. She used to stay up with Eric until five, after his gigs that lasted until well after midnight, days when she would go straight from gigs being with him to her early-morning work in tech support, her hair reeking of cigarettes and the hem of her dress smelling of gin where Eric had spilled his drink. Now, she worked a proper day job that required pumps and stockings, her hair arranged in some semblance of order, and a professional wardrobe of blacks and neutrals. They had health insurance now. They had moved into a larger apartment, closer to downtown Columbus, which didn’t mean much anymore. Downtown was dying, the malls empty of stores and people, the restaurants with service staff who spent more time on break than at work. But still, it was a central location and she could catch the bus from there.

She was alone in bed, the covers kicked onto the floor. She sat up, goose bumps traveling down her arms and legs in a wave. Her phone lit blue in the still-dark room. Eric had left a message at three—he had crashed at John’s after the gig. He’d be home sometime the next day. Love.

He’d used the word crashed like they had when there were just out of college, young enough to get carded and to stay up until dawn smoking cigarettes on the porches and steps of clubs or apartments.

Black Hills Desperado (Black Hills Wolves Book 3) by Jackson, D.L.
The Death and Life of Gabriel Phillips by Stephen Baldwin, Mark Tabb
Falling Off Air by Catherine Sampson
Crazy Summer by Hart, Cole
Athena's Ordeal by Sue London
Plain Peace (A Daughters of the Promise Novel) by Wiseman, Beth
Selling it All by Josie Daleiden
Catch Me If You Can (Love's Command) by Jean, Billi
An Angel Among Vampires by M. Cheykota
Lyric and Lingerie (The Fort Worth Wranglers Book 1) by Tracy Wolff, Katie Graykowski