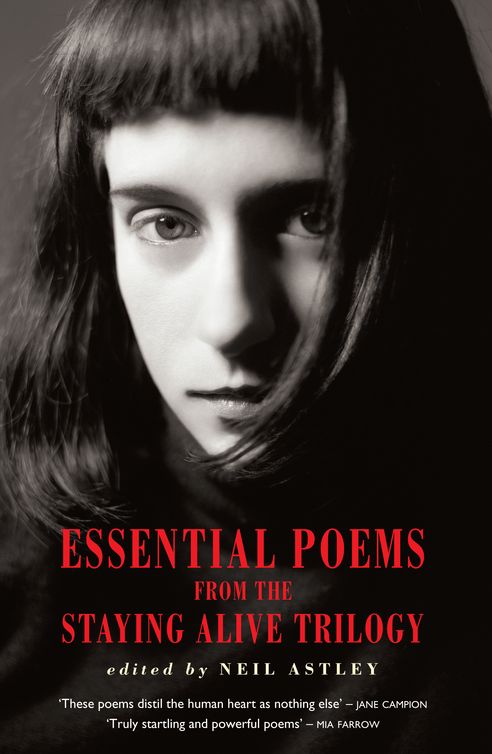 Staying Alive, Being Alive
and
Being Human
have introduced many thousands of new readers to contemporary poetry, and have helped poetry lovers to discover the little known riches of world poetry.

Each anthology in the
Staying Alive
trilogy has 500 poems to touch the heart, stir the mind and ﬁre the spirit. These books have been enormously popular with readers, especially as gift books and bedside companions. The poems – by writers from many parts of the world – have emotional power, intellectual edge and playful wit.

These essential poems are all about being human, being alive and staying alive: about love and loss; fear and longing; hurt and wonder; war and death; grief and suffering; birth, growing up and family; time, ageing and mortality; memory, self and identity…all of human life in a hundred highly individual, universal poems.

‘
Staying Alive
is a magnificent anthology. The last time I was so excited, engaged and enthralled by a collection of poems was when I first encountered
The Rattle Bag
. I can’t think of any other anthology that casts its net so widely, or one that has introduced me to so many vivid and memorable poems’ –
PHILIP PULLMAN

‘I love
Staying Alive
and keep going back to it.
Being Alive
is just as vivid, strongly present and equally beautifully organised. But this new book feels even more alive – I think it has a heartbeat, or maybe that’s my own thrum humming along with the music of these poets. Sitting alone in a room with these poems is to be assured that you are not alone, you are not crazy (or if you are, you’re not the only one who thinks this way!) I run home to this book to argue with it, find solace in it, to locate myself in the world again’ –
MERYL STREEP

‘
Being Human
is…a poetic Babel, a library in one volume’ –
ALAN TAYLOR
,
The Herald
(Scotland)

‘When you choose your book for
Desert Island Discs
, this should be it.
Staying Alive
proves that poetry is the most sustaining and life-affirming of literary forms. A triumph’ –
HELENA KENNEDY

‘
Staying Alive
is a book which leaves those who have read or heard a poem from it feeling less alone and more alive. Its effect is deeply political – in a way that nobody ten years ago could have foreseen. Why? The 500 poems in it are not political as such. But they have become subversive because they contest the way the world is being (and has been) manipulated and spoken about. They refuse the lies, the arrogant complacencies, the weak-kneed evasions. They offer 500 examples of resistance’ –
JOHN BERGER

‘Neil Astley’s indispensable, endlessly surprising trilogy… The newest and last of these [
Being Human
] contains all the manifold virtues of the earlier two: another startlingly varied, unexpected and entirely accessible collection of contemporary poems – 500 per volume, no small undertaking – exploring the stuff of life, what Louis MacNeice called “
this mad weir of tigerish waters
/
A prism of delight and pain
”’ –
CATHERINE LOCKERBIE
,
The Scotsman

‘Usually if you say a book is “inspirational” that means it’s New Agey and soft at the center. This astonishingly rich anthology, by contrast, shows that what is edgy, authentic and provocative can also awaken the spirit and make its readers quick with consciousness. In these pages I discovered many new writers, and I’ve decided I’m now in love with our troublesome epoch if it can produce poems of such genius’ –
EDMUND WHITE

‘Staying Alive
is a blessing of a book. The title says it all. I have long waited for just this kind of setting down of poems – and the way they work together is wonderful – all come together to talk at the same table. Has there ever been such a passionate anthology? These are poems that hunt you down with the solace of their recognition’ –
ANNE MICHAELS

‘Hopefully, books like this will put poetry back into the mainstream’ –
VAN MORRISON
on
Being Alive 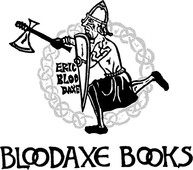 from
Shape of Time
Doris Kareva

‘To be great, be whole…’
Fernando Pessoa

Could Have
Wisława Szymborska

As I Go
Julius Chingono

The Road Not Taken
Robert Frost

The Way It Is
William Stafford

I drew a line
Toon Tellegen

Stopping by Woods on a Snowy Evening
Robert Frost

At the Fishhouses
Elizabeth Bishop

Being the third song of Urias
Ken Smith

Poem for a Daughter
Anne Stevenson

She Leaves Me
Anna T. Szabó

You Don’t Know What Love Is
Kim Addonizio

Love Song: I and Thou
Alan Dugan

from
Of Gravity and light
John Burnside

A Man in His Life
Yehuda Amichai

Nothing Is Lost
Dana Gioia

A Brief for the Defense
Jack Gilbert

The Place Where We Are Right
Yehuda Amichai

The Diameter of the Bomb
Yehuda Amichai

All of These People
Michael Longley

The Red and the Black
Norman MacCaig

Though There Are Torturers
Michael Coady

They’ll say, ‘She must be from another country’
Imtiaz Dharker

NOTES ON POEMS AND POETS