“It’s been a year….” She began, walking over and placing a hand on his shoulder.

“Yeah,” he replied, looking toward the ground.

“Are you okay?” Selena asked, biting her lip.

“Yeah,” she replied, placing her head on his shoulder, allowing a few tears to spill from her eyes.

“I never got to say good-bye,” Aless continued, pulling away from Selena.

“You were really quiet when we travelled,” Selena mentioned. “Piers was getting worried.”

“He doesn’t get it,” Aless replied, “because his lover is still here. Mine isn’t.”

“He doesn’t get it,” Selena agreed, “but… even though Corin wasn’t my lover, I miss him.”

Selena awkwardly shifted her weight. “I know you don’t want me to say this, but… Corin would’ve wanted you to live.”

Aless frowned. “And you’re telling me this because…?”

“Corin gave himself up to let us all live,” Selena continued, “and you’re not living.”

“You’re out of line,” Aless declared, glaring, “and on today? It’s been a year, show some compassion.”

“No,” Selena replied, putting her hands on her hips. “Corin loved you, you know…. He said he loved you before he gave himself up. Those were his last words.”

“I loved him too, you know,” Selena continued, “in a different way, but I did. Don’t make his death pointless, Aless. It would be the worst way to remember him. Are you ready to come in?”

“Not yet,” Aless replied, looking back toward the forest. “I… have something I need to do.” Selena turned back toward him and unlocked the gate, stepping inside. Aless sighed, wiping the tears off his face and walking through the forest.

He stopped only when he reached a small river—the same one he had trained Corin at so long ago. He collapsed onto his knees, reaching forward and feeling the water run between his fingers.

Aless reached into his pocket, pulling out two identical metal rings. He had commissioned them from a blacksmith in Central. It seemed appropriate, Aless felt as he looked down at the matching rings. Piers had gotten his rings at the same time, Aless remembered, and Aless had only commissioned his once Piers had already run off. He hadn’t wanted his friend to see how much the incident with Corin had upset him.

Aless slid one of the rings onto his finger, looking down at his hand with a smile. This was how it should have been, he felt. He should’ve been able to bring Corin out to the river and get down on one knee—the same as Piers had done—and proposed to him.

It should have been like that, Aless felt, but it could never be. He moved his hand up and felt the collar on his neck, tears freely cascading down his cheeks. Corin was still with him, but not in the way he wanted. He shook his head, dropping the other ring into the river, watching as the current took it downstream.

Aless stood up, wiping his tears off his face, leaving damp marks on his sleeve. He thought back to what Selena had said to him. Corin wouldn’t want him to mourn. Corin… Corin wanted him to live a normal life. He didn’t want him to be used as nothing more than a vessel for Serac.

Aless looked again at the river. He needed to move past Corin. He needed to live his life—the one Corin sacrificed himself to allow. He turned around, feeling his ring with his thumb as he walked back to the monastery. After eleven winters of loneliness, both due to his exile and Corin’s sacrifice, Aless was ready to live again.

L
OLA
L
EBELLIER
is a full-time student. She was born in Saskatoon, Saskatchewan, but she moved to Vancouver Island, B.C. at a young age and considers it her home. She lives near the beach with three cats who take up far more money and energy than they have any right to. When she isn’t writing, she can most often be found drinking Diet Pepsi, playing video games, or watching trashy reality TV. 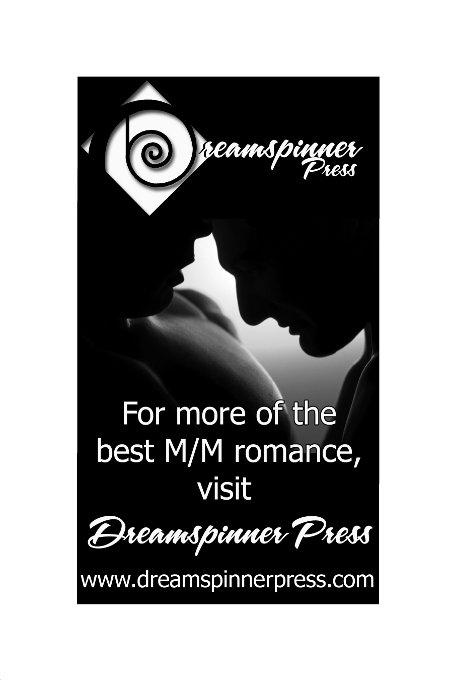 All This Talk of Love by Christopher Castellani
Belinda by Bryan Caine
War of the Worlds 2030 by Stephen B. Pearl
Cameron's Control by Vanessa Fewings
No Place Like Oz by Danielle Paige
He's No Prince Charming (Ever After) by Elle Daniels
The End of the Sentence by Maria Dahvana Headley, Kat Howard
Invasion of Justice (Shadows of Justice) by Regan Black
Dirty Little Secret by Sheridan, Ella
W: The Planner, The Chosen by Alexandra Swann, Joyce Swann