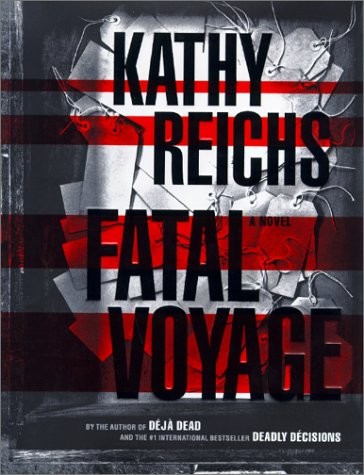 As always, I owe many thanks to many people:

To Ira J. Stimson, PE.“ and Captain John Gallagher (retired), for input
on aircraft design and accident investigation. To Hughes Cicoine, C.F.E.I.” for advice on fire
and explosion investigation. Your patience was amazing.

To Paul Sledzik, MS.“ National Museum of Health and Medicine, Armed
Forces Institute of Pathology, on the history, structure, and operation of the DMORT system;
Frank A. Ciaccio, M.PA.” Office of Government, Public, and Family Affairs, United States National
Transportation Safety Board, for information on DMORT, the NTSB, and the Family Assistance
Plan.

To Marilyn Steely, MA.“ for pointing me to the Hell Fire Club;

To Anne Fletcher, for accompanying me on our Smoky Mountain
adventure.

Merci to M. Yves St. Marie, Dr. Andre Lauzon, and to all my colleagues
at the Laboratoire de Sciences Judiciaires et de Medecine Legale; Chancellor James Woodward at
the University of North Carolina-Charlotte. Your continued support is greatly appreciated.

To Paul Reichs, for his valuable comments on the manuscript.

To my superb editors, Susanne Kirk and Lynne Drew.

And, of course, to my miracle-worker agent, Jennifer Rudolph Walsh.

My stories could not be what they are without the help of friends and
colleagues. I thank them. As always, all mistakes are of my making.

I STARED AT THE WOMAN FLYING THROUGH THE TREES. HER HEAD was forward,
chin raised, arms flung backward like the tiny chrome goddess on the hood of a Rolls-Royce. But
the tree lady was naked, and her body ended at the waist. Blood-coated leaves and branches
imprisoned her lifeless torso.

Lowering my eyes, I looked around. Except for the narrow gravel road on
which I was parked, there was nothing but dense forest. The trees were mostly pine, the few
hardwoods like wreaths marking the death of summer, their foliage every shade of red, orange, and
yellow.

Though it was hot in Charlotte , at this elevation the early October
weather was pleasant. But it would soon grow cool. I took a wind-breaker from the backseat, stood
still, and listened.

Birdsong. Wind. The scurrying of a small animal. Then, in the distance,
one man calling to another. A muffled response.

Tying the jacket around my waist, I locked the car and set off toward
the voices, my feet swishing through dead leaves and pine needles.

Ten yards into the woods I passed a seated figure leaning against a
mossy stone, knees flexed to his chest, laptop computer at his side. He was missing both arms,
and a small china pitcher protruded from his left temple.

On the computer lay a face, teeth laced with orthodontic wiring, one
brow pierced by a delicate gold ring. The eyes were open, the pupils dilated, giving the face an
expression of alarm. I felt a tremor beneath my tongue, and quickly moved on.

Within yards I saw a leg, the foot still bound in its hiking boot. The
limb had been torn off at the hip, and I wondered if it belonged to the Rolls-Royce torso.

Beyond the leg, two men rested side by side, seat belts fastened, necks
mushrooming into red blossoms. One man sat with legs crossed, as if reading a magazine.

I picked my way deeper into the forest, now and then hearing
disconnected shouts, carried to me at the wind’s whim. Brushing back branches and climbing over
rocks and fallen logs, I continued on.

Luggage and pieces of metal lay among the trees. Most suitcases had
burst, spewing their contents in random patterns. Clothing, curling irons, and electric shavers
were jumbled with containers of hand lotion, shampoo, aftershave, and perfume. One small carry-on
had disgorged hundreds of pilfered hotel toiletries. The smell of drugstore products and airplane
fuel mingled with the scent of pine and mountain air. And from far off, a hint of smoke.

I was moving through a steep-walled gully whose thick canopy allowed
only mottled sunlight to reach the ground. It was cool in the shadows, but sweat dampened my
hairline and glued my clothing to my skin. I caught my foot on a backpack and went hurtling
forward, tearing my sleeve on a jagged bough truncated by falling debris.

I lay a moment, hands trembling, breath coming in ragged gulps. Though
I’d trained myself to hide emotion, I could feel despair rising in me.

So much death. Dear God, how many would there be?

Closing my eyes, I centered myself mentally, then pushed to my
feet.

Aeons later, I stepped over a rotting log, circled a stand of
rhododendron, and, seeming no closer to the distant voices, stopped to get my bearings. The muted
wail of a siren told me the rescue operation was gathering somewhere over a ridge to the
east.

Way to get directions, Brennan.

But there hadn’t been time to ask questions. First responders to
airline crashes or other disasters are usually well intentioned, but woefully ill-prepared to
deal with mass fatalities. I’d been on my way fromCharlotte toKnoxville , nearing the state line,
when I’d been asked to get to the scene as quickly as possible. Doubling back on 1-40, I’d cut
south toward Waynesville, then west through Bryson City, a North Carolina hamlet approximately
175 miles west of Charlotte, 50 miles east of Tennessee, and 50 miles north of Georgia. I’d
followed county blacktop to the point where state maintenance ended, then proceeded on gravel to
a Forest Service road that snaked up the mountain.

Though the instructions I’d been given had been accurate, I suspected
there was a better route, perhaps a small logging trail that allowed a closer approach to the
adjacent valley. I debated returning to the car, decided to press on. Perhaps those already at
the site had trekked overland, as I was doing. The Forest Service road had looked like it was
going nowhere beyond where I’d left the car.

After an exhausting uphill scramble, I grabbed the trunk of a Douglas
fir, planted one foot, and heaved myself onto a ridge. Straightening, I stared into the button
eyes of Raggedy Ann. The doll was dangling upside down, her dress entangled in the fir’s lower
branches.

An image of my daughter’s Raggedy flashed to mind, and I reached
out.

I lowered my arm, knowing that every item must be mapped and recorded
before removal. Only then could someone claim the sad memento.

From my position on the ridge I had a clear view of what was probably
the main crash site. I could see an engine, half buried in dirt and debris, and what looked like
pieces of wing flap. A portion of fuselage lay with the bottom peeled back, like a diagram in an
instructional manual for model planes. Through the windows I could see seats, some occupied, most
empty.

Wreckage and body parts covered the landscape like refuse discarded at
a dump. From where I stood, the skin-covered body portions looked starkly pale against the
backdrop of forest floor, viscera, and airplane parts.

Articles dangled from trees or lay snarled in the leaves and
branches.

The locals had arrived and were securing the site and checking for
survivors. Figures searched among the trees, others stretched tape around the perimeter of the
debris field. They wore yellow jackets with Swain County Sheriff’s Department printed on the
back. Still others just wandered or stood in clumps, smoking, talking, or staring aimlessly.

Way off through the trees I noticed the flashing of red, blue, and
yellow lights, marking the location of the access route I’d failed to find. In my mind I saw the
police cruisers, fire engines, rescue trucks, ambulances, and vehicles of citizen volunteers that
would clog that road by tomorrow morning.

The wind shifted and the smell of smoke grew stronger. I turned and saw
a thin, black plume curling upward just beyond the next ridge. My stomach tightened, for I was
close enough now to detect another odor mingling with the sharp, acrid scent.

Being a forensic anthropologist, it is my job to investigate violent
death. I have examined hundreds of fire victims for coroners and medical examiners, and know the
smell of charred flesh. One gorge over, people were burning.

I swallowed hard and refocused on the rescue operation. Some who had
been inactive were now moving across the site. I watched a sheriff’s deputy bend and inspect
debris at his feet. He straightened, and an object flashed in his left hand. Another deputy had
begun stacking debris.

I started picking my way downward, clinging to underbrush and
zigzagging between trees and boulders to control my balance. The gradient was steep, and a
stumble could turn into a headlong plunge.

Ten yards from the bottom I stepped on a sheet of metal that slid and
sent me into the air like a snow boarder on a major wipeout. I landed hard and began to half
roll, half slide down the slope, bringing with me an avalanche of pebbles, branches, leaves, and
pine cones.

To stop my fall, I grabbed for a hand hold, skinning my palms and
tearing my nails before my left hand struck something solid and my fingers closed around it. My
wrist jerked painfully as it took the weight of my body, breaking my downward momentum.

I hung there a moment, then rolled onto my side, pulled with both
hands, and scooched myself to a sitting position. Never easing my grasp, I looked up.

The object I clutched was a long metal bar, angling skyward from a rock
at my hip to a truncated tree a yard upslope. I planted my feet, tested for traction, and worked
my way to a standing position. Wiping bleeding hands on my pants, I retied my jacket and
continued downward to level ground.

At the bottom, I quickened my pace. Though my terra felt far iromfirma,
at least gravity was now on my side. At the cordoned-off area, I lifted the tape and ducked
under.

I stopped and turned. The man who had spoken wore a Swain County
Sheriff’s Department jacket.

“What the hell is DMORT?” Gruff.

“Is the sheriff on site?”

“Who’s asking?” The deputy’s face was rigid, his mouth compressed into
a hard, tight line. An orange hunting cap rested low over his eyes.

“I’ll be identifying the victims.”

In mass disasters, each government agency has specific
responsibilities.

The Office of Emergency Preparedness, OEP, manages and directs the
National Disaster Medical System, NDMS, which provides medical response and victim identification
and mortuary services in the event of a mass fatality incident.

To meet its mission, NDMS created the Disaster Mortuary Operational
Response Team, DMORT, and Disaster Medical Assistance Team, DMAT, systems. In officially declared
disasters, DMAT looks after the needs of the living, while DMORT deals with the dead.

I dug out and extended my NDMS identification.

The deputy studied the card, then tipped his head in the direction of
the fuselage.

Shine by Kate Maryon
Murder At The Mikvah by Sarah Segal
The Player of Games by Iain M. Banks
Eye For A Tooth by Yates, Dornford
The Late Bourgeois World by Nadine Gordimer
Love You Hate You Miss You by Elizabeth Scott
Wait for Me by Sara Tessa
The Anchor Book of Chinese Poetry by Tony Barnstone
Swans Landing #1 - Surfacing by Shana Norris
The Phoenix in Flight by Sherwood Smith, Dave Trowbridge