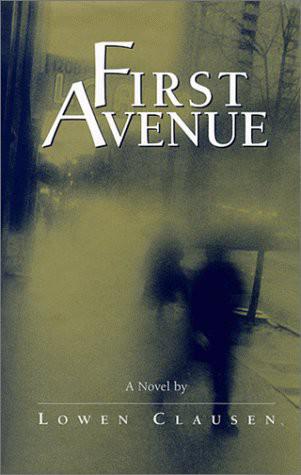 PUBLISHER’S NOTE: This is a work of fiction. Names, characters, places, and incidents are the product of the author’s imagination or are used fictitiously, and any resemblance to actual persons, living or dead, business establishments, events, or locales is entirely coincidental.

All rights reserved. This book, or parts thereof, may not be reproduced in any form without permission.

Published in the United States by Watershed Books, Seattle, Washington.

For Pat and Sonya,

I wrote this book because of a baby’s cry that I never heard and never forgot. –LC

The sky showed no hint of morning as his double-bladed oar grabbed the water and pushed the kayak east toward the bright city lights. From the reflection of those lights, he saw the swelling, falling, living surface of the sea. Beneath him the water was black and impe
rable. Only twice had he overturned with the kayak and felt the blinding, cold water envelop him. He had fought frantically the first time to right himself; he had laughed underwater the second.

As he crossed the bay, he carried a battery-powered lantern stowed between his legs to announce his presence to large ships, but he seldom used it. It would do little good anyway. While the kayak could turn quickly and easily, large ships took miles to change course. If the pilots could see him, and they likely could not, they would think he was out of bounds to take so small a craft into their territory. He didn’t care. Here on the water, he strayed out of bounds.

Sometimes when the alarm rang longer than normal, he would stare at the ceiling, although there was nothing to see, and would consider taking the car to work and giving himself another thirty minutes of sleep. Discipline, he would tell himself—he was used to talking alone. Once on the water he would not wish for sleep. He would take the kayak even when the weather was marginal and the water rough, when the kayak would lunge and bounce its way across the surface instead of gliding smoothly and sinuously as it did this morning.

He cut a diagonal line across
Elliott
Bay
and passed the grain terminal where a ship was being loaded. Conveyer belts hummed a chant over the water, and grain dust rose into the work lights like ashes in the wind. He pushed across the last open stretch of water just as the ferry left its
dock at
For a few cars and a few sleepy people, the ferry, ablaze in lights and horn shrieking, sent out shock waves from its propellers. He thought it should slip out quietly, compatibly with the hour, instead of making such a fuss. He waited for it to pass, and his kayak rose and fell in its wake. The day was beginning.

A spotlight flashed on him as he approached the dock. He saw the police car on the street above the dock and signaled back by lifting his paddle. The driver’s door opened and
got out. She walked down the steps onto the floating dock and stood at the spot where he landed. He tossed her a rope, and she pulled the kayak tightly against the wood planking.

“Good morning,
,” she said with a bright smile on her face.

He was not sure what to make of this greeting. Murphy and her partner,
, worked his district on the shift before him. Several times during the last few weeks, they had met him on the dock and had given him a lift up the hill to the police station. It had always been on the nights when
was driving.

“Did you have a good paddle?” she asked as he steadied himself in the kayak before scooting onto the deck.

He remembered that feeling. Now he approved if Radio chose to leave him alone. It would take a while before she understood.
was one of the new ones. Her leather gear was shiny, and her shirt looked fresh even at the end of her shift. Her face looked bright and fresh, too, and her short brown hair was combed neatly in place. Cops had looked different when he worked nights. He might have stayed if they had looked like Murphy. He worked alone now, the morning shift, the quiet shift.

Her first name was
, but he had begun cutting it short to Kat. Beneath the blue shirt and bulletproof vest and heavy leather holster, there was little room for her. That was irrelevant now, they said, and it was certainly true that he had seen enough big cops make a mess of things. Still, he wondered what would happen if somebody punched her in the nose.

“The week’s almost over, Kat,” he said to her as he pulled the kayak out of the water and tied it upside down on the deck.

She started for the car, carrying the bag he had tossed onto the dock, and he caught up with her and took it from her hand. She gave him a strange smile as she released the bag, one beyond interpretation, one that flickered so briefly he had no chance to return it.

Hennessey was swearing from the passenger’s side when
opened the back door. The blue vinyl back seat was loose from its anchors and rocked forward when
slid in.

“We got a call at the
Donald
Hotel
,” Hennessey said after they closed the doors. “Suspicious circumstances. Occupant hasn’t been seen for a while. Odor coming from the room. Probably some old drunk who croaked.
, why couldn’t they wait another fifteen minutes?”

“No,”
said. “I’ll ride along.” He unzipped his bag and pulled out the snub-nosed pistol he kept there together with a towel and emergency dry clothes. He shoved the holstered pistol into his pants and pulled his sweatshirt over it. “I’ll handle the paperwork if it comes to that.”

“Hey, let’s not get too generous here when I’m doing the paper,” Hennessey said. “
can handle it if he wants. He’s got all day.”

Sam saw the muscles clench in
’s jaw as she backed the car into the street and drove silently away. He was reminded why he worked alone.

The
Donald
Hotel
was north of the Pike Place Market on
First Avenue
. It had a wide urine-treated stairway that led up to a lobby on the second floor. There was a tavern on the ground level—a convenience likely appreciated by many of its tenants. The manager stood waiting for them inside the front office. It had a barred window that looked out to the stairway. Inside the open door an old woman sat in a stuffed green chair that took up half the office. The manager was slightly less drunk than she.

Sam looked around the ill-lit, paint-peeling corridor. He had the feeling something might crawl up his pant leg or drop from the ceiling into his hair. He was careful not to brush against the walls. From fresh sea air to a pit like this in five minutes. It took a little pleasure off that morning smile.

“You call?” Hennessey asked in a terse tone that revealed his distaste.

The manager nodded but said nothing as he looked suspiciously past the blue uniforms to where
was standing.

“He’s with us,” Hennessey said, not offering to explain anything more. “Which room is it?”

“Did you check?” Hennessey asked him.

“I thought I ought to wait for the cops.”

“That baby crying all the time. I couldn’t stand it,” the woman said.

“There’s a baby in there?” Hennessey asked, his voice rising sharply.

“A mother and her kid,” the manager said as he rubbed his right hand nervously across his stretched dirty T-shirt. “She didn’t owe rent. Never caused trouble.”

“We got keys to all the rooms,” the manager said and pulled a ring of keys from a decrepit desk drawer.

“That baby crying all the time. Night and day. I couldn’t stand it.” The woman shook her head and looked at them with bleary eyes.

“You stay here,”
told her. He was already sick of listening to her. “Stay here and be quiet.”

There was no mistaking the odor as they stood in front of the door on the fourth floor and waited for the manager to find the right key.
wished he had a cigar to cover the smell. He kept a few in his briefcase, a trick learned from the coroners, but his briefcase was still in his locker. No smell was more repugnant than decaying flesh, and the three of them were already swallowing hard as they waited outside the door.

“Give me those keys,” Sam said, impatient with the manager’s fumbling.

Sam jerked the keys away from the drunken manager and lost track of the one he had selected. “You wait down there,” he said and pointed toward the end of the hall.

“She never caused no trouble.”

“Never mind about that,” Hennessey said. “Just wait down there like the officer said.”

Sam found a key marked with the room number and slipped it into the lock. Before turning the key he paused and looked at Hennessey and
.

“Murphy, you stay by the door and don’t let anybody in. Lend me your flashlight, will you? Hennessey, we don’t touch more than we have to.”

Hennessey and
nodded agreement. Slowly and reluctantly
opened the door. The stench rolled out of the room like a fog, and he swore softly and consistently to hold back the gagging. With the flashlight he found the light switch and flipped it on. A single bulb hung from a cord in the middle of the ceiling.
stood in the doorway, trying not to breathe, and used his flashlight as though the room were still dark. There was a baby crib beside a single bed, and a tiny lifeless form lay inside the crib.

“Try to get those windows open,” he told Hennessey. He pointed with his flashlight to the two wooden windows on the outside wall.

He walked carefully toward the crib, looking around but never averting his true attention from the huddled form behind the rails. He had stopped swearing and tried to stop everything as he stood above it. The baby—not more than a few months old—lay facedown on the mattress, clothed only in a diaper, legs curled under it, the side of its face blackened unevenly. Dried mucus hung from its nose and mouth. He didn’t touch the baby. There was no need.