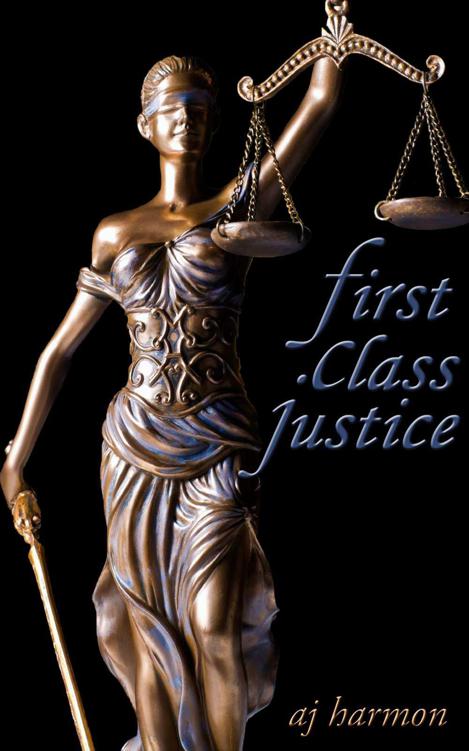 All rights reserved.
This book may not be reproduced in any form, in whole or in part, without
written permission from the author.

This has been an amazing journey for me and I have not
embarked on it alone. To those who supported me from the beginning; KC, thanks
for your encouragement…I wouldn’t have started this adventure if not for you.
MS, thanks for the emotional boosts, they are always appreciated. Christopher,
this undertaking would never have gotten off the ground if not for you and your
technical wizardry – you amaze me constantly! Peanut, I know you think your mom
is crazy and I love you anyway ;). And last but definitely not least, my
husband Brad. Ours is my favorite love story of all time, you are my world and
I love you always.

Thank you all for your support. I am forever in your debt.

"What if he took my future?"

"He didn't just take away my security, my freedom for
those thirty hours," Katy said. "What if he took my future too?"

"What if he also stole from me the man I could have
been happy with? The man I’ve been searching for all these years?"

“I
absolutely loved this series. I could only hope there are many more to
follow.... it made me cry, it made me smile… I did not expect to love this
series as much as I did. MUST read”

“…I can’t
seem to get enough of Janie and Matt, Katy, well everyone…”

“…If you
love a good love story, then I would highly recommend … the series!”

Katy, a head-turning gorgeous ER nurse, has spent her life
watching her best friend live the romantic fairytale not once, but twice. She’s
had to fight and scrape for every ounce of happiness she has ever had, and must
battle once again for her life and her dreams.

She wasn’t sure she’d ever been
truly
happy. Did she
even
deserve
love or happiness? She doubted it.  Would it
ever
be
her turn to fall in love?  She didn’t think so.

Katy had always enjoyed the fact that men found her
physically attractive, but it always seemed to be the wrong men.  “Does
my
Mr. Right even exist?” she’d wondered.

Just a week before her best friend Janie married her Mr.
Right, Katy had everything taken from her, enduring what no woman should ever
have to. Lured, kidnapped, and violated, her life and sense of wellbeing was
destroyed in an instant.

Mark had rescued Katy from her captor, but could he now
rescue her from the lurid memories that disturbed her every thought? He knew
one thing, Katy deserved justice, and he would stand by her side until the
criminal was rotting in prison… or hell.  He would not let her face this
tragedy alone.

Unwilling to spend the rest of her life as a victim, Katy
fights the demons left to haunt her by the predator and searches for a way to
reclaim even a sliver of hope and happiness.

‘First Class Justice’ is the third book in the First Class
Novel series by AJ Harmon, preceded by ‘First Class to New York’ and ‘First
Class to Portland.’

Join Katy as she discovers how to live and love again.

Yellow was no longer her favorite color. In fact, she really
hated yellow now.

Katy stood in the middle of her bedroom, her furniture
pulled from the walls and covered in drop cloths. Masking tape lined the
baseboards and the window and door frames. The yellow was finally going…today!

In the few days since Katy had returned from her best
friend’s wedding in New York City, she’d been in top gear, whizzing around her
house like the cartoon hero, Speedy Gonzalez. There was no way she was going to
let up for a second, because when she did, the memories overwhelmed her. And if
she went to bed slightly drunk, then she could sleep without dreaming as well. So,
for the past several days she had been preparing to paint. She used to like
yellow. It was the color of summer, the beach, and of fun, but it no longer
represented those things so Katy had selected different colors. Not yellow. She
had torn down wallpaper and dusted and wiped and cleaned all the walls that
needed to be changed. Yes, today it would all be gone!

Mark Lathem sat in his brother’s office staring at his cell
phone.
Why hasn't she called me back?

Matt, Mark’s older brother, and his new bride Janie were off
in Hawaii on their three-week honeymoon. Matt wouldn't be back for another
couple of weeks so Mark was occupying his office, seeing as though his was
still in the middle of a major remodel.

It had been an overly emotional couple of weeks. It had
changed Mark’s perspective on a lot of things. And now he sat staring at his
cell phone willing it to ring, something he had never done before. Waiting for
a woman to call? That was not something Mark was accustomed to. He really
didn't have time for women. His was focused on work most of the time. But Katy
was constantly on his mind. He was concerned about her. No, he was worried
about her. And she was three thousand miles away and there wasn't a whole lot
he could do.

The door opened and Angela burst in.

"Oh, I'm sorry Mark. I didn’t know you were still
here," she apologized.

"I was just going to put this on Mr. Lathem's desk.
Isn't it beautiful?"

Angela, Matt’s secretary, handed Mark a silver picture frame
holding a photo of Matt and Janie at their rehearsal dinner. They looked so
happy and Mark knew his brother would want it front and center on his desk.

"That's really nice," he said, and placed it on
the desk. "Your husband takes great photographs."

"It's his little hobby now that he's retired. We
thought Mr. Lathem would like to have it."

"Yes. He will be thrilled. Janie looks gorgeous,
doesn't she?"

"Beautiful, yes. And Mr. Lathem couldn't take his eyes
off her. I’m very happy for them both."

Angela turned and left the office, closing the door behind
her. Mark looked at the picture and then back to his cell phone. Who would have
thought that only a couple of days before that photo had been taken they were
all in Portland under such horrible circumstances? Who would have thought that
Katy would have the strength to get on a plane with them and come all the way
to New York for her friend's wedding when she probably should have still been
in the hospital, or at the very least, at home recovering from the traumatic
events she’d suffered through? Mark was amazed at her resilience, at her
strength, at her resolve not to be a victim. She was just plain amazing. However,
whenever he saw her in his mind, he saw a terrified woman bound to a bed. Not
the image he wanted, but it's the image he got.

Katy, call please? I just need to know you're okay!

Counseling was not mandatory, but highly recommended, by both
the District Attorney's office and the hospital where she was treated after
being rescued from the crazed lunatic Danny Salvo. The hospital had also been
her employer for the last ten plus years, so Katy figured she'd better go to a
couple of sessions just to appease them so she could get back to work and back
to the routine of her life. They hadn’t told her she
couldn’t
work, just
strongly suggested she take some time to recover from both the physical and
emotional trauma.

Dr. Margot LaVaughn came highly recommended, but even so,
Katy had no desire to lie on the couch and tell some Sigmund Freud wannabe about
her childhood and her dreams.
No thank you!
If I could just get back
to some normalcy I’d be fine.
Katy just wanted it all behind her so she
could forget it ever happened. She wanted to turn back time and make different
choices and change the course of her life. She wanted to be prepared rather
than surprised. She wanted to be her old self. But the more time that passed,
the more she knew she couldn’t go backwards. And that was just as frustrating.

"It's a pleasure to meet you, Katy," Dr. LaVaughn
smiled as she came out to the waiting room and escorted Katy into her office.

Dr. LaVaughn chuckled and explained there weren't any
'couch' sessions in her practice. "I guess if you want to lie down I could
rustle up a pillow or two and maybe even a blanket."

Katy managed a weak smile and sat in one of the two wingback
chairs by the big window.

"You've got a nice view here," she said, gazing at
the Willamette River in front of her.

"Have you been in this building long?"

"A couple of years."

"It seems pretty new. I'm glad you have good parking.
Parking can be a bitch downtown."

"So what's this costing me an hour?"

"Your insurance is covering it Katy. You don't need to
worry about that."

"Well I'm not working right now, so I have to tighten
my belt a little. I mean, I have sick time so I’m still getting paid, but I do have
to be careful and not waste my money.”

[Anita Blake 17] - Skin Trade by Laurell K. Hamilton
Aliens and the Antichrist: Unveiling the End Times Deception by John Milor
Out of the Dungeon by SM Johnson
Killing Grounds by Dana Stabenow
Hissers by Ryan C. Thomas
A Widow's Hope by Mary Ellis
Whistler in the Dark by Kathleen Ernst
Weapons of War by M. R. Forbes
Chistmas Ever After by Elyse Douglas
Nice Weekend for a Murder by Max Allan Collins