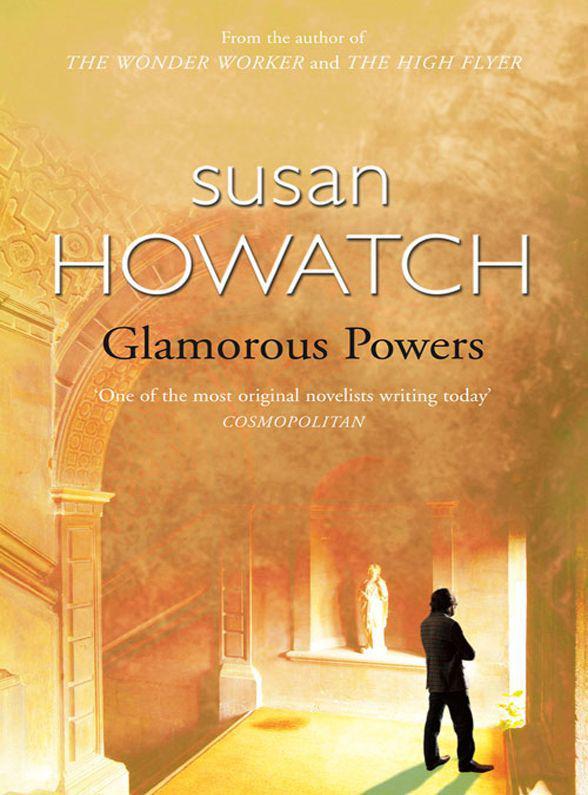 PART ONE:
THE VISION

PART TWO:
THE REALITY BEYOND THE VISION

PART FOUR:
THE LIGHT FROM THE NORTH

PART ONE
THE VISION

‘Ecstasy or vision begins when thought ceases,
to our consciousness,
to proceed from ourselves. It differs from dreaming, because the subject is awake. It differs from hallucinations, because there is no organic disturbance: it is, or claims to be, a temporary enhancement, not a partial disintegration, of the mental faculties. Lastly, it differs from poetical inspiration, because the imagination is passive. That perfectly sane people often experience such visions there is no manner of doubt.’

‘The apparent suddenness of the mystical revelation is quite normal; Plato in his undoubtedly genuine Seventh Letter speaks of the “leaping spark” by which divine inspiration flashes on him.’

The vision began at a quarter to six; around me the room was suffused with light, not the pellucid light of a fine midsummer morning but the dim light of a wet dawn in May. I was sitting on the edge of my bed when without warning the gold lettering on the cover of the Bible began to glow.

I stood up as the bedside table deepened in hue, and the next moment the floorboards pulsed with light while in the corner the taps of the basin coruscated like silver in the sun. Backing around the edge of the bed I pressed my back against the wall before any further alteration of consciousness occurred. Firm contact with a solid object lessens the instinctive fear which must always accompany such a radical transcendence of time and space.

However after the initial fear comes the equally instinctive acceptance. I had closed my eyes to lessen the terror of disorientation but now I forced myself to open them. The cell was still glittering, but as I watched the glitter faded to a shimmer until the scene resembled a view seen through the wrong end of a telescope, and I could perceive my body, remote and abandoned, pressed against the wall by the bed as if impaled there by
invisible nails. I looked aside – I could see my body turning its head – and immediately the darkness, moving from right to left, began to erase the telescopic view. My eyes closed, again warding off the fear of disorientation, and this time when I reopened them I found I was once more moving in a normal world.

I was myself, inhabiting my body as usual and walking along a path through a wood of beech trees. Insofar as I was conscious of any emotion I was aware of being at ease with my verdant tranquil surroundings, although I felt irritated by the persistent call of a wood-pigeon. However eventually the pigeon fell silent and as the path began to slope downhill I glanced to my left at the chapel in the dell below.

The chapel was small but exquisite in its classical symmetry; I was reminded of the work of Inigo Jones. In the dull green light of the surrounding woods the yellow stone glowed a dark gold, a voluptuous contrast to the grey medieval ruins which lay behind it. The ruins were in part hidden by ivy, but as I moved closer I could see the slits in the wall of the tower.

Reaching the floor of the dell I faced the chapel, now only fifty yards away across the sward, and it was then that I noticed the suitcase. Standing at the edge of the trees it was sprinkled with labels, the largest being a triangle of red, blue and black design; I was too far away to read the lettering. Afterwards I remembered that I had regarded this suitcase without either curiosity or surprise. Certainly I never slackened my pace as I headed for the chapel, and I believe I knew even then that the suitcase was a mere image on the retina of my mind, a symbol which at that point I had no interest in interpreting.

Hurrying up the steps of the porch I lifted the latch, pushed the righthand half of the double-doors wide open and paused to survey the interior beyond.

There was no transept. A central aisle stretched to the altar at the east end. The altar-table was stark in its austerity, the only adornment consisting of a plain wooden cross, but again
I felt neither surprise nor curiosity. Evidently I was as accustomed to this sight as I was accustomed to the fact that the nave was only three-quarters full of pews. Walking across the empty space which separated the doors from the back pew I could smell the lilies which were blooming in a vase beneath the brass memorial plaque on my right. I gave them no more than a brief glance but when I looked back at the altar I saw that the light had changed.

The sun was penetrating the window which was set high in the wall to the left of the altar, and as the ray began to slant densely upon the cross I stopped dead. Unless I stood south of the Equator I was witnessing the impossible, for the sun could never shine from the north. I stared at the light until my eyes began to burn. Then sinking to my knees I covered my face with my hands, and as the vision at last dissolved, the knowledge was branded upon my mind that I had to abandon the work which suited me so well and begin my life anew in the world I had no wish to rejoin.

Opening my eyes I found myself back in my cell. I was no longer pressing against the wall but kneeling by the bed. Sweat prickled my forehead. My hands were trembling. There were also other physical manifestations which I prefer not to describe. Indeed I felt quite unfit to begin my daily work but so profound was my state of shock that I automatically embarked on my morning routine, and minutes later I was leaving my cell.

Perhaps I have erred in starting this narrative with an account of my vision. Perhaps I should instead have offered some essential biographical details, for the repeated mention of the word ‘cell’ has almost certainly conveyed the impression that I am an inmate of one of His Majesty’s prisons. Let me now correct this mistake. For the past seventeen years I have been a member of the Anglican brotherhood of monks known as the Fordite Order of St Benedict and St Bernard. I may still be
judged eccentric, anti-social and possibly (after this account of my vision) deranged. But I am not a criminal.

In order that such an abnormal experience can be put in its proper context and judged fairly, I must attempt a thumbnail sketch of my past so let me state at once that in many ways my life has been exceedingly normal. I was brought up in a quiet respectable home, educated at various appropriate establishments and ordained as a clergyman of the Church of England not long after my twenty-third birthday. I then married a young woman who possessed what in my young day was described as ‘allure’ and which a later generation, debased by the War – the First War, as I suppose we must now call it – described as ‘It’. For some years after my marriage I worked as a chaplain to the Naval base at Starmouth, and later I volunteered for duty at sea with the result that much of my ministry was spent away from home. In fact I was absent when my wife died in 1912. For another seven years I continued my career in the Navy, but I judge it unnecessary to recount my war experiences. Suffice it to say that after the Battle of Jutland I never felt quite the same about the sea again.

Accordingly in 1919 I left the Navy and became the chaplain at Starmouth prison. The advantage of this change was that I was able to see more of my children, now adolescent, but the disadvantage was that I became aligned with an authority empowered to administer capital and corporal punishment, two practices which are entirely contrary to my conception of the Christian way to treat human beings. However I endured this harrowing ministry as best as I could until finally in 1923 the hour of my liberation dawned: with both my children launched on their adult lives I was able to retire to the Cambridgeshire village of Grantchester, where the Fordites had a house, and embark on my career as a monk. I had known the Abbot, James Reid, since my undergraduate days at the University two miles away, and although I had lost touch with him some years earlier it never occurred to me not to seek his help when I was at last free to join the Order.

I shall gloss over the disastrous beginning of my new life and
simply state that after three months at Grantchester I was transferred to the Fordites’ farm at Ruydale, a remote corner of the North Yorkshire moors where the monks lived more in the austere style of Cistercians than Benedictines. Here I embarked on a successful cenobitic career which reached its apex in 1937 when I was transferred back to Grantchester to succeed James Reid as Abbot.

This brief autobiographical recital – remarkable more for what I have omitted than for what I have deigned to reveal – is all I intend to disclose at present about my past. No further disclosures are needed, I think, to show that my ministry has always demanded a strong constitution, absolute sanity and considerable reserves of spiritual strength. In short, although I write as a monk who has visions I am neither an hysteric nor a schizophrenic. I am a normal man with abnormal aspects – and having abnormal aspects, as Abbot James had assured me when I was a troubled young ordinand, was what being normal was all about.

‘But beware of those glamorous powers, Jon!’ he had urged after we had discussed my gifts as a psychic. ‘Beware of those powers which come from God but which can so easily be purloined by the Devil!’ This had proved a prophetic warning. For the next twenty years, while I remained in the world, my life was one long struggle to achieve the correct balance between the psychic and the spiritual so that I could develop properly as a priest, but it was a struggle I failed to win. There was little development. I did become a competent priest in the limited sense that the world judged my ministry to be effective, but my spiritual progress suffered from inadequate guidance and an undisciplined psyche. As Father Darcy told me later, I was like a brilliant child who had learnt the alphabet but had never been trained to read and write. However this situation changed when I became a monk, and it changed because for the first time I found the man who had the spiritual range and the sheer brute force of personality required to train me.