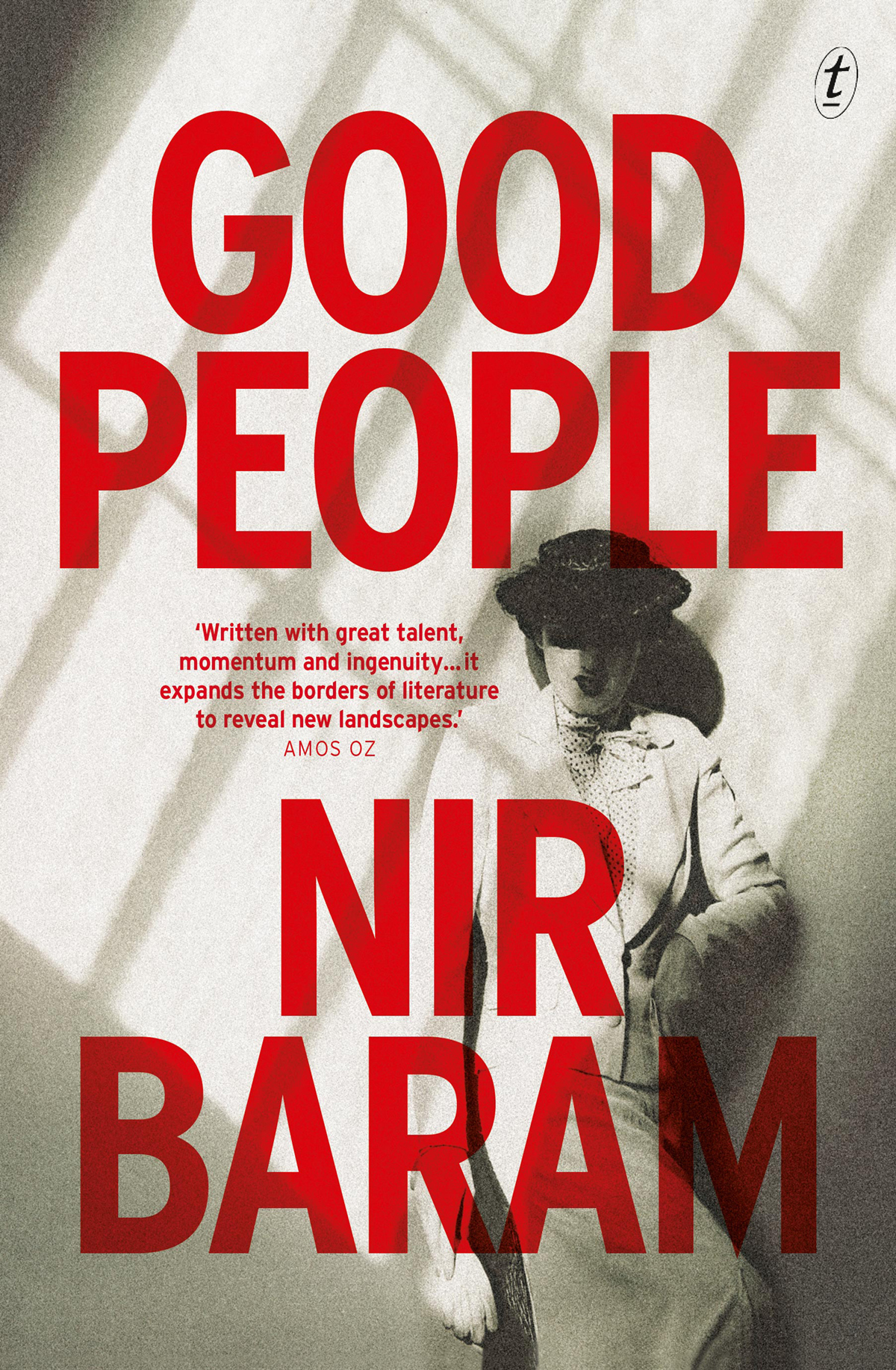 âQuite possibly, Dostoyevsky would write like this if he lived in Israel today.'
Frank furter Allgemeine Zeitung

âOne of the most intriguing writers in Israeli literature today.'
Haaretz

âA bold and brilliant novel that walks the path of greatness to the edge of the literary abyss.' A. B. Yehoshua

âNir Baram is the new hope of Israeli literatureâ¦[
Good People
is] a novel of great force and precision.'
SÃ¼ddeutsche Zeitung

âA very impressive and bold novel, a journey to hell with no return.'
La Repubblica

âIn
Good People
the young Israeli author Nir Baram writes about the terrors of living under the regimes of Stalin and Hitler. It is done so majestically that it reaches the same level as books by Varlam Shalamov and Vasily Grossman.'
NRC Handelsblad

âWritten with true heart and soulâ¦You hear not only the voice of the writer, but the voices of his memorable characters too.'
El PaÃ­s

NIR BARAM was born into a political family in Jerusalem in 1976. His grandfather and father were both ministers in Israeli Labor Party governments. He has worked as a journalist and an editor, and as an advocate for equal rights for Palestinians. He began publishing fiction when he was twenty-two, and is the author of five novels, including
The Remaker of Dreams
and
World Shadow
. His novels have been translated into more than ten languages and received critical acclaim around the world. He has been shortlisted several times for the Sapir Prize and in 2010 received the Prime Minister's Award for Hebrew Literature. His most recent book is a work of reportage, which Text will publish in 2017.

JEFFREY GREEN is a writer and translator living in Israel. He has a doctorate in Comparative Literature from Harvard, and has also published, among other things, a novel in Hebrew, a book of poetry and a book about translation. 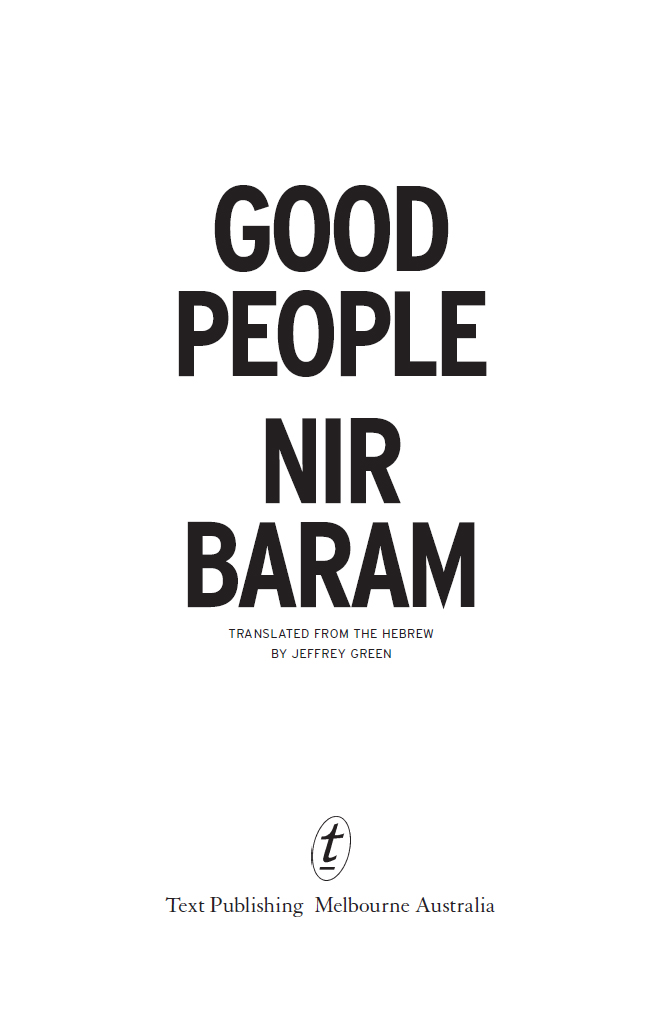 First published as
Anashim Tovim
in Israel by Am Oved

Published by The Text Publishing Company 2016

Title: Good people / by Nir Baram ; translated from the Hebrew by Jeffrey Green. 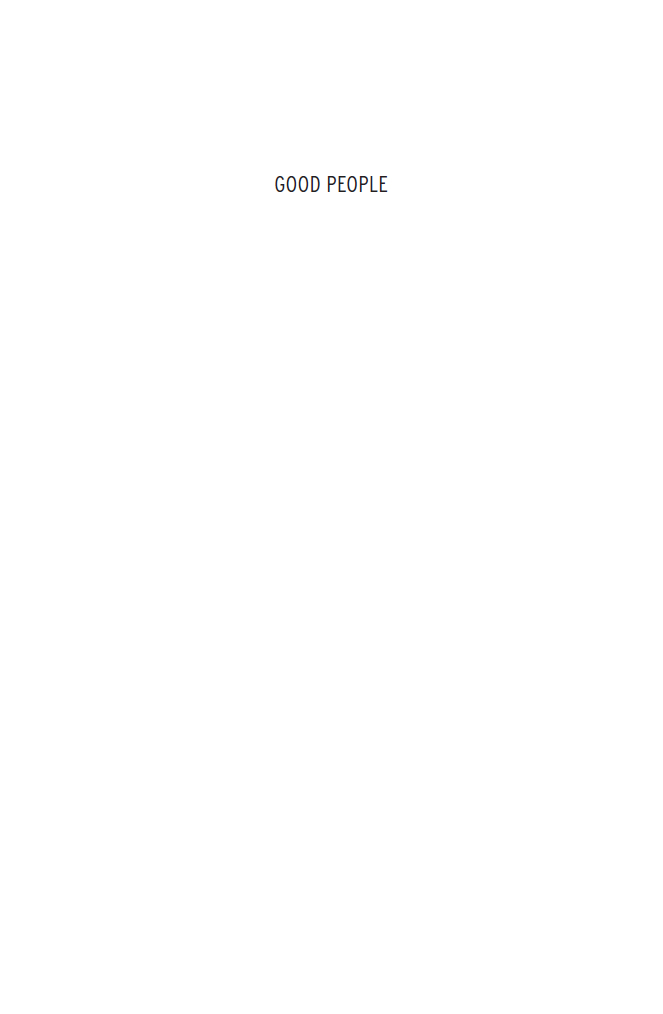 PREPARATIONS FOR A GREAT DEED

THE WORLD IS A RUMOUR

Jack Fiske
, director and then president of the European department of the Milton Company

Frau Tschammer
, assistant director of the research department at the Milton Company

Hermann Kreizinger
, Thomas's schoolfriend and member of the SS

Rudolf Schumacher
, bureaucrat in the Ministry of Economics

SturmbannfÃ¼hrer August Frenzel
, commander of the
freiwillige Umsiedlung
, the program for the voluntary deportation of Jews from Lublin

Maxim Adamovich Podolsky
, Sasha's husband and coworker in the NKVD

Reznikov
, coworker of Sasha and Styopa 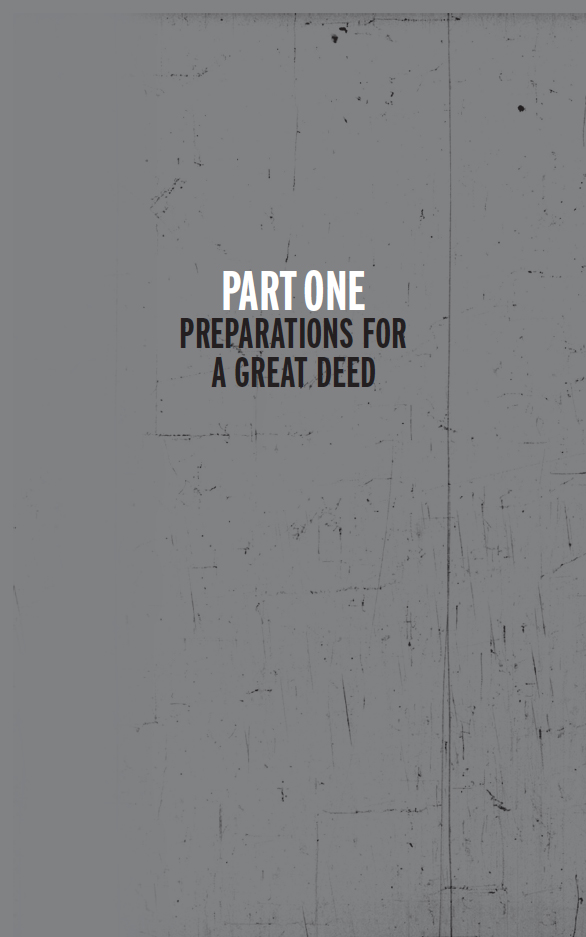 People meet people. That's how the story goes. There's no need to be alone, not until you take your last breath. You see a world bursting with people, and are fooled into believing that your days of solitude are over. How hard can it be? Someone approaches someone else, they were both moved by
The Twilight of the Gods
, and by Gerhart Hauptmann's new play, both invested in Thompson Broken-Heart Solutions (âThe heart is the curse of the twentieth century'), and they're allies already. It's a fiction useful to the state, to society, to the market. Thanks to it, lonely people buy clothes, shares, cars, and spruce themselves up for dancing.

Through the parlour window Thomas Heiselberg could see that she was swaddled in the same fur coat she'd worn the last time she left the house. She hadn't gone by choice. After all, the outside world offered her nothing. But his family could no longer afford to employ her. They had let her go and given her a white fur coat that had now turned grey. Parting is a chance to be reborn: something good might
happen, another job might turn up, the pall of loneliness might be torn open.

She approached with small stepsâshe had put on weight, Frau Steinâsteps that seemed to say, âDon't look. There's nothing to see here.' And so you have it, the cunning of history: recent events in Berlin had given Jews like her good reason to hide in the shadows.

He watched her flat face, reddened by the cold air, her delicate neck whose grace was cruelly contradicted by her short body, like a seed of beauty that, in different circumstances, might have blossomed. She was totally alone, that was clear. He had no doubt that, aside from routine exchanges, she had scarcely spoken with anyone in the years since she had left.

A car stopped next to her. Two men sat in the front seat. She didn't look at them, but her every movement indicated her awareness of their presence. She brushed a whitish curl from her forehead and kept walking. Now a stone wall hid her from his view. Thomas watched until the car disappeared in traffic. A moment later, Frau Stein emerged again and, he thought, saw his face in the window.

How his mother had mourned when she left. Frau Stein was one of the family, she had filled the gapsâthe sister his mother never had, for exampleâuntil they came to terms with the fact that his mother had no sister, and fired her. In the final analysis, when his mother's annuity dwindled under the blows of inflation, and their lives were in danger, blood was blood.

A knock on the door.

She nodded with her impatient gaze, pushed him aside. Their eyes met: the years hadn't diminished the hostility between them.

He took some pleasure in her disgrace, which was all over the newspapers, in the law books and on signs in the street. Close up, he could even spot its traces, a tortured urgency in her face. Hannah Stein's soul, just like her stooped body, was waiting for the next blow. Familiar with the house, and all its twists and turns, she hurried down the dark corridor and was swallowed up by her mistress's bedroom.
Thomas didn't move, then he set out after her. She was sure to be plotting something.

By the time he caught up with her, she had managed to hang her coat in the closet and seat herself at his mother's bedside. His mother's eyes expressed no surprise when the woman whom she hadn't seen for more than eight years leaned across and asked whether she needed anything. His mother said no. Frau Stein asked whether she was being well taken care of, and his mother whispered, âYes', which was in fact âNo'. Frau Stein took her hand and murmured her name over and over: âMarlene, Marlene.'