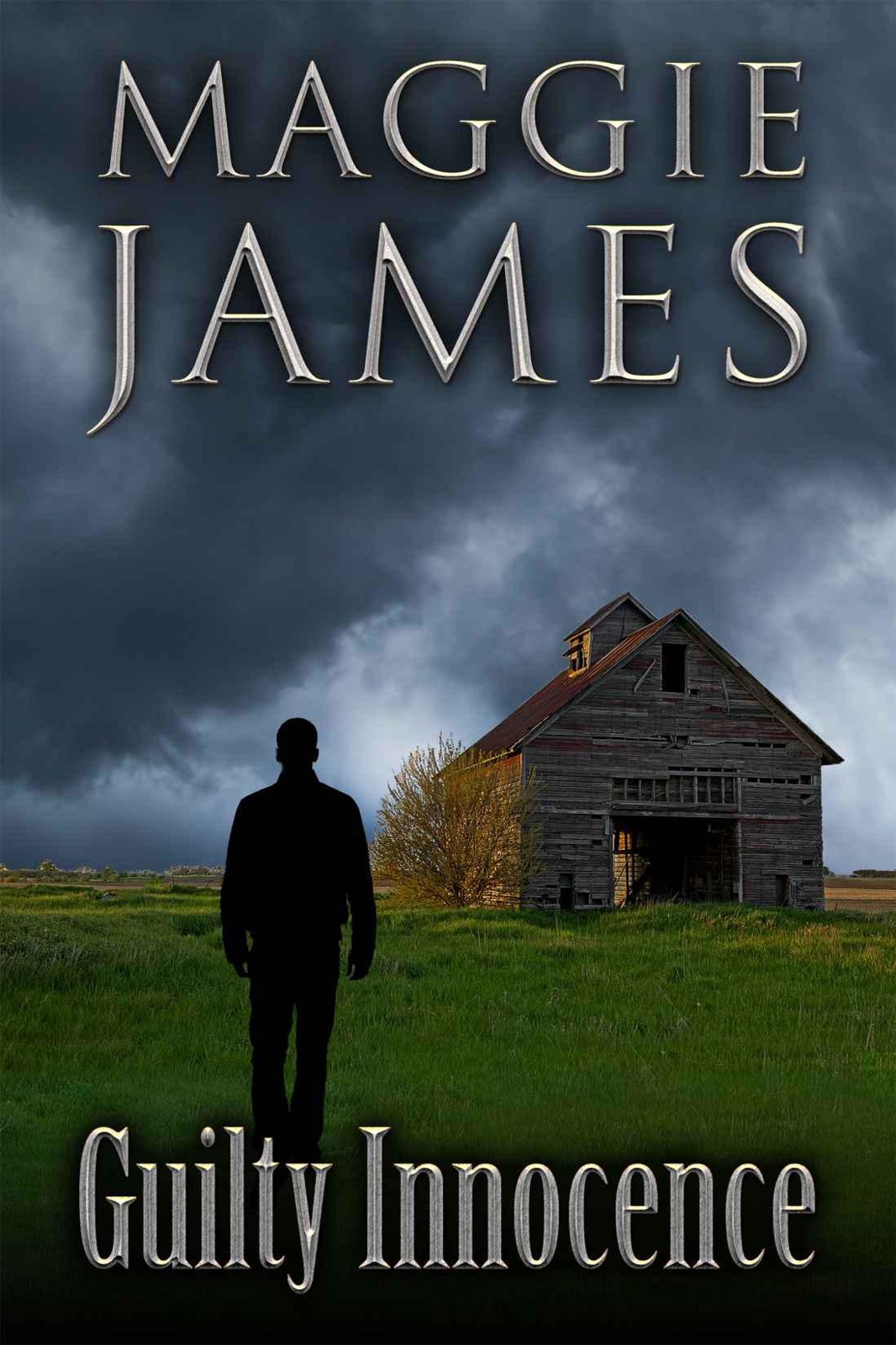 Chapter 1 of His Kidnapper's Shoes

Published by Orelia Publishing 2013. All rights reserved. This book or any portion thereof may not be reproduced or used in any manner whatsoever without the express written permission of the publisher except for the use of brief quotations in a book review. Please do not share or redistribute this novel. Thank you.

This novel is entirely a work of fiction. The names, characters and incidents portrayed in it are the work of the author's imagination. Any resemblance to actual persons, living or dead, or events is entirely coincidental.

The right of Maggie James to be identified as the author of this work has been asserted by her in accordance with the Copyright, Designs and Patents Act 1988.

Visit Maggie James’s website and sign up for her newsletter! An occasional email with details of new novel releases. You can find it here:
www.maggiejamesfiction.com

Gary Powell and Mary Moss for all their help and feedback.

This novel is dedicated to Karen Harris, a wonderful friend who has been an invaluable source of support in my writing journey.

Natalie Richards’s first reaction to the letter in her hands is one of suspicion. A response fuelled by her misgivings, the ones prompting her to search through her boyfriend’s possessions, like an addict seeking a fix. Who the hell is Joshua Barker, and why does Mark have a letter addressed to him?

She first discovers it at the bottom of his bedside cabinet, when she’s almost given up on finding anything. From the outside, the letter holds no clue as to the explosive nature of its contents. She almost misses it; it’s tucked away at the very bottom of the last drawer, under a pile of bank statements. Natalie flips through them quickly; what she’s seeking isn’t likely to be concealed amongst cash withdrawals and direct debits. She goes to replace the bank statements and close the drawer, when she notices the envelope. It’s lying face down, almost as if it’s hiding. In the interests of being thorough in her search, she pulls it out.

She reads the letter, the name of Joshua Barker nagging at her as she does so, its vague familiarity teasing her. As the contents sink into her mind, the realisation of who Joshua Barker is claws its way to the surface in her brain, exploding through her skull in a myriad of disbelief and denial.

Natalie hurls the letter from her grasp as though the paper has burned her. Which, in a way, it has. It lands near the door, the momentum causing it to slide partly underneath, as if to crawl away from her. A low moan escapes her as she sinks to the floor, her stomach clenching in rebuttal of what’s hammering through her brain. She stares at the cheap melamine bedside cabinet as though it has betrayed her by offering sanctuary to Joshua Barker’s letter. Would to God she’d never decided to search through Mark’s things. She’s been expecting to find shit, but not something that stinks this bad. Nobody could have anticipated the contents of the letter taunting her from the other side of the room.
You screwed up again, Natalie. Drawn to bad boys, aren’t you? Well, they don’t come much worse than this one.

She huddles against Mark’s bed, which is neatly made, of course. Everything with Mark is always tidy, regimented, in its place. The almost antiseptic neatness of his cramped flat reveals little about the man she’s been dating, on and off, for the last four months. The on part is mostly down to her; she doesn’t let herself wonder if Mark ever contemplates pressing the off button.

Natalie’s come here today because she suspects her boyfriend may be seeing another woman. Given her track record with men, it’s the obvious conclusion when Mark seems distant, evasive, oblivious to her hints about taking their relationship further. Getting their own place. Perhaps a baby in due course. So far Natalie has only given the vaguest of suggestions on the baby issue; Mark’s abrupt withdrawal when she does so silences her immediately.

Finding a man who wants what she does - commitment, togetherness, stability - doesn’t come easily to Natalie. She knows men like that exist. Take her cousin Janine, for instance. Married for five years now, with a two-year-old daughter and another baby on the way, her husband Gavin the archetypal faithful adoring partner. Janine, though, has the shining example of her parents, happily married for thirty years. Not so with Natalie. Before the divorce, her father seems determined to bed every available woman in Bristol. Eventually he walks out on his wife and eleven-year-old daughter and doesn’t come back. His contact with Natalie is reduced to sporadic Christmas and birthday cards that eventually peter out. Callie Richards, angry and embittered, is left to bring up her daughter alone.

No wonder Natalie has a track record of always going for the bad boys. A psychologist might say she’s on a mission to find and reform her errant father. The finding’s not been a problem; it’s the reforming that’s proved a fruitless quest so far with the men she dates.

Mark, though - well, he’s always seemed different. At first, anyway. Even now, at times she gets the impression he likes her more than he lets on. Gradually, though, his evasiveness, the apparent lack of any desire to move things between them off casual status, erodes Natalie’s hopes. Another woman is the obvious conclusion she reaches. Someone prettier, funnier, more interesting. Someone carrying twenty kilos less in weight.

She’s off work this week, thankfully, taking time out from the demands of her job as a television production assistant. Mark will be at the builder’s yard, ordering concrete, checking purchase orders, doing whatever he does there. His absence means she has the opportunity to search his flat, seeing as the spare key nestles so temptingly under the potted plant in the hallway outside. A key that invites her to take it, turn it in the lock and go inside, to see if she can find evidence to confirm her worst fears. That Mark is seeing another woman.

More specifically, a woman with the initials A.J.

Oh, yes. It’s not just Natalie’s genetically programmed-in homing device for bad boys that’s brought her here today. She has firmer foundations on which to base her suspicions. A few days ago, angry and hurt after Mark has ignored her hints about their relationship once again, she grabs his mobile whilst he’s taking a piss. Her fingers flick through the contents. Nothing incriminating in the messages, either sent or received; he’s only kept the last few and they’re all to or from her. Mark’s calendar is what gives her cause for concern. Marked down every few weeks is the entry ‘A.J. Here, 6pm.’

When he comes back, still zipping himself up, she confronts him.

‘Who’s A.J.?’ she demands, her self-righteousness sweeping away the need for preamble. Alarm creeps into his eyes, before he tells her she shouldn’t snoop through his phone. Well, duh, she knows that already, doesn’t she? His reaction convinces her A.J. is female and, of course, not carrying the rolls of surplus flesh Natalie does. All Mark will say is that no, he’s not seeing anyone else, and yes, he wants to be with her, she mustn’t think he doesn’t. How A.J. is an old school friend, and male, not female. Except that the alarm she’s already clocked in his face, together with her radar for detecting lies, a skill born out of having a philandering father, warn her he’s not telling the truth. Hence why she’s here today, on a quest to find out who this bitch A.J. is and how long she’s been sleeping with Mark.

Now, crumpled on the floor beside his bed after reading the letter, she remembers the old saying about eavesdroppers hearing no good about themselves. Does the same hold true for snoopers, she wonders. Because what she’s found is utter shit; right now all she wants to do is press the eject button in her head and thrust the name of Joshua Barker into the far reaches of outer space. The envelope still taunts her from its vantage point on the floor, the portion that’s visible under the doorjamb mocking her.

The letter. The one Natalie almost doesn’t read, addressed as it is to someone called Joshua Barker. Initials J.B., not A.J., and male to boot. A letter with seemingly no connection to Mark and her misgivings about him; of no interest to her. When she finds it, she goes to replace it, unread, in the drawer. Then her suspicions flare up along with her curiosity. Of course the letter is connected to Mark; it’s in his flat, isn’t it?

She turns it over in her hands, checking it out. The envelope is plain white, the paper good quality. Expensive stuff, the kind favoured by an older generation. No return address on the back. The writing is neat, regular, its black ballpoint easy to read. A soft slope from left to right, the loops and swirls announcing the addressee as Joshua Barker. Address: Vinney Green Secure Unit, Emersons Green, Bristol.

Vinney Green. A name vaguely familiar to Natalie, although she can’t quite place it at first. Ah, yes. The detention centre for juvenile offenders on the outskirts of Bristol. Whoever Joshua Barker is, he’s been a bad boy, it seems. The stamp appears old fashioned and, peering closer, she can just about discern the postmark: Exeter, November 15, nearly fourteen years ago. Mark would have been eleven back then.

The envelope has been neatly slit open along the top, inviting Natalie to draw out the contents. One sheet only, in matching thick, heavy paper. Her fingers stroke the surface, caressing its coolness. A slight hint of mustiness reaches her nostrils. No date or address at the top. Just the words. She perches on the edge of the bed and starts to read.

I am writing this letter to tell you something that will hurt you, although that is the last thing either your grandfather or I would want. There’s no easy way to put this. Joshua, my love, your mother has decided to move away from Exeter and change her name, and it is her intention to begin a new life, a life without you. You must have wondered why she has not visited you and from what she tells me she has not written or called either. Try to understand, Joshua. She has found life very difficult since your detention. This is her way of dealing with what happened.

Both your grandfather and I have tried to persuade her not to break off contact with you but she is adamant on this point. I realise this must be hard for you, my love. You know how your mother can be at times. Rest assured we will continue to write and I can only hope that will be of some comfort.

Natalie’s first thoughts centre on how harsh, how unforgiving, a woman must be to abandon her child. And for what reason? Whoever Joshua Barker and his mother may be, Natalie thinks, one thing’s for sure; they’ve never had a normal parent and child relationship. Impossible to experience pregnancy and birth, bond with a child and then desert him, surely? This woman, so adamant about starting a new life without her son, has probably always denied him maternal love. Natalie briefly wonders where Joshua’s father is, hoping he’s forged from different metal to the boy’s steely mother. A man more in tune with Linda Curtis, with any luck.