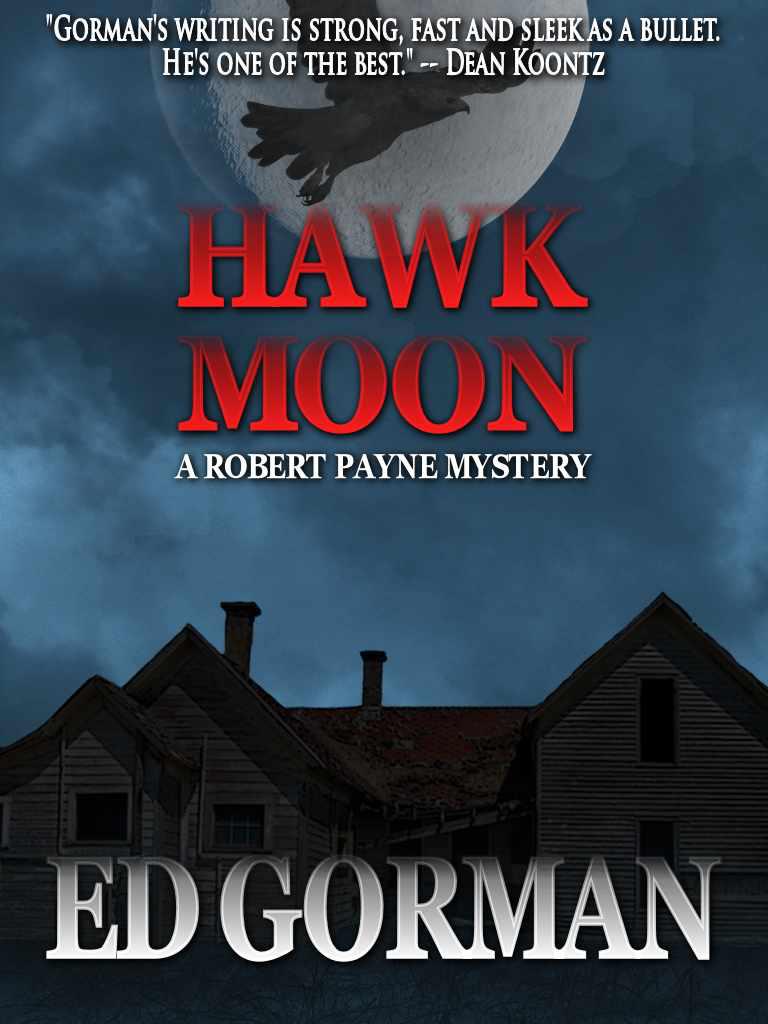 The Day the Music Died

Murder in the Wings

A Cry of Shadows

The End of It All

I would like to thank the brilliant Cherokee novelist and poet Robert Conley for reading the manuscript and suggesting key changes in the material dealing with Native Americans; and Bill Pronzini, who also read the manuscript and made several excellent suggestions; and, as always, Larry Segriff for all his work on the various drafts of this novel.

Note: There is no La Costa tribe. Similarly, I have taken some real liberties with Iowa geography.

"If you have not lived through something, it is not true."

B
arbaric as the practice was, few Indian agents tried to stop it, reasoning that it only proved the general perception of white people that Indians were indeed savages and belonged on reservations.

A
nna Tolan was helping her father shear sheep when she heard the woman's cry on the wind across the cornfield.

Anna looked up, her grip loosening on the sheep.

Anna redoubled her grip on old Henry, the eldest of all the sheep, as her father used the clippers with quick and nimble skill.

And then the cry came again and this time her father heard it and looked up.

And with that, he let go of old Henry, who took the opportunity to wobble up on his legs and teeter away to freedom.

Pa stood up, too.

It was a sunny afternoon on the Iowa farm, hogs feeding
in the yard, chickens squawking in the shed, milk cows dozing in the barn. Later that afternoon, once he was done with the shearing, Pa would go back to planting.

But now he looked worried.

"Maybe you'd better go inside and help you Ma, Anna," he said.

"Aw, Pa, you said you wouldn't say that anymore after I turned ten, and I'll be ten in two weeks."

He looked down and grinned at her and then swept her up in his arms and kissed her sweet freckled face. "That's what I said, did I?"

"Uh-huh. And you said it at the supper table where Ma heard you and everything."

"Well, then I guess I better keep my word, huh?"

She grinned. "I guess you'd better."

He took her hand and they set off.

T
ook them half an hour to find the woman. She was on the other side of the cornfield, lying on her belly by the creek.

They could tell right away she was an Indian. The black hair was in braids. The dress and leggings were animal skin.

She just kept splashing water on her face with her hands. And sobbing. Of course they couldn't see her face. They were still behind her.

Anna had never heard a person cry like that before. It was frightening.

There were shade trees and sunflowers and cottontails and butterflies here, and it should have been all lazy and beautiful the way things got in the middle of the afternoon.

But there was no way they could be beautiful with her sobbing that way.

Pa signaled for Anna to wait there.

He went up closer to the woman.

And that was when she got slowly up and turned around.

And that was when Anna clamped her hands over her eyes.

She could not abide seeing the woman's face.

Covered in blood it was, as were the woman's hands and forearms, all streaming from the dark and bloody hole in the middle of her face.

Somebody had savagely cut off the woman's nose.

"You run back to the farm and be with your Ma now, Anna," Pa said.

She knew that this particular tone of voice brooked no argument. None whatsoever. No amount of pleading or freckle-faced grinning could change Pa's mind when he sounded this way.

Anna stole a last horrified look at the Indian woman's face and then took off running back to the farm and her Ma.

T
he Indian wars were over now In Iowa, the various tribes had sold their land to the white government for what amounted to eleven cents an acre. All the tribes were scattered to distant reservations now — all but two, which had insisted on staying in Iowa.

Pa brought the Indian woman back to the house where Ma did what she could for her. Then Ma said they'd better get her into town, into Cedar Rapids, so a doc could fix her up proper-like.

Pa got the buckboard out and took her into town.

When they were gone, Ma made a big glass of cold sugar water for Anna — sugar from cane that Anna had helped cut last fall — and then Ma sat down across the supper-table from her and said, "That was a terrible thing you saw."

"A man has no right to do that to his wife."

"Her husband done that?"

Anna guessed she knew what virtuous meant. The priest used the word every Sunday.

"No. But he's ruined her life — and that's what he meant to do. She'll always have that hole in the middle of her face."

"I got scared when I saw her."

Ma reached over and took Anna's hand. "You're a good girl, Anna, and I love you so much."

"And now she won't be pretty no more?"

"Not anymore, Anna, not anymore she won't be."

"If a white man done that, would he go to jail?"

"I don't see how come her husband shouldn't go to jail, do you?"

"It sure ain't, though I asked you not to use that word since you got to the fourth grade and all."

Anna felt scared and alone then and went over and crawled up on her Ma's lap and held her and hugged her the way she did when she was a little girl.

"I feel sorry for her," Anna said.

Then the day caught up with Anna and she was asleep, damp with sweat and worn with work and worry since seeing the Indian woman cut up that way.

Her mother carried her upstairs to the bed they'd bought her last spring from the old Shaker woman. Her mother knelt next to the bed, holding young Anna's hand, and said a silent prayer that her daughter would never again have to see such a thing.

Local Police Chief Richard Gibbs also responded to early press reports that the victim's nose had been cut off from her face and that her right arm had been severed. "This is in fact what happened but at this point we're not speculating on how or why it was done. We need to see the final report from the County Medical Examiner."

Marathon Man by Bill Rodgers
Ice Lolly by Jean Ure
Our Story: Aboriginal Voices on Canada's Past by Tantoo Cardinal
Leif Frond and the Viking Games by Joan Lennon
A Hint of Rapture by Miriam Minger
Ash: Book One in the Rising Ash Saga by R.G. Westerman
The Hiring by Helen Cooper
B00AEDDPVE EBOK by Osmond, Marie, Wilkie, Marcia
One Wicked Night by Jamieson, Kelly
Murder in the Irish Channel (Chanse MacLeod Mysteries) by Herren, Greg