Heart of a Marine (The Wounded Warrior Series Book 1) 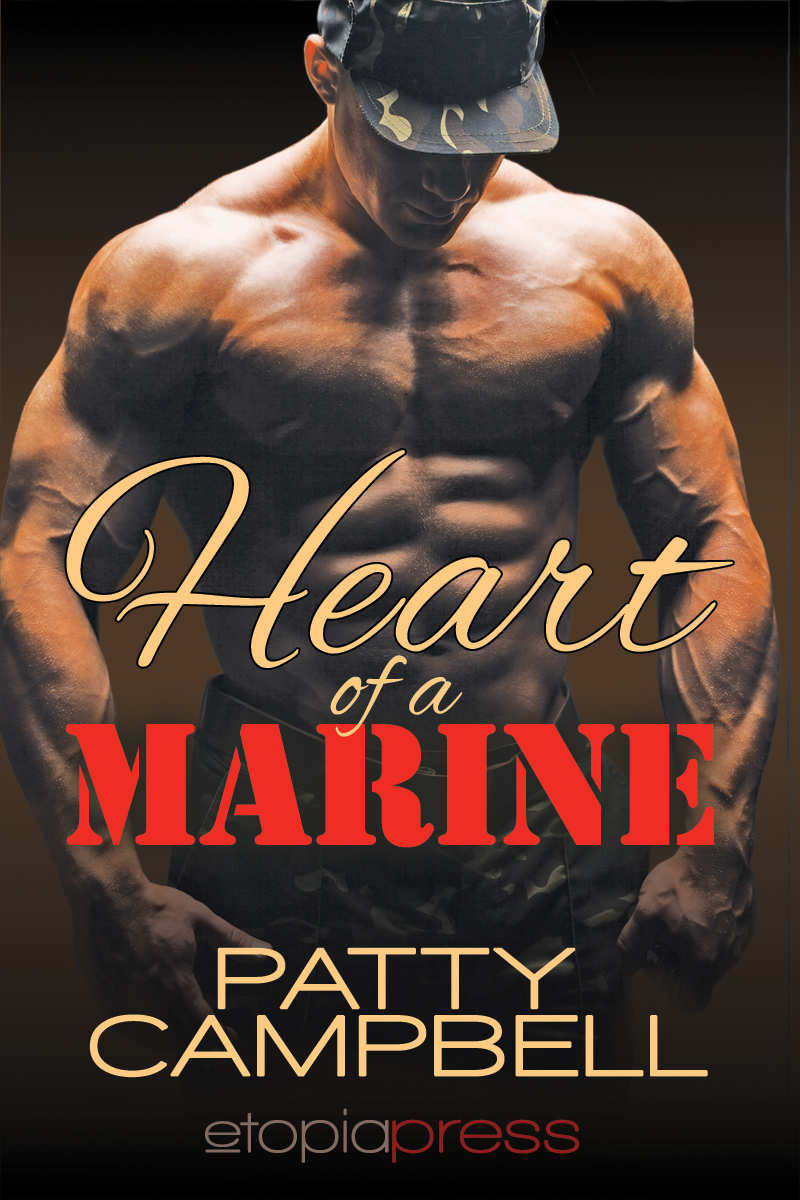 Look for these titles from Patty Campbell

For
Jelly’s Big Night Out

“This is a wonderful real-life down-to-earth story of an outstanding sister who gives up her freedom to raise her sister. Yes, there are tears. And yes, there is a happy-ever-after!”

“A great read with characters you will really enjoy.”

For
Once a Marine

“The storyline was entertaining with high drama near the end.”

“I loved this story by Patty Campbell. The story was rivteting, and I didn't want to put this book down.”

Look for these titles from Patty Campbell

Heart of a Marine (Book One)

Heart of a Marine

The Wounded Warrior Series Book One

Heart of a Marine

Her fraternal twin sister Charlene, on the other hand, was the same height, with one hundred twenty pounds of lingerie-model curves. Charlene wore her thick, golden blond hair like a privileged princess. Rusty brown eye color was the only thing they had in common. Victoria’s Secret, eat your heart out.

Marla got the brains. She dearly loved Charlene, but she sometimes wondered what was going on upstairs, except for her insatiable appetite for men. To give Charlene credit, she was very successful in her quest.

Now what was Char doing walking toward her at the construction site today? She shaded her eyes from the bright sun and gazed across the cluttered lot.

“Oh, lordy lord, Marla,” her sister said. “How can you stand it? Is he here every day? That man makes my mouth water and my knees quake.”

“Are you kidding me? You must be blind. He’s nothing but rippling muscles and he’s got the sexiest little hitch in his walk. Yum. He’s the spittin’ image of Gerard Butler. This guy is hot. Have you noticed how he looks at you? I’m jealous. You should talk to him.”

Marla rolled her eyes and blew out a long sigh. “I
do
talk to him, much more than I care to. Dwayne Dempsey is a royal pain. It’s a new argument from him every day. Just because he’s the contractor he thinks he knows more about this project than I do.”

Charlene had that moony-eyed grin on her face. “Well, he
is
the contractor.”

“Oh, for the love of goats, Charlene!” What was the use? “I own this building. He’s supposed to follow my design, my blueprints, not argue about every little detail.” She wasn’t sure Charlene recognized the difference between employer and employee.

Marla wouldn’t admit it, but she did have eyes, and she considered Dwayne Dempsey quite good-looking. Mouthwatering actually. She also knew how much he enjoyed flirting with
the fat girl
.

Dwayne looked up from his cell phone, hitched up his jeans, and winked at Charlene. He turned and waved when a man in the construction trailer yelled, “Yo, Gunny, over here!”

“Take him, please. You’re welcome to him.”

“Dwayne. He’s a retired marine. His men call him that. Now, what are you doing here?”

Charlene dragged her gaze from Dwayne’s back and shoulders as he walked away. Hand on her heart, she sighed. “Look at his perfect butt in those beat-up jeans. I don’t know how you stand it.”

Marla took the roll of blueprints and tapped her twin on the head. “You didn’t answer my question.”

Marla rolled her eyes. “What are you doing here?”

“Oh. I thought we’d go for lunch. We have to strategize for the singles dinner thingy. Remember? You promised you’d go with me. It’s tomorrow night.”

Darn it!
She’d forgotten all about her promise to Charlene and her brothers. Charlene had wheedled her about it to the point where she was ready to agree to anything just to get her to stop. It must have been the fact she was exhausted and so worried about the financials for this apartment house condo conversion. She’d better find a buyer for that great new listing she got before she had to start pinching pennies on this project.

Marla blew an annoyed sigh and thumbed across the screen of her iPhone. She had every minute of the day accounted for. “Why didn’t you call me last night and give me a heads-up? I’m swamped today.”

“I just found out an hour ago that Harry and Barry could meet us for lunch. You know how hard it is to get them to sit for an hour. It was today or never.”

Grrr
, this meant she had to talk to Dwayne, to let him know she’d be away from the site for a couple of hours. She straightened her shoulders. Might as well get it over with.

Marla waved the roll of blueprints. “Dwayne! Hold up. I want to talk to you.”

Her face and neck blazed. He was the only man on earth who could make her blush. She hated him for doing it and herself for allowing it.

“In case you hadn’t noticed, Dempsey, I’m your employer. Don’t you think it’s a tiny bit improper for you to call me gorgeous?” She gave him her sternest scowl and slammed her hands onto her hips.

The devil grinned. “I believe in honesty, boss. Goes with being a Marine.”

Resisting the urge to scream, she told him in a matter-of-fact tone, “I’ll be offsite for about two hours.” She pointed to a truck that pulled onto the premises. “You’ll have to sign for that load of drywall. Check it closely. Make sure they don’t try to pawn off some of that cheap Chinese stuff on us, like last week. If you need me, you have my cell number.”

“I need you all right.” His grin was enough to stop her heart. “But I’d rather have your unlisted home number.”

She silently swore by all that was holy that the big lout changed his posture, tilted his pelvis forward slightly, then grinned like a cat about to pounce on a mouse.

“One of these days, Dempsey.”

He referred to her mass of strawberry blond hair, which at the moment was growing larger in the damp breeze. How she hated her hair, especially when he teased her. She whirled around and flounced away before she said something she’d regret.

Hot Westmoreland Nights by Brenda Jackson
Souls ReAligned by Tricia Daniels
Emerald of the Elves by Richard S. Tuttle
The Forever Engine by Frank Chadwick
The Year of the Jackpot by Robert Heinlein
13th Tale by 13th Tale
The Mortal Knife by D. J. McCune
A Love Like This (Book 1) by Lane, Kimberly
Kissed By A Demon Spy by Kay, Sharon
Saving Ren (Barretti Security Series, Book 3) by Kennedy, Sloane