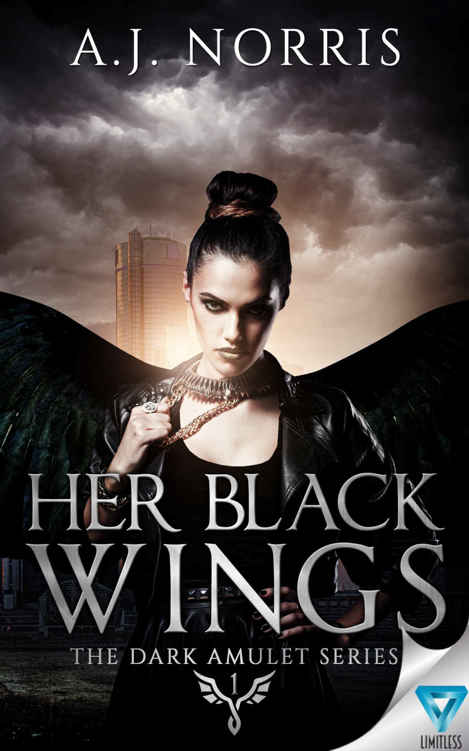 For all those that dare to follow their dreams.

For those that don’t, what are you waiting for?

GET (5) FREE READS EVERY FRIDAY!

Sent Directly To Your Inbox…

Stupidity always reigned supreme for Amalya. She stared at the receiver in her hand for a few seconds then whacked the handset on the phone three times. “God!”

Why did I call her? What did I think would be different?

The wind fluffed up the back of her coat and she shivered. Amalya wanted out of this place, out of this hell. She rested her forearm on the pay phone with her head pressed into the crook of her elbow. She made half-ass attempts to slap the side of the metal box. No one wanted her around;
she
didn’t even want her around. And the call to her sister only further solidified this fact.

A car pulled into the gas station where the pay phone was located on the corner of Who-knew-where and What-did-she-care. The brakes squeaked behind her. Amalya pivoted and found a silver car idling. The window slid down a couple of inches and the driver nodded once.

She raised her brows.
How did he know? “I’m not looking to be found, or
saved
, buddy.”

“Hmm, not interested in that either. Got extra room. Case you need a ride.” He jerked his head at the passenger seat.

She looked around the empty parking lot in the early dawn and approached the lone car. The middle-aged man had the eyes of a crazy person. They bore through her, yet looked distant, removed somehow. The idea of getting into this stranger’s car comforted her. Her desire to live dwindled with every breath. “You got a name?”

“Where you headed?” she asked. The question had been a formality on her part; the answer didn’t matter.

Amalya didn’t focus on the words, only his moving lips. A cracked red ring surrounded his mouth. He may have said, “Out of town.” or “Anywhere but here,” or maybe even, “There’s rope and an axe in my trunk.” It didn’t matter. Her life didn’t matter. He glanced over his shoulder into the back. Nothing but a bundle of blankets sat on the seat.

She sighed and reached for the door handle. Reed’s car smelled of motor oil and musty body odor, and Amalya pulled the collar of her coat up over her nose. She looked at him out of the corner of her eye. He didn’t acknowledge her mild complaint. How could he stand it?

Amalya sat in the front seat with her hands in the pockets of her coat, stolen from the Goodwill. She stared out the window. The buildings thinned and farmland came into view. She didn’t care where they were going, only that they were headed someplace else. The dreams she’d once had of starting over in a new city with a new identity hadn’t come true, nor would they ever. She didn’t want that; she just wanted this miserable life to end. The phone call to her sister played fresh in her mind. Her biting words had wounded her.

She and her sister had only spoken twice in the past six years, and the last time had been three years ago. The accidental meeting between them had been brief. Amalya had ducked into a library for a quiet place to rest as Genevieve had been leaving.

Amalya had pulled out the folded up business card her older sister had given to her then. She’d held her breath as she dialed the number, hoping her sister still worked at the same school. A woman answered on the third ring.

She squeezed her eyes shut. “May I speak to Genevieve Rivers please?”

“Ah, yeah, yeah. I forget sometimes.”
Did Genie get married?

“She’s teaching a class right now. Can I take a message?” The woman’s voice was nauseatingly pleasant and Amalya couldn’t bear to be nasty.

“It’s a family emergency. I really need to speak to her. Is there any way—”

“Oh, hon, why didn’t you say so? I’ll page her right away.” The message-on-hold music played while she’d waited for her sister. At least she hoped Stevens was a married name.

A silver car turned the corner. The driver gawked at her as he pulled along the curb. She was unsure which one of them had done the actual staring.

“Genie?” Amalya’s voice broke. “Please don’t hang up. I only called because…”
Why did I call?

“Yeah, I dunno why I—shit.” Amalya didn’t cry and hadn’t for years, but despite this, she still had feelings.

“Is this an emergency?”

Genie sighed into the phone. “Well, then I have to get back to my class before the students destroy the room.”

“God, you’re a mule. Can’t you at least tell me how you’re doing? How Mom and Dad are?”

“Do you really care about them…about me?”

Amalya’s eyes widened. “Why do you think I don’t care?”

“I just want to know you’re all right before…”

“Nothing, it’s just I don’t know what’s going to happen to me, all right? I may never see you again.”

There was a long silence. That same car made another pass.

“Mom and Dad are fine. I got married and we have a daughter. She’s two.”

Oh, my God.
How could she be two already?

“She’s named after our great-aunt. Now listen, I really need to get back to class and…”

Amalya heard her sister’s inhale. Genevieve was gearing up for something big.

“I’ve had a long time to think about things since the last time I saw you. I can’t do this with you. I don’t wish for anything bad to happen to you. But I don’t want you to be a part of our lives. You can hate me if that makes you feel better.”

“Why would that make me feel better?”

Her sister had hung up on her without saying good-bye, fuck off or even kiss my ass, like Amalya probably would’ve.

The cold air inside Reed’s car seeped inside her coat. At first, the temperature had felt warmer compared to the outside. A chill settled out from the center of her body. Amalya exhaled out of her nose. The tendrils of white fog curled and meandered around her. She shivered.

“How’d you
know
what I was going to say?”

He grunted. She remembered the blanket sprawled over the backseat before she’d gotten into his beat up silver sedan. She turned and snatched a corner of it from the back.

She's Me by Mimi Barbour
The Earl’s Mistletoe Bride by Joanna Maitland
Provoked by Joanna Chambers
The Prophet's Ladder by Jonathan Williams
A Healer's Touch by Monroe, Ashlynn
Once Upon a Day by Lisa Tucker
Sterling by Emily June Street
Siren's Serenade (The Wiccan Haus) by Dominique Eastwick
Compliments by Mari K. Cicero
Forgive Me by Joshua Corin