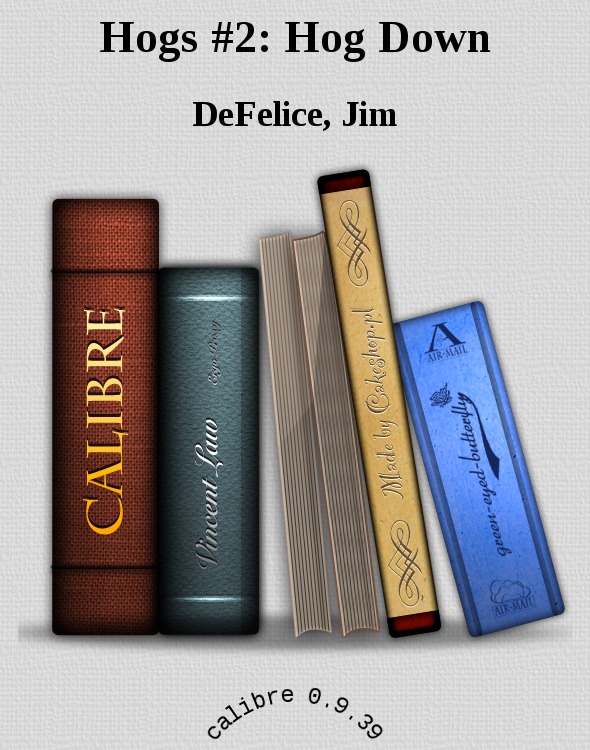 The
first rule of the air war above Iraq is …

Never
leave a Hog behind.

This
book may not be reproduced in whole or in part, by any means, without
permission from the author, except for short quotes in reviews or discussions.  Contact:
[email protected]

F
inally, they’d gotten
a day with nearly full sun,
the sort of day you’d expect in the desert. The weather had been horrible the
past few days, more like Idaho than Saudi Arabia.

Private
Smith rubbed his mouth, trying to chase away the late-afternoon dog breath. A
few more hours and the sun would set: he’d go off duty and get some real zzzs –
assuming Saddam didn’t lob any Scuds their way tonight.

Leaning
forward against the sandbags, Private Smith stared out across the vast
wasteland in the direction of the enemy, his eyes straining to separate the
dust from the earth. A huge earth berm sat a few hundred yards away. It was
both the border of the country and the line between boredom and insanity.

Private
Jones poked him in the back good-naturedly.

“Not
too bad,” said Smith. “You get any action going on the Super Bowl yet?”

The
answer to his question was drowned out by a sudden roar. Two dark monsters
swept up over the nearby berm, almost on top of them. The jets were so close to
the earth, their wheels would have touched if their landing gear was out.

“Motherfucker!”
screamed Smith, throwing himself on the ground.

The
ground rattled with the sudden roar of the planes. Their noses bristled with
the business ends of GAU-8/A Avenger seven-barrel rotary cannons, whose 30mm
shells could chew through a concrete wall in a heartbeat. Thick wings jutted
defiantly straight out from the fuselages, throwbacks to an earlier, rougher
era. The planes’ huge engines hung off their backs like a devil’s forked tail:
the rear rudders looked like legs trailing a flying witch.

The
two fighter-bombers pounded over the sand like a pair of Satan’s minions sent
to return some escaped soul to eternal torture. Smith cowered, sure that his
next address would be chiseled in granite.

“Relax,”
Jones told Smith as soon as the planes passed. He laughed, reaching down and
hauling his companion to his feet. “They’re only the Warthogs.”

“Shit.
I didn’t even hear the bastards.”

“Good
thing they’re on our side, huh?”

“Damn
fug-ugly planes,” said Smith, staring after them. “Uglier than the back end of
a Humvee.”

“Uglier
than your girlfriend.”

H
e’d meant to
read the letter from his
wife earlier. In fact, he’d been meaning to read it since last night, but one
thing or another got in the way. Now, sitting in the cockpit of his A-10A
Warthog fighter-bomber waiting for clearance to takeoff, Major James “Mongoose”
Johnson eyed the edge of the greenish-blue envelope, wondering if there was
enough time to slit it open and read it.

Probably,
there was. Having just been refueled and reloaded, Mongoose and his wingman
were standing at the edge of the runway, ready to launch their third foray that
day behind the enemy lines. But an F-16 with battle damage had been given
priority to land; they were waiting for the plane to make its appearance.

Thing
was, if the F-16 took too much longer, this sortie would have to be scrapped.
There wasn’t a heck of a lot of daylight left and besides, the two Devil flight
Hogs had been working since before sunup nearly twelve hours ago.

He
could’ve, should’ve, read the letter earlier. He’d had plenty of time between
the first and second missions, sitting in the refueling pit. And actually, there
had been nearly a half-hour after his preflight before dawn that he’d spent
rechecking details that had been checked three times already.

The
truth was, Major Johnson got fixated on routines as well as details; he usually
read his wife’s letters at night before writing to her, and missing that chance
had thrown him off. It didn’t feel right to read it at any other time, in any
other place but his quiet bunk in tent city.

This
was the flip side of the personality that made Tommy “Mongoose” Johnson one of
the best Director of Operations in the entire A-10A community, if not the US
Air Force. The positive side led him to meticulously diagram not just a planned
mission route but all the alternatives. The positive side led him to take over
a lot of the squadron commander’s tasks, pushed him to find problems in planes
that had been cleared by someone else, made him carefully evaluate not just a
pilot’s physical abilities but his mental state before drawing up a game plan.

The
negative side made him a pain in the ass. He knew that; he was trying to be
less by-the-book, bend more on the bullshit, bring out the best in people by
giving them slack.

The
negative side also meant that when his routine was disrupted, he tended to let
things drop off the side.

Like
the letter. He
could
read it now; undoubtedly it would give him a
boost, as Kathy’s letters always did. But somehow it didn’t feel right.

Reading
the letter would be like removing his helmet before goosing the throttle to
take off, or undoing the straps that bound him to the ACES II ejector seat
while in the middle of an invert. As tempting as it was to think about home, to
savor the memory of his wife and their new baby, it was important for him to
keep to his usual cockpit routine. Granted, the sortie— the third and last of a
very long day— was nothing special, easy pickings. Devil One and Two were
tasked to smash the hell out of an artillery emplacement a quick drive over the
border. Ride in, ride out, no big deal.

Still,
it needed his full attention. The letter could wait.

A
wobbling blur appeared at the edge of the afternoon sky, fumbling over the
runway haze with a sizable gash in her right wing. It was the injured F-16.
Johnson watched as the plane seemed to fight off a sudden burst of wind— it
might actually have been a problem with the damaged control surfaces— then
righted itself and skimmed into a good landing pattern.

The
sleek and versatile F-16 Viper or Falcon was generally reckoned as one of the
best all-around planes in the allied inventory, a hell of a dogfighter that
drew second straw only to a balls-out F-15 Eagle or— and this was a heavy point
of contention between the services— an F/A-18 Hornet, the versatile two-engined
attack plane favored by the Navy. In contrast, Mongoose’s A-10A Warthog was
more a mud wrestler than a modern fighter. She was built to fly low and slow,
and she looked it. Her long wings stood straight out from her pudgy fuselage,
exactly the way they would have on a 1930’s monoplane. The large fan-jets
behind the cockpit looked as if they’d been stolen from an early 1960’s
airliner. Officially called a Thunderbolt II, the plane had been nicknamed the
Warthog because she was twice as ugly as one.

But
she was also three times as ornery. Those simple wings could hold a heavier weapons
load than the average World War II bomber. The fan-jets couldn’t get the Hog up
to the sound barrier, but they allowed the plane to twist and turn cartwheels
in the sky. Part of the A-10A’s muscular frame was made of titanium; all of her
important control systems were redundant and well protected. The Hog could take
more lead than a target at a turkey shoot and keep on flying— a fact, not a brag;
Mongoose had seen it himself. She was also incredibly easy to service, and
meant to be used right in the heart of trouble. Gassing and arming her were
easy enough that army troops could do it. In fact, rumor had it that more than
one Hog driver had gotten fed up with the wait over at Al Jouf FOA the first
day of the war and hopped out to refurbish his craft himself.

The
tale was probably apocryphal, though Mongoose had no doubt that his wingman,
Captain Tommy “A-Bomb” O’Rourke, had contemplated something along those lines
already.

A-Bomb—
the pilot of Devil Two— was exactly that kind of guy, the prototypical wingman
and a born Hog driver. But he was unlike any other pilot in the entire service.
His legend extended well beyond the small confines of the 535
th
Attack Squadron (Provisional). A-Bomb could fly with one hand on the stick and
the other wrapped around his coffee thermos, in manual reversion with no help
muscling the controls from the hydraulics. He’d be listening to a Bruce
Springsteen CD that played on the stereo in his specially modified flight
getup, plunking Iraqis while microwaving a hot dog.

Actually,
he didn’t have a microwave in his cockpit.

The
F-16 hit the runway a bit fast, wheels squealing and a wing popping up before
settling down. Mongoose glanced again at his wife’s letter, staring at the
return address with its carefully printed block letters. The thin blue lines of
her text were folded against themselves, backwards and showing through the thin
paper.

She
would have used her favorite Cross pen to write the letter. It was her good
luck pen.

Maybe
it wasn’t anal-retentiveness about his schedule and duties that had made him
put off reading this letter. Maybe it was something else, something
unconscious. Bad karma or something.

Not
bad news, not a premonition, just— something weird. Like maybe it would be bad
luck.

Jesus,
he told himself.
You’re
getting like Doberman. Next thing you’ll be doing is snugging your helmet
exactly twelve times before getting into the cockpit.

With
a start, Mongoose realized the tower had cleared him to take off and was
waiting for him to get his butt in gear.

He
gave the letter a frown, then pushed it securely into his pocket.