Read Home In The Morning Online

Home In The Morning 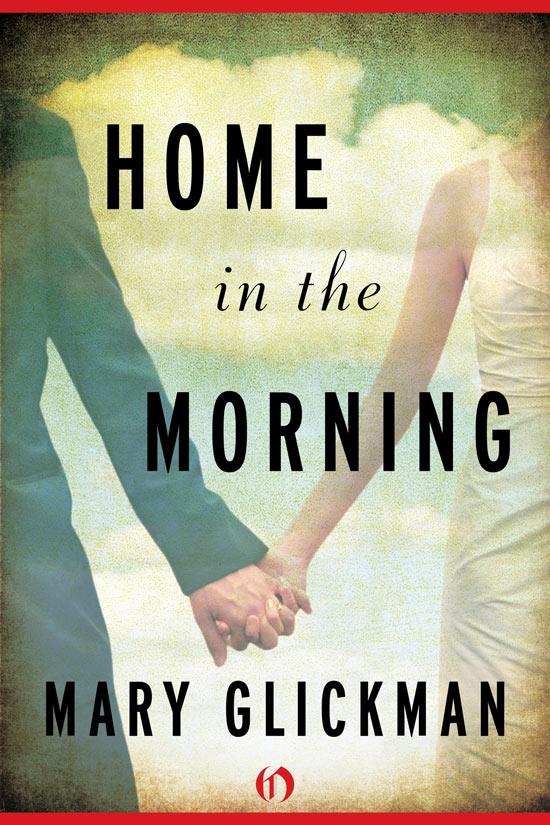 H
OME IN
THE
M
ORNING

For Stephen,
My windy boy and a bit

I’ve been traveling all this day

To hear the good folks sing and pray

They pray’d so long I couldn’t wait

I knew the Lord would walk that way

Then ride on, ride on,

When I got there, Satan was there

I lay my old sins on the shelf

And stand right up and shake myself

J
ACKSON
S
ASSAPORT WAS NAMED FOR
both the capital of Mississippi and his uncle Yakov, signifying him instantly as Southern and Jewish and, as such, the perfect husband, a man chivalrous and loquacious at once. He had no ability to mislead his wife and harbored far less the desire to do so, for his sensibilities were especially fine. Stella was a trial of a woman, a virago of passionate pursuits who regularly forgot him. Everyone said she was fortunate to land him. And land him she did. After many years, he remained famously devoted to her. To watch her thrash on her dressing room couch in her party clothes on a night that represented the triumph of her career distressed him almost more than it did her to present him with that unholy spectacle: tendrils of red hair flashing like whips, the pulsing veins of her long pale neck, her lips gone white from clamping together to stifle a ragged moan that escaped as a dull murmur of grief. He watched her tantrum helplessly, afraid to touch her.

When she could speak, Stella said: I am not going if she’s there, and that’s that. I cannot. I will not. I won’t.

She was still for the moment, so he rushed forward and dropped to one knee before the tufted chaise where she sprawled, defiant in mauve taffeta and blue silk.

That’s ridiculous, he said, in his dark Mississippi drawl, as soothing a tone as man can muster. This is your night. Everyone will be there. Your family. Your brothers, your mama. Mine.

Precisely! Precisely! Stella bolted upright. Her oval eyes went round with anger and impatience. Dear dotty Mother, who waited how long for this night? Forty-eight years? She gave up on me in ‘67. Her mind’s been gone since ‘92. She thinks it’s our wedding anniversary. The boys. They don’t respect me. They’re both divorced. I can see them now, sitting with Katherine Marie jolly as clams lettin’ her spike them up. Your mama? She’s been waiting for me to fall on my face since the day we met. No. I’m not going. I’m not.

She rose from the chaise and glided to the bed, where she fell back against the comforter and a flotilla of pillows. Her gaze fixed on the ceiling as she muttered. Gawd. That heifer. Gawd.

Her legs were spread and uncovered, as were her arms. In love with her more than thirty years, Jackson Sassaport was moved by the sight. He got on the bed too, made to stroke her in consolation. Taking a chance—any false move when Stella was like this could be disastrous—he kissed her, and because he remained in love with her after thirty years, he could not ignore her breasts or her backside when she relaxed a little, and that’s why Stella was late for her own party. No matter what Katherine Marie said later on, it had little to do with her, less than a jot.

Always the gentleman, Jackson let his wife doze a few minutes afterward while he washed up and put his pants back on then located her panties and shoes, laying them out on the chaise while she repaired
her face. She left the bathroom impeccably groomed and in a clearly improved mood, although her eyes were red. Leaning on her husband’s shoulder while she slipped on her heels, she said: Long as I have you, Mr. Sassaport, I’ll be ok. They enjoyed a quiet connubial embrace. Why don’t you leave Katherine Marie to me? he murmured in her ear. I’d be honored by the opportunity. Stella declined. I can handle her. I was just upset at the thought of seeing her at first. It wasn’t pleasant news. She squared her shoulders, filled her chest with air. I’m ok now. I can handle her.

She gave her hair a final brushing. He smiled at her back. This was the Stella Sassaport he knew, loved. He couldn’t help himself. Strong, exceptional women of mercurial natures peppered his family tree, they were the sum of the dalliances, flirtations, and romances of his youth. They were the women who fed, clothed, coddled, trained, excited, enchanted, and tortured him from the hour of his birth until the day he escaped into Stella Godwin’s arms, or so he thought on his wedding day. On that day, he felt he’d married his anti-mother/auntie/cousin/crush, but before the first decade was out, he became convinced he’d married the same old she-wolf in the clothing of a different sheep. He experienced an epiphany on this point quite literally at the hand of the self-same Katherine Marie whose name on the faxed final guest list had thrown Stella into her fit. Jackson’s epiphany, like all epiphanies, had a self-evident truth at its core: It was too late to change. Years too late. Whatever Stella was, and there was much that terrified him, he was hers, every ounce of him. If she was like all the others, well, so be it. At least she’d surpassed her type. Nonetheless, he still recalled Katherine Marie’s words exactly. They visited him at the oddest times, when nothing particular was going wrong, when Stella rested between projects, when life was quiet, when life was good.

You’ve been corrupted! Katherine Marie charged that night, stabbing a bony finger into his chest. It’s insane you can’t see what she’s
done to you! Changed you into a lowlife weasel! My dear white Southern gentleman manqué. You are a fraud! No true gentleman would do what you’ve done! For what? For her!

Her tirade was a startling event to Jackson, especially in its naked display of feminine venom, but Stella laughed, hugging herself when he told her about it. She nearly rolled off the bed. For a time, he was insulted she wasn’t insulted on his behalf. In those days, Katherine Marie was Stella’s latest enthusiasm, a fact of life Jackson Sassaport could either like or lump. Epiphany underscored.

Jackson Sassaport was of the Savannah Sassaportas, seven generations, three states, and a vowel removed from their patriarch, Baruch Sassaporta, a colonist trader with a fleet of three tall ships that made the family fortune. Baruch’s people were from Portugal by way of London, thanks to the Inquisition. Jackson’s great-granddaddy, another Yakov, not recognized by Baruch Sassaporta’s direct heir when some Slavic blood finagled its way into the Portuguese strain, had wandered through Georgia and Alabama before setting up shop in Hinds County, Mississippi, with his brother, Yosel. Both men married clever, ambitious women who bred like rabbits and ran them like overseers. Bella and Hannah were the architects of the Anglicization of the name Sassaporta, an appellation the locals had trouble with as they were not familiar as Savannah folk were with the venerable names of colonial shipping, making two syllables of the “port” and dropping the “a” altogether, at least it seemed to the brothers and their wives, although the “poh-art” was followed by an exhalation of breath that would have been taken by more musical ears for a delicately aspirated “a.” At the insistence of those two balabustas, Sassaporta’s Dry Goods became Sassaport Clothiers, Yakov became Jack, and Yosel became Joe. In subsequent generations, Sassaport Clothiers begat Sassaport Furniture which begat Sassaport Lighting which begat Sassaport Plumbing Fixtures which begat Sassaport General Emporium which begat Sassaport
Grocery until even a Sassaport Fish and Tackle was added to the register. By the time Jackson came along, there wasn’t a citizen of Hinds County who did not have a Sassaport product in his larder, his living room, his closets, his bath, his garage. Jackson’s father was a third son and not obligated to join the family business. He became a physician. Jackson chose the law.

The Ruby Prince: Book Two of Imirillia (The Books of Imirillia 2) by Beth Brower
Rescate peligroso by Jude Watson
Yamada Monogatari: To Break the Demon Gate by Richard Parks
Caravaggio: A Life Sacred and Profane by Andrew Graham-Dixon
Deepforge by R.J. Washburn, Ron Washburn
Stacking in Rivertown by Bell, Barbara
Full Disclosure (Homefront: The Sheridans Book 2) by Aster, Kate
Your Dream and Mine by Susan Kirby
Amid the Shadows by Michael C. Grumley
Clickers III by Gonzalez, J. F., Keene, Brian