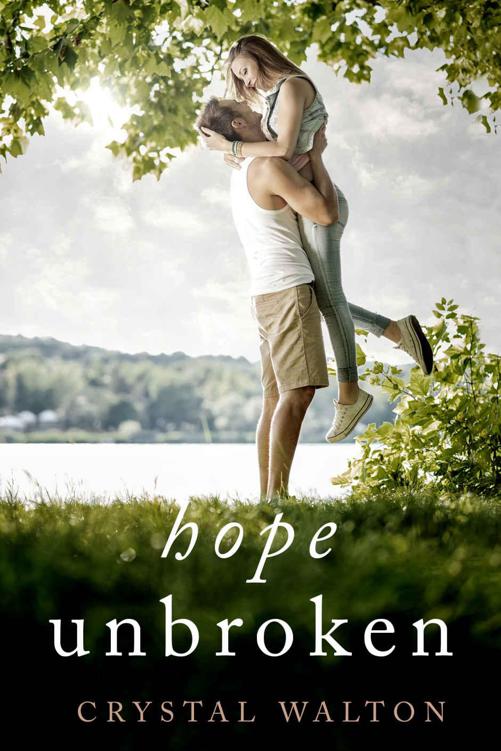 All rights reserved. No part of this publication may be reproduced, distributed or transmitted in any form or by any means, including photocopying, recording, or other electronic or mechanical methods, without the prior written permission of the publisher, except for brief quotations embodied in critical reviews and noncommercial uses permitted by copyright law.

This is a work of fiction. Names, characters, places, and incidents are a product of the author’s imagination. Locales and public names are sometimes used for atmospheric purposes. Any resemblance to actual people, living or dead, or to businesses, companies, events, institutions, or locales is completely coincidental.

To receive these free eBooks along with exclusive inside peeks into new releases and other behind-the-scene goodies,
click here to get started
.

Breathe
. I unzipped my coat. A damp breeze rolled off the lake across from Riley’s condo but didn’t come close to lowering my body temperature. Not with the adrenaline still hanging on to my unanswered question.

I hadn’t thought this through. Hadn’t planned to ask him that. A two-thousand mile flight should’ve given me enough time to sort this out. I couldn’t stay, but now that I was here in Nashville, nothing else mattered except being where I belonged.

Riley didn’t move. He kept one foot on the edge of the curb and one on the street, still frozen after bracing himself to hear what I’d come to say. The tension-filled lines on his forehead softened, but the uncertainty in his eyes held on. “Emma, we’re already engaged. I don’t understand . . .”

Neither did I. Swallowing, I rubbed my hands on my jeans and glanced back at the blonde in the Honda parked along the curb. “I don’t have any of this figured out. All I know is I’m ready now. We can—”

A car door slammed behind us and sent a
clank
coursing up the walkway and down my already-tense body. Jake lifted his shaggy head from the grass, ears raised.

Riley’s manager, Jessica, sashayed around the bumper. Each time her heels struck the concrete, my blood pressure ratcheted a little higher. No one should be allowed to make a pair of capris and a baby tee look that seductive.

She swept her long blonde ponytail off her delicate shoulder as she approached us. “Nick called a meeting at eight,” she said without so much as a glance in my direction.

His shoulder blocked all but a sliver of her profile by the time I realized I’d been inching farther behind him with each word she spoke.

He didn’t rise to her challenge, simply held his ground. “I have other plans.”

Did she just laugh at him?

She weaseled her phone out of her pocket and busied herself with the screen.

Riley squared his feet. “Whatever it is, I’m sure it can wait. I’ll call Nick—”

She whipped her head up. Patronizing smile in place, she strode two steps closer. “Considering your contract is the topic of conversation, I suggest you be there.”

His contract?
I balled the bottom of his sweatshirt in my fist. Jake trotted over and sat tall beside us. Apparently, I wasn’t the only one worried.

Jessica edged back, traded her cell for her keys, and widened her smug grin. “We can stop for breakfast first.”

She dipped her head in concession. “Just remember this is business. You don’t have time for . . .” Her gaze slanted past him to me for the first time. “Distractions.”

The accusation bulldozed straight through what little foundation was keeping my fatigue-plagued body standing. He slipped an arm around my back and brought me close to his side.

Jessica turned to her car, but not before a heated eye-roll bore into me.

Riley steered me into his condo and whistled for Jake to follow.

The corners of his living room closed in on me again. His life was here. In contract meetings. In rehearsals. Performances. She was right. He couldn’t afford any distractions.

I slumped against the couch arm. Was my coming really the best thing for him? But how was I supposed to go back to Portland tonight with things unsettled? I’d come to fight for him, for us. If his contract kept him here even longer, where would that leave our plans?

Until his eyes anchored me.

They didn’t carry a hint of agitation left from the run-in with Jess. Only assurance. “Em, you’re the most important part of my life. You belong here.”

Here. With him. In the place I’d feared I didn’t.

I exhaled. Adrenaline waned behind exhaustion, and my legs gave way beneath me.

Riley caught my arm. “I think it’s about time you get some sleep.” He led me to his bedroom. “Why don’t you take a nap while I run to this quick meeting?”

Quick meeting? He made it sound like it was just business as usual. He couldn’t have missed the way Jess had taunted him. Like she was lording an ultimatum over him or something. He really expected me to sleep after
that
? Or to sleep
at all
when we had such little time to spend together as it was?

I froze inside the doorway.

He traced the scar on my chin from Tito’s ring the night he attacked me outside the center. “I know we still have a lot to talk about, but you need to rest.”

One look at my overtired reflection in the mirror left little room to argue.

I ran my fingers through my hair down to the grimy ends. “Actually, do you mind if I shower first?” The cab ride from the airport was enough to warrant a shower. Never mind that I’d been up for over twenty-four hours.

Riley struggled to keep the corners of his mouth from quirking. He grabbed an extra set of towels from a narrow closet in the bathroom and laid them on the sink counter along with my backpack. “Do you want me to leave something out for breakfast?”

I squinted to read the clock on his nightstand. 7:00 a.m. It would’ve passed as an acceptable time for breakfast if my stomach didn’t beg to differ.

He laughed at my wrinkled nose as he shut the bathroom door.

Alone, I cranked the shower. Water washed the long night’s grunge down the drain, one heated wave at a time. I flexed both palms against the shower wall and let the stress of everything leading up to today evaporate with the steam rising to the ceiling.

I didn’t think anything could top that shower, but brushing my teeth had to be some small part of heaven. In front of the sink, I dragged a hand towel across the mirror. A halfway normal version of myself was better than nothing. Hopefully, a nap would restore the rest.

I shoved am arm inside my bag in search of my pajamas. After thirty seconds of not finding them, I dropped to my knees, dumped the whole thing out, and rummaged through the clothes and toiletries strewn across the bathroom rug.

I cracked the door. “Um, Riley?” With any luck, he’d already be gone.

He sailed around the corner, and I swung the door shut.

What was I, a schoolgirl? Straightening, I tightened the towel across my chest and inched the door open again. “I was in such a rush to leave yesterday, I forgot to pack pajamas.”
Like a complete idiot.
“Do you have something I can borrow?”

Without saying anything, Riley fished through two dresser drawers. His grin extended across the room and peaked to the left as he handed me a solid blue T-shirt and a pair of black mesh shorts.

I slid the clothes through the slender opening, threw them on, and gave my hair a good wringing with the second towel. A single glimpse in the mirror was more than enough. The oversized clothes were almost as baggy as the skin under my eyes. And that tangled jumble of hair. Wow.

I couldn’t help laughing. No sound. Just those airy laughs that only happened when sleep deprivation made everything ten times funnier than it really was. Clearly, a nap was more in order than I’d thought.

Another peek around the edge of the door didn’t show any sight of Riley. Maybe I’d caught a break this time. I hurried toward his bed.

“You look cute in my clothes.”

I leaped a foot in the air.

Since when was a train wreck cute?

Riley lounged against the jamb with the corner of his lips hitched up his cheek. The condo must have another bathroom somewhere. He’d freshened up from his run. Drops of water clung to the tips of hair, hanging in a flawless mess over his forehead. Faint traces of his Nautica cologne curled around me and joined the same tender embrace his eyes offered mine before he ever reached me.

He crossed the room and wove his hands around the small of my back. Being in his arms boxed out every other thought, rational or irrational. I twisted my wet hair over my shoulder and chewed on my lip and the question I knew I shouldn’t ask. “Stay?”

“You keep looking that adorable, and I might not be able to say no.”

That made two of us.

My cell rang from my purse on the bed. It was probably Jaycee, wondering if I’d made it here okay.

I swiped the screen. “Hey, I meant to call when I landed, but I got a little sidetracked.”

I looked over my shoulder. Riley’s smile most definitely fit into the
sidetracking
category. Not that I had to spell it out to Jae.

A. J.?
My stomach clenched. Her pause pinched it tighter.

One jab followed another. My legs found the edge of the bed. Tito was in custody. He couldn’t still be threatening the center, could he? Had someone else taken over his gang? Someone looking for revenge? Tito’d turned
himself
in for shooting Dee. They shouldn’t blame us for that.

“I didn’t get all the details,” Jaycee said. “Something about a notice from the landlord.”

A sense of relief leveled out my shoulders as I sank a palm onto the mattress. Yeah, we were behind on rent, but we just needed a little more time. I’d offered to donate my paychecks. Trey’d been hawking old wedding presents for cash to pay the bills. “I’m sure it’s fine. Mr. Glyndon knows we’re working on it—”

For the second time today, my breathing stopped.

Dreams Do Come True by Jada Pearl
My Lady Scandal by Kate Harper
Melt For Me (Against All Odds Book 3) by Elisabeth Naughton
Legacy Of Korr by Barlow,M
Evil That Men Do by Hugh Pentecost
The Hotel on the Roof of the World by Alec le Sueur
The Wide Receiver's Baby by Jessica Evans
Staying True by Jenny Sanford
Aramus by Eve Langlais
The Marriage of Mary Russell by Laurie R. King