Kate Oakley hated the place and was afraid to live in it, but she was even more afraid that, if she sold it, Mr. Oakley would be able by some legal maneuver to get his hands on half of the money. So she had stayed on. By day she stared out at the live oak trees wishing they would die and let a little light into the house, and by night she lay awake listening to the squawkÂ­ing and creaking of eucalyptus boughs, and hoping the next wind would blow them down.

Mary Martha knew how her mother felt about the house and she couldn't understand it. She herself had never lived any other place and never wanted to. When Jessie came over to play, the two girls tried on old clothes in the attic, put on shows in the big garage, rummaged through the cellar for hidden treasure, and, when Mrs. Oakley wasn't looking, climbed the trees or hunted frogs in the creek, pretending the frogs were handsome princes in disguise. None of the princes ever had a chance to become undisguised since Mrs. Oakley always made the girls return the frogs to the creek:
“The poor little creatures. . . . I'm ashamed of you, Mary Martha, wrenching them away from their homes and families. How would you like it if some enorÂ­mous giant picked you up and carried you away?”

The front door of the Oakley house was open but the screen was latched and Mary Martha had to press the door chime. The sound was very faint. Mrs. Oakley had had it muted shortly after Mr. Oakley moved out because sometimes he used to come and stand at the door and keep pressing the chime, demanding admittance.

“If she's not home,” Jessie said hopefully, “we could climb the sycamore tree at the back and get over on the balcony of her bedroom and just walk in. . . . What's the matter with your doorbell?”

“Ours is real loud.”

Mrs. Oakley appeared, blinking her eyes in the light as if she'd been taking a nap or watching television in a darkened room.

She was small and pretty and very neat in a blue cotton dress she had made herself. Her fair hair was softly waved and hung down to her shoulders and she wore high-heeled shoes without any backs to them. Sometimes, when Jessie was angry at her mother, she compared her unfavorably with Mrs. Oakley: her mother liked to wear sneakers and jeans or shorts, and she often forgot to comb her hair, which was as dark and straight as Jessie's own.

Mrs. Oakley kissed Mary Martha on the forehead. “Hello, lamb.” Then she patted Jessie on the shoulder. “Hello, Jessie. My goodness, you're getting big. Each time I see you, I truly swear you've grown another inch.”

Whenever Mrs. Oakley said this to her, which was at least once a week, Jessie felt highly complimented. Her own mother said, “Good Lord, do I have to buy you another pair of shoes
already
?” And her brother called her beanpole or toothpick or canary legs.

“I eat a lot,” Jessie said modestly. “So does my brother, Mike. My father says he should get double tax exemptions for us.”

As soon as she'd made the remark Jessie realized it was a mistake. Mary Martha nudged her in the side with her elbow, and Mrs. Oakley turned and walked away, her sharp heels leaving little dents in the waxed linoleum.

“You shouldn't talk about fathers or taxes,” Mary Martha whispered. “But it's O.K., because now we won't have to tell her about your hands. She hates the sight of blood.”

Charlie wrote the name and address on the inside cover of a book of matches: Jessie, 319 Jacaranda Road. He wasn't sure yet what he intended to do with the information; it just seemed an important thing to have, like money in the bank. Perhaps he would find out Jessie's last name and write a letter to her parents, warning them. Dear Mr. and Mrs. X: I have never written an anonymous letter before, but I cannot stand by and watch your daughter take such risks with her delicate bones. Children must be cherished, guarded against the terrible hazards of life, fed good nourishing meals so their bones will be padded and will not break coming into contact with the hard cruel earth. In the name of God, I beg you to protect your little girlâ¦

THE COMPLETE WORKS OF MARGARET MILLAR 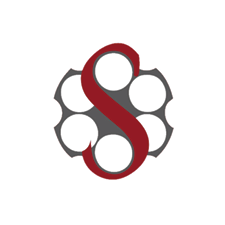 France Restored: Cold War Diplomacy and the Quest for Leadership in Europe, 1944-1954 by William I. Hitchcock
Love Finds You in North Pole, Alaska by Loree Lough
The Pattern in the Carpet: A Personal History With Jigsaws by Margaret Drabble
Overdrive by Chloe Cole
Treated and Dyed (A Bekki the Beautician Cozy Mystery Book 13) by Cindy Bell
The Uncrowned King by Daniells, Rowena Cory
Riverbreeze: Part 3 by Johnson, Ellen E.
Manhattan Monologues by Louis Auchincloss
Wrath Games by B. T. Narro
Gods and Soldiers by Rob Spillman