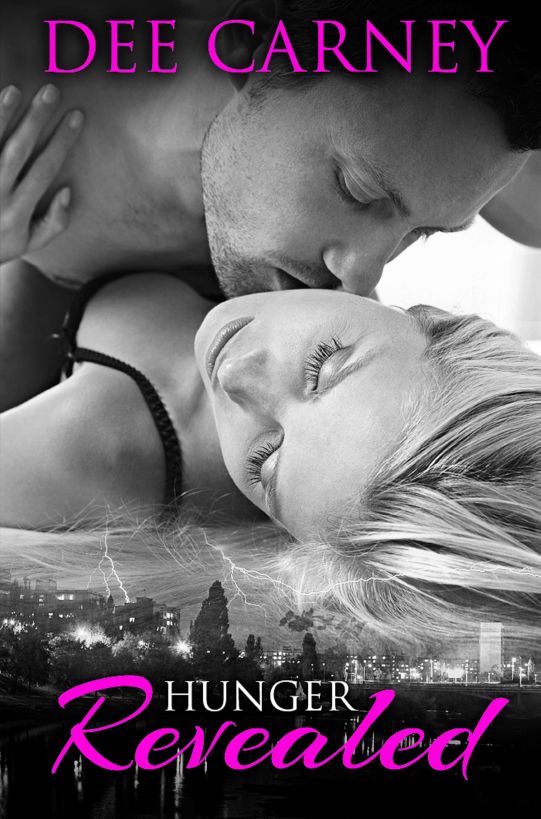 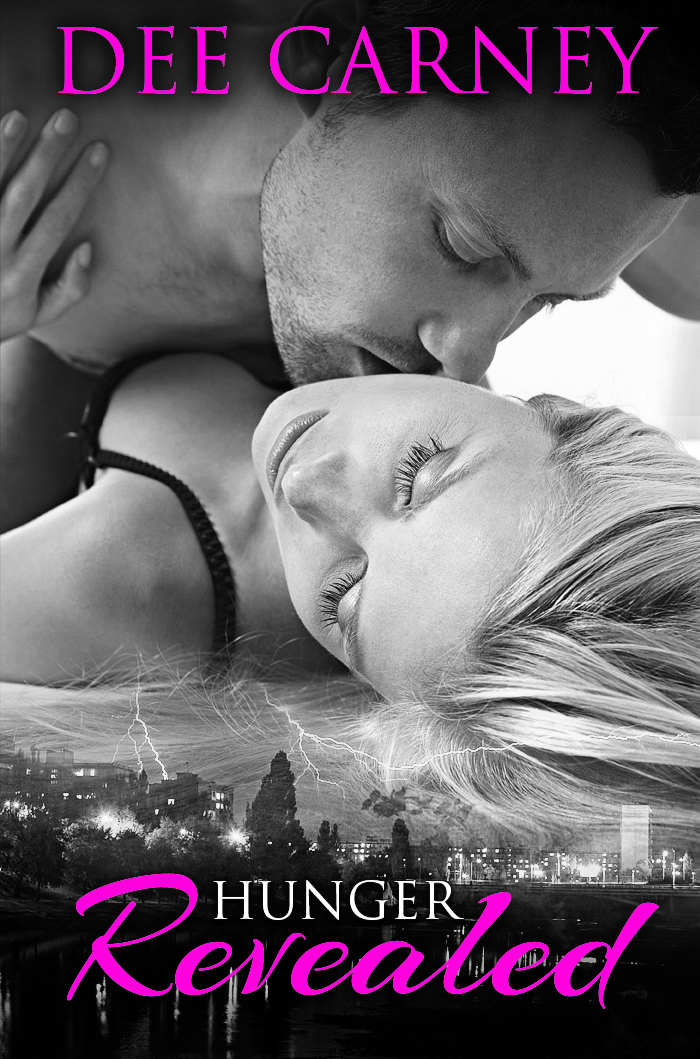 WARNING: This free e-book contains matters of
a sexual nature and adult language, which some may find offensive
and which is not appropriate for a young audience. This free book
is for ADULTS ONLY.

This is a
free
work of fiction.
Names, characters, places, and incidents are products of the
author’s imagination or are used fictitiously and are not to be
construed as real. Any resemblance to actual events, locales,
organizations, or persons, living or dead, is entirely
coincidental.

All rights reserved. No part of this book may
be used or reproduced electronically or in print without written
permission, except in the case of brief quotations embodied in
reviews.

“I'd have to disagree.
Otherwise you wouldn't have brought her here. If the Council's
after me, they're surely after her as well.”

“She might be the hope for
a new breed of vamp—”

Corin's heart kicked
against his ribs like it was trying to get out. A new breed of
vampire. Is that what Sijourn really thought?

Jasmine turned to the side, visually
tracing the way the sheer material billowed out and fell into
graceful layers against her hips. The overhead lighting did nothing
for her complexion, but overall, the effect of the clothing wasn't
too shabby. The mirror didn't do her any favors, but it hadn't
cracked either.

Her gaze drifted a little bit lower,
following the lines and slopes of her body, but nope, no problems
identified. Light blue babydoll lingerie would knock Corin off his
feet for sure. In a few weeks, on the night of their one-year
wedding anniversary, she'd pick something even skimpier to show
off.

“Do it now while you can,” she
muttered beneath her breath. Immediately, a sense of giddiness and
overwhelming joy made a smile push at her cheeks.

She whirled, startled—yet, not
really—to find her husband now standing behind her in the small
dressing room. Ducking to see around his hulking body, she searched
for irate saleswomen who might be storming their way in order to
toss them from the boutique. “You're going to get us kicked
out!”

Corin paid no attention to her
protest. His dark eyes had grown stormy and studied her with sexual
blatancy. “Gods,” he whispered.

Jasmine leaned back, letting the cool
wall support her as he visually undressed her, inch by inch. Her
skin warmed beneath the scrutiny, which sent delightful shivers
through her thighs, belly, and breasts. “I guess I should buy this
one, huh?” she asked in a husky voice meant to transfer some of
those same shivers to him.

How crazy and amazing that a single
look from this man aroused her to dripping need. Is this what the
next hundred years would be like? A century of loving the man, a
vampire executioner, who'd saved her from death and from a fate
even worse than that.

His words were so similar to the
thought she'd had a moment ago, her smile widened. They'd grown
even closer during their brief marriage. He'd taught her how to be
a member of the vampire nation. Their laws. Their covenants. How to
survive.

Used to his occasional brusqueness and
frustratingly overprotective nature, she could no longer imagine a
world without him.

Her smile became an outright grin when
her gaze happened to drop and encountered just how “amazed” her man
had become. “Is that for me?” she asked, a brief nod pointing to
the thick outline in his trousers.

“Always.” His expression morphed into
something a little mischievous. It was a look she knew
well.

“Oh no, mister. Not here.” She
giggled. “I am so not going to jail because you want to be a little
kinky.”

He moved in close before she could
break out of the dressing room. “Shh. We'll be quiet,” he whispered
before sweeping his lips across her jaw.

As she knew she would at his touch,
Jasmine melted. Tilting her head, she met his seeking kisses, heat
swirling in her belly.

This was so bad. So bad. They'd never
been quiet during sex. Even now, a small whimper of need bubbled
from her throat. Corin responded by pushing a hand into her curls
and deepened their kiss, his tongue thrusting into her mouth.
Weak-kneed, Jasmine fought down the rising passion and tried to
sway her husband once again to take this to a less-exotic location.
“Let's finish this at home, sugar,” she murmured against his
lips.

He responded by pulling on the ribbon
of satin tied right above her cleavage with slow and deliberate
intent. He looked into her eyes while his fingers continued their
decadent work, revealing more of her bare skin with each tug.
Jasmine's nipples tightened, heaviness filling her breasts at the
thought of those same fingers brushing against them.

Dark eyes flicked up. “You can't go
home dressed in this. Consider this my way of helping you
out.”

Her steady breathing grew more labored
as he unveiled her near nudity. Another shiver crossed her as he
pushed the soft straps from her shoulders, letting the entire
garment flutter to the floor. Left standing in her own panties,
growing wetter while her husband filled her mind with fantasies,
she could barely get the next sentence out. “Eleven minutes to get
home…six, if you floor it. We don't even have go to the
bedroom.”

“Such an awful long time to wait.”
Corin dipped his head low, kissing a trail of heat down the
sensitive curve of her neck. He cupped her breasts, lifting them to
meet his questing mouth. When his lips circled the delicate tip of
her nipple, she forgot what she'd been protesting. He crossed to
the other breast, his hot tongue laving a path of sensuality she
felt straight through her toes.

She walked her fingers over his strong
shoulders, reveling the way in which his movements made the muscles
flex. “We're going to get caught,” she murmured, no longer sure who
she was trying to convince.

The angelic part of her brain reminded
her of the other shoppers and salespeople milling around the store.
The little devil, however, the one enjoying the way Corin
alternately licked her nipples to heated points, strongly implied
the risk would be worth it.

The sound of women's laughter drifting
into the dressing room a moment later snagged and held Jasmine's
attention. She patted Corin's back, a signal he understood based on
the way his shoulders slumped with resignation. “Eleven minutes,”
he whispered. “You have an additional four to get dressed.
Otherwise I'm dragging you out in whatever you're wearing.” His
eyes twinkled with humor.

“No worries there. I can envision me
in a fireman's carry as you hustle us through the mall.” He’d do
it. No doubt.

“At least you know enough to take me
seriously,” he said. A quick kiss swiped over her lips. “Move
it.”

“You move it,” she called to his back.
Corin went to the door, cracking it open a sliver. He peered into
the gap. Jasmine smirked and said, “Go get the car. Let me just pay
for this, and I'll be out in a sec.”

With the grace of a warrior, he
slipped out of the dressing room, then pulled the door closed
behind him. Breath held, face scrunched, Jasmine waited for the
sounds of women’s shrieking or someone in a chest-pain panic as a
brute of a man strolled out of the area. When no general mayhem
became apparent, Jasmine scooped the discarded lingerie from the
carpeted floor. It only took a moment to then quickly dress in her
print top and knit pants.

If Corin said he'd be back in four
minutes, he meant exactly that. After their brush with death
because of the imaginings of a billionaire vampire with dominance
on his mind, Corin had tightened his protective circle around
Jasmine. Finally, months later—after a lot of work and a relatively
quiet existence—she'd gotten him to relax his stranglehold. No way
was she giving him a reason to start going all He-Man again. But
just because he allowed her a little breathing room didn’t mean she
didn’t relish more. Some days, she missed being a single woman, if
only it meant not having Corin worry and hover. Some days, his
attention threatened to drown her.

She hated that he remained constantly
at vigil, always looking at everyone and everything around them
with suspicion. He didn’t trust her to be near strangers and
trusted no one who came close. Made making friends difficult.
Making friends among vampires, even more impossible. She loved her
husband dearly, but for once, she wanted just a little
space!

Jasmine released an audible sigh,
blowing away the frustration. It didn't matter. Corin could be
nothing other than her big, strong protector, and she'd simply have
to let him.

After a final glance around the
dressing room, she grabbed the babydoll and her purse. The door
swung away easily, and when Jasmine stepped outside, a woman
hustling down the little corridor almost collided into her.
“Sorry,” Jasmine muttered.

“No,
I'm—
wait
. Are you
Jasmine Gerulaitis?” The woman's green eyes widened in
recognition.

Frowning, confused, Jasmine nodded.
“Do I know you?”

She didn't recognize the woman who
wore an expensive silk shirt and ankle-length skirt. Her blonde
hair had been pulled back, a tightly braided ponytail slung over
her shoulder. The brilliant diamond ring on her finger suggested
wealth while the blunt roundness of her fingernails spoke to a
hard-working life. “My name is Evelyn Mitchell. It took us a little
time, but I'm so glad we found you.”

The woman grinned, showing off
vampiric teeth. “The members of the House of Cruor. We weren't
certain it was you, but I volunteered to come ask. To find out if
you are really the woman who transformed without a
sire.”

Not this
again
. Evelyn thought Jasmine was some
sort of miracle. That she'd somehow become a vampire without the
blood of a sire.

Jasmine blew out a
frustrated breath. She and Corin had gone over this and over this,
again and again, yet a lot of people still refused to believe that
she'd
had
a
vampire sire. Just not in the usual, traditional sense. It was
quite possibly the only reason Corin had spared her life when
they'd first met.

Beneath the Soil by Fay Sampson
High Witch (High Witch Book 1) by Hanna, Mona
The Path of Decisions by Mike Shelton
What Would Kinky Do?: How to Unscrew a Screwed-Up World by Kinky Friedman
Christmas at Rosie Hopkins' Sweetshop by Jenny Colgan
Dia of the Dead by Brinson, Brit
Exiles by Cary Groner
The Perfect Scream by James Andrus
The Center of Everything by Laura Moriarty
Varken Rise by Tracy Cooper-Posey