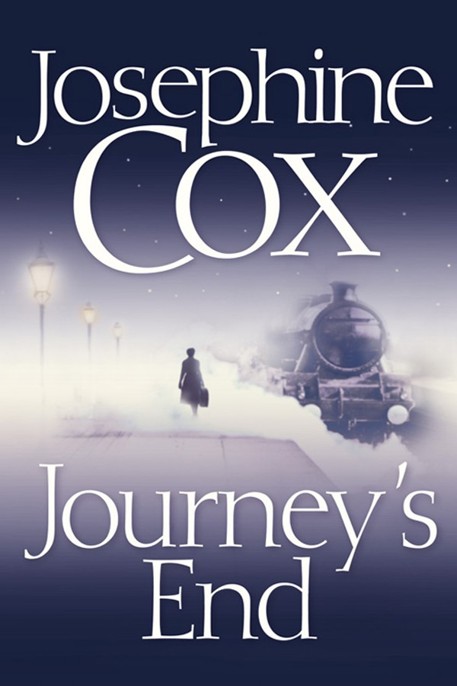 This book is for my Ken as always

S
HE WOKE WITH
a cry. It was the same dream as before – the same place, the same faces, the same jolt of terror; real in her dream, real in her life. Would it never leave her be?

The sweat dripping down her temples and her whole body trembling, she clambered out of bed and went to the window, where for a moment she stood, regaining her composure, collecting her senses.

Drawing back
the curtains, she peered into the darkness, thick and impenetrable, like the deepest recesses of her mind. Dismissing the nightmare, she returned to the question that tormented her.

‘Dear God, give me the courage to do what’s right,’ she prayed.

Maybe it would be better if the truth was never told. Yet that would be the coward’s way out, and she might be many things, but Lucy Baker was no coward.

She glanced at the clock; it was five minutes past three – another day beginning. Taking her robe from the back of the chair, she slipped into it and sat on the edge of the bed,
where she remained for a time. She sighed, a long, broken sigh. ‘Oh, my dearest Barney, my joy, my life.’ There was a murmuring of guilt, but never regret. ‘I loved you then, and I love you still.’

Barney had been her only true love, and it was a love all-consuming, all-powerful. There was no way to describe how much she missed him. No words. Only memories.

The smile slipped away and in its
place came a look of hatred.

‘Edward Trent …
monster
!’ Her mouth curled with loathing, she spat out his name as though it was tainted with poison. His wickedness had caused such pain; she would carry the burden of it for the rest of her days.

Lucy was no stranger to nightmares. A thousand times, she had awoken terrified
and sobbing, reliving the night when Edward Trent had kidnapped her little son Jamie, and caused him to drown.

In the sorrowful years that followed, Trent had haunted her every waking and sleeping hour. In the daytime she would be in the middle of a mundane task, like washing the dishes or drawing the curtains, and suddenly he was gnawing at her mind until she could hardly think straight. Then
at night came the dreams which left her breathless and shaking. Eventually, over the past twenty and more years, she had grown used to them. Like the hatred, they had become part of her life.

In the dreams it was always the same: the darkness, the water, and the chase … that unforgettable chase, ending in such horror.

This time though, the dream had been different. There was no frantic chase,
no rushing water as it tumbled downstream, tugging at her ankles and throwing her off-balance; there wasn’t even the soul-wrenching sound of her child crying. This dream was like nothing she had ever experienced.

She had seen only his face, that swarthy, handsome face, his mouth frozen in an easy smile. Unlike before, he was not threatening her, nor was he reaching out. There was only the smile.
And those mesmerising eyes, utterly chilling. And the silence – eerie, absolute.

‘Take a hold of yourself, Lucy,’ she said aloud. Grabbing the crumpled corner of the bedsheet, she wiped the sweat from her face. ‘It was just a dream.
He
can’t hurt you any more.’ So many times she had tried to convince herself of that. Even so, the fear never went away.

In the adjoining room,
in that lazy space between sleeping and waking, Mary lay in her bed and listened. She heard her mother open the curtains, and she heard her muffled footsteps as they paced the floor. The young woman did not attempt to go in: she knew that Lucy would not want that. Instead, for the next hour, she lay waiting, the only sound the ticking of the clock.

This was not the first time she had heard her
mother agitated, unable to sleep. The first time was many years ago, when she was just an infant. The sound of Lucy sobbing had disturbed her deeply. In her childish manner, Mary had gone to comfort her, but her mother sent her away. Since then, whenever she heard her mother weeping in the night, Mary would keep vigil, desperately hoping it would not be too long before her mother went back to sleep;
as she always did.

Mary had known there was some secret torment in her mother’s past; some fearful thing that touched all of their lives in some way – herself, her mother, and Adam, that dear kind man who had always been there to protect them.

Only recently, Adam had taken it upon himself to tell the truth of what happened all those years ago. In the telling, he had betrayed Lucy’s trust and
broken his vow to his old friend Barney. At the time he believed it was for the best. Now, he was not so sure.

Mary was shaken to her roots by the story he told. Even now it was not ended. There were others who had to know: the ones who had gone away; the ones who had never known the truth of Barney Davidson’s sacrifice.

In Mary’s far-off memories, she recalled her father, Barney, who had died
when she was a tiny girl. He had been a special kind of man, frail in body but powerful in spirit. She recalled how he would sit her on his knee and create magic through his vivid fairytales; he made her laugh with his comical mimicry, and sometimes when she woke crying, he would hold her up to the window and show her the stars and describe the beauty and wonder of the world they lived in. He told
her she must never be afraid, because there would always be someone looking over her.

She loved him so much, and then he was gone, and their lives were never the same again.

When she was satisfied that her mother had gone back to sleep, Mary turned over and relaxed. Tomorrow, there would be no mention of this night. Mother and daughter would smile and chat, and talk of everything else, and it
would be as though the nightmare had never happened. Because that was how Lucy wanted it.

B
Y HALF PAST
eight, Lucy was out of her bed, washed and dressed and sprucing herself in the mirror. ‘Not bad for an old ’un, if I say so myself!’ Laying down the hairbrush, she ran her two hands through her short cap of greying hair, teased out a few stray curls and thought how, if it wasn’t for the occasional lapse of memory and the age spots on the back of her hands, she could maybe
pass for a young thing of fifty.

Sighing wistfully, she shook her head. ‘Wish all you like, my girl,’ she chided herself. ‘It won’t change the fact that you’re past your prime, so stop fancying yourself in the mirror. Before you know it, the doctor will be here,’ she frowned, ‘not that you need him, because you don’t – but it makes him feel wanted, so shift yourself, and be quick about it.’

She observed her image in the mirror. She did her best to keep what was left of her looks, but had not yet regained her strength since stumbling in the local churchyard a couple of years ago. The incident seemed to have sparked off a form of arthritis, but this was what you expected, wasn’t it, at her age. You had to slow down, whether you wanted to, or not.

She gazed critically on herself; the
skin was not as glowing as it used to be, and there appeared to be more of it which hung in little loose swathes round her neck, and there were lines round her eyes and mouth. But the small straight nose and heart-shaped face were still pretty, and the blue eyes as bright as ever. She had never been a beauty, that much was true, but she’d been better off than most women because, even though it was
for a cruelly short time, she had had the love of a man like Barney Davidson.

Thoughts of her beloved overwhelmed her. She knew that Barney had never loved her as he had loved his wife, Vicky. In the end, Lucy may have filled his heart, but it was only ever Vicky who filled his soul.

Lifting the photograph from the dresser, she gazed down on herself and Barney, and the infant girl in his arms.
It was a cherished picture, taken only a few months before Barney was lost to her, and even then, when the illness ravaged him, the goodness of the man, and his absolute joy of life shone out of his face – still a handsome face for all that.

Lucy choked back a sob. They had had so little time together, yet she thanked God for every second. They had shared everything – the anguish of seeing his
wife and children leave him; the guilt and tears afterwards; the companionship between him and Lucy that grew into a kind of loving contentment, then the sheer joy and pride when Mary was born to them.

Through all the ups and downs of every passing day, they never forgot the others: Leonard Maitland, a man who had gone away knowing the truth, even though it meant he would never again have peace
of mind, and Vicky and the children who had sailed with him, estranged from Barney and in total ignorance of the price he had paid for their new lives in America.

Lucy recalled the day when they left. ‘There was no other way, Barney,’ she murmured now. ‘No other way …’

The loud spluttering of a car engine brought her hurrying to the window. ‘Adam!’ The brightness of a spring day was startling,
and the skies above were blue and cloudless. For late March, it was unusually warm. ‘Adam, what’s going on?’ she called down.

Covered in muck and oil, Adam was standing before the car in the drive of Knudsden House. He had the bonnet up and the starter-handle lodged into position.

‘The damned thing’s been playing up again,’ he called back, ‘and now it’s completely given up the ghost. I’ve done
what I can, but I reckon she’ll need a new engine.’ Diving his head under the bonnet again, he fiddled with a few nuts and bolts, before returning to swing the handle for the umpteenth time. There was a shuddering and a spluttering, and a shout of victory when he thought he’d done the trick, but then the engine fell silent again. ‘It’s no good.’ Defeated, he gave a shake of the head. ‘There’s no
spark at all now.’

Lucy shouted down: ‘Leave it! Come inside … Come on.’

His heart warmed by the invitation, Adam waved up to her. ‘I’ll be there in a minute.’

Closing the window, Lucy smiled to herself. No spark, eh? She hoped the day never came when they said that about her! Life might be a bit more of a challenge these days and her health was not as robust as she would have liked, but by
God, she wasn’t done yet. Not by any means!