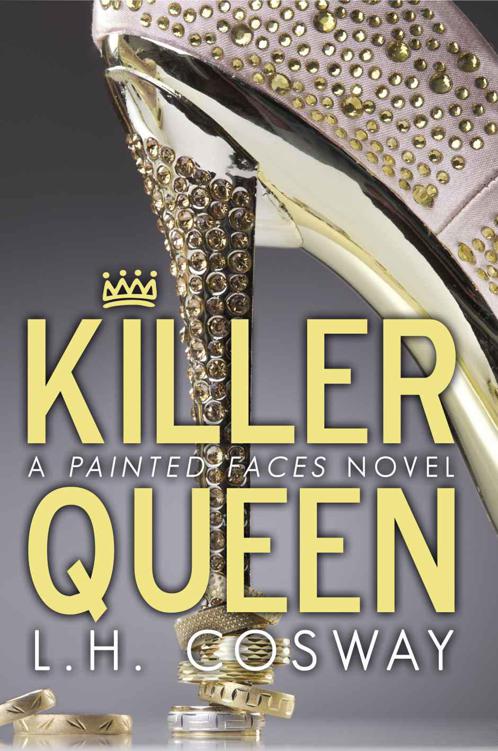 This is a work
of fiction. Any resemblance to persons living or dead is purely coincidental.
No part of this book may be used or reproduced in any manner whatsoever without
written permission from the author.

The Nature of Cruelty

The
Hooker & the Hermit
(Collaboration with
Penny Reid, coming Feb. 2015)

If
you’d like to discover the songs accompanying each of Nicholas’ diary entries,
you can find the playlist here:

For
everyone who adored Fred & Viv. I wrote this for you.

A
Note from Nicholas

Ever since I can remember I’ve had some
very grand ideas about myself, and therefore, every now and again, I would
record my important life moments in a diary. The diary itself is made of
expensive worn brown leather, which I like to think adds a sense of grandeur
and importance. Never let it be said that I’m not partial to a slice of
pretension pie.

Often I’ll hear a
soundtrack for these moments, like a movie, if you will. (Do not roll your
eyes. I know for a fact that each and every one of you has, at some point or
another, sat in the back seat of a car while the scenery rolled past, the radio
on, imagining you were the hero/heroine in the opening scene to the movie of
your very own life story.) My point is, I like to attribute songs to my diary
entries. It helps set the tone. Sometimes I imagine I’m writing to an adoring
audience of thousands. Other times…well, let’s just say I may have a penchant
for thinking of David Bowie in
Labyrinth
as my
agony aunt.

The other day I came
across the diary after having abandoned her some months ago and began scrolling
through the pages, alternately cringing and smiling fondly at times gone by.
Extreme highs, earth-shattering lows — I’ve had them all. My existence has been
champagne and dirt. I’ve built a career around donning costumes and transforming
into another person, and my life as Vivica Blue has certainly been an eventful
one.

I want to share these
moments with you all. I’m exposing my flaws and my mistakes, because you are my
audience, and I, a humble drag queen on the stage, singing my messed-up little
heart out in the hopes of making you feel something, anything, if only for a
moment.

So I guess I’ll see you
on the other side for a glass of champers and a slice of chocolate cake. (God
knows we’ll all need it.)

When I was little, I used to stare at my
mother a lot. I thought she was a beautiful princess, and she fascinated me.
Last night I was remembering her and what little she managed to teach me before
she was gone. I was about to walk onto a stage for the very first time, and I
was terrified.

My hands shook as I
stared at myself in the mirror. I wore a burgundy dress, black heels, and a
long dark wig. I had been experimenting with makeup for years, so my face was
perfect. Red lips, smoky eyes, false lashes.

“The key to looking
good to an audience, Nicholas, is to over-emphasise everything,” Mum had told
me as I lay on her bed, my chin resting in my hands. I couldn’t have been more
than five or six years old. She sat by her dressing table, turning her face
from side to side as she studied her reflection in the mirror.

“You want them to be
able to
see
you, especially your eyes. The eyes are the most important
feature when trying to convey a feeling. It’s where people look the most.” She
swept a long, perfect black line over her upper eyelid, ending with a graceful
flick of her wrist. I stared, taking it all in as she did the same on the other
eye. “Lining the eyes with black makes them pop,” she said, smacking her lips
on the “p” and smiling at me through the mirror. “Especially when you were
blessed with icy blues like you and I have been.” She gave me a wink.

I revelled in the
affection in her gaze.

She hummed in the back
of her throat and began doing scales. I could hear Dad downstairs, pottering
around as he searched for his car keys. Mum had a show tonight, and Dad was
supposed to be taking her while Granny Turner babysat me. I didn’t want to stay
with Granny Turner — I wanted to go and watch Mum sing on stage. She performed
at a jazz club in the city a couple of nights a week, but I was never allowed
to go.

She picked up a blusher
brush, tapped it into some red powder, and then dabbed a touch onto either
cheek. “A hint of rouge highlights the cheekbones and breaks up the pallor. You
and I are alabaster, Nicholas. We need blusher to bring out our rosy cheeks,”
she said and turned around, dabbing some playfully onto the end of my nose. I
giggled and moved away, scrunching up my face.

Even before she passed,
I was always a little enthralled by Mum’s things. I loved to fiddle with her
jewellery, sniff at her perfume, and meddle with her makeup. I think she sensed
the allure it all held for me, because she was always very accommodating in
explaining what everything was for.

“Now, lipstick can be
tricky,” she went on. “Especially when using a bright colour, like this red I
have here.” She twisted the end of the lipstick, the red part popping out, and
held it up to show me. I leaned closer, trying to make out the words on the end
of the label. I had only just started learning to read, so I spelled out the
letters first.

“It’s cherry, my dear,
like you get on the top of an ice cream sundae.”

“Cherry,” I repeated as
she brought it to her lips.

“It’s best to dab on a
light layer, press the lips together, and then do another if you want to go
darker,” she told me, and I nodded along. She had my rapt attention.

“Dolores, we need to
get going,” Dad called impatiently from downstairs. I frowned. I didn’t want
her to leave yet.

Mum shook her head.
“Oh, Nicholas, I’m eternally late. It’s an unfortunate illness.” She set the
lipstick down, picked up her perfume and spritzed her neck and wrists, then
pulled out the clip that had been holding her curls in place. They fell
prettily over her shoulders. Quickly, she took off her robe and shimmied into a
shiny dark blue dress.

I stared at her,
starry-eyed, as she gave her reflection one last inspection in the mirror.
“Well, how do I look?”

“You look….” I screwed
up my mouth thoughtfully before using my new favourite word. “Marvellous.”

She smiled even wider
then, picked me up, and cuddled me tight before setting me back down. She
kissed me on the cheek and said, “You’ll be good for your granny, won’t you,
Nicholas?”

She left then, and I
went to sit in her spot by the dressing table. When I saw my reflection, I was
fascinated to find a lipstick kiss on my cheek. I put my hand to it, and my
fingertips came away red. I rubbed the substance between my thumb and
forefinger curiously.

Little did I know back
then that my curiosity, paired with my devout love of my mother, would lead me
down a strange, seldom chosen path.

Back to the present. I
pressed my lips together anxiously. Strangely, I’d picked a cherry shade for my
show tonight. I peeked out from the side of the stage to find the club was
packed. My heart thrummed in my chest as I took deep breaths in an effort to
calm my nerves. Another drag queen who hosted the club gave me a quick look up
and down, and then stepped past me. She knew I was the eighteen-year-old Kiwi
who barely spoke a word of French, so she didn’t bother to make conversation
with me. Then she strutted out onto the stage and started to introduce me. I
plastered a smile on my face and walked out once she was done, all bravado and
false confidence.

In time with the piano
on the cheap backing track I was using, I launched straight into my first
number, “Killer Queen.” I reeled when the audience cheered. I had nothing to
worry about. They didn’t throw beer bottles at me or shout insults like I’d
anticipated. Their appreciation filled me with a glorious sense of purpose, and
I thought to myself that no matter how bizarre or twisted my reasons for doing
this, I had found my calling.

Executive Affair by Ber Carroll
Standing Before Monsters (Vorans and Vampires) by Donald Wigboldy
A Dragonlings' Easter (Dragon Lords of Valdier 6.5) by Smith, S. E.
Liv's Journey by Patricia Green
Locking You (The Boston Kirkpatrick's #2) by S. Donahue
Alector's Choice by L. E. Modesitt
I Come as a Theif by Louis Auchincloss
Hell Rig by J. E. Gurley
The New New Thing: A Silicon Valley Story by Lewis, Michael
Your Dimension Or Mine? by Cynthia Kimball