“And nothing was heard of the plane afterwards?”

“Not a word or a rumor, or of its four passengers either. I verified, however, that it was capable of climbing high enough to cross the ranges. I also tried to trace that fellow Barnard, but I found his past history so mysterious that I wouldn’t be at all surprised if he really were Chalmers Bryant, as Conway said. After all, Bryant’s complete disappearance in the midst of the big hue and cry was rather amazing.”

“Did you try to find anything about the actual kidnapper?”

“I did. But again it was hopeless. The Air Force man whom the fellow had knocked out and impersonated had since been killed, so one promising line of enquiry was closed. I even wrote to a friend of mine in America who runs an aviation school, asking if he had had any Tibetan pupils lately, but his reply was prompt and disappointing. He said he couldn’t differentiate Tibetans from Chinese, and he had had about fifty of the latter—all training to fight the Japs. Not much chance there, you see. But I did make one rather quaint discovery—and which I could have made just as easily without leaving London. There was a German professor at Jena about the middle of the last century who took to globe-trotting and visited Tibet in 1887. He never came back, and there was some story about him having been drowned in fording a river. His name was Friedrich Meister.”

“Yes—though it may only have been coincidence. It doesn’t prove the whole story, by any means, because the Jena fellow was born in 1845. Nothing very exciting about that.”

“Did you succeed in tracing any of the others?”

“No. It’s a pity I hadn’t a longer list to work on, I couldn’t find any record of a pupil of Chopin’s called Briac, though of course that doesn’t prove that there wasn’t one. Conway was pretty sparing with his names, when you come to think about it—out of fifty odd lamas supposed to be on the premises he only gave us one or two. Perrault and Henschell, by the way, proved equally impossible to trace.”

“How about Mallinson?” I asked. “Did you try to find out what happened to him? And that girl—the Chinese girl?”

“My dear fellow, of course I did. The awkward part was, as you perhaps gathered from the manuscript, that Conway’s story ended at the moment of leaving the valley with the porters. After that he either couldn’t or wouldn’t tell what happened—perhaps he might have done, mind you, if there’d been more time. I feel that we can guess at some sort of tragedy. The hardships of the journey would be perfectly appalling, apart from the risk of brigandage or even treachery among their own escorting party. Probably we shall never know exactly what did occur, but it seems tolerably certain that Mallinson never reached China. I made all sorts of enquiries, you know. First of all I tried to trace details of books, et cetera, sent in large consignments across the Tibetan frontier, but at all the likely places, such as Shanghai and Pekin, I drew complete blanks. That, of course, doesn’t count for much, since the lamas would doubtless see that their methods of importation were kept secret. Then I tried at Tatsien-Fu. It’s a weird place, a sort of world’s-end market town, deuced difficult to get at, where the Chinese coolies from Yunnan transfer their loads of tea to the Tibetans. You can read about it in my new book when it comes out. Europeans don’t often get as far. I found the people quite civil and courteous, but there was absolutely no record of Conway’s party arriving at all.”

“So how Conway himself reached Chung-Kiang is still unexplained?”

“The only conclusion is that he wandered there, just as he might have wandered anywhere else. Anyhow, we’re back in the realm of hard facts when we get to Chung-Kiang, that’s something. The nuns at the mission hospital were genuine enough, and so, for that matter, was Sieveking’s excitement on the ship when Conway played that pseudo-Chopin.” Rutherford paused and then added reflectively: “It’s really an exercise in the balancing of probabilities, and I must say the scales don’t bump very emphatically either way. Of course if you don’t accept Conway’s story, it means that you doubt either his veracity or his sanity—one may as well be frank.”

He paused again, as if inviting a comment, and I said: “As you know, I never saw him after the War, but people said he was a good deal changed by it.”

Rutherford answered: “Yes, and he was, there’s no denying the fact. You can’t subject a mere boy to three years of intense physical and emotional stress without tearing something to tatters. People would say, I suppose, that he came through without a scratch. But the scratches were there—on the inside.”

We talked for a little time about the War and its effects on various people, and at length he went on: “But there’s just one more point that I must mention—and perhaps in some ways the oddest of all. It came out during my enquiries at the mission. They all did their best for me there, as you can guess, but they couldn’t recollect much, especially as they’d been so busy with a fever epidemic at the time. One of the questions I put was about the manner Conway had reached the hospital first of all—whether he had presented himself alone, or had been found ill and been taken there by some one else. They couldn’t exactly remember—after all, it was a long while back—but suddenly, when I was on the point of giving up the cross-examination, one of the nuns remarked quite casually, ‘I think the doctor said he was brought here by a woman.’ That was all she could tell me, and as the doctor himself had left the mission, there was no confirmation to be had on the spot.

“But having got so far, I wasn’t in any mood to give up. It appeared that the doctor had gone to a bigger hospital in Shanghai, so I took the trouble to get his address and call on him there. It was just after the Jap air-raiding, and things were pretty grim. I’d met the man before during my first visit to Chung-Kiang, and he was very polite, though terribly overworked—yes, terribly’s the word, for, believe me, the air-raids on London by the Germans were just nothing to what the Japs did to the native parts of Shanghai. Oh, yes, he said instantly, he remembered the case of the Englishman who had lost his memory. Was it true he had been brought to the mission hospital by a woman? I asked. Oh, yes, certainly, by a woman, a Chinese woman. Did he remember anything about her? Nothing, he answered, except that she had been ill of the fever herself, and had died almost immediately .… Just then there was an interruption—a batch of wounded were carried in and packed on stretchers in the corridors—the wards were all full—and I didn’t care to go on taking up the man’s time, especially as the thudding of the guns at Woosung was a reminder that he would still have plenty to do. When he came back to me, looking quite cheerful even amidst such ghastliness, I just asked him one final question, and I dare say you can guess what it was. ‘About that Chinese woman,’ I said. ‘Was she young?’

Rutherford flicked his cigar as if the narration had excited him quite as much as he hoped it had me. Continuing, he said: “The little fellow looked at me solemnly for a moment, and then answered in that funny clipped English that the educated Chinese have—‘Oh, no, she was most old—most old of any one I have ever seen.’”

We sat for a long time in silence, and then talked again of Conway as I remembered him, boyish and gifted and full of charm, and of the War that had altered him, and of so many mysteries of time and age and of the mind, and of the little Manchu who had been “most old,” and of the strange ultimate dream of Blue Moon. “Do you think he will ever find it?” I asked.

All rights reserved under International and Pan-American Copyright Conventions. By payment of the required fees, you have been granted the non-exclusive, non-transferable right to access and read the text of this ebook onscreen. No part of this text may be reproduced, transmitted, downloaded, decompiled, reverse engineered, or stored in or introduced into any information storage and retrieval system, in any form or by any means, whether electronic or mechanical, now known or hereinafter invented, without the express written permission of the publisher.

This is a work of fiction. Names, characters, places, and incidents either are the product of the author’s imagination or are used fictitiously. Any resemblance to actual persons, living or dead, businesses, companies, events, or locales is entirely coincidental.

This edition published in 2011 by Open Road Integrated Media 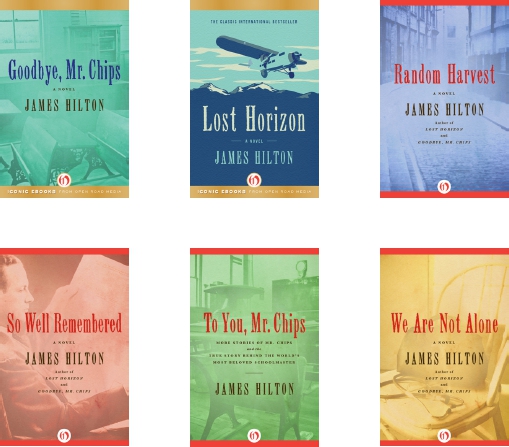 Available wherever ebooks are sold

FIND OUT MORE AT
WWW.OPENROADMEDIA.COM

Sign up for the Open Road Media newsletter and get news delivered straight to your inbox.

The Good Doctor by Paul Butler
The City Who Fought by Anne McCaffrey, S. M. Stirling
The Four Books by Yan Lianke
What If I'm Pregnant...? by Carla Cassidy
Fairies and Felicitations (Scholars and Sorcery) by Eleanor Beresford
Victory at Yorktown by Richard M. Ketchum
What If ... Your Past Came Back to Haunt You by Liz Ruckdeschel
The Seduction 2 by Roxy Sloane
Broken Horse by Bonnie Bryant
Lakota Princess by Karen Kay