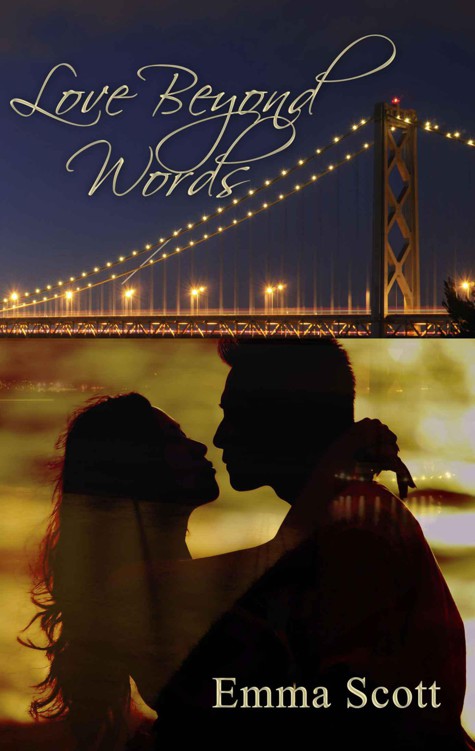 Book One of the City Lights Series

A huge thanks to the members of the Clyde critique group for their invaluable input: Susannah Clare Carlson, Andrew MacRae, Scot Friesen, Susan Bickford, Karla Keasey Rogers, and Vishal Moondrah. Special thanks to Anne Maclachlan for editorial (and moral) support; Elon Kaiserman for police procedural details; and Erin Thomasson Cannon for her invaluable help with the accounting/financial aspects contained herein, though any and all mistakes are mine. Lastly, a very heartfelt thanks to my advance readers for their time and honesty.

This is a work of fiction. Names, characters, events, places and incidents are either the products of the author’s imagination or used in a fictitious manner. Any resemblance to actual persons, living or dead, or actual events is purely coincidental.

For my husband, whose help, support, and encouragement made this book possible.

“What’s your name?” the girl asked.

Javier tossed a pebble into the stream. “Why do you want to know?”

--Above
, by Rafael Melendez Mendón

The café was empty. Silent. Natalie Hewitt sat alone on her perch behind the register, a book in her hand. She guessed it had been more than an hour since she’d served anyone. The coppery light of dusk streamed in from the front windows to spill over the hardwood floors as it had all afternoon; an uncharacteristically warm day for San Francisco, even in July. Her neighborhood customers were probably at Golden Gate Park, taking advantage. Even the street was empty but for the occasional Muni train screeching past.

Inside Niko’s Café the silence was persistent; a silence made for reading if ever one was. Natalie had already arranged the muffins and croissants, swept the floors, and wiped down the wooden tables so that she could perch on a stool with her book, guilt-free.

She wished she’d brought something more enthralling than the dime-a-dozen thriller. It was the sort of book she bided her time with until an author she adored came out with something new. Rafael Melendez Mendón’s latest was due in less than three weeks. Just in time, she thought, for her twenty-third birthday.

The thought made her giddy.

She could almost feel the weight of a new Mendón book in her hand; hear the pages turn—rapidly, as she devoured them like a starving woman. And the words... She shivered at the possibilities, wondering what new world, new refuge Mendón would open for her this time. What collection of perfectly chosen words would he drape across the page for her to cry over, and become lost in? She sighed. Three weeks seemed an eternity.

The bell above the door jingled, shattering the quiet, pulling her out of her book. A young man walked in.

She noticed his eyes first. Virtually impossible not to. They were a vibrant crystal blue; the blue of topaz gemstones, or the waters off a Caribbean island. She watched him approach, her breath catching in her throat though she couldn’t fathom why. A voice screamed from the back of her mind,
Why? Look at him!

Natalie did. It was very easy to look at him. Loose curls of black hair fell across his forehead, and came just below his ears. His dusky skin was smattered with the more-than-a-goatee-not-quite-a-beard facial hair that was the popular men’s style. He wore a pair of jeans and a cream-colored t-shirt, both elegant despite their simple cut, both obviously tailored; they fit his tall frame perfectly. He looked perfectly put together, but for a curl of hair that stuck to his forehead in the heat. In Natalie’s mind, that imperfection made his beauty less intimidating. As did his smile that was nothing short of brilliant.

“Hello. A large coffee, please. Iced,” he said in a smooth and low voice, tinged with an accent she couldn’t place.

She managed a flicker of a smile. Those eyes…ridiculously, brilliantly blue, like… “Windex,” she murmured.

Natalie blushed to the roots of her hair. “Nothing,” she mumbled and hurried to fix his coffee.

While she scooped ice into a glass, the young man glanced about the little café with an interest that, after three years, Natalie had long since lost. Dusk’s honeyed light slanted over the simple wooden furniture. Adjacent to the front door, there was an oriel window with a table and two chairs tucked against it, offering close up views of the empty sidewalk on the other side. Natalie thought the young man’s gaze lingered there, then he turned back to her, smiling shyly.

Your imagination,
she told herself.
There is no way a man that good-looking could be shy. Impossible.

She set the tall glass of iced coffee on the counter. “Dollar fifty-five, please.”

“Oh, I’m terribly sorry, but I need this to-go,” the man said. “My apologies. I should have told you.”

“No, no, my fault. I should have asked.” Natalie rummaged for a clear plastic take-out cup and poured his drink into it.

“I didn’t realize anyone served coffee in real mugs or glasses anymore.”

“Most places don’t. Niko, my boss, thinks it’s rude to give to-go cups unless the customer is actually
going
.” Natalie peeked up at him. “He wants people to feel welcome and…um, encourages them to stay.”

“I like that.” The young man smiled again, wider this time. It lit up his face in a way that made Natalie’s heart stutter. He laid two dollars on the counter. “Thank you.”

She rang up his change and put it into his hand. Her curled fingers touched his for the briefest of moments as they often did with customers. Unlike with any other customer, Natalie’s fingertips tingled from the warmth of his skin long after he’d withdrawn to drop the coins into her tip jar.
You’re being ridiculous,
she chided herself
. So he’s a handsome man. Get over it.
But ‘handsome’ didn’t begin to cover it, nor explain the strange yearning she felt. A vague desire to…what? Talk to him?
Touch
him? But he was leaving.

“All right.” He raised his coffee. “Thanks again.”

He turned to go and then stopped. “You know…”

“Yes?” Natalie cringed at how high and tight her voiced sounded.

“Perhaps I’ll take something to eat as well. Do you have any recommendations?”

Natalie ducked behind the display case. “The banana muffins are good. Or we have some pumpkin bread left. What…um, what are you in the mood for?” Their eyes met through the glass and Natalie sought refuge in the croissants. “These are nice. Fresh today.”

“Sure thing,” Natalie said. It was the third time he’d thanked her. She bagged the pastry and then moved to ring it up.

“You too,” she murmured, and her words were drowned by the dinging cash register.

“I said, you too. It’s uh, nice to meet you too.” Natalie bit her lip. Customers didn’t typically introduce themselves to her; she fought for something to say. “Is it Russian?” she blurted.

“Your name.” She prayed he didn’t see the blood flood her cheeks. “I mean, it sounds Russian.”

He didn’t look Eastern European and his accent sounded Spanish or maybe Italian. Natalie managed to keep these observations to herself, but struggled to come up with something better to say instead.

“It’s all right. I get that all the time. A common mistake,” Julian said, obviously mistaking her silence for irritation at being corrected.

Natalie waved her hands. “No, no, I wouldn’t know. I mean…it’s a nice name.” She thought that if the ground opened up and swallowed her she’d consider it a mercy killing.

Julian smiled again. He wasn’t just handsome or good-looking, he was beautiful. With reluctance, Natalie handed him the pastry bag.

“Good bye, Julian.” She loved the sound of his name on her lips. A smart, sexy name, she thought, that suited him perfectly.

“Have a nice evening,” he said.

Natalie battled her shyness, fought for something to say, or the courage to simply call him back and see what happened next. She leaned forward, opened her mouth, and…he was gone. The bell above the door tolled his departure. Natalie watched him cross the street; her gaze stuck on him. A bus trundled past, obscuring him completely, and when it was gone, so was he. Vanished, like a ghost or a mirage.