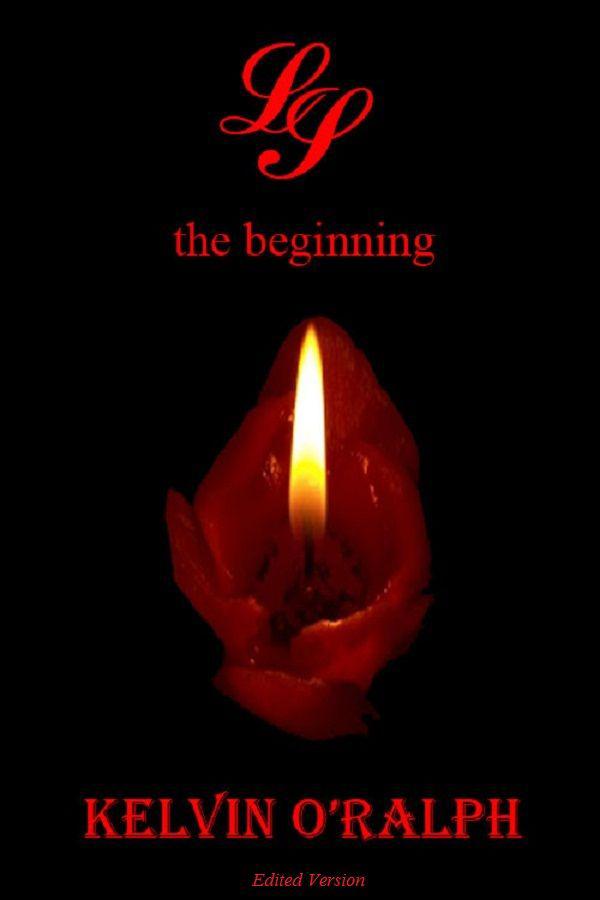 To that special someone. I hope one day when we

meet you'll be worthy of the sacrifice.

I understood the term change as a constant factor, but not a specific one. However, I'd encountered a peculiar change no one could imagine. The best part of it all: I wasn't alone while undergoing this ordeal. She was with me.

For unknown reasons, she ceased to exist inside of me. It was impossible; my senses never lied. Where in the world could she be? I stood in my room, wandering. My lonely heart throbbed and my skin grew pallid as I paced back and forth.

Soon I ran out of options, and was left to rely on my cold heart to lead the way – and it did. There she was, lying in the middle of the school's court. As I inched closer, I noticed her skin looked pale and cold, which meant only one thing: death.

All I could think of was to avenge her death, but before I reached to examine her iced body, her killer walked in.

The Day I Arrived

It's
amazing how one decision can change our lives completely. The question is, are we ready to live with that change? My name is Stephen Wilson an
d this is where the story begins.

After spending my freshman year at a university in Nigeria, it was time to say goodbye to everyone I grew up with and say hello to a new world, Sloutenville. Some would think this was a sad thing to do, but I actually felt good about it. Why was I leaving Nigeria? Hmm, I guess I had overstayed my welcome.

My flight lasted for over twelve hours, and when I arrived at my final destination a sigh of relief burst from my mouth. Approaching the arrival concourse, I noticed it looked sparse; the chairs were empty and there was hardly anyone riding the escalator. Maybe it was because of the timing; my plane had landed exactly 2: 22am.

The few people around seemed to know where they were going or who they were going to meet, except me. I didn't feel lost, but then I wasn't comfortable. I stood near an information screen, stretching my legs and waiting for the person who was supposed to meet me, dragging my suitcase in one hand with my phone in the other.

After a short while, a man called,
“Mr. Wilson.”

This must be my ride,
my subconscious said, because no one other than my relatives knew me in Sloutenville. The man was dressed like a chauffeur; the black suit, military-like cap and a pair of Ray-Ban’s. He raised his hand, indicating he was the one calling as if I couldn't see, especially with the few people hovering around and the spacious concourse.

As I moved forward, he did the same. One thing I couldn't understand though was why he was wearing his shades indoors, this was just the beginning of the strange things I would witness. At that moment, I guessed it was an American thing.

“Hello, my name’s Tony, your aunt's driver,” he said, stretching out his hand.

I placed my cell phone in my pants' pocket and shook his hand.

"How was your flight, Stephen?" he asked.

“Please, this way,” he said. He took my suitcase and motioned to the exit.

As we arrived outside the airport, the cold breeze of Sloutenville gusted over my brown skin. I shuddered, zipping up my jacket. I wasn't really close friends with the cold weather; most people said I hated it because my body temperature was no different. Well, they were right about my body temperature, but not the reason for the hatred. I just hated the cold. I’d learned that Sloutenville was a cold city. Certainly, this wasn't pleasant news to come across. However, my parents had promised I’d my love new city. My mom's exact words were: 'You won’t want to come back once you get there.'

While in the car, I sent a text message to my mom letting her know I was safe and heading to my aunt's place. My aunt, Susan Ford, was the only relative whose family I'd ever seen with the exception of my parents; the rest were only talked about. It’s weird, right? Well, Susan is married to a rich FBI agent and they were blessed with two kids: a boy and a girl.

“Welcome to Sloutenville, Stephen. We are headed for your house,” Tony said.

I flinched as his last two words as I repeated them in my head. He couldn't have been referring to an entire house as mine.
Maybe the jet lag from the flight affected my hearing
, my subconscious consoled.

Shortly, we arrived in front of a black gate and as the driver sounded the horn, the gate automatically opened. My eyes popped out of their sockets as I leaned forward to get a glimpse of such technology, though I would have known if such a technology exists if I was a huge fan of gadgets.  Apparently, the gate didn't need the help of a human being.
Impressive,
I thought.

The minute my eyes caught sight of the building, my pulse surged. It looked magnificent; the shiny white walls and the glass wall on the first floor really jumped out at me. The entire estate was lit with lamp stands at every few meters
of
the compound. The lawn was decorated in a triangular pattern, and inside the triangle was a statue of an eagle with water erupting from its mouth and into the huge sculpted bowl surrounding it.
What an estate!
I thought.

The car pulled to a stop. I climbed out and went to retrieve my suitcase, Tony intercepted me. “No sir, leave it for me.” I hesitated looking at the suitcase and then at him, but eventually followed his request.

Although my parents were rich, the treatment I was receiving was like opening the first chapter of a best-selling book: full of intrigue and expectation.

Before I reached the front door, it flew open and there stood Susan. Her eyes were bright and her cheeks slightly lifted. I noticed the creases on her forehead and a worn out expression on her flushed cheeks. I raced to her and wrapped my arms around her. She deserved it, at least for accommodating me in such a wonderful house.

Released from my embrace, she said, “Look at my boy, you've really grown.”

“It was okay; a bit tiring, but okay," I responded.

Now it was time to find out if the driver knew his pronouns, but there was no sign Susan was going to tell me. So, I was forced to ask.

“Aunt Susan, the eagle in the garden is lovely,” I commented.

She gave a subtle smile and looked around the lobby, where we stood.

Those few words hit me like a freight train. I could hardly breathe as I stared at the white curved staircase some feet in front me; my hands folded across chest. My parents had told me that a surprise would be waiting for me, and I was expecting to see a new phone or computer game, but
Oh My Gosh
a
house
!!!

“Honey, your parents and I want the best for you. Besides, it’s your parents’ home. We just did a bit of redecoration.”

I turned to look at her.

“I don't know what to say, Aunt Susan. This is so overwhelming. I have an entire house to myself. I know it is family house, but you could have made me enter the university dorms.”

She chuckled. “You're welcome, dear. Your parents' didn't like the idea of you living in the dormitories."

I smiled and gave a stiff nod, still bewildered about the entire situation. Susan led me to the nearest room. She glanced back to look at me as we entered the room.

“This is your lounge,” said Susan.

“Wow, it's beautiful,” I commented.

Indeed, the room was very beautiful; an indoor waterfall gushed beside the white sofas. Just above the electric fire place was a huge flat screen. As my eyes adjusted and glided around the room, I noticed the sound system that was fixed to the four corners of the room. The walls where white and spotless – just the way I liked it. The black marble floor gave the place a sophisticated look. All I could think of in that instant was,
this is mine.

We continued our tour round the house, taking the curved staircase and arriving at a room with a distinctive touch of white and sky blue. I paused looking at the room. The décor was amazing; it made my jaw drop.

“You guys didn’t have to all this trouble,” I said.

“Dear, we know you can change anything that’s not your taste.”

“Color, you mean?” I partially agreed. “But this is amazing.”

I inspected every inch of the room, noticing the huge bed with sky blue sheets. On the other side of the room was a reading table that resembled an office desk, with a MacBook placed on top of it. There was a glass wall one side of the room. I call it the ‘floor to ceiling windows’. I motioned t
owards it and noticed it was the same wall I'd seen from the outside. However, the aspect I loved most was the gigantic volume of the room. I mean, one could play football inside the room.
No Kidding.

Susan gestured towards one of the inner doors, and I strode to open it. Lo and behold! It was my very own closet. It was filled with pants, jeans, shoes, shirts and T-shirts, caps and so on – my dream closet. I couldn’t get a hand on how Susan knew.

I came out and hugged her the second time, still drinking in m new room. I could hardly comprehend this change; my hands were already sweaty and shaky.

“Thank you so much,” I said again.

The surprises were becoming overwhelming.
What could possibly be next?
I wondered as I ran ahead of her, hoping to find out. Getting outside, I saw something covered with a faded white cloth. I recognized the silhouette to be that of a car. The weird bit of it all was that it wasn’t there when I entered the house – or maybe I didn’t see it.

I moved forward and removed the faded cloth and beneath was a white Audi. I stood still, trying to catch my breath. My heart throbbed with every heartbeat. It was hard to fathom. Stephen Wilson, the owner of the hottest, newest, top of the range Audi.

I ran to where Susan had waited watching me discover my surprise, and gave her a third hug which lasted for several minutes. The feeling of owning such a car was awesome. How many aunts could give their nephews a car as welcoming gift? Susan was an angel sent from above.

Sally by Freya North
Delayed Penalty by Stahl, Shey
Blood Rites by Jim Butcher
Hammer Head: The Making of a Carpenter by Nina MacLaughlin
Strawberry Tartlets and a Dead Starlet by A. Gardner
Shaking the Nickel Bush by Ralph Moody
Act Like a Success, Think Like a Success: Discovering Your Gift and the Way to Life's Riches by Harvey, Steve
The Sapporo Outbreak by Craighead, Brian
Cowboy Tough by Joanne Kennedy
Ransom by Lee Rowan