Asterix and his friend Obelix had just come to the Forest of the Carnutes when I was jolted back to the world by Myko yelling for me. I rose to my knees and looked around. It was darker now; I hadn’t even realized I’d been pushing my nose closer and closer to the pages as the light had drained away. There were drops of rain hitting the window and I thought about what it would be like running through those dark cold scary streets and getting rained on too.

I scrambled to my feet and grabbed up my book, gripping it to my chest as I ran. It was even darker when I reached the central room. Myko and Sunny were having a fight when I got there. She was crying. I stopped, astounded to see she’d pulled her skirt off and stuffed it full of books, and she was sitting there with her legs bare to her underpants.

“We have to travel light and they’re too heavy,” Myko was telling her. “You can’t take all those!”

“I have to,” she said. “We
need
these books!” She got to her feet and hefted the skirt.
The Olive Fairy Book
fell out. I looked over and saw she’d taken all the colored fairy books. Myko bent down impatiently and grabbed up
The Olive Fairy Book.
He looked at it.

“It’s stupid,” he said. “Who needs a book about an olive fairy?”

“You moron, it’s not
about
an olive fairy!” Sunny shrieked. “It’s got all kinds of stories in it! Look!” She grabbed it back from him and opened it and shoved it out again for him to see. I sidled close and looked. She was right: there was a page with the names of all the stories in the book. There were a lot of stories, about knights and magic and strange words. Read one a night, they’d take up a month of winter nights. And every book had a month’s worth of stories in it? Now, that was
concentrated
entertainment value.

Myko, squinting at the page, must have decided the same thing. “Okay,” he said, “But you’ll have to carry it. And don’t complain if it’s heavy.”

“I won’t,” said Sunny, putting her nose in the air.

Myko glanced at me and did a double take.

“It’s the only one I want,” I said, “And anyhow, you got to take all the ones you want!” He knew it was true, too. His doublet was so stuffed out with loot, he looked pregnant.

Myko muttered under his breath but turned away, and that meant the argument was over. “Anyway we need to leave.”

So we started to, but halfway down the first flight of stairs three books fell out of Sunny’s skirt and we had to stop while Myko took the safety pins out of all our costumes and closed up the waistband. We were almost to the second floor when Sunny lost her hold on the skirt and her books went cascading down to the landing, with the loudest noise in the universe. We scrambled down after them and were on our knees picking them up when we heard the other noise.

It was a hissing, like someone gasping for breath through whistly dentures, and a jingling, like a ring of keys, because that’s what it was. We turned our heads.

Maybe he hadn’t heard us when we ran past him on the way up. We hadn’t been talking then, just climbing, and he had a lot of hair in his ears and a pink plastic sort of machine in one besides. Or maybe he’d been so wrapped up, the way I had been in reading, that he hadn’t even noticed us when we’d pattered past. But he hadn’t been reading.

There were no books in this part of the library. All there was on the shelves was old magazines and stacks and stacks of yellow newspapers. The newspapers weren’t crumpled into balls in the bottoms of old boxes, which was the only way we ever saw them, they were smooth and flat. But most of them were drifted on the floor like leaves, hundreds and hundreds of big leaves, ankle-deep, and on every single one was a square with sort of checkered patterns and numbers printed in the squares and words written in in pencil.

I didn’t know what a crossword puzzle was then but the old man must have been coming there for years, maybe ever since it all went down, years and years he’d been working his way through all those magazines and papers, hunting down every single puzzle and filling in every one. He was dropping a stub of a pencil now as he got to his feet, snarling at us, showing three brown teeth. His eyes behind his glasses were these huge distorted magnified things, and full of crazy anger. He came over the paper-drifts at us fast and light as a spider.

Sunny screamed and I screamed too. Frantically she shoved all the books she could into her skirt and I grabbed up most of what she’d missed but we were taking too long. The old man brought up his cane and smacked it down,
crack
but he missed us on his first try and by then Myko had drawn his wooden sword and put it against the old man’s chest and shoved hard. The old man fell with a crash, still flailing his cane but he was on his side and striking at us faster than you’d believe and so mad now he was just making noises, with spittle flying from his mouth. His cane hit my knee as I scrambled up. It hurt like fire and I yelped. Myko kicked him and yelled, “Run!”

We bailed, Sunny and I did, we thundered down the rest of the stairs and didn’t stop until we were out in the last chamber by the street doors. “Myko’s still up there,” said Sunny. I had an agonizing few seconds before deciding to volunteer to go back and look for him. I was just opening my mouth when we spotted him running down the stairs and out towards us.

“Oh, good,” said Sunny. She tied a knot in one corner of her skirt for a handle and had already hoisted it over her shoulder on to her back and was heading for the door as Myko joined us. He was clutching the one book we’d missed on the landing. It was
The Lilac Fairy Book
and there were a couple of spatters of what looked like blood on its cover.

“Here. You carry it.” Myko shoved the book at me. I took it and wiped it off. We followed Sunny out. I looked at him sidelong. There was blood on his sword too.

It took me two blocks, though, jogging after Sunny through the rain, before I worked up the nerve to lean close to him as we ran and ask: “Did you kill that guy?”

To this day I don’t know if he was telling the truth. It was the kind of thing he would have said, whether it was true or not. I didn’t know what I was supposed to say back. We both kept running. The rain got a lot harder and Myko left me behind in a burst of speed, catching up to Sunny and grabbing her bundle of books. He slung it over his shoulder. They kept going, side by side. I had all I could do not to fall behind.

By the time we got back the Show was long over. The crew was taking down the stage in the rain, stacking the big planks. Because of the rain no market stalls had been set up but there was a line of old people with umbrellas standing by Uncle Chris’s trailer, since he’d offered to repair any dentures that needed fixing with his jeweler’s tools. Myko veered us away from them behind Aunt Selene’s trailer, and there we ran smack into our moms and Aunt Nera. They had been looking for us for an hour and were really mad.

I was scared sick the whole next day, in case the old people got out their guns and came to get us but nobody seemed to notice the old man was dead and missing, if he
was
dead. The other thing I was scared would happen was that Aunt Kestrel or Aunt Nera would get to talking with the other women and say something like, “Oh, by the way, the kids found a library and salvaged some books, maybe we should all go over and get some books for the other kids too?” because that was exactly the sort of thing they were always doing, and then they’d find the old man’s body. But they didn’t. Maybe nobody did anything because the rain kept all the aunts and kids and old people in next day. Maybe the old man had been a hermit and lived by himself in the library, so no one would find his body for ages.

I never found out what happened. We left after a couple of days, after Uncle Buck and the others had opened up an office tower and salvaged all the good copper they could carry. I had a knee swollen up and purple where the old man had hit it but it was better in about a week. The books were worth the pain.

They lasted us for years. We read them and we passed them on to the other kids and they read them too, and the stories got into our games and our dreams and the way we thought about the world. What I liked best about my comics was that even when the heroes went off to far places and had adventures, they always came back to their village in the end and everybody was happy and together.

Myko liked the other kind of story, where the hero leaves and has glorious adventures but maybe never comes back. He was bored with the Show by the time he was twenty and went off to some big city up north where he’d heard they had their electrics running again. Lights were finally starting to come back on in the towns we worked, so it seemed likely. He still had that voice that could make anything seem like a good idea, see, and now he had all those fancy words he’d gotten out of Roget’s The Saurus too. So I guess I shouldn’t have been surprised that he talked Sunny into going with him.

Sunny came back alone after a year. She wouldn’t talk about what happened and I didn’t ask. Eliza was born three months later.

Everyone knows she isn’t mine. I don’t mind.

We read to her on winter nights. She likes stories.

And the Deep Blue Sea
by Elizabeth Bear

Fermi and Frost
by Frederik Pohl

Life in the Anthropocene
by Paul Di Filippo 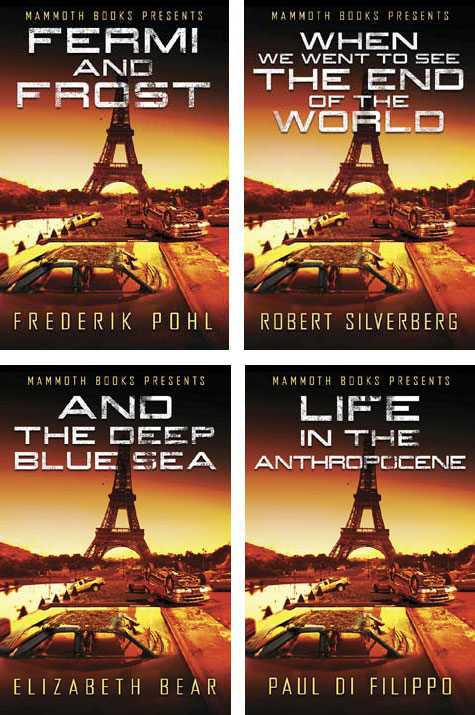 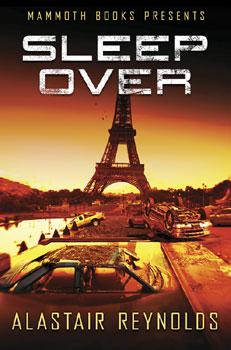 Visit Mammoth Books on the web 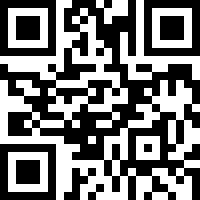 The Man Without a Face by ALEXANDER_
The Dig for Kids: Luke Vol. 1 by Schwenk, Patrick
The Mormon Candidate - a Novel by Avraham Azrieli
The Charm Stone by Donna Kauffman
Midnight Runner by Jack Higgins
2006 - A Piano in The Pyrenees by Tony Hawks, Prefers to remain anonymous
Thorazine Beach by Bradley Harris
A Tale of Two Cities by Charles Dickens
Partials by Dan Wells
Running from Love: A Story for Runners and Lovers by Gaston, Rozsa