A moment passed where she could no longer keep her eyelids open. She pressed on, needing to learn more about her surroundings.

"I thought I was the one asking the questions?" He took a piece of coconut and started munching on it.

"A friend," he touched her chin, a loving gesture which made her cringe. "that found you three days ago."

She looked around, trying to remember what happened to her, what had brought her to this unfamiliar place. Everything was unclear at the moment. She had a sense that it would come back to her in time. Right now she cared more about where she was than how she'd arrived there.

He looked around, gesturing to a blurry, fish-reeking cave. "My home, of course."

Strangely, he avoided the question. "You aren't going to get well unless you bundle up and get some sleep. We'll talk again when you wake up."

She started to protest, but he put a fish-stinking finger to her lips. "And I'll leave this coconut for you when you can stomach it. You do want to get well, don't you?"

He removed his finger when she nodded.

She closed her eyes and shuddered. She told herself it wasn't the man who frightened her. It was his grotesque debilitating body.

She drifted and slept once again. 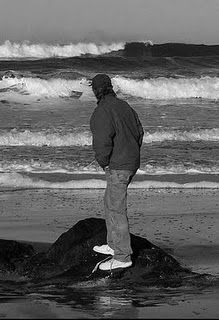 Todd Russell loves reading and writing scary, thrilling, suspenseful stories. He lives in the small city of Orting, Washington overlooking the beautiful, active and deadly, Mount Rainier. He is working on his next book.

What are some things that scare Russell? Broken shards of glass, rock music after the 80s, clichés, Sunday night, predictability, stalemate chess matches, who really shot JFK, the iceberg that downed the Titanic, asteroids hitting earth and the insatiable beast known as ET Cetera.

Correspondences for the author should be addressed to:

The Editor's Wife by Clare Chambers
The Renegade: A Tale of Robert the Bruce by Whyte, Jack
The Avenger 13 - Murder on Wheels by Kenneth Robeson
The Fall of the Stone City by Kadare, Ismail
Fire In The Blood (Shards Of A Broken Sword Book 2) by Gingell, W.R.
Anna in Chains by Merrill Joan Gerber
Oblivion (The Watcher Chronicles #3) by S.J. West
Empty by K. M. Walton
Mistress of the Wind by Michelle Diener
Licked by the Flame by Serena Gilley