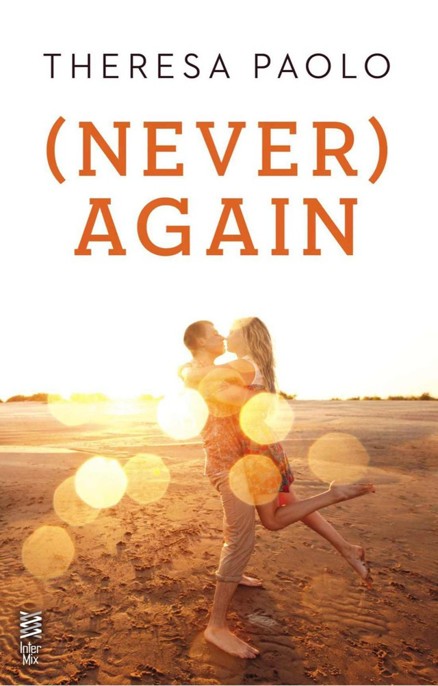 Annotation
Just when she had finally moved on…
…He moved back.
When college freshman Liz Wagner hears her ex's voice for the first time since he moved clear across the freaking country, she does what any respectable girl would do: Dive into the girls' bathroom.
Zach Roberts—the Zach Roberts—is back. And he’s everywhere Liz looks—infiltrating her friend group, buddy-buddy with her brother. It’s enough to ruin college altogether. But what choice does she have but to put on a happy face and pretend he didn't leave her vulnerable and alone in a pile of emotional wreckage?
Pretending works, until tragedy strikes and the only person available for comfort is the one person she wants to stay away from. When Zach turns out not to be the jerk she convinced herself he was, but the boy she used to love, Liz needs to decide whether to open her heart again to the boy who tore it out.
(Never) Again
by
Theresa Paolo

To my parents, John and Carol, for always having faith in me even when I didn’t.

A Duke's Wicked Kiss (Entangled Select) by Kathleen Bittner Roth
The King's Mistress by Emma Campion
Out of My Mind by Draper, Sharon M.
Leather and Pleasure by Jennifer Labelle
HEAR by Robin Epstein
Watch Out for the Big Girls by J.M. Benjamin
The Colors of Love by Grant, Vanessa
Born to Fight by Tara Brown
The Field of Blood by Paul Doherty
This Cowboy's Heart by Cia Leah