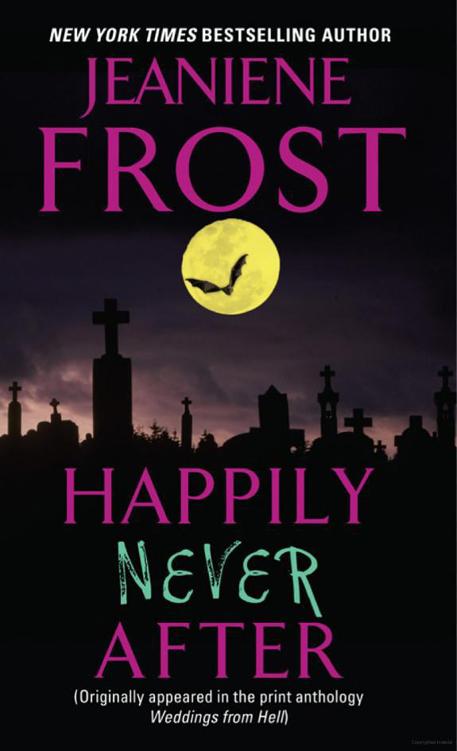 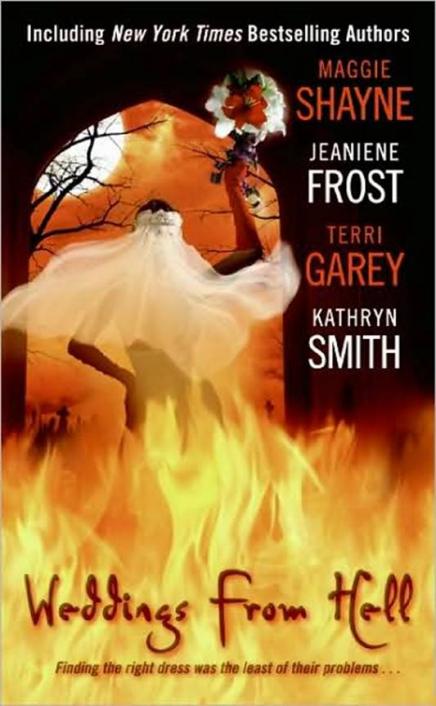 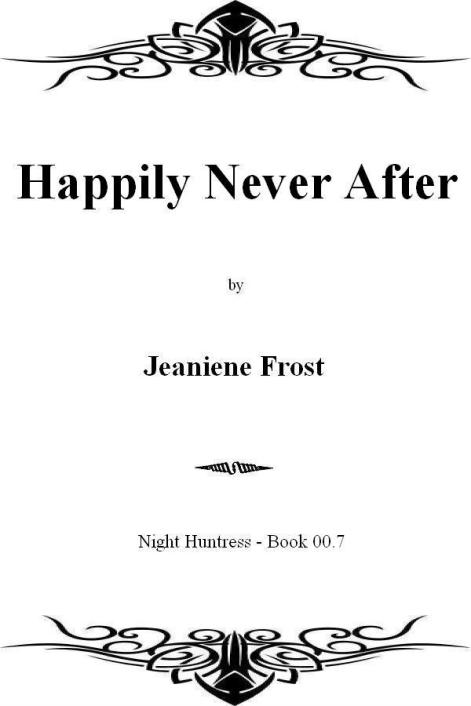 The old woman glanced at her watch. Quarter to eleven. It wouldn't be long now.

Across the dark alley, two young men sauntered over with the sly, exaggerated swagger of teenagers up to no good. She barely spared them a glance as she tapped her foot and hummed. Once,
very
long ago, she'd have sauntered over to them, swinging her hips and murmuring promises of pleasure—for a price. But that had been another lifetime ago.

The youths came nearer, greed and opportunism glittering in their eyes. The woman knew she looked like an easy target: a senior citizen standing in a dimly lit alley wearing an expensive trench coat, a gold watch, with a bulky purse dangling from her age-skinny arm. She may as well have added a sign that said "come and get me!"

"
Whatcha
doin
' out here, grandma?" one of them
singsonged
.
The other hung back a foot or two, eyes flickering around to see if anyone was watching. No one was. People minded their own business on this side of South Philly.

At a nod from his lookout, the other punk pulled out a switchblade.

"Give me your money, your jewelry, and your purse. Or I'll cut you."

The old woman smiled. "Do you know what you two are?" she asked in an amused voice.

They looked at each other in surprise, clearly not expecting her lack of fear. Then their scowls returned.

"Yeah, we're the guys robbing you!" the one with the knife snapped.

"No," said a voice from the other end of the alley, an English accent decorating his words. "You're
dinner.
"

Before the two could blink, they were dangling by their throats from pale, rock-steady hands. One was yanked close to the black-clad figure. The stranger's eyes changed from brown to glowing green as he dipped his head to the exposed throat. The youth's partner in crime, still hoisted aloft, could only make terrified grunts as he watched fangs pierce his friend's neck.

Then the stranger dropped the now-limp form and latched his mouth onto the other available neck. A minute later the second youth dropped flaccidly to the street. The stranger wiped his mouth with the back of his hand and then pulled the old woman to him.

Instead of struggling, she hugged him as hard as her feeble body could manage. He squeezed back gently, smiling when he let her go.

"Greta, whatever were you thinking by telling me to meet you here? This is no place for you."

She laughed with a hint of her former bawdy cackle.

"I was thinking you'd be hungry, Bones. I knew I'd have something for you to eat by the time you got here."

He chuckled as well, brushing a strand of white hair from her face.
"Same old Greta.
Always finding ways to please her blokes."

She felt the warmth of many pleasant memories shimmer through her. Bones' beautiful face hadn't changed with time, and that was a comfort. Time was merciless on so many things, including
herself
, but it had no power over the blond vampire standing in front of her.

She glanced at the still forms near their feet. "Are they dead?" she asked, more curious than concerned.

Absently Bones kicked one of them.
"No, just unconscious.
I'll drop these sods in the nearest dumpster before we leave.
Serves them right for threatening you."

Which brought her to why she'd called him here.
"I need a favor," Greta said.

He took her hand.
Once his skin would have felt noticeably cooler, but no longer.
With the meal he just ate and my poor circulation,
Greta thought wryly,
we're almost the same temperature
.

If he thought that as well, it didn't show on his face. Very softly, he kissed her fingers.

"Whatever you need, you know you have but to ask."

Tears pricked her eyes. A long time ago, she'd left the home Bones gave her to marry a man she'd fallen madly in love with. Fifty years later, she didn't regret her decision, but sometimes she wondered how things would have turned out if she'd stayed with Bones instead.

Greta shook off the memories. "It's my grandchildren," she began. "They're in trouble."

"I can't handle this myself,
luv
, because I'm focusing all my energy on finding someone, but I'll send a bloke who'll take care of things. I trust him, so you'll all be in good hands.
My word on it."

Greta smiled. "That's more than enough for me."

Isabella peeked through the slats sectioning off the prep room from the rest of her restaurant's on-display kitchen. Yes, the dark-haired man was still at his table, and yes, he was still staring at her.

Fool
, she thought as she jerked out of sight. Hadn't he heard? She was now engaged to Robert "Robbery"
Bertini
.
Here comes the bride
, she thought with a fresh spurt of anger. Why hadn't she just gone out with Robert the first time he asked?
Or the tenth?
It was only her repeated refusals that made her stand out from all the other women he had on his expensively clad arm. She'd seen
Goodfellas
,
she should have known that saying no to a mob boss, even a relatively minor one like Robert, would only encourage him to go after her. Why had he decided to come to her restaurant every Thursday night, anyway? If he'd never set foot in here, none of this would have happened!

Actually, it could all be blamed on meatballs.
Isa
gave a nearby pan of seasoned meaty goodness an evil glare. Yep, it was their fault. Damned tasty little bastards had put her late parents' restaurant on the map. Who knew they'd also turn out to be a local mafia boss's favorite meal?

"
Isa
, table nine wants to see you!" her head chef Frank called out.

She grimaced. That was Tall, Dark and
Dumb's
table, the new customer with the staring problem. Under other circumstances,
Isa
wouldn't have minded his fixed attention. He certainly wasn't hard to look at—brown hair falling just above his shoulders, a lean build, and a half-smile that managed to be charming and a trifle devious at the same time.

But today was Thursday, so her fiancé—
for the time being only
, she promised herself—was here with his usual quartet of goons.
Isa
had already noticed Robert giving a couple of pointed glares to the man for his obvious fixation on her. Soon Robert wouldn't settle for just dirty looks. He'd have the stranger taken out back and his knees broken, if he was in a good mood.
Isa
didn't want to think about what would happen to the man if Robert was testy tonight.

She made her way to table nine with a polite yet frosty smile on her face. At
Spagarelli's
,
Isa
was known for taking time to stop and talk to the patrons, remember the names of her regulars, and even have a drink with some of them. When she'd reopened this restaurant, she wanted to be hands-on with everything, including the customers. Now, of course, it made it impossible for her to refuse Tall, Dark and
Dumb's
request to speak with the owner. She hoped Robert had chosen now to go to the little boy's room, but he hadn't. Instead, he watched her approach the man's table with narrowed black eyes.

"
Isa
," he called out, displeasure clear in his gravelly voice.

"Just a moment," she said with false brightness. "I have to attend to a customer."

What she really wanted to tell Robert was to shut the hell up and leave.
Permanently.
But she couldn't say that, nor could she tell him the other thing that was constantly on the tip of her tongue—that she'd rather marry Al Capone's corpse than him. After all, Frazier was depending on her. Where he was or why she needed to pretend she was going ahead with this wedding,
Isa
didn't know, but the last time she'd spoken to her brother, Frazier said it was a matter of life and death.

So she played the future Mrs. Robert
Bertini
, which wasn't easy. Robert had visions of becoming the next Michael
Corleone
, and to accomplish that, he thought he needed the ideal Mafioso image of being married to a traditional Italian woman. The fact that
Isa
owned a perfect money-laundering front with her restaurant was just the icing on the cake, she was certain.

Well, Robert had a lot to learn. Anyone who knew her well would have known that trying to blackmail
Isa
into marriage was a bad idea. Pure-blooded Italian she might be, but a traditional, docile crime-lord wife she was
not
.

Frustration over the whole situation boiled just below the surface as
Isa
plonked
down across from the man at table nine, making sure her back was to Robert.

"Can I help you?" she asked with far less tact than normal.

A slow smile lit his face, making him look even more wickedly enticing.

Isa
was not in the mood for banter. She could practically hear the steam coming out of Robert's ears. This man would be lucky to leave here alive. The longer she talked to him, the less chance he had of that. She couldn't afford to risk his life by playing polite restaurateur.

"The only way I'd need your help is if you were a restaurant critic or a health inspector. Now, unless you have something to say about the wine, since you haven't eaten a bite of food, I really must go—"

"Robbery's got you on a short leash, doesn't he?" the man interrupted. "
Yessir
, he's been glaring holes into my head for the past hour."

Isa's
mouth dropped. So did her opinion of him. If he knew who Robert was, and he'd been eye-humping his fiancée right in front of him anyway, then he had to be the world's biggest fool.

"Are you drunk?" she asked low.

He laughed with a toss of his head.
"Nothing like that, Isabella.
My name's Chance, by the way.
Pleased to meet you."

He held out his hand.
Isa
shook it briefly and then stood.

"Enjoy the rest of your wine, Mr. Chance."