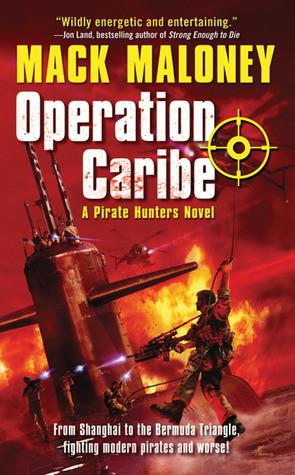 Thanks to the usual suspects and especially to Sky Club for providing the soundtrack.

Part One: Saving the
Saud el-Saud

Part Two: The
Other
Pirates of the Caribbean

Off the coast of Somalia

THE OH-6J ATTACK helicopter circled the mega-yacht twice before landing on its stern-mounted helipad.

The copter was armed to the teeth with a .50-caliber machine gun attached to each side of its fuselage, small winglets holding mounted rocket pods, and a 30mm cannon that jutted out of its nose. The copter was painted ghostly gray; a decal on the pilot’s door identified it as
Bad Dawg One
.

Six vessels were anchored around the mega-yacht. Crews from four Kenyan patrol boats, a French destroyer and a Spanish minesweeper anxiously watched the copter land. A U.S. Navy guided-missile cruiser, the USS
Robert J. Messia
, lurked nearby. A forest of antennas sticking out of its bridge was the only hint that the cruiser frequently engaged in intelligence operations.

An enormous black-and-green vessel ten miles away was barely visible in the haze. It was a supertanker of sorts, but it was not full of crude oil. Rather, it was an LNG carrier—as in liquefied natural gas. The ship was more than a thousand feet long, with five large geodesic dome shapes protruding from its deck. These domes contained 500,000 cubic feet of highly explosive LNG. The ship sat at anchor, no other vessels anywhere near it.

The rotors on the OH-6J finally stopped spinning and five men climbed out. They did not look like military types. Each wore his hair long and sported a stubbly, rock-star beard. One had earrings dangling from both lobes; another’s open shirt revealed tattoos of ammunition belts crisscrossing his chest. The copter’s pilot had a black patch over his left eye. One man walked with a prosthetic leg. A fifth man was missing his left hand.

Colonel Omir Zamal of the
Al Mukhabarat Al A’amah,
Saudi Arabia’s version of the CIA, was waiting for them. A large man stuffed inside desert battle fatigues, he was surrounded by heavily armed guards. Indeed, there were armed men scattered all over the huge yacht’s upper decks.

Zamal’s aide was standing next to him. At first sight of the five men alighting from the helicopter, he whispered to his boss: “Are these the people we’ve all been waiting for? Or have they just escaped from a carnival?”

Zamal approached the men and offered only the briefest of introductions; there were no salutes, no handshakes.

“What’s the situation?” the man with the eye patch asked him.

Zamal indicated the huge LNG ship in the distance. “The pirates who seized it are definitely Somalis,” he said in heavily accented English. “They killed six members of the crew when they came aboard, and now they’re threatening to blow up the ship if their demands are not met.”

“And what are the demands?”

The man with the earrings let out a whistle. “Now, that’s some serious coin.”

“How much is the ship worth?” the man with the patch asked, studying the LNG carrier through an electronic telescope held up to his good eye.

“More than a billion dollars,” the Saudi officer said. “With the LNG on board? Maybe another hundred million.”

“They picked the right ship to swipe,” the man without a hand said.

“These pirates were well-prepared,” Zamal told them. “They brought lots of food and water on board with them. They also brought ammunition, military radios, batteries, even a satellite dish so they’re able to monitor media broadcasts and listen in on military communications, including NATO radio traffic.”

“They’re smart,” the man with the tattoos said. “And that’s scary.”

“It gets worse,” Zamal said. “They’ve rigged the ship with explosives—lots of them. So blowing it up is no idle threat. And they did not plant these explosives in any haphazard fashion. They put them in just the right places to cause the most damage in the shortest amount of time.”

“How do you know that?” the one-eyed man asked.

“Because they posted a video of it,” Zamal replied. “On YouTube.”

The officer snapped his fingers and his aide pulled out a BlackBerry. He punched up a video that showed a collage of shadowy figures placing explosives below the LNG carrier’s decks.

“They must have studied the structural stress points of this type of LNG tanker,” Zamal explained. “Our experts tell us those charges are planted in such a way that if they blow up, they’ll instantly ignite the liquefied gas. If that happens, that ship will light up like the sun and everything will be gone in about two seconds.”

“How many crew are left alive on board?” the one-eyed man asked.

“And how many pirates are there?”

“And any idea
where
they are on board?”

“Again—they’re outsmarting us,” Zamal replied. “They came aboard wearing clothes similar to the crew. Heavy work shirts, overalls, bandanas, hard hats. They have the real crewmembers doing their routine maintenance tasks, so when we look through our long-range binoculars, we can see people walking around on deck all the time. We just don’t know who’s bad and who’s good.”

The one-eyed man studied the ship further. “And how much gas is in that thing again?”

The man with the earrings whistled again. “If it blows, it will make a pretty big hole in the ocean.”

Zamal nodded grimly. “Now you understand why we’re all anchored so far away.”

ZAMAL BROUGHT THE five men below and led them on a long trek to the front of the huge pleasure craft. It was like walking through a luxury hotel. They passed by gigantic guest areas, salons, spas and dining areas. Giant bedrooms led into lavishly appointed private lounges and Jacuzzi spas. One cabin featured an infinity pool looking out onto the sea. Another held a movie theater, complete with candy counter and popcorn machine. Still another had six billiards tables, and another, a complete tailor’s shop. One of the largest cabins was a children’s playroom. It was filled with a variety of toys, many of which were strewn about on the floor. Dozens of boxes, unopened on the shelves, held more.

“The owner is a big movie fan,” Zamal explained, playing the unofficial tour guide. “He loves billiards and dressing well. And, as he has many wives, he also has many, many children.”

They finally reached their destination: the captain’s master galley. This cabin had the look of an ultra-exclusive, modern restaurant, all tablecloths and candles and tasteful chandeliers. The mega-yacht’s owner, Prince Saud el-Saud, was waiting here. He also owned the hijacked LNG carrier, which bore his name. A small man with a huge mustache and glasses, he sat at the head of an enormous dinner table, wearing the traditional Saudi
thwarb
and
ghutra an iqal
, looking worried.

Sitting to el-Saud’s right was a younger man, a Westerner wearing sunglasses and a bad suit. To his left sat an older African man wearing rumpled doctor’s scrubs. He looked like he hadn’t slept in days.

The five visitors fell into seats at the other end of the table. The Prince studied them up and down. He knew a lot about them; most people in this part of the world did, especially those who made their living moving cargo on the high seas.

They were Team Whiskey. Former members of the elite Delta Force of the United States military, they’d been part of the small army of American special forces who’d pursued Osama bin Laden in the mountains of Afghanistan immediately after 9/11. The rumors said Team Whiskey actually cornered bin Laden near the mountain fortress of Tora Bora and had him in their gun sights, only to be ordered by someone at the highest level of the administration in Washington to let him go.

When bin Laden escaped, Whiskey raised such holy hell with their higher-ups, they were eventually bounced from the U.S. military altogether. Their leader—the man with the eye patch—created such a stink, he was imprisoned for seven years on trumped-up charges and then forbidden to ever set foot on U.S. soil again.

Prince el-Saud had obtained dossiers on each man. The team’s leader, “Snake” Nolan, had lost his eye, and apparently part of his sanity, during that futile chase after bin Laden. “Crash” Stacks, he of the blond spiked hair and dangling earrings, was the team’s marksman and could put a bullet up someone’s nose from four miles away. “Gunner” Lapook, the tattooed giant of the group, was the weapons expert and door-kicker. When the team needed to do a forced entry, he always went in first. “Twitch” Kapula, a native Hawaiian, was the team’s explosives man. Small and muscular, with dark skin and Polynesian features, he’d left his right leg, and part of
his
sanity, back in Tora Bora, too.

The fifth team member was “Batman” Bob Graves, the man missing his left hand. In a world where prosthetic limbs looked like real human appendages, Graves’s false hand most closely resembled a Trautman Hook. An invention of the 1920s, it was two pieces of dull steel, each about four inches long. With its slightly bent tips, the hook’s functions were limited to pinch and release and little more.

Team Whiskey had reunited six months before, and eventually reinvented themselves as an anti-piracy outfit. Banking on their special ops skills and far-reaching connections, they had delivered in a very short time results that were nothing short of fantastic. They’d fought two small wars against a powerful Indonesian pirate named Zeek Kurjan, finally killing him and destroying his large seafaring gang. They’d recovered a multimillion-dollar Indian Navy warship after Somali pirates had hijacked it near the Maldives. They’d saved a cruise liner full of Russian mafia bosses from a mass-poisoning attempt in the Aegean Sea, and they were believed to have been involved in the recovery of a unique multi-
billion
-dollar microchip buried on an uncharted island off East Africa.

Spud by Patricia Orvis
There’s A Boy in the Girl’s Bathroom by Louis Sachar
Destroyer of Worlds by Jordan L. Hawk
So Pretty It Hurts by Kate White
A Lady in Defiance by Heather Blanton
Bride in a Gilded Cage by Abby Green
State of Honour by Gary Haynes
The Gifts of the Jews: How a Tribe of Desert Nomads Changed the Way Everyone Thinks and Feels by Cahill, Thomas
The Love Wars by Heller, L. Alison
The Legend of the King by Gerald Morris