Read Our Kind of People: A Continent's Challenge, a Country's Hope Online

Our Kind of People: A Continent's Challenge, a Country's Hope 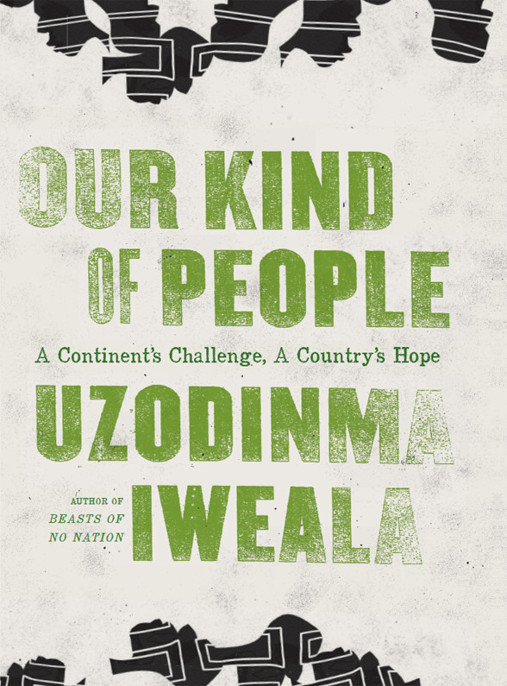 A CONTINENT’S CHALLENGE, A COUNTRY’S HOPE

F
OR THOSE WHO HAVE LIVED

In which circumstances, not to speak of many others of a similar or even graver complexion, divers apprehensions and imaginations were engendered in the minds of such as were left alive, inclining almost all of them to the same harsh resolution, to wit, to shun and abhor all contact with the sick and all that belonged to them, thinking thereby to make each his own health secure.

They called him Jerome. At least, he was popularly known as Jerome. I get the feeling that he was one of those people whom everyone knows but no one knows much about, including his real name—one of those guys who are so public that for the world they cease to have a private, inner life. There he was at the beer parlor, drink in hand, some girl giving him her undivided attention. There he was at the weddings he loved to crash, his hair barbed Cameroon style—what they might call a flattop in the United States—dressed “corporate,” as they called it in those days, in a fitted suit, armpits patchy with sweat from the heat, and a freshly pressed dress shirt complete with a broad tie that hung from his neck to just above his shiny belt buckle. To Nigerians, the Cameroonians knew style, knew how to party, knew their way around women. Jerome wasn’t Cameroonian, but maybe he should have been: he came from Cross River State in southern Nigeria, which shares a border with Cameroon.

He worked in construction—doing what, I’m not sure anyone really knows. Like so many others, he came to Abuja when the city was still in its embryonic stages, more grassland and scrub brush than roads, houses, and government buildings. The earliest arrivals came by force. They were civil servants serving at the pleasure of a president, a military dictator who, after surviving a coup attempt in the crowded, congested, and unforgiving port city of Lagos, had accelerated plans to move the capital to a brand-new location in the dead center of Nigeria. They came because their jobs—indeed, the smooth functioning of the nation—depended on it. Others, like Jerome, came by choice. A new city was rising from the fields. There were jobs. There was money, real money to be made.

And money to be spent. Abuja was bush: not too much around for families to do, so the families stayed at home in their various states while the men, rich and poor, spent their money at brukutu joints, drinking the strong, freshly brewed Guinea corn (sorghum) liquor that gave the establishments their names. They sat on benches beneath the thatched roofs of open-air gazebos built in impromptu clusters, watching one another stagger around, their chatter growing louder and louder with the force of their drink. Away from their families, they would go to prostitutes. Jerome liked prostitutes—the thrill, the release of tension. He would take his friends, some of them much younger than he, to the back alleys and narrow passages between rattan and sackcloth huts where rainwater mixed with wastewater from the washing, where women, young and not so young, in tight spandex shirts that accentuated their cleavage, in leggings or jeans that emphasized their behinds, stood waiting for all manner of men and their money.

Jerome always had money, definitely enough for himself. Usually he had enough to help a friend inside those dimly lit rooms with their single mattresses and brightly colored plastic buckets for the necessary postcoital ablutions.

“Have fun!” he would encourage them. And he would have fun. “Work hard, play harder,” the saying goes. That was Jerome. He worked. He played and he played.

Nobody saw it coming, least of all Jerome.

Her name was Agatha. She was young, probably not more than sixteen years old, but pretty in an adult way. Her body was developed beyond her years, and yet she still had a freshness that older women who looked like her had long since lost. She appeared one day in Jerome’s compound at an apartment not far from his. She, like many other young village girls, probably had been sent up from her village down south by her parents to live with an uncle and his wife, to do house chores for them, and to care for their kids. In return, she would receive training, hopefully further her education, and at some point begin contributing to the upkeep of the parents who’d brought her into this world, helping them to support her siblings, who would also need to better themselves away from the backwater of Cross River State.

Who knows what first happened between them, whether it was a glance or a smile, or maybe one overheard the other speaking in their native southern tongue—a refreshing sound in Abuja, full of northern Hausa speakers—and intrigued, struck up a conversation. Everyone who knew them knows that things progressed quickly. She didn’t really stand a chance, a naive village girl away from home, up against a suave, maybe even slick, city guy who had known many women. Like Diego Maradona, the Argentine soccer star, he dribbled her this way and that, they said, inviting her over to eat food that he—a grown man!—had cooked. He’d give her money, small amounts that didn’t add up to anything but that to a young village girl seemed enormous. He would tell her to ask him for anything she needed as they sat waiting for the night to fall over the city. And Jerome would make love to the girl. He would play rough with her. Then he would fill her head with “sweet talks”: “Agatha. You will be my future wife.”

As they say in Nigeria, she now knew man.

Agatha’s uncle noticed the change: disregard for the household chores, haughtiness when responding to simple questions, a sloppiness creeping into her work. He knew there was something. He had already caught her at Jerome’s house twice earlier when she should have been at home working. Fearing that the girl would run off or get pregnant, her uncle promptly gathered her belongings and sent her south, back to the village, so that if she got pregnant, her father could not say it happened on his watch.

Maybe it was Jerome who didn’t stand a chance against this fresh-faced and ever-so-gentle girl who no doubt reminded him of home, who had stilled something inside him, tamed the party animal, even if only for a moment. His friends thought that she had planted in him thoughts of the future and a desire to be responsible, because his behavior changed. He waited after she left. Maybe he even went back to his old ways, but it wasn’t the same. As soon as he collected his monthly salary from the construction company, he traveled home to Cross River and then to Agatha’s village, where he told her father that he wanted to marry her and bring her to Abuja.

Jerome would later tell his friends that the conversation was almost surreal. He stood there with the old man and stated his intentions—never mind that the girl was still young—as Agatha watched.

Then Agatha’s father turned to her and asked, “Do you know this man?”

“Yes. I know him,” she said softly but confidently.

“Did he discuss with you, say he want marry you?”

“He tell am before. Him say if these people should return me home, he will come bring me back to Abuja.”

It was unlikely that Agatha’s father would object. For people in the village, Abuja meant money, and the way Jerome looked—the hair, the suit, the shoes—who wouldn’t send his daughter away with him?

Jerome took Agatha back to Abuja, and not long after that, she got pregnant and had a baby girl. Very soon after, she became pregnant again and delivered a baby boy. That’s when the problems started.

Agatha fell ill, but Jerome didn’t want anybody to know. He hid Agatha, stopped her from attending the women’s association meetings that the Cross River indigenes in Abuja had set up. He refused to take her to the hospital. His closest friends didn’t understand why. Did he not have money for the hospital? Was he ashamed? Was something else going on in that house? But people noticed Agatha’s absence. A couple of friends came round to check on her and found the poor girl suffering, unable to nurse her baby boy because one of her breasts had swollen tremendously. It continuously leaked pus—enough to fill a good-size saucer. Still Jerome refused to send the girl to the hospital until finally the breast burst open, leaving him no choice. He took her to the hospital, where they cleaned the wound, but he was unable to care for her and the two children and also continue to work. So he sent them home, back to her village, where her family could look after her, nurse her back to health.

Despite treatment at the hospital, she didn’t get better. And the new baby, Jerome’s first son, also seemed sick, weak, unable to grow. The boy soon died. Agatha grew weaker. Then she, too, died.

Jerome didn’t know when Agatha died. His friends had to tell him one night in Mararaba, an Abuja suburb. They called him to come. It was late and the air was full of the scent of brewing brukutu, humming with conversation and the sounds of the roaming Hausa bards who beat, plucked, and sang out songs of praise and tales of sadness on their one- or two-string harps and small goatskin drums. No one wanted to say it. They sat quietly with Jerome, taking in how this vibrant man had, in recent months, become a shadow of himself physically. What was bothering him? they wondered. Was it stress? Was it Agatha’s sickness? They were worried that he wouldn’t accept the news, or worse still, that he wouldn’t be able to take the news. He looked so weak. But you can only sweat silently for so long.

“You’re a man,” they told him as they sat with their brukutu. “There’s nothing to hide from you. Your wife has passed.”

S
omething wasn’t right with Jerome, and it wasn’t just the news that his wife had died. Of course, that would change any man. But Jerome’s condition was something more than grief. It wasn’t odd that he hadn’t been out to drink or party in some time. His friends assumed he was mourning his wife. But he had even stopped going to work. He stayed at home alone. Those who knew him well saw the changes the most. There was Jerome, emaciated, with sunken eyes and skin that seemed to relinquish yet another shade of brown with each day. Every time he wanted to pass gas, he soiled himself. He didn’t want to be seen in public—him, Jerome, a whole Jerome reduced and continuously reducing.