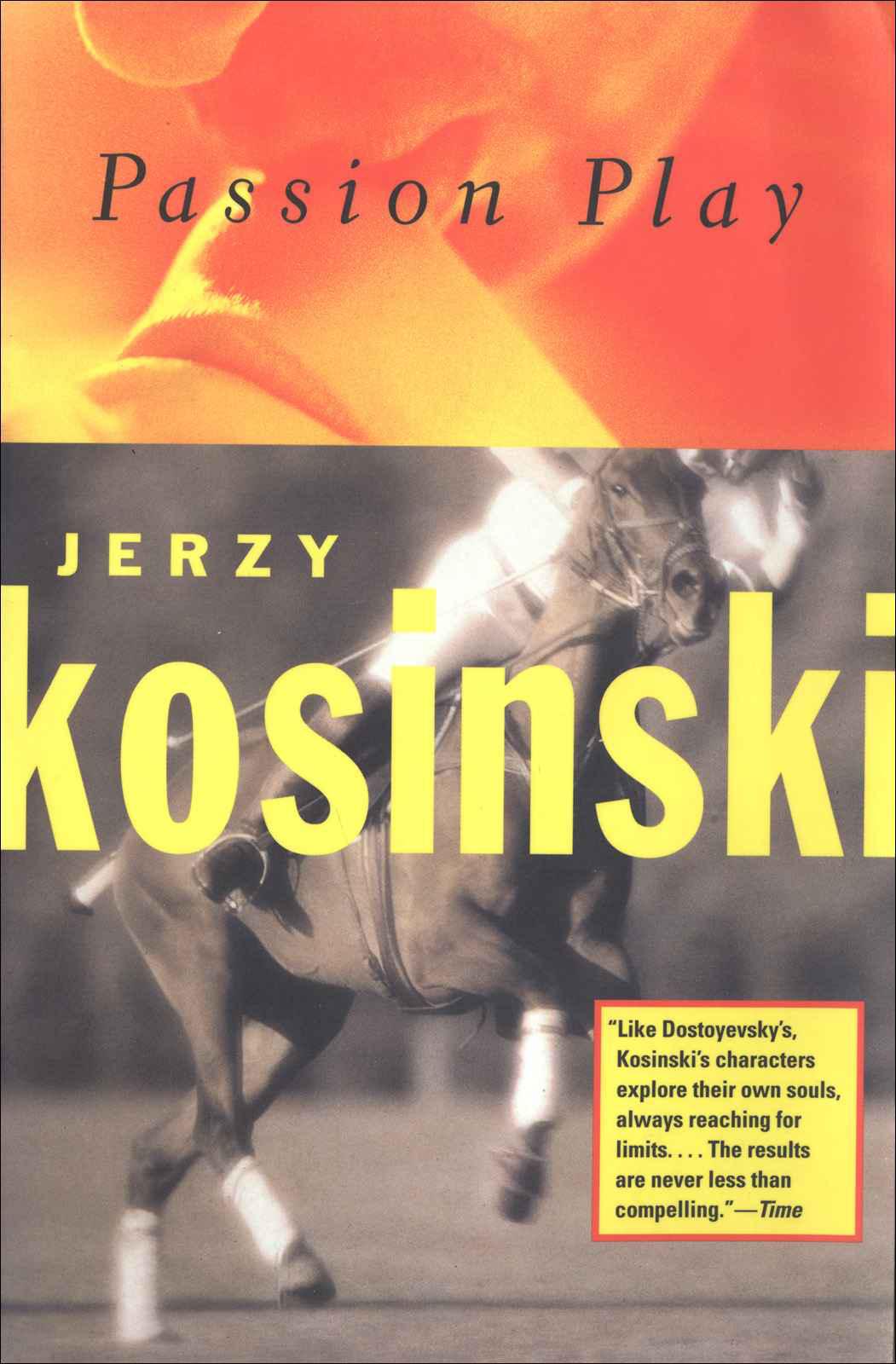 The Hermit of 69th Street

Notes of the Author

The Art of the Self

(Under the pen name Joseph Novak)

The Future Is Ours, Comrade 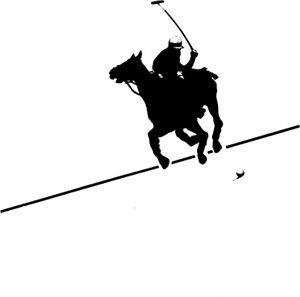 For Katherina, a gift of life, so much above life’s allowance

Author’s note:
This book is wholly fiction. Any resemblance to the present or the past is gratuitous and similarity to any actual event or character is not intended.

All this I have said, mistress, to prove to you the difference there is between some knights and others. It is only right, then, for every prince to think more highly of this last, or rather of this first species of knight errant. For, as we read in their histories, there have been some amongst them who have been the salvation, not only of one kingdom but of many.

How can the prisoner reach outside except by thrusting through the wall? To me, the white whale is that wall, shoved near to me. Sometimes I think there’s naught beyond.

Fabian decided to get a haircut. He parked his VanHome at the curb, across from the first barbershop he saw. Only when he went through the door did he realize that the place was a salon, catering to a young, fashionable clientele. There was a note of mod in the décor and in the men and women being pampered by female barbers.

A woman in her early twenties, her hair a curly, cherubic mop, gave him a shampoo. Dressed in jeans, a sleeveless silk vest hardly restraining her breasts, she chewed gum with the monotony of a tired mare chomping on its food, oblivious of the movement of her jaws and the sound of the chewing. Fabian, his head bent backward over the sink, staring at the ceiling, felt her hands massaging his scalp, the pressure of her breast against his shoulder as she leaned forward.

“How are you today?” It was a routine opening.

“You still have a lot of good hair,” she said, rinsing off the soap. “Not too much gray for a man your age!”

“Thank you,” Fabian replied. As he spoke, he regretted the poverty of language and feeling that so casually dismissed gratitude and obliterated one’s true state of being with the soiled currency of “thank you” and the worn coinage of “fine.”

“You live nearby?” the young woman asked when he was settled in the barber chair.

“Across the street,” said Fabian.

“No kidding!” The girl was surprised. “Amazing how many people live right next to you in this city and you never know it.” She began to cut his hair, her vest shifting with her every move, disclosing the curve of her neck, the pockets under her arms, glimpses of her breasts. He watched her in the mirror; their eyes met casually, then passed on to something else.

The sight of her put Fabian’s sexual instinct on alert. He felt that he would pursue her in thought until, unable to dismiss her, but unwilling to contemplate her apart from that original impulse, he would enter again sexual foray.

Yet he was alert to the workings of his mind and, after a moment, regarded the first onslaught of feeling as a momentary languor of senses, a substitute for desire, not strong enough to propel him into the world, again in quest.

“I’ve never seen polo,” said the girl, “just a TV show about this guy, a polo player, who fell off his horse, got crippled for life; then he had to play from a wheelchair. Have you ever seen it?”

“What kind of à game is polo?” the girl asked.

“For movies or TV?” She was still hopeful.

“Neither. Just books. Books on horsemanship.”

“Not quite. More about what it means to be a rider.”

“What does it mean?”

“If you really want to know, you could read a book or two about it.”

After a moment of silence, she made a final attempt. “Most
guys who come in for a haircut just sit and look at themselves in the mirror,” she said. “You keep looking around. Why?”

“I already know the guy in the mirror,” said Fabian, “but I don’t know this place.”

She was certain by now that there was nothing in him that could interest her, and she returned to her original state of boredom, drying his hair hastily, in her rush scalding his scalp with hot gusts from the hair drier.

He paid the cashier, then returned and gave her a tip. She pocketed the money without a glance.

“See you around, polo player,” she said, a joyless smile barely breaking the line of her lips.

It was warm outside. Fabian decided to find a park to walk in. Before he set out, he attached to each side of his vehicle a brightly lettered sign that read
INTERSTATE WILDLIFE CRUISER
. In this fashion, while Fabian attended to business and other affairs, his VanHome and his horses remained stationary and secure, unmolested by traffic police.

The park was crowded. An outdoor restaurant overlooked a meadow where men and women strolled or lounged on the grass, while children and dogs darted among them, playing. At a small table in a corner of the terrace, obligatory consumption was its price. Reluctantly, he ordered a sandwich and a drink. Dotted about the terrace, old, solitary women, poodles coiling between their feet, and old men, discarded, leaning on their canes, sat warming in the afternoon sun. Several dogs chased each other among the chairs. Next to Fabian, a group of roistering, young men joined forces with a cluster of college girls.

There were many of them, and they tried to force Fabian to leave. One of them asked him to relinquish the table and find another seat. When he politely refused, they turned ugly and jostled their chairs against his table, laughing at and whispering snidely about his Western-cut jeans and jacket, his high-heeled riding boots. They mocked his manner and speech; he heard one of the more pretentious girls refer to him as “that existential cowboy.” Fabian remained indifferent; he would not allow them to provoke him. Soon, tiring of their futile game, they turned to the more obvious targets of food and liquor, the sensuous weather, the tension they had worked up.

After an appropriate interval, Fabian got up and casually, as if searching for a dropped object, bent to the ground. There, leaning toward an adjacent table, he dipped a corner of a paper napkin into the yellowish puddle freshly released by one of the poodles. Then, the napkin concealed in his fist, he moved between the packed chairs, still pretending to look for some lost article. As he negotiated his passage, Fabian managed to brush the corner of the napkin along the bottom of the young men’s jackets, draped over their chairs. He was not noticed and, throwing the napkin away, he returned to his table and ordered another drink while he settled back to wait.

The poodles that, up to now, had confined themselves to scouting the ground and the undersides of chairs and tables found a new enticement in the unmistakable scent. Sniffing in expectation, with that grace proper to their breed, one after another of the poodles started to nose the jackets, each male dog fastidiously raising its rear leg to shoot with the precision of a galloping polo player striking a ball.

The sun was warm, and the men, leaning back, turned their faces to it. The dogs sported about, returning on occasion to leave their particular calling cards, unnoticed. But soon, one man reached behind him for cigarettes in the lower side pocket of his jacket. He quickly recoiled, snatching back his hand. Some remote affiliation with the animal kingdom prompted him warily to sniff it.

Having identified the odor, the man looked around for its source. He found it in the dogs joyously running around. Fabian watched the man glance about furtively, to assure himself that no one had witnessed what had befallen him. He seemed resigned to the futility of any action against the dogs and surreptitiously dried his hand with the edge of the tablecloth; then he pulled his jacket from the back of the chair and laid it on his lap to dry.

It was not long before the other men discovered the convenience their jackets had provided to man’s best friend. In mounting fury, they summoned the manager and, pointing to their soiled jackets, and the contents of their pockets, they demanded restitution. The terrace, so peaceful moments before, became a noisy arena of accusations, demands, confusion. The manager refused to submit his nose to the laboratory of odors the men thrust at
him, shouting he was not a dog, as they insisted he smell their jackets. The men fell to snarling at each other; the college girls, giggling, drifted away. One by one, the aged lords and ladies reclaimed their hounds, leashing them again, reluctantly leaving behind the sweetness of a summer day, in search of a less turbulent watering place. Fabian watched the parade departing.

In his travels, Fabian kept himself a nomad of the highway, shunning the communities of vans where so many other owners of motor homes gathered to exchange tall tales of engine trouble, of sewage vaporizers, of water tanks. Like a Bedouin’s tent, his VanHome went with him, and he with it, across whatever shifting landscape or mutable desert he might choose or chance upon, a place in which to bivouac or pitch camp when an unexpected oasis detained him, a companion when he bore down on the receding horizon, his thirst for what it promised never appeased, his voyage without destination.